A Rose By Any Other Name: The Female Quest to Maintain Identity in the Academic Setting 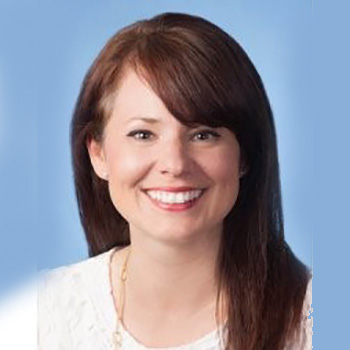 Consider this version of the classic girl meets boy story:

Girl is a valuable member of the academic community and contributes to academic knowledge through publications, presentations and mentorship. She gains a national presence and is well-known within her professional community. Girl then meets significant other. Girl marries and adopts her partner's surname. Unfortunately, the former name under which she published and her new surname are discontinuous in traditional search results through services like PubMed. Name recognition becomes an issue. Speaking invitations decrease as academic productivity under her new name begins again. Interestingly, her new spouse, also an academic, faces none of these issues of "identity change."

Recently, as a collaborator in a multicenter research organization, I was sent a copy of my individual productivity report. I was surprised to see several prior publications omitted. I thought I had avoided this issue. During my graduate school years as an MD, PhD, I hyphenated my name in an attempt to maintain continuity between my early and later career work (much to my spouse's dismay). Following receipt of this incomplete productivity report, I contacted PubMed to request that the search results for either of my names be linked. After all, I possessed an ORCID number attached to both. However, I was told this simple accommodation wasn't possible. Since then, I've found I'm not alone. A female surgical colleague shared her story of transitioning to her married surname by temporarily using both names. As a result, any simple search for her work might be conducted using as many as nine combinations with first, middle and last names, and would likely fail to correctly locate all the sought-after results. This happened even though my esteemed colleague could be uniquely identified by her social security number, medical license number, NPI number or ORCID ID. One could see this as a problem unique to the ever-increasing population of female academicians, or as an unfortunate consequence of the problematic interface between social and academic norms. One could also see this as an injustice that may affect nearly half of the academicians in our country. We are left with the option of not changing our name to reflect a social contract with our partner, or doing so before our academic career begins, and accepting the disruption of future potential name changes as a result of divorce, remarriage or simply a change of heart.

In 2020, we can search Amazon for the latest item and have it delivered in two days as targeted ads seem to appear based on our thoughts alone. In this context, are we not capable in the academic community to uniquely identify an individual's body of work without laboriously finding and entering multiple names? This disparity could easily be remedied and should no longer be seen as a necessary cost of name change. As our presence increases throughout various disciplines, we demand organizations increase their sense of smell and use unique identifiers, such as ORCID, to merge our identities. We as academic women, should still smell as sweet, even if we have a different surname. It is time to make this the case.

This content was developed independently from the content developed for ACC.org. This content was not reviewed by the American College of Cardiology (ACC) for medical accuracy and the content is provided on an "as is" basis. Inclusion on ACC.org does not constitute a guarantee or endorsement by the ACC and ACC makes no warranty that the content is accurate, complete or error-free. The content is not a substitute for personalized medical advice and is not intended to be used as the sole basis for making individualized medical or health-related decisions. Statements or opinions expressed in this content reflect the views of the authors and do not reflect the official policy of ACC.
YOU ARE HERE: Home > Membership > Member Sections > Women in Cardiology Section > Section News > A Rose By Any Other Name: The Female Quest to Maintain Identity in the Academic Setting