Despite a second year of a global pandemic, critical research continued, contributing vital evidence to the treatment and management of patients with cardiovascular disease. ACC.org Associate Senior Editor Deepak L. Bhatt, MD, MPH, FACC, and Editor-in-Chief Kim A. Eagle, MD, MACC, share their thoughts on the Top 10 trials coming out of 2021. 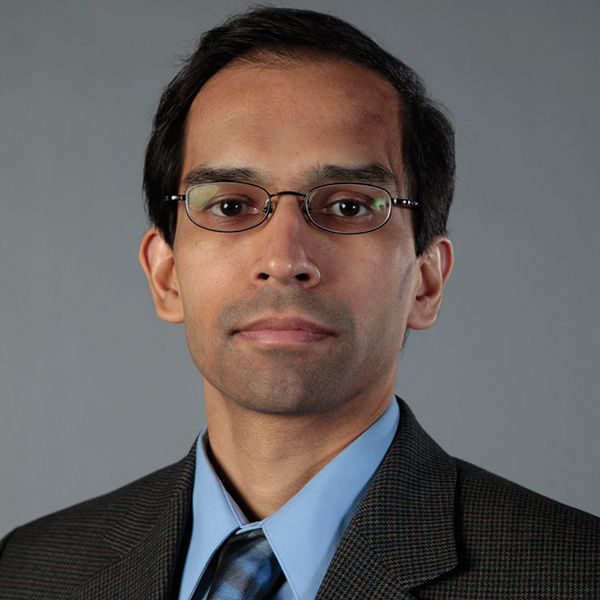 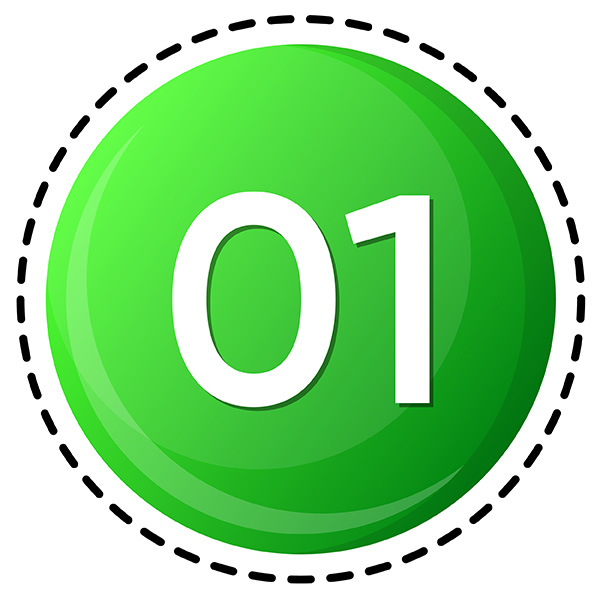 PARADISE-MI: This head-to-head comparison of sacubitril/valsartan vs. ramipril in patients with an acute myocardial infarction (MI) garnered a lot of discussion at ACC.21 about whether the trial was negative (the p value for the primary endpoint was not statistically significant) or positive (examination of recurrent and not just first heart failure [HF] events was significant). Regardless of your interpretation, this long-awaited trial provided important insights into where sacubitril/valsartan fits into clinical practice and clearly generated substantial interest. 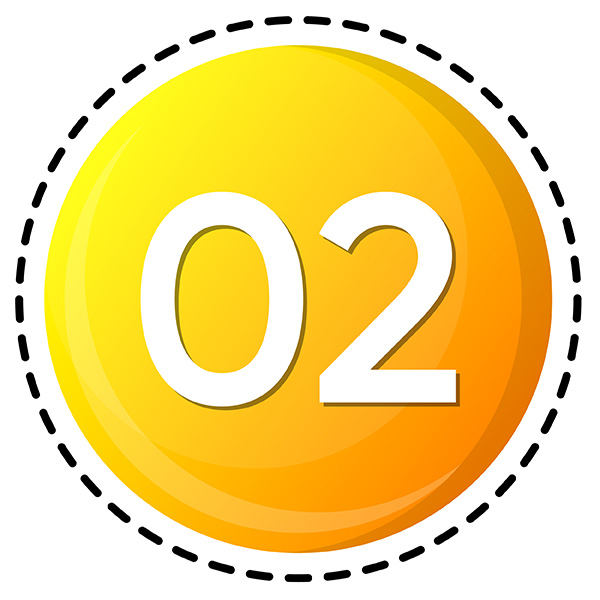 EMPEROR-Preserved: This is probably the most practice-changing trial on this list. It confirmed the benefits that had been seen in the SOLOIST-WHF and SCORED trials in patients with heart failure with preserved ejection fraction (HFpEF). Importantly, EMPEROR-Preserved extended those observations to patients without diabetes. Several insightful secondary analyses came from EMPEROR-Preserved throughout 2021, and these are easy to find with the purple highlighting in the clinical trial summary at ACC.org! In fact, all the major cardiovascular meetings last year had presentations of key data about SGLT2 inhibitors. Among the late-breaking clinical trials related to SGLT2 inhibitors at the AHA Scientific Sessions were CHIEF-HF and EMPULSE. 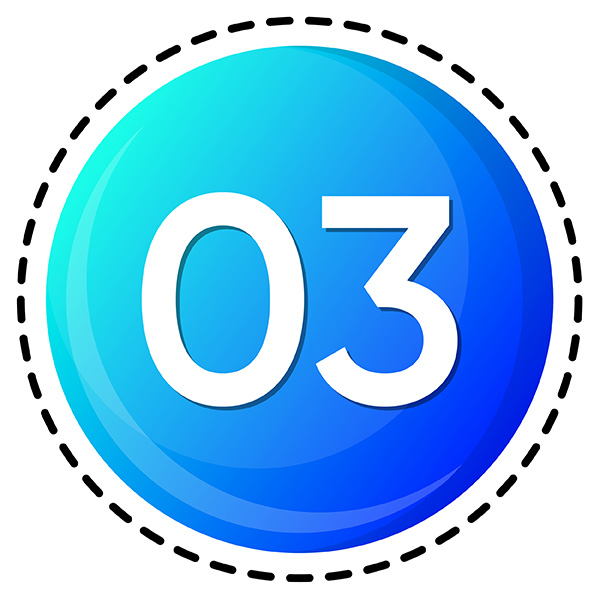 ACTION: Understandably, COVID-19 was a hot topic last year, and it was great to see cardiologists leading many of the informative trials. In ACTION, hospitalized COVID-19 patients were randomized to prophylactic vs. therapeutic anticoagulation. However, no significant benefit of therapeutic anticoagulation was seen, although there was a significant increase in bleeding. The trial results were very useful, because at the time there was a lot of variability in what hospitals were doing with COVID-19 patients in the absence of randomized data. Again in 2021, the ACC's COVID-19 Hub was one of the most popular destinations on ACC.org for our members. 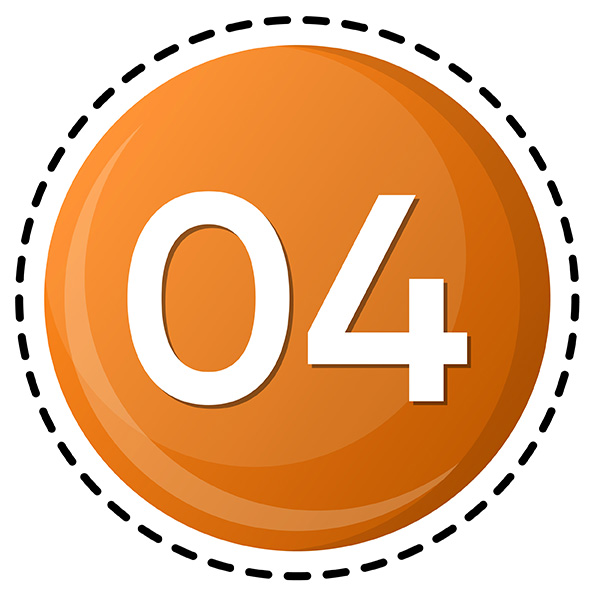 LIFE: More data about sacubitril/valsartan! In this case, in patients with advanced heart failure with reduced ejection fraction (HFrEF) and comorbidities, the drug clearly did not work. While "negative," the trial provided valuable information about the patients for whom the drugs should not be used. 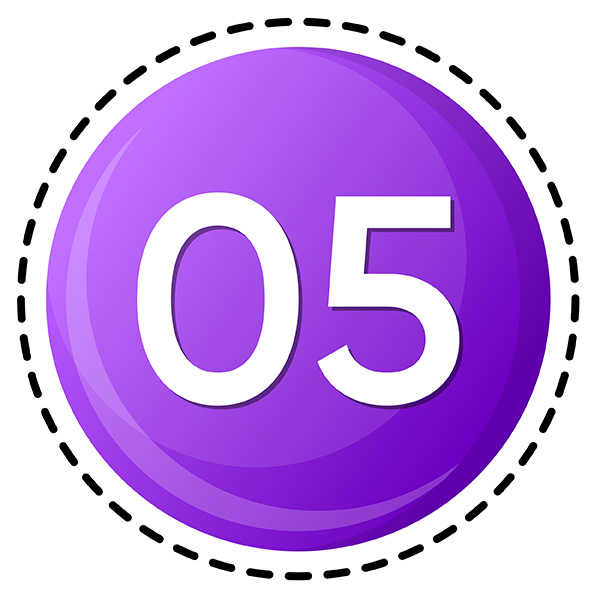 ATLANTIS: There has been great heterogeneity of practice regarding the postprocedural antithrombotic regimen of patients undergoing TAVR. In the ATLANTIS trial, patients were randomized to apixaban vs. standard of care (vitamin K antagonists if there was an indication, otherwise antiplatelet therapy). Apixaban was not superior to the standard of care arm. Notably, in patients without an indication for anticoagulation, apixaban use resulted in higher noncardiovascular mortality compared with antiplatelet therapy. However, the data generally supporting use of a non-warfarin oral anticoagulant over warfarin for atrial fibrillation still stand. 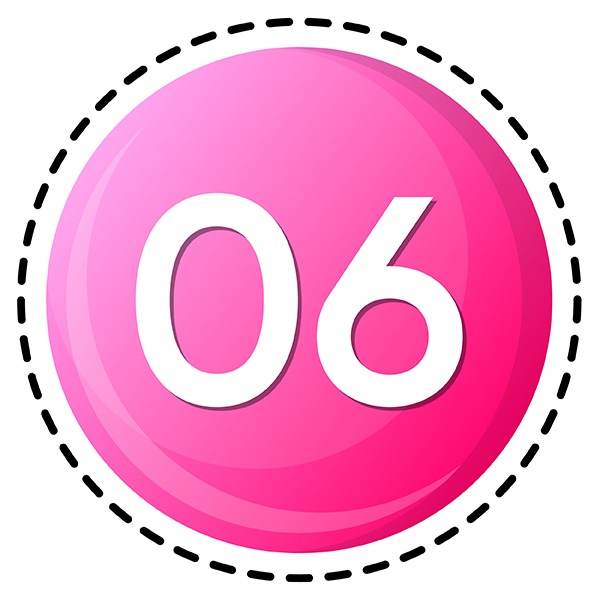 LAAOS III: Another key practice-changing trial in 2021, it looked at ligating the left atrial appendage (LAA) in patients with atrial fibrillation undergoing surgery, which many cardiac surgeons have been doing. However, while intuitive, the data supporting that practice were relatively weak. LAAOS III proved that surgical closure of the LAA by the surgeon's favorite method was highly effective in reducing ischemic stroke or systemic embolism. Of course, the majority of these patients, barring contraindications, should remain on long-term anticoagulation. 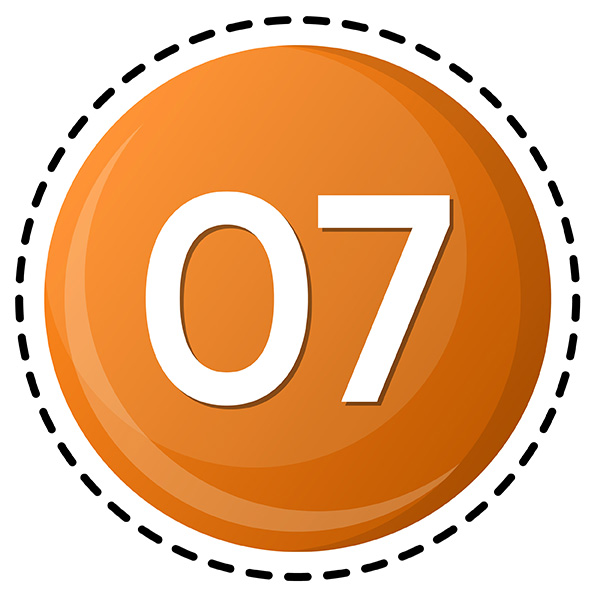 The short DAPT strategy was found to be noninferior to the standard DAPT strategy with respect to net adverse clinical events and major adverse cardiovascular events. The short DAPT strategy was superior to standard antiplatelet therapy durations with respect to bleeding complications. These patterns were consistent both in those with and without an indication for anticoagulation. While a particular type of stent (a biodegradable-polymer sirolimus-eluting coronary stent) was used in this trial, it is likely the results are generalizable to other contemporary drug-eluting stents. These data add to the growing literature supporting abbreviation of DAPT duration in patients at high bleeding risk, as any potential to reduce ischemic events with longer durations of therapy seems to become overwhelmed by the bleeding complications that occur. 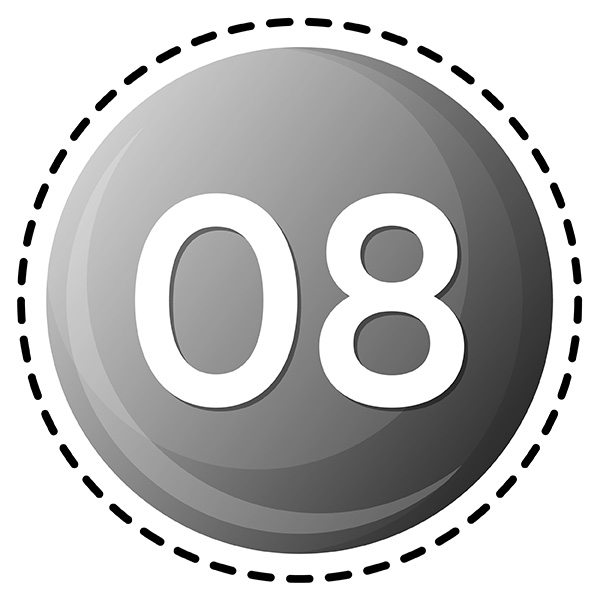 FLOWER-MI: This was a well-designed trial that showed that the use of fractional flow reserve (FFR) among STEMI patients who underwent primary PCI was not better than plain old angiography to guide further nonculprit artery revascularization. It was logical to think that FFR would improve outcomes as has been shown with stable coronary artery disease (CAD), but event rates were low and not improved with the use of FFR. STEMI is of course a different situation than stable CAD. Patients with STEMI are more likely to have plaques that are vulnerable to rupture than in stable CAD. Therefore, more complete revascularization, even of lesions that appear angiographically severe but are not ischemia-causing per se may be helpful. At any rate, it was nice to see a simpler, cheaper strategy win. 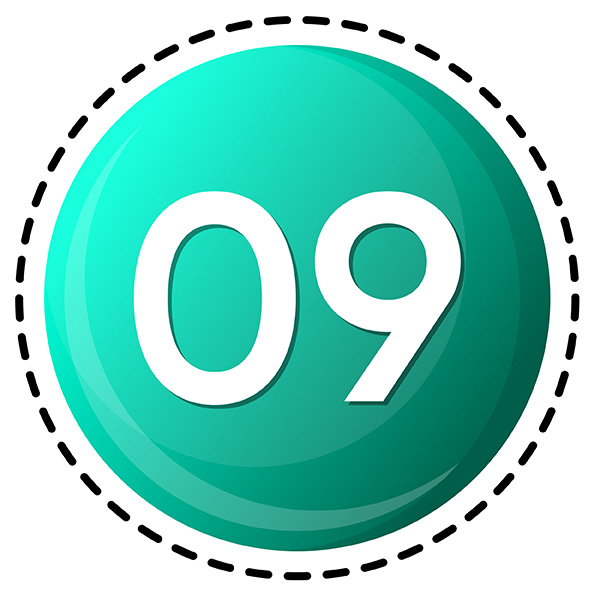 TALOS-AMI: In this trial, patients undergoing PCI for acute MI who had completed one month of DAPT with aspirin and ticagrelor without ischemic or bleeding events were randomized to either continuing that regimen or switching to aspirin plus clopidogrel for the subsequent 11 months. The trial met criteria for both noninferiority and superiority for the de-escalation strategy The results, presented at ACC.21, were primarily driven by a reduction in major bleeding episodes, but interestingly, ischemic events were also numerically lower. Whether the results can be reproduced in patients who are not East Asian as in this trial and with a larger sample size remains to be seen.

MICHELLE: This modestly sized trial showed that rivaroxaban after hospitalization for COVID-19 reduced the composite of symptomatic venous thromboembolism (VTE), VTE-related death, bilateral VTE, symptomatic arterial thromboembolism, MI, nonhemorrhagic stroke, major adverse limb event or cardiovascular death at 35 days without increasing bleeding. The results do make sense, as other trials have found that medically ill (non-COVID 19) patients who may continue to have somewhat limited mobility at home while they convalesce might benefit from anticoagulation after discharge. Other larger COVID-19 trials related to this topic are ongoing, and the results need to be evaluated prior to any major shift in practice.

The New Year promises to be a great one for clinical trials in the cardiovascular and cardiometabolic areas, say Eagle and Bhatt. Very likely, the stream of positive data for SGLT2 inhibitors and other novel diabetes drugs will continue. Further refinements in antithrombotic strategies will also be a focus, trying to balance further reductions in MI and stroke with bleeding considerations.

"There will be important trial advances in HF, interventional cardiology, electrophysiology, imaging and prevention," they say. "And of course, our knowledge of COVID-19 will expand, including aspects directly relevant to cardiovascular medicine."

According to Eagle and Bhatt, the ACC.org Editorial Team is gearing up to cover the late-breaking science out of ACC.22, as well all the major cardiovascular meetings throughout the year. Stay tuned to ACC.org and @ACCinTouch on Twitter, Instagram, LinkedIn, Facebook and WeChat for the latest in editorial coverage. 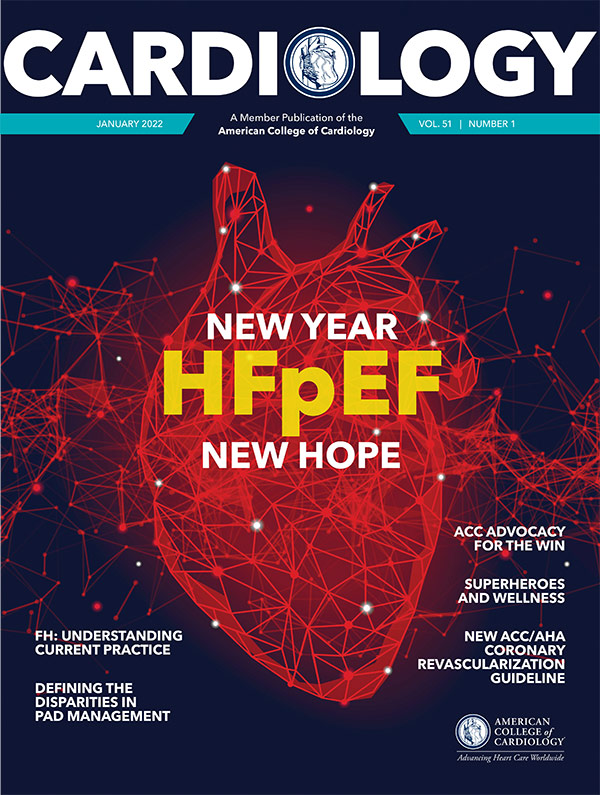 YOU ARE HERE: Home > Latest in Cardiology > Feature | The Top Ten: Key Trials in 2021 Making a Difference in Clinical Practice