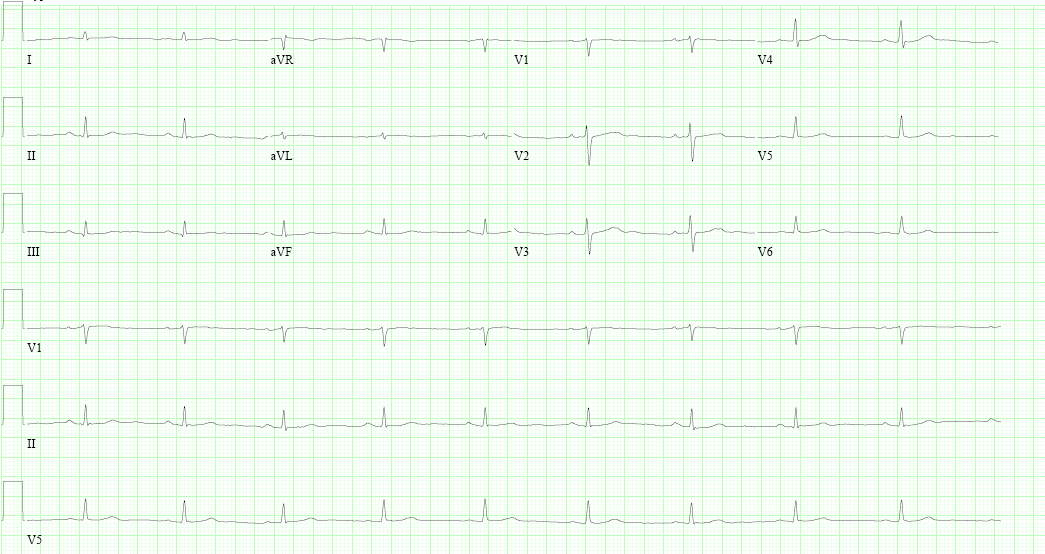 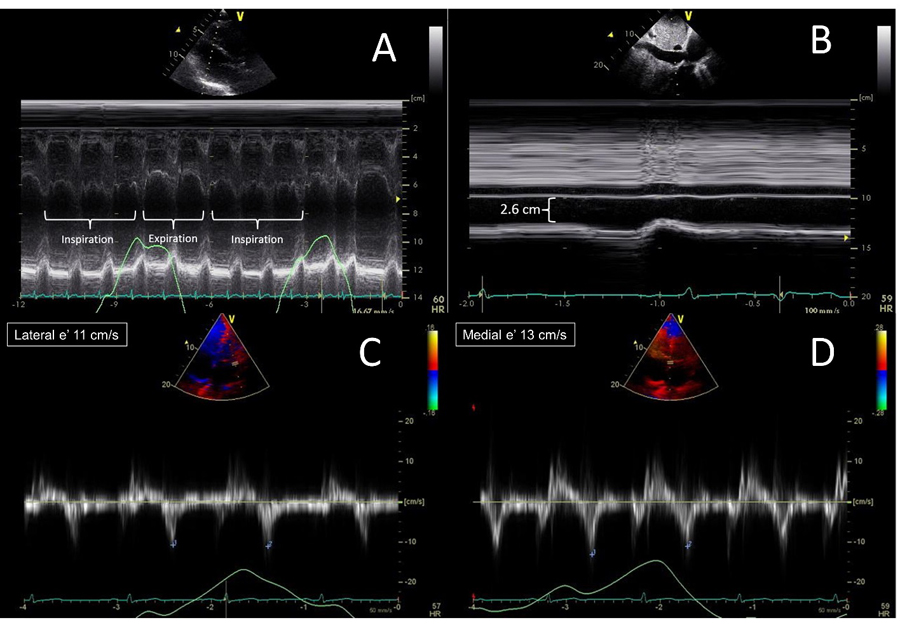 Figure 2: Transthoracic echocardiogram. M-mode across the interventricular septum in the parasternal long axis view showed the diastolic bounce and respirophasic shift (Panel A). The inferior vena cava was plethoric and non-collapsible (Panel B). Tissue Doppler of the mitral annulus in the apical 4-chamber view shows that medial e' was greater than lateral e' (Panels C and D).

The correct answer is: D. Refer for radical pericardiectomy.

This patient developed constrictive pericarditis after atrial fibrillation (AF) ablation. The disease has been refractory to medical therapy and there is no longer evidence of active inflammation, so he should be referred for pericardiectomy (answer D). Constrictive pericarditis is a known complication of electrophysiology ablation procedures, although its exact incidence is unknown.1 A meta-analysis of 192 studies including 83,236 patients undergoing catheter ablation for AF did not report the incidence of constrictive pericarditis, but did report a 1.0% rate of cardiac tamponade and 0.7% rate of pericardial effusion, conditions which can trigger the inflammatory process leading to constriction.2 Smaller studies designed specifically to look for pericardial effusions immediately post-ablation have reported a higher incidence (13-22%) although most of these effusions are small and asymptomatic.3-5

Radical pericardiectomy is the mainstay of treatment for chronic pericarditis. Medical therapy of a few months duration with anti-inflammatory drugs may reverse transient pericardial constriction in 10-20% of patients, but this approach has already failed in our patient.6,7 Cardiac MRI and laboratory testing can help identify patients with constrictive pericarditis likely to respond to medical therapy. In one series of 29 patients, those with increased pericardial thickness, more pericardial late gadolinium enhancement and elevated C-reactive protein and erythrocyte sedimentation rate were more likely to have reversible constrictive pericarditis than those without these characteristics.8 Because our patient presented with more than one year of symptoms, no significant elevation in markers of inflammation, and no late gadolinium enhancement of the pericardium on MRI, the likelihood of responding to medical therapy was very low, so he was referred for pericardiectomy. He underwent successful pericardiectomy and several months later had returned to an active lifestyle, hiking and skiing regularly.