Stumbling Onto Cancer: Cardiomyopathy as the Initial Presentation of Malignancy

A 30-year-old healthy female patient with history of unexplained sinus tachycardia presented to the emergency department with chest pain, palpitations, and headache. The patient did not have any signs of heart failure on exam. The initial electrocardiogram (Figure 1) showed ventricular bigeminy, and cardiac enzymes were normal. Serial cardiac enzymes revealed a troponin elevation up to 2.78 ng/dl. Treatment with aspirin, clopidogrel, and intravenous heparin was initiated for suspected non-ST-segment elevation myocardial infarction. An echocardiogram showed hypokinesis of the basal segments of the left ventricle with preserved apical contractility and estimated left ventricular ejection fraction (LVEF) of 30% (Figure 2). Coronary angiography did not reveal obstructive coronary artery disease. 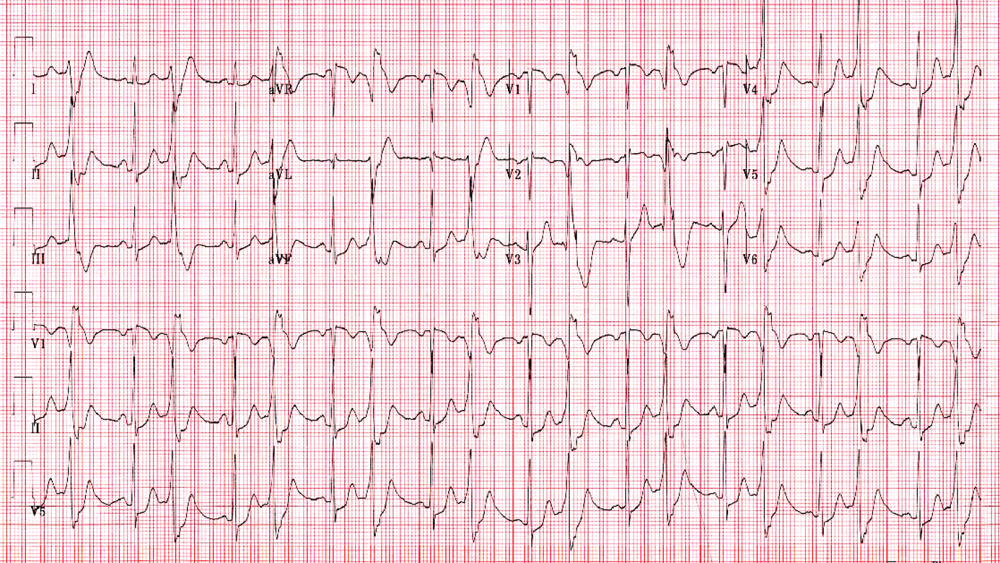 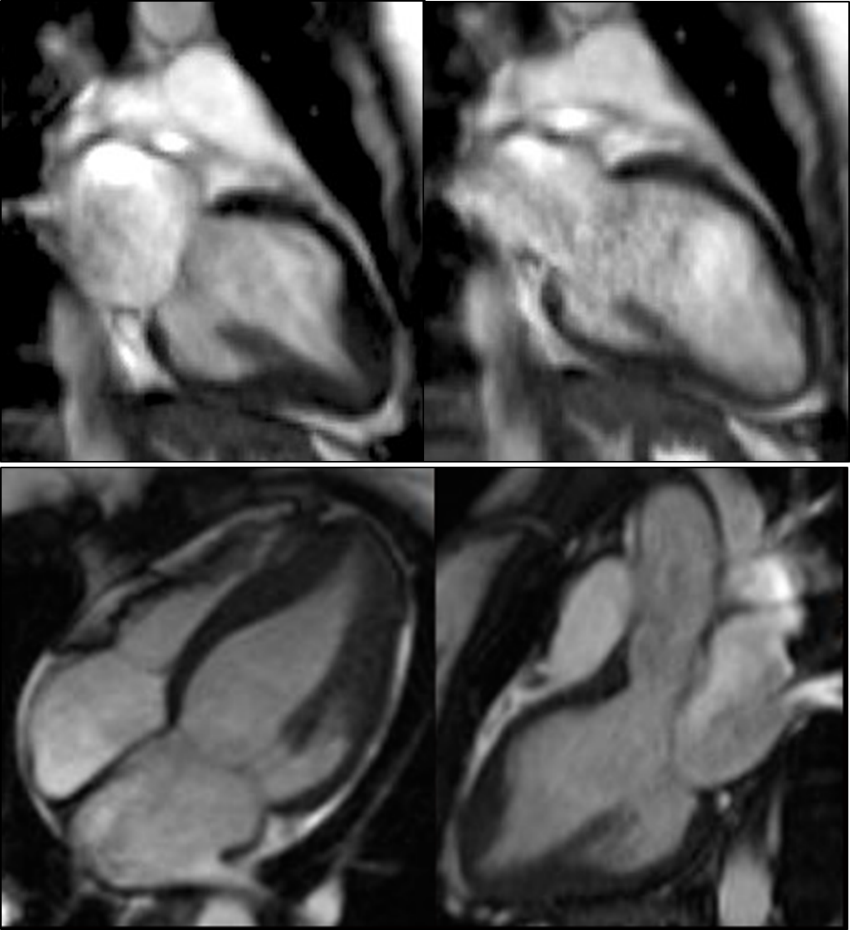 What is the most likely mechanism of cardiomyopathy in this patient?

Serologic and urinary testing revealed significantly elevated catecholamine levels and their metabolites. The diagnosis of catecholamine-induced cardiomyopathy was made, and the patient was started on alpha- and beta-blockade therapy in preparation for surgery. Further work-up for other neuroendocrine tumors showed a benign thyroid nodule, normal calcitonin, calcium/parathyroid hormone, and no adrenal tumors. The tumor was surgically resected. Pathology and immunohistochemistry characterized the tumor as a paraganglioma (Figure 6).

Takotsubo cardiomyopathy, typically characterized by apical and midventricular akinesis or dyskinesis and hyperkinesis of the base, has been described in pheochromocytoma-related cardiomyopathy with various patterns of wall motion abnormalities. In this case, the basal and segment was akinetic, and the apex showed hyperkinesis.1

Takotsubo cardiomyopathy can mimic acute coronary syndrome and has been associated in multiple case reports with catecholamine-secreting tumors. Interestingly, only a minority of patients with takotsubo cardiomyopathy secondary to a catecholamine-secreting tumor such as pheochromocytoma present with classical features of pheochromocytoma, including hypertension (52.6%), headache (28.9%), palpitations (31.6 %), and diaphoresis (26.3%), according to one report.3 A high clinical suspicion is required in cases of angiographically normal coronaries and a distinct pattern of wall motion abnormalities (basal wall in this case), especially in younger individuals.

YOU ARE HERE: Home > Education and Meetings > Stumbling Onto Cancer: Cardiomyopathy as the Initial Presentation of Malignancy