A Challenging Case of Recurrent Pericarditis 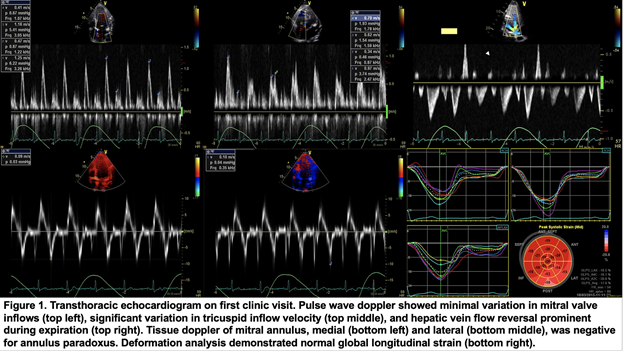 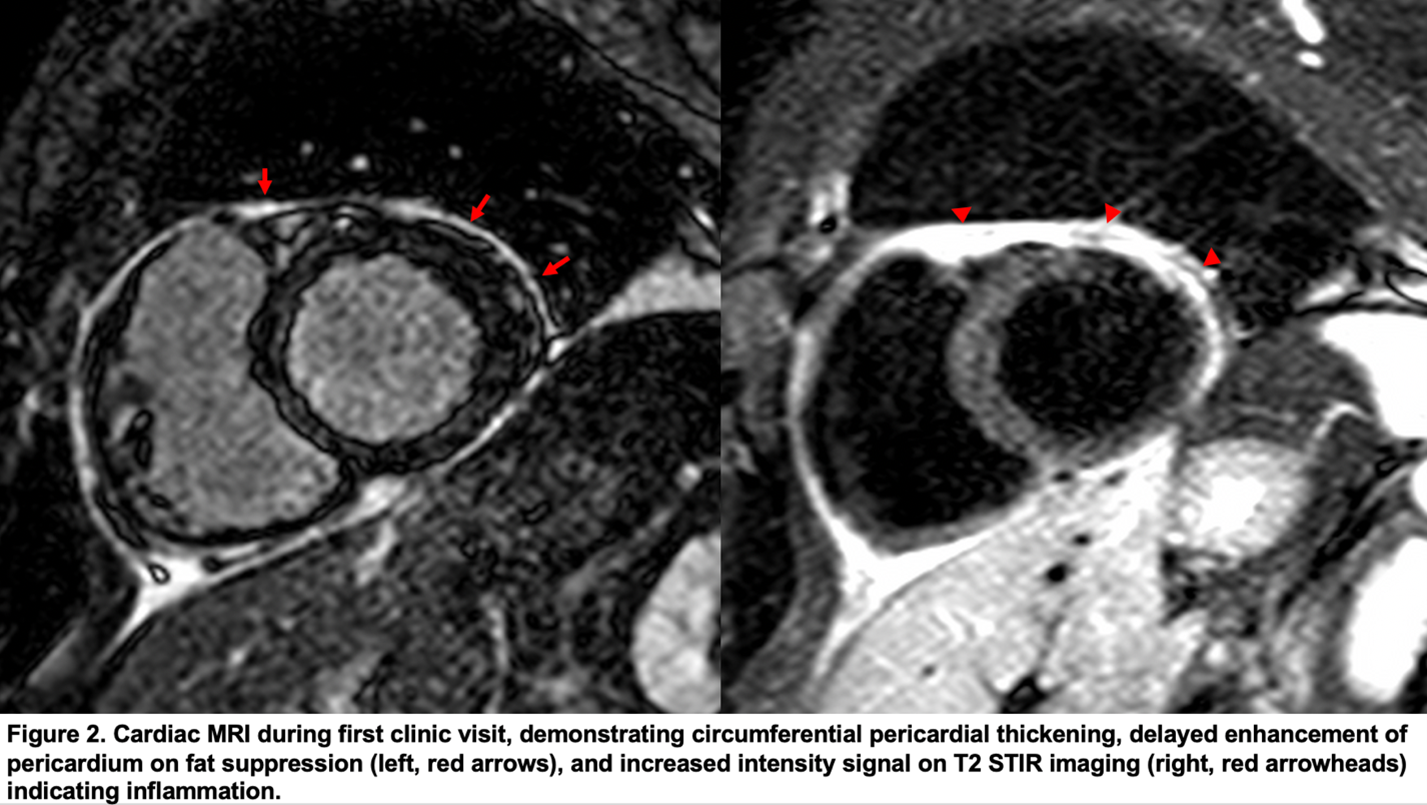 One year after his first episode of pericarditis, patient unfortunately had a second flare, corroborated by usCRP 69 mg/L and ESR 30 mm/hr. He was continued on colchicine, but up-titrated from ibuprofen 400mg TID to 800 mg TID and reinitiated on prednisone 10 mg daily. Given recurrent steroid dependence, he was trialed on immunosuppression regimen with azathioprine 150 mg daily and subsequently successfully weaned off after 2 years due to improvement in clinical status and inflammatory biomarkers (usCRP 1.2 mg/L, ESR 2 mm/hr). However, 6 months after being off all meds, he again suffered from recurrence of symptoms, with usCRP 86.2 mg/L, ESR 109 mm/hr, and the following cardiac MRI (Figure 3). 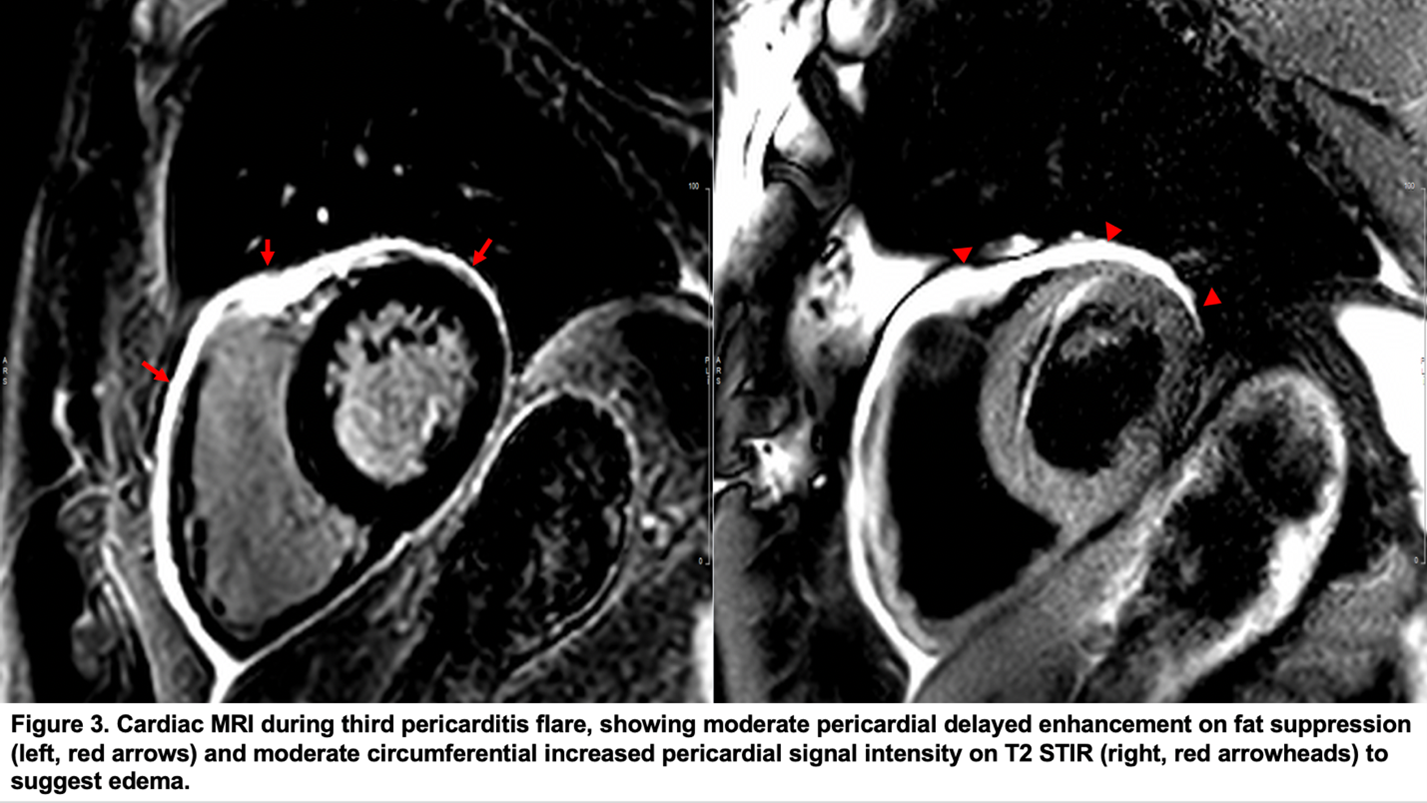 What would be the most appropriate next step in management?

Recurrent pericarditis (RP) may occur in up 30% of patients after an initial episode of acute pericarditis.1,2 It can often be difficult to treat, resulting in debilitating chest pain that leads to frequent emergency department visits and overall reduced quality of life. RP is defined by the presence of two of the following diagnostic criteria, following a symptom-free period of ≥4-6 weeks1: characteristic pleuritic chest pain; presence of friction rub; diffuse ST elevations and PR depressions on electrocardiogram; new or worsening pericardial effusion. Often times, elevated inflammatory biomarkers are considered a supporting finding of a recurrent flare.

Initial treatment usually consists of nonsteroidal anti-inflammatory drugs (NSAID), tapered over 2-4 weeks after symptoms resolve, and ≥6 months of colchicine. Immunosuppression with corticosteroids or azathioprine are indicated for those with refractory symptoms despite NSAID plus colchicine therapy.1 In individuals with refractory, corticosteroid-dependent disease, as illustrated by our case with recurrent symptoms and elevated inflammatory biomarkers despite a pericardial window and (unsuccessful) prednisone taper, biologics such as anti-interleukin 1 therapy have emerged as a beneficial option in these patients due to their rapid, sustained effect on RP pain and safety profile.2 Pericardiectomy is almost always a last resort after all medical treatment have been exhausted as outcomes remain uncertain based on current available data.

Rilonacept, a dimeric fusion protein, inhibits IL-1 signaling by acting as a soluble decoy receptor to IL-1 alpha and beta to prevent interactions with native receptors, with the goal of reducing pericardial inflammation and injury.2 Recent phase 3 double-blind, placebo-controlled, randomized withdrawal study (RHAPSODY3) for treatment of RP patients showed a 96% reduction in risk of RP. Moreover, treatment with rilonacept allowed for discontinuation of corticosteroids without pericarditis recurrences, including patients who had been corticosteroid-dependent for disease control, and reduced annual incidence of pericarditis episodes from 3.9 episodes/year prior to the study to <0.18 episodes/year.4

Returning to our patient, his most recent episode of symptoms represented his third pericarditis flare, as supported by the elevated inflammatory biomarkers (usCRP 86.2 mg/L, ESR 10 mm/hr) and cardiac MRI (Figure 3), which demonstrated moderate circumferential increased pericardial signal intensity on T2 STIR imaging to suggest pericardial edema and mild to moderate pericardial delayed enhancement, changes related to pericarditis. Having previously failed the steroid taper, in addition to placing him back on colchicine and ibuprofen 800 mg TID, patient received weekly administrations of rilonacept. As he completed the 24 weeks of injections, inflammatory biomarkers decreased and medications down-titrated appropriately (Figure 4). 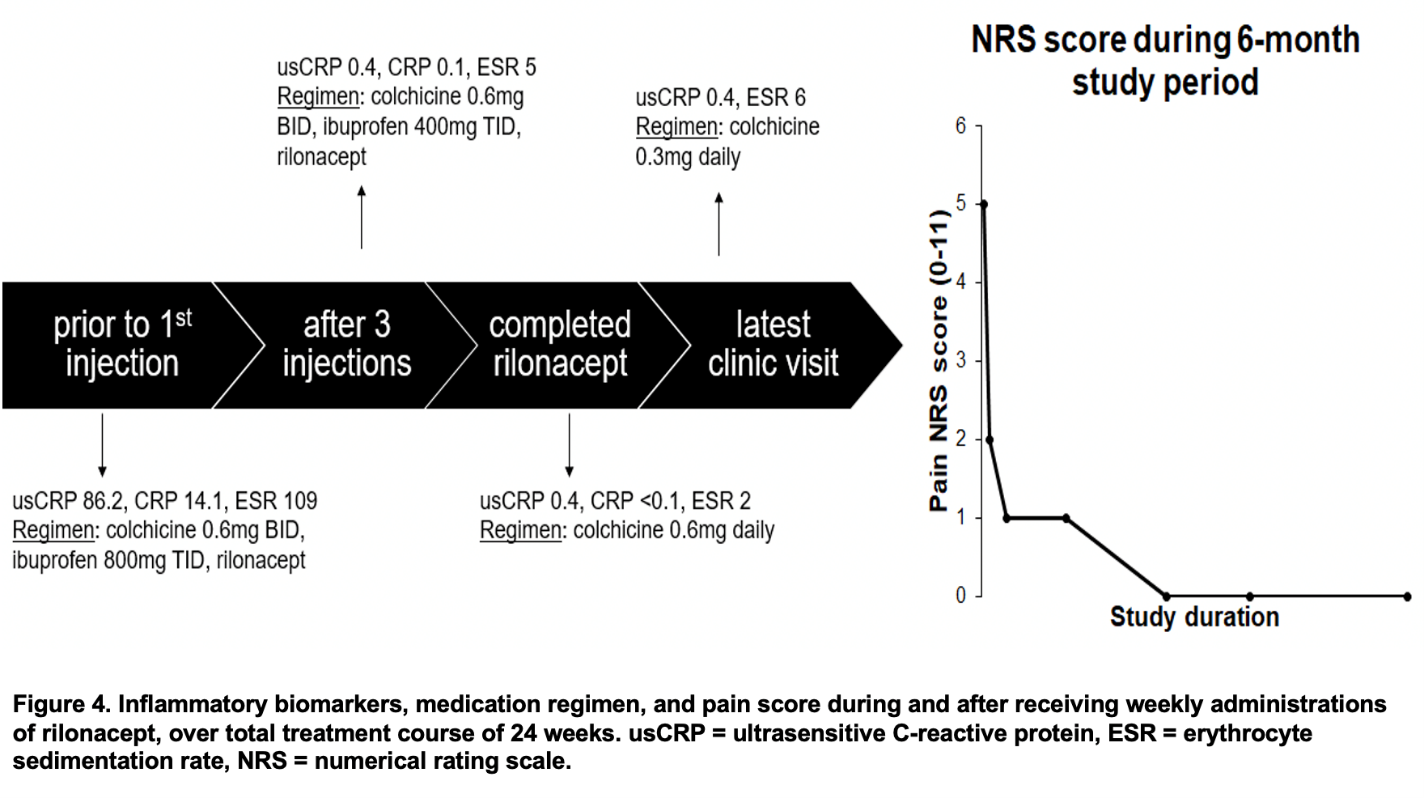 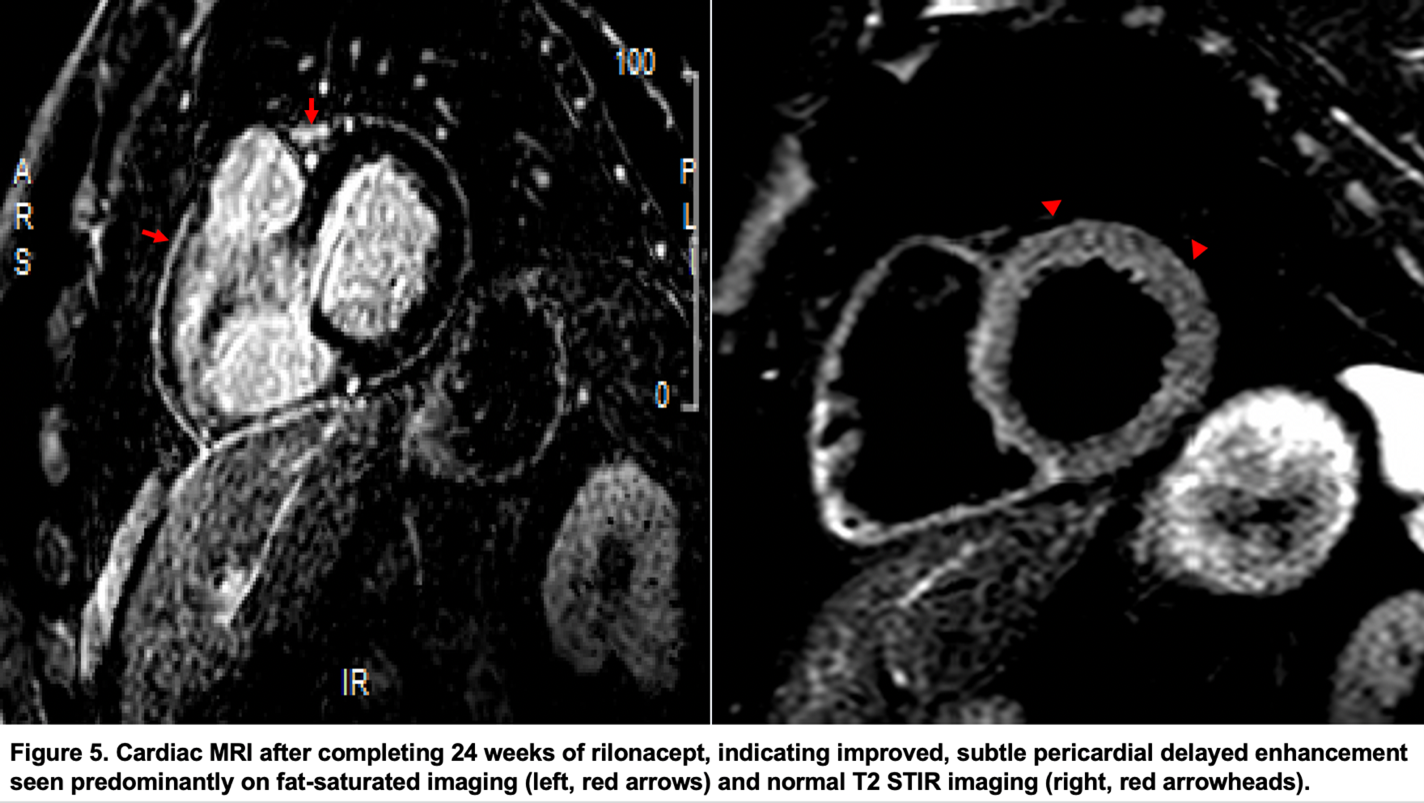 YOU ARE HERE: Home > Education and Meetings > A Challenging Case of Recurrent Pericarditis