What's With the Sniff? Echocardiographic Findings in Constrictive Pericarditis

Several days of oral colchicine led to resolution of the friction rub and loop diuretics facilitated return to euvolemia. At 3-month follow-up, the patient's echocardiogram and CMR showed continued constriction without effusion. 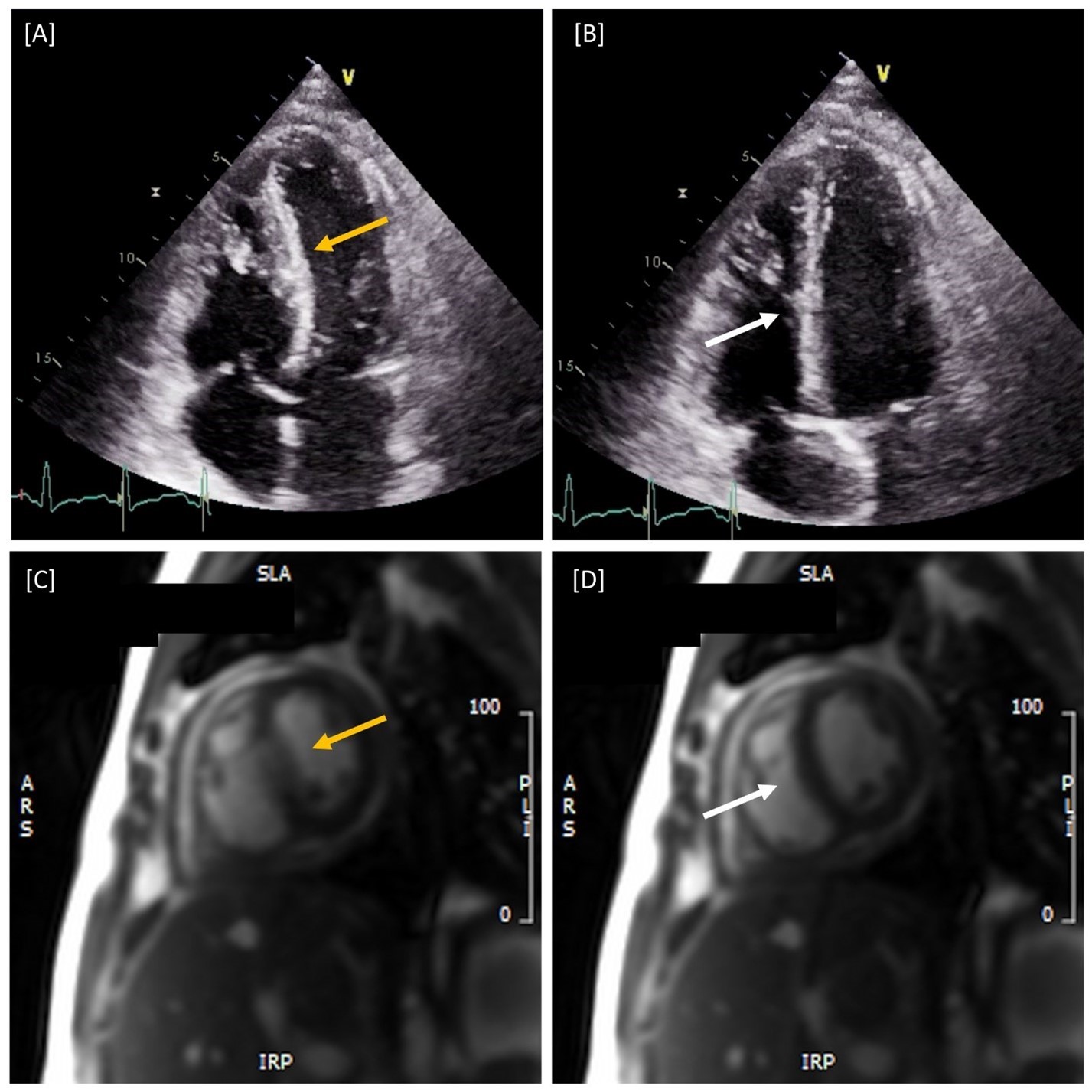 Which of the following echocardiographic findings during inspiration would be expected in constrictive pericarditis?

The correct answer is: D. All the above

Though considerable overlap in signs and symptoms of constrictive pericarditis and cystic fibrosis exists, this is only the third reported case of concomitant disease.1 Recurrent pulmonary inflammation in this patient from bacterial pneumonia led to a subacute, effusive-constrictive pericarditis requiring targeted therapy other than typical cystic fibrosis management for resolution.

While the patient's pericardial friction rub raised initial concern for an additional process, echocardiography confirmed the presence of pericardial constriction with a variety of variables. The "sniff test," more commonly used for detecting the presence of diaphragmatic paralysis, consisting of a quick, sharp inspiratory effort through the nose can be performed during transthoracic echocardiography to exemplify the dissociation of intrathoracic and intracardiac pressures in constriction.2 With fixed intracardiac volume, sniffing increases right ventricular filling causing the interventricular septum to shift towards the left ventricle. As seen in Figure 2, tricuspid valve inflow velocity increases as blood fills the right ventricle while mitral valve inflow velocity decreases due to impaired left ventricular filling and output from interventricular septal shift. The opposite is expected during expiration consistent with ventricular interdependence. In fact, ventricular septal shift was found to have an odds ratio of 7.7 for constrictive pericarditis and diagnose it with 87% sensitivity and 91% specificity when combined with either medial mitral annulus e' velocity ≥9 cm/s or hepatic vein expiratory diastolic reversal ratio ≥0.79.3

YOU ARE HERE: Home > Education and Meetings > What's With the Sniff? Echocardiographic Findings in Constrictive Pericarditis