A 32-year-old healthy elite male athlete with complaints only of intermittent fatigue presented for a physical exam and was found to be in atrial fibrillation (AF) (Figure 1). He underwent elective cardioversion and was started on verapamil and flecainide. His AF recurred requiring a second cardioversion followed by up titration of his flecainide dose. AF ablation was discussed but deferred. He was maintained on flecainide and verapamil, which were titrated to 150mg twice daily and 360mg daily, respectively. 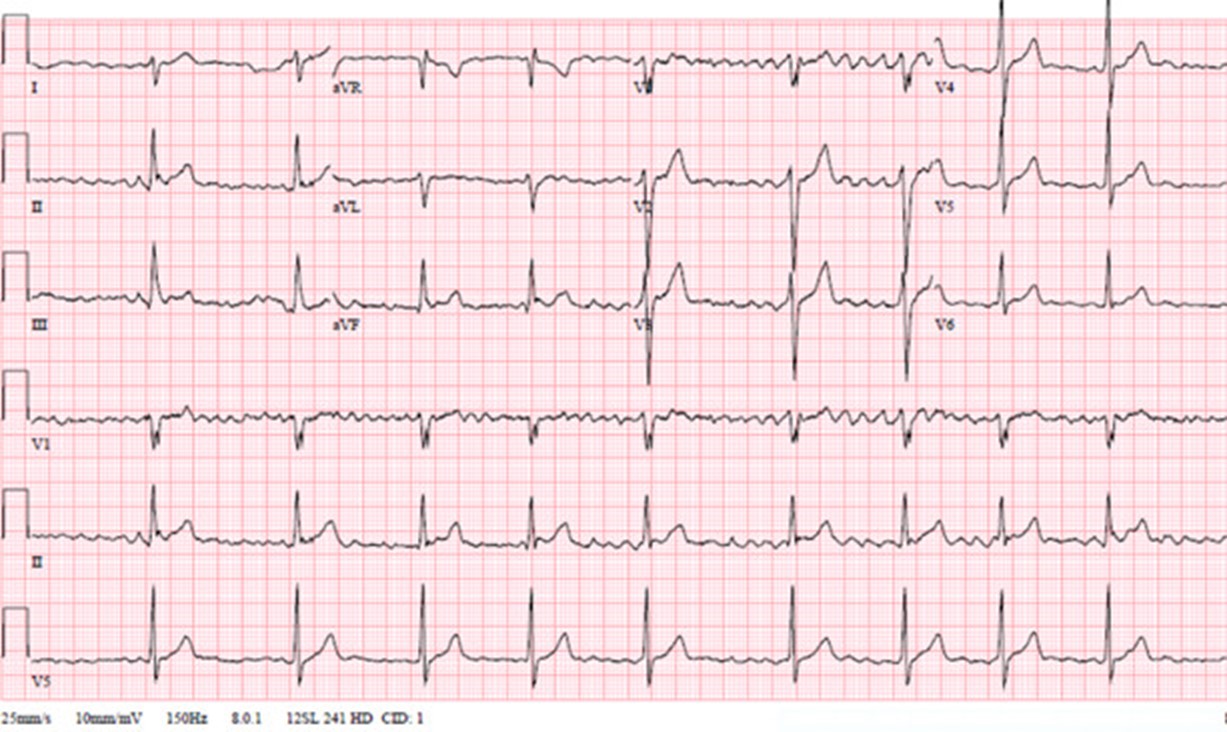 Six months later, he began having palpitations during athletic competitions and he was instructed to take his second dose of flecainide an hour prior to sports participation. However, he again experienced symptoms, was found to be in atrial flutter on ECG, and received an additional 100mg of flecainide and 240mg of verapamil. During the next event, he was found unresponsive on the sidelines. A defibrillator was applied, revealing ventricular fibrillation (VF). He received cardiopulmonary resuscitation (CPR) and was successfully defibrillated with a 200J shock and received amiodarone 150mg IV bolus prior to being transported to the hospital.

Initial ECG at the hospital showed a prolonged QRS duration (142ms; 27% longer than baseline) and QTc (522ms) (Figure 2). Labs at the time were significant for hypokalemia to 3.1mg/dL in the setting of intense exercise and a recent bolus of amiodarone. Left heart catheterization, transthoracic echocardiogram, and cardiovascular magnetic resonance were all unrevealing. 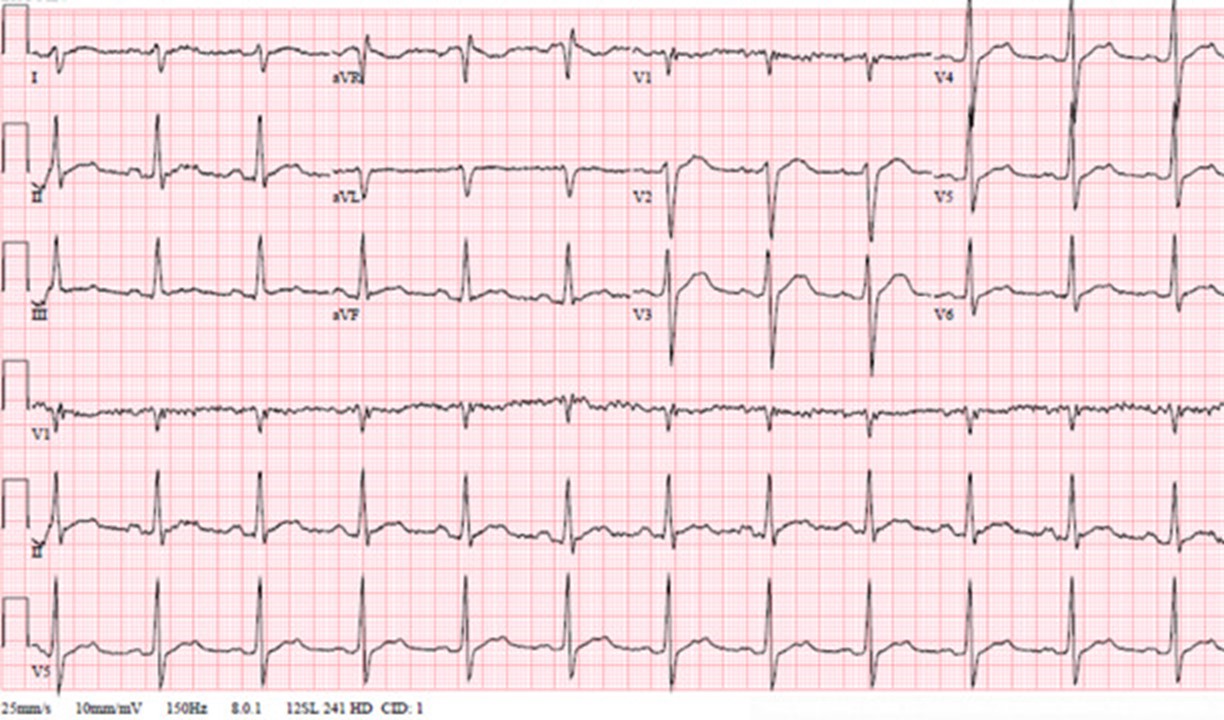 Which one of the following statements is TRUE?

The correct answer is: B. Sports activities increase the risk for proarrhythmic events in athletes with AF managed on a pharmacological rhythm control strategy and activities should be curtailed during dose titration.

Answer option A is incorrect. As there are no studies directly comparing pharmacological rate control or rhythm control to ablation in athletes with AF, the selection of a therapeutic strategy remains a shared decision between the patient and provider.1,2

Answer option B is correct. Due to the proarrhythmic effects of class IC medications, including flecainide, and their use dependence electrophysiology, athletes should initially test the drug at a given dose under medical supervision. The risks of developing rapid atrial flutter, wide complex tachyarrhythmias and/or syncope while taking these medications are increased due to the hyperadrenergic state of sports performance. As a result, it is also recommended that athletes rest for 4-6 hours after treatment and do not resume sports until two half-lives have elapsed when using a "pill-in-the-pocket" strategy.3

Answer option C is incorrect. A standard Bruce protocol exercise treadmill stress test is unlikely to demonstrate the physiological demands of an athlete's specific sport and may provide inadequate information to determine safety and efficacy of an antiarrhythmic medication regimen. An individualized approach to pharmacotherapy and subsequent exercise testing is necessary due to the unique requirements of each sport and may better identify inducible arrhythmias due to electrophysiological and/or structural mechanisms further augmented by medication effects.4 Performing a sports-specific exercise tolerance test once a maintenance dose is attained along with checking serum medication levels allows for evaluation of toxicity under sports-specific conditions.

Answer option D is incorrect. Flecainide can be used intermittently to manage infrequent acute symptomatic AF in a "pill-in-the-pocket" strategy due to its ability to quickly restore sinus rhythm.5 However, this approach may be high-risk in athletes in part due to use dependent QRS prolongation which results in enhanced medication effects at faster heart rates that are attained during sport.2 Such an effect can increase the risk for developing wide complex tachyarrhythmias such as VF that can lead to cardiac arrest, especially soon after use. Therefore, although a "pill in the pocket" approach may be preferred over long term anti-arrhythmic therapy, especially if events are rare, caution must be used if treatment is initiated before a competitive event or intense practice with no sports until two half-lives have elapsed as noted above.