A 77-Year-Old with Cutaneous Hyperpigmentation and Lower Extremity Edema

A 77-year-old male was referred for venous insufficiency after presenting with skin hyperpigmentation and mild lower extremity edema after a two-week golf vacation. His medical comorbidities included non-melanoma skin cancer, atrial fibrillation, hypertension, coronary artery disease, and degenerative arthritis. The patient also had been prescribed 100 mg of minocycline orally twice a day for the past three months as suppressive therapy after developing a polymicrobial left total knee arthroplasty infection. His physical examination revealed non-palpable, non-pruritic blue-gray patches of hyperpigmentation on his lower extremities and forearms bilaterally (Figures 1, 2, 3, 4). Complete blood count, chemistries, and liver function studies were normal. Venous ultrasound performed prior to his visit demonstrated patency of the right great saphenous vein and small saphenous vein without significant reflux, but severe incompetence of the left great saphenous vein from the upper thigh to the calf. 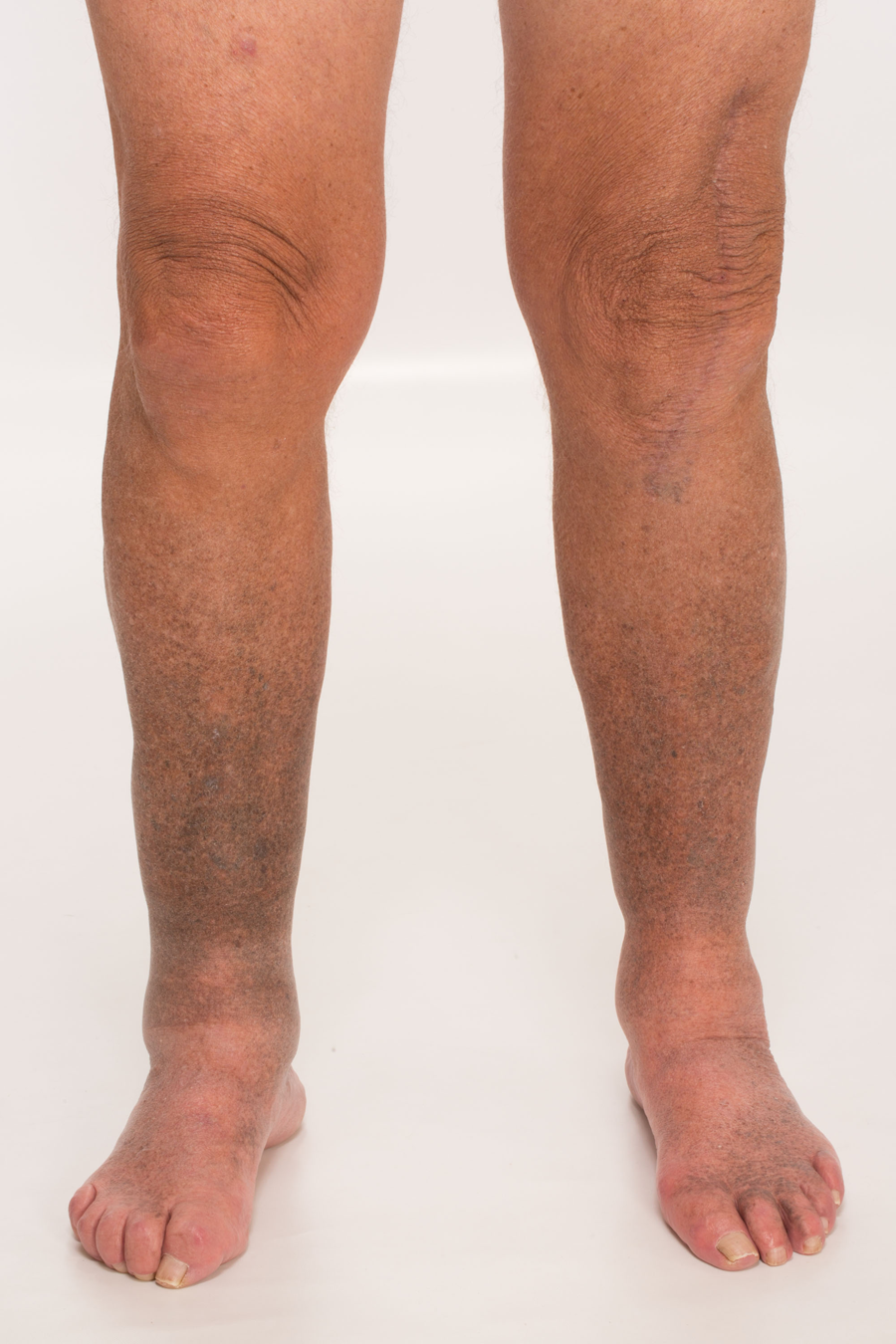 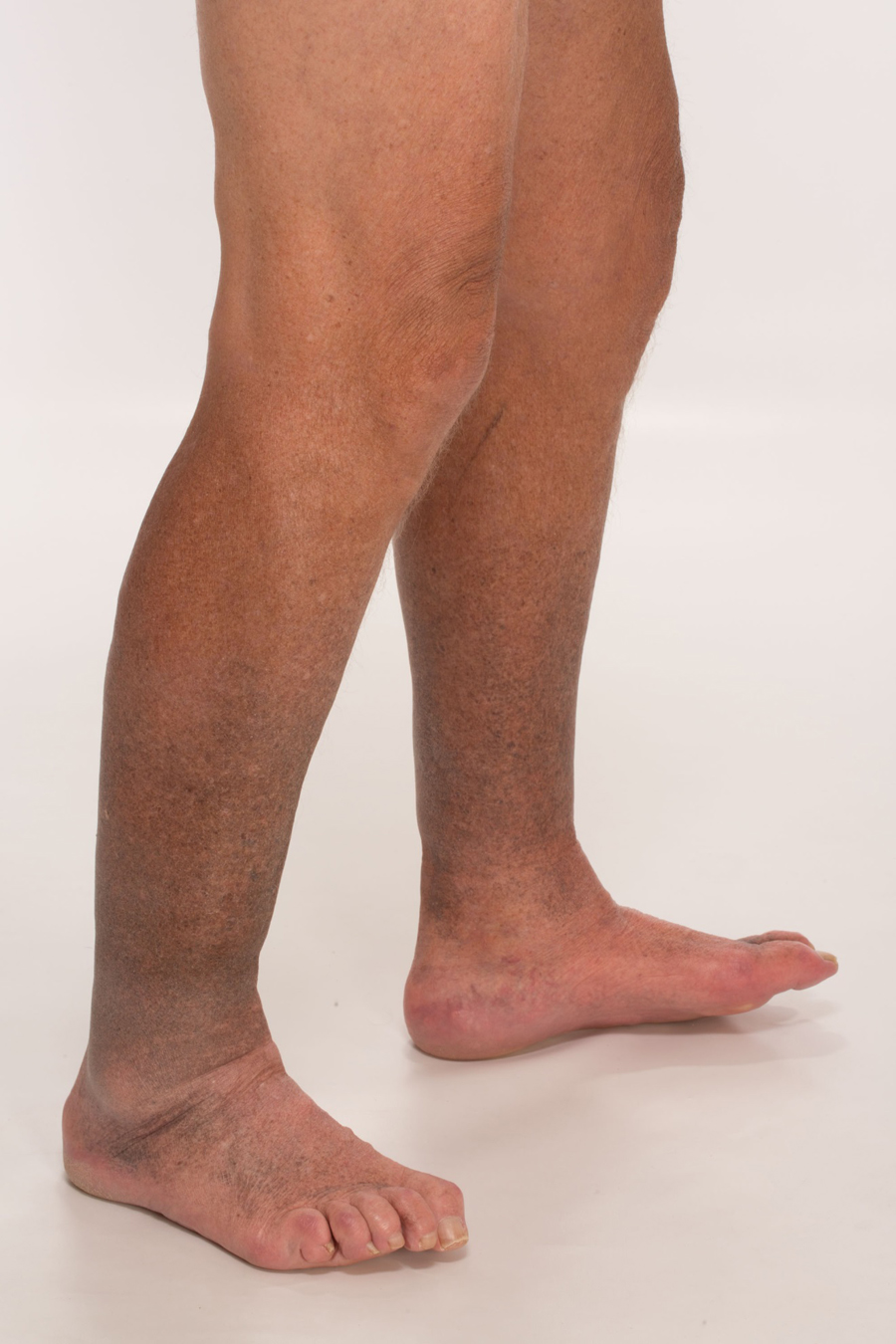 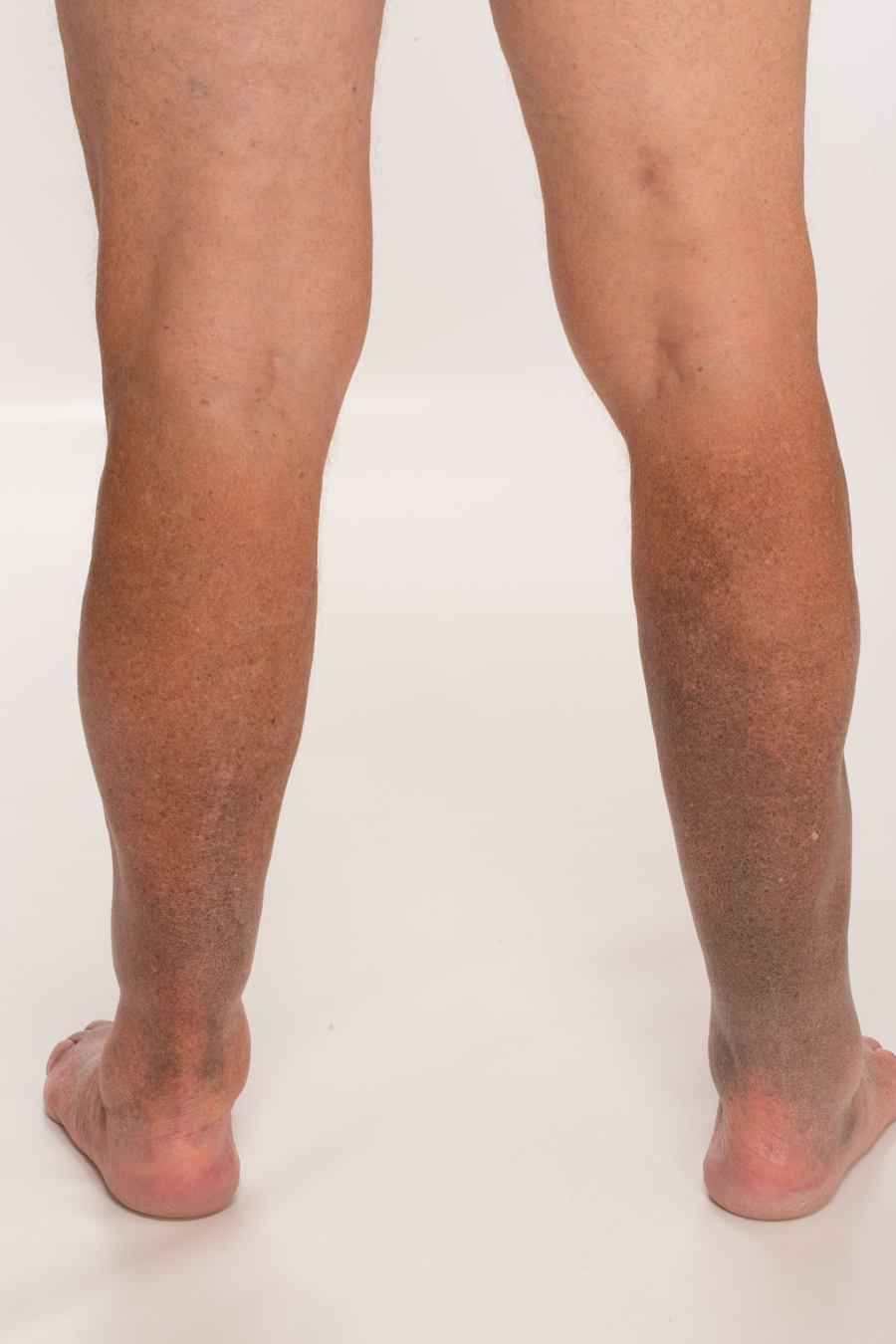 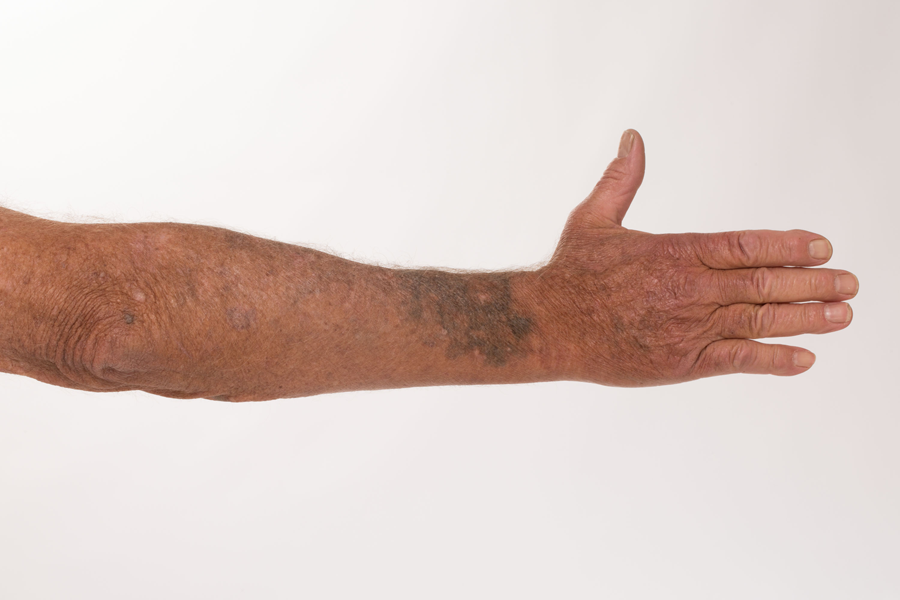 Which of the following is the best next step in the management of this patient's cutaneous hyperpigmentation?

The correct answer is: B. Change antimicrobial therapy due to drug-induced hyperpigmentation.

YOU ARE HERE: Home > Education and Meetings > A 77-Year-Old with Cutaneous Hyperpigmentation and Lower Extremity Edema