A Case of a Not-So-Benign Murmur

A 72-year-old woman presented to the hospital with lower extremity swelling for the previous few months. During her hospitalization, cardiac auscultation revealed a loud systolic murmur in the upper sternal borders. No diastolic murmur was appreciated. The patient reported being told she had a murmur for many years but that it was a benign murmur. She reported being relatively sedentary and did not report any increasing shortness of breath. As part of her workup, she underwent a transthoracic echocardiogram and subsequent cardiac magnetic resonance imaging (MRI). 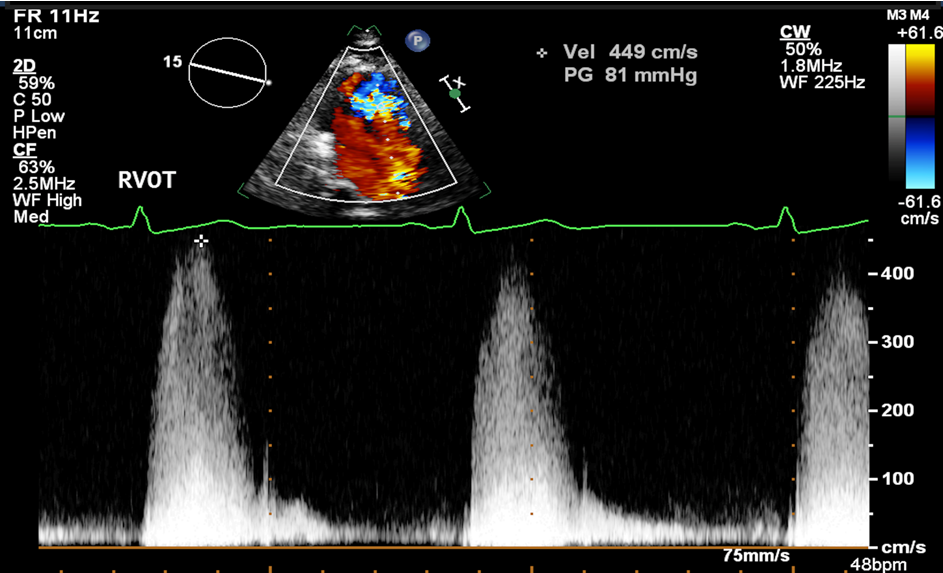 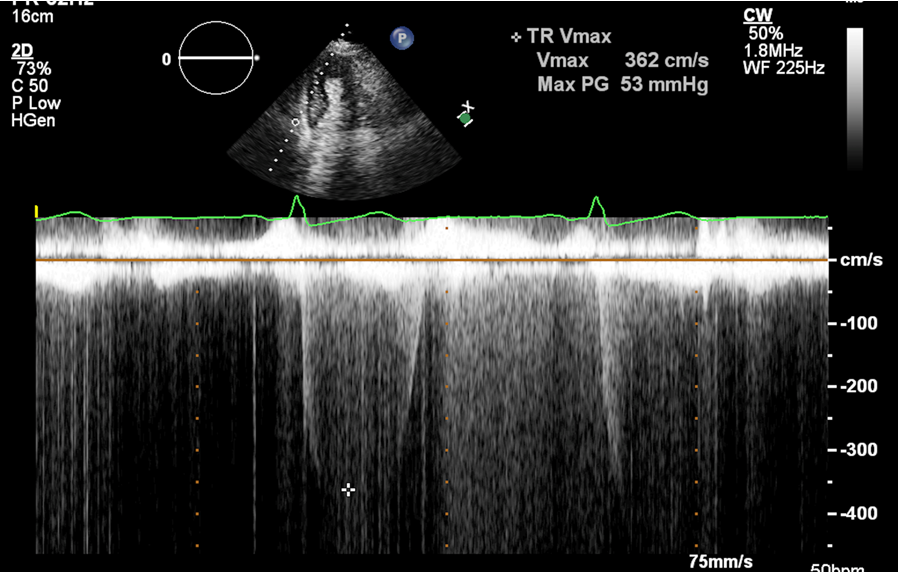 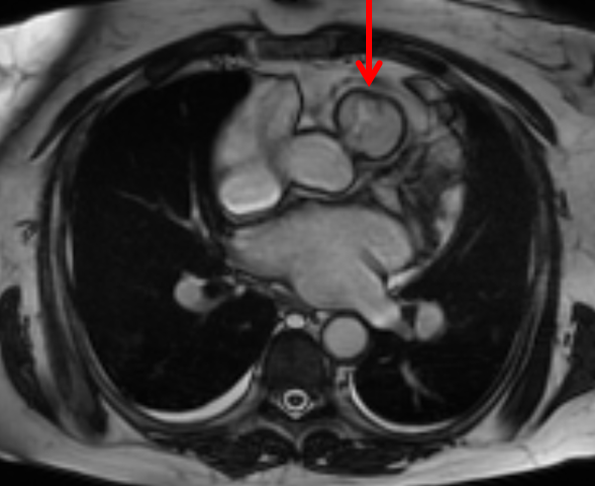 Based on the above information, which of the following is true?

The correct answer is: C. Pulmonary artery systolic pressure cannot be estimated from the above information.

YOU ARE HERE: Home > Education and Meetings > A Case of a Not-So-Benign Murmur