An 80-year-old Khmer-speaking man presented with acute inferior ST elevation myocardial infarction (STEMI) and cardiogenic shock. Cardiac catheterization revealed 99 percent stenosis in the mid-RCA, a 95% focal severe stenosis in mid-LAD and a 60-70% stenosis in the proximal circumflex artery. Given advanced age and unstable hemodynamics, emergent multi-vessel percutaneous coronary intervention with complete revascularization was performed. An Intra-aortic balloon pump was initially placed but cardiogenic shock persisted despite this and multiple vasopressors. His femoral arteries were <5 mm bilaterally. Despite borderline access vessels, hemodynamic support with Impella CP was instituted via left common femoral access. He was only 4 feet 9 inches tall, weighed 50 kilograms with a BSA of 1.4 m2. As expected, there was no palpable distal pulse in the left lower extremity. Lack of flow distal to the common femoral arteriotomy was confirmed on Duplex ultrasound exam. The patient was, however, completely dependent on the Impella CP and could not be weaned off despite maximal doses of 4 vasopressors.

Which of the following is the best choice for managing the acute limb ischemia induced by the Impella large-bore access cannula?

In this instance, withdrawing support by removing Impella CP cannula was not an option. Given the clinical syndrome, with multiple anticoagulants and anti-platelets being administered, the risks of open surgical bypass were thought to be prohibitive. It had already been established non-invasively that the patient had no antegrade distal flow beyond the site of insertion of the cannula, hence conservative management could threaten the viability of the limb. We thus decided to proceed with percutaneous temporary femoro-femoral bypass establishment by placing an antegrade sheath in the left superficial femoral artery and connecting it male-to-male with the contralateral common femoral sheath. This was achieved via careful antegrade access in the left SFA distal to the common femoral arteriotomy and placement of a 6 Fr bright tip sheath. This sheath was then connected male-to-male with the contralateral 6 Fr right common femoral artery retrograde sheath thereby creating a temporary percutaneous fem-fem bypass circuit (Figure 1). Subsequently left popliteal pulse was confirmed on physical exam and duplex ultrasound suggested flow reestablishment in the left lower extremity. The patient did not have any limb hypo-perfusion issues on subsequent follow up. This case example highlights how a technique was used to trouble shoot a difficult clinical situation. 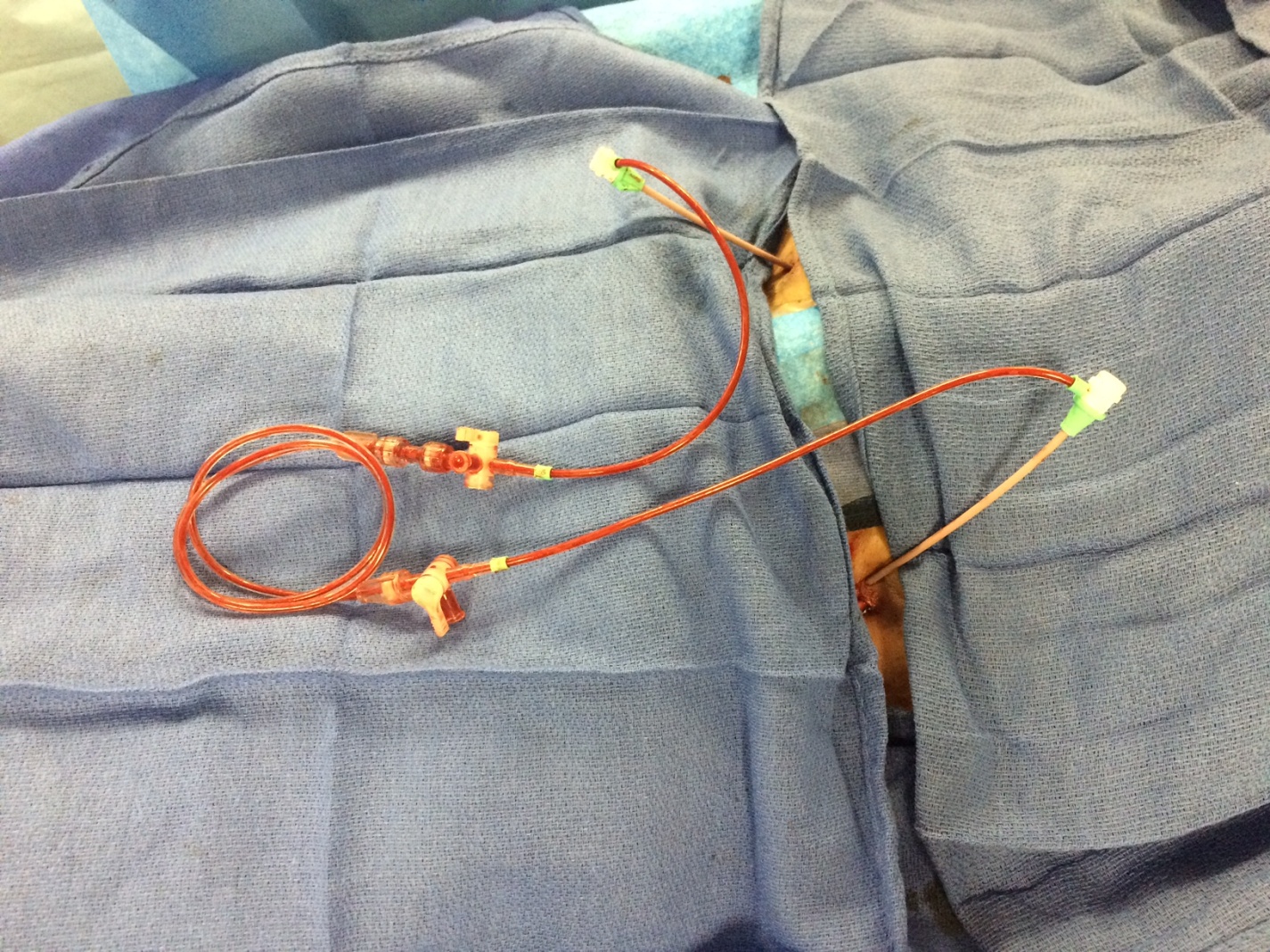