A 39-year-old female with a past medical history of depression and hypothyroidism complains of worsening left leg pain with swelling over the past year. The symptoms are exacerbated by periods of prolonged standing, which is required by her profession as a college professor. Her pain limits her in mobility and she often feels that her legs are fatigued. She states no alleviating factors other than a reduction in leg swelling after she takes hydrochlorothiazide (HCTZ), which was recently prescribed by her primary care physician for the symptoms. She complains of recent generalized fatigue and light-headedness. She does not state a history of deep vein thrombosis (DVT) or recent trauma. She noticed the swelling after the Caesarian-section birth of her second child. She takes levothyroxine and HCTZ. No other surgical history. Her blood pressure at initial presentation is 98/56 with a heart rate of 84 and is non-febrile. Her physical exam revealed 3+ pitting edema on her left leg with no other significant findings.

She was evaluated by vascular medicine and had a lower extremity venous duplex study performed. It revealed no signs of acute DVT; however, there was reflux noted in the left great saphenous vein (GSV) from the left sapheno-femoral junction to the proximal calf segment. After a successful trial of pantyhose compression stocking therapy and improvement in leg symptoms, she subsequently underwent endovenous ablative closure treatment to the left GSV. After 3 months, her symptoms did not improve. She went for a second vascular opinion and had the following diagnostic studies performed: 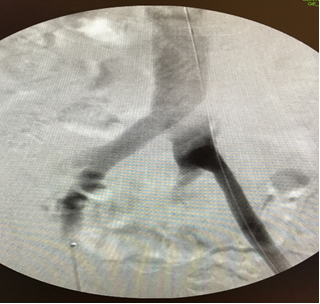 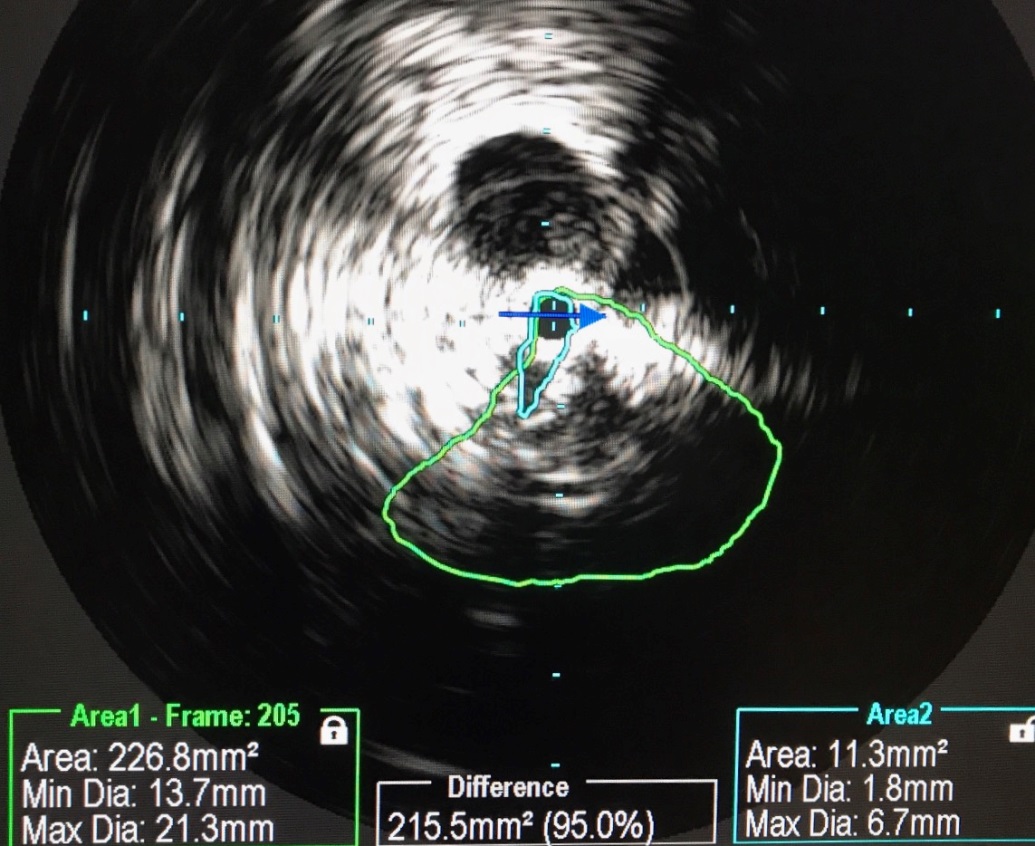 Which of the following is NOT a possible sequela of this vascular condition?

This patient presents with a case of combined deep and superficial venous insufficiency. Her initial symptoms of leg pain and swelling are a common shared sign and symptom. Unfortunately, many patients are placed on diuretic therapy to help reduce the leg swelling without having a clear etiology. This further masks the signs and may lead to electrolyte imbalances and generalized fatigue with hypotension, which this patient exhibited.

Leg swelling is a direct result of insufficient venous return resulting in elevated hydrostatic venous pressures causing excess filtration into the surrounding tissue. This venous insult can lead to further damage at the capillary bed level by increasing the burden on the lymphatic system. When the lymphatic channels become overloaded and can no longer efficiently recycle macro molecules (proteins), it leads to further worsening in swelling termed phlebolymphedema.1

This patient underwent endovenous ablative treatment which has a greater than 90% venous closure rate at two years.2 Regardless of treatment modality, this patient has a risk of recanalization of the previously treated left GSV. The patient has venous outflow obstruction in the form of left iliac vein compression syndrome, or May-Thurner Syndrome (MTS), also termed Cockett's Syndrome.3 This becomes more evident as the patient undergoes pelvic venous ultrasound with further invasive evaluation in the form of venography (Figure 1) and intravascular ultrasound (IVUS) (Figure 2).

May-Thurner syndrome occurs when the left common iliac vein is compressed anteriorly by the right common iliac artery as it bifurcates in the pelvis. While up to 20% of the population may have this anatomic compression, only approximately 30% exhibit symptoms, including leg swelling, heaviness, fatigue, aching, cramping, itching, and even hyperpigmentation which can lead to ulcerative changes.4 It is important to consider MTS when a patient does not have clinical improvement after undergoing endovenous ablation therapy. The venous reflux in the superficial compartment is a result of the pelvic venous outflow resistance due to compression of the left common iliac vein. Therefore, the symptoms will not improve until the anatomic insult is diagnosed and alleviated. This patient also has a resultant increased risk of GSV recanalization post-closure, since the resistance in the deep pelvic venous system has not yet been addressed. The feared risk of untreated symptomatic MTS is the formation of an acute DVT due to the pulsatile nature of the repetitive compression and narrowing by the right common iliac artery leading to decreased venous outflow. The risk of DVT formation in patients who have MTS is 2-3%.4

Diagnosis is based on correlating clinical signs and physical exam with duplex ultrasound, venography, and IVUS. Venous duplex does have its limitations with imaging in the pelvis due to often overlying bowel gas or increased abdominal girth. The VIDIO (Venogram Versus Intravascular Ultrasound for Diagnosing Iliofemoral Vein Obstruction) study revealed that multiplanar venography alone is not sufficient as a diagnostic study and may miss up to 30% of pelvic venous pathology.5 Therefore, IVUS has become the gold standard and should be performed in patients whom are suspected to have symptomatic MTS. Studies show that a greater than 50% area reduction in the left common iliac vein is considered a significant compression to treat further with venoplasty and/or stenting.6

While uncorrected long term venous outflow narrowing may lead to collateralization across the pelvic venous circulation, which may cause pelvic heaviness and pressure, there are no documented studies that show a direct correlation with a decreased libido.

YOU ARE HERE: Home > Education and Meetings > Chronic Leg Swelling Due to Under-Recognized Pelvic Vascular Disorders