An 18-year -old male freshman basketball player was referred after an abnormal screening ECG. He was asymptomatic with no exertional symptoms. His parents stated that he had increased fatigue. There was no history of palpitations or syncope. His medical history was unremarkable.

Upon exam, he had a regular rhythm, split S2, no murmur. Based on the ECG, an Echo was ordered.

The ECG (Figures 1 and 2) showed the following: 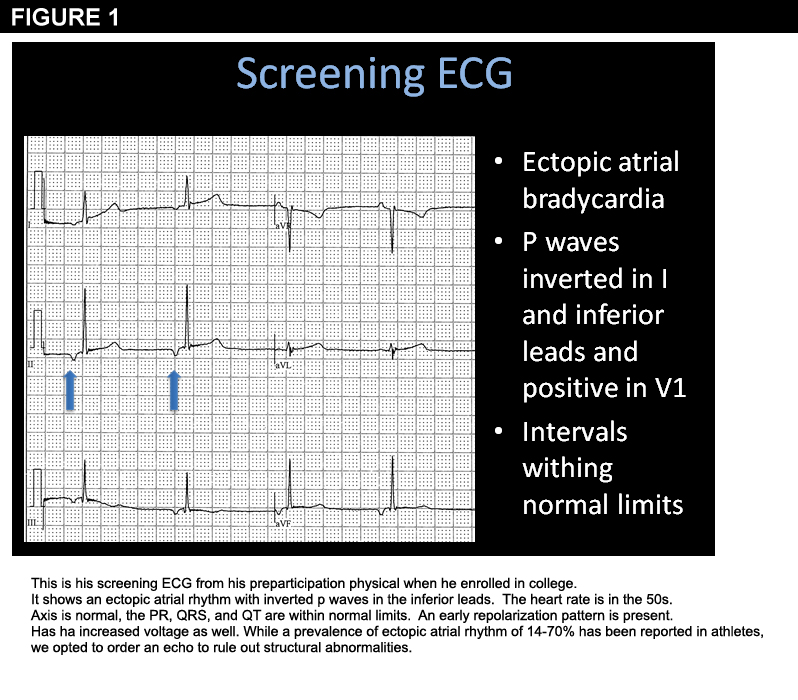 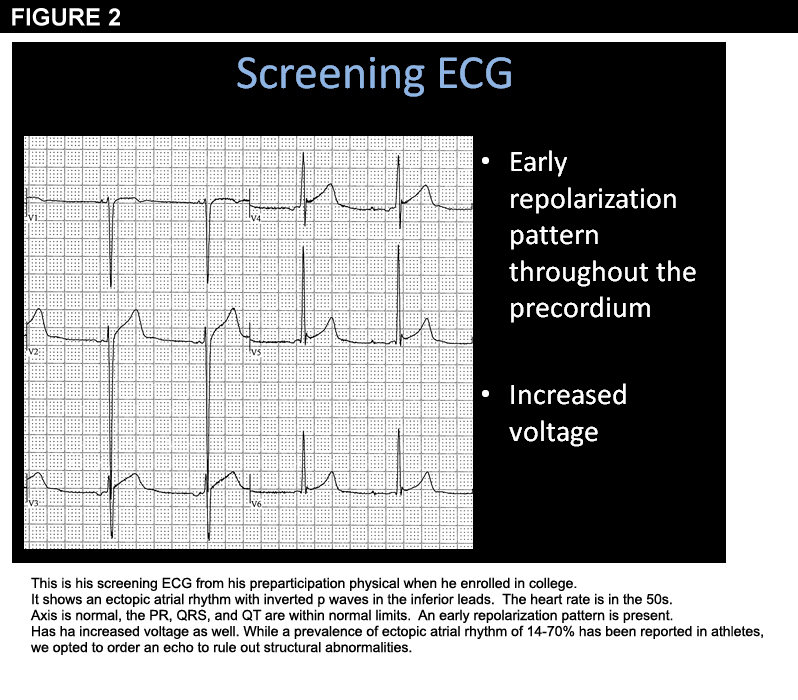 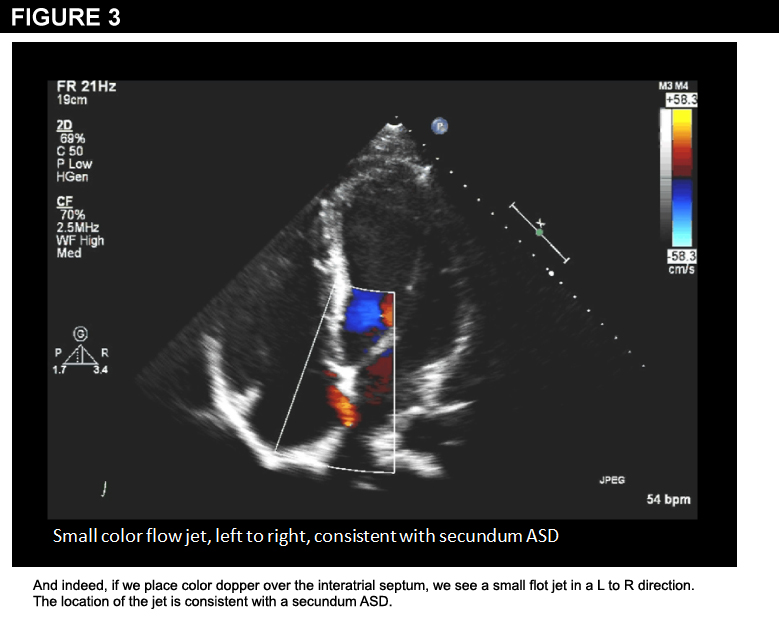 No significant valvular disease was noted.

An MRI (Figure 4) was then ordered and showed the following: 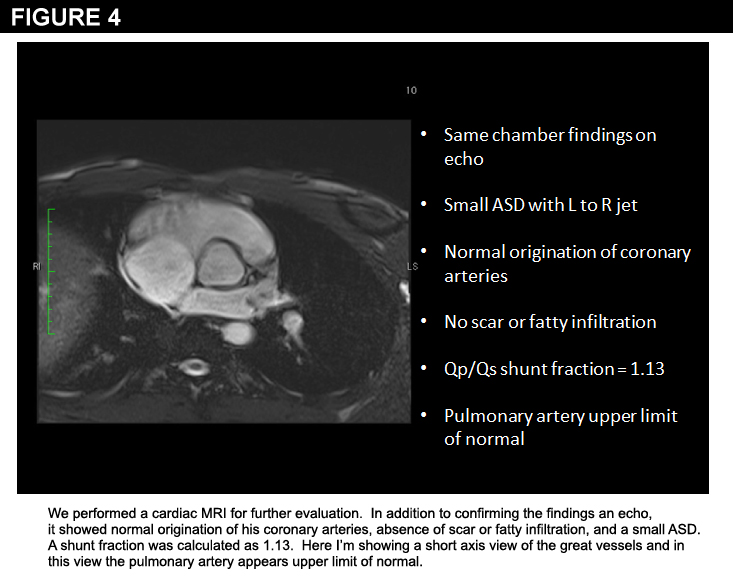 Should the ASD be closed?

The correct answer is: No

We decided in the absence of attributable symptoms and the lack of major findings, close follow up only was the most appropriate management.