Recurrent Syncope in a Child: Red Flags to Consider

A 12-year-old athletic male presents to clinic with six episodes of syncope with exertion while sprinting during track and field competition or playing soccer. The episodes last 1-5 minutes and occur at variable phases of physical exertion. One episode was associated with bowel incontinence and two with urinary incontinence. He describes pre-syncopal symptoms of blurring of vision, fatigue, and non-specific chest pain, but no palpitations. The first episode of syncope occurred at age 5 after hitting his head on a monkey bar. He has had several medical evaluations during which an electroencephalogram, electrocardiogram, 24-hour Holter, and an exercise stress test (performed at age 10), were all reportedly normal. He returns to the cardiology clinic due to recurrent syncope, most recently shortly after competing in a 200m sprint. Physical examination was unremarkable.

Is a normal ECG and an exercise stress test sufficient to rule out cardiogenic causes of sudden death? What are the next steps to work up this patient?

The correct answer is: C. Yes, further workup would be helpful as his history warrants further investigation.

Recurrent syncope is a concerning "red flag," and the presence of hypertrophic cardiomyopathy and anomalous aortic origin of a coronary artery must be considered.

A transthoracic echocardiogram was obtained, and with careful imaging of the origins of the coronary arteries, the diagnosis of a single coronary artery arising from the right sinus of Valsalva was made (Video 1). An alternate imaging modality was obtained to evaluate for an inter-arterial or intra-myocardial course of the anomalous coronary artery, which may result in dynamic obstruction during physical exertion.

Two-dimensional (2-D) echocardiogram with color Doppler interrogation in the parasternal short axis view, demonstrating the presence of a single coronary artery, arising from the right sinus of Valsalva.

A repeat exercise stress test showed ≥3mm ST depression in inferolateral leads at stage IV of exercise (Figure 1). This depression normalized during recovery, although the patient remained asymptomatic during the test. 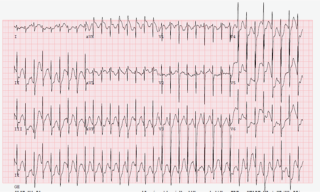 Anomalous aortic origin of a coronary artery (AAOCA) is the second leading cause of sudden cardiac death (SCD) in young athletes in the United States.1 Single coronary artery is a rare variant with a reported incidence of 0.024-0.05%.2 Myocardial bridging refers to a muscle band that overlies a segment of a proximal coronary artery. Typically, the proximal coronary arteries take an epicardial course. The incidence of myocardial bridging in the healthy pediatric population is unknown, but can occur in up to 28% of patients with hypertrophic cardiomyopathy, and is associated with poor outcome.3

During embryologic development, coronary artery endothelial cells proliferate from the aortic peritruncal plexus to connect to the aorta. Derangement in the molecular and cellular mechanisms of this process may lead to development of AAOCA.4 Clinical symptoms are often non-specific, but may include chest pain, dizziness, or palpitations. Exertional syncope, exertional chest pain, or exertional dyspnea are worrisome if present. However, the first clinical manifestation may be sudden cardiac death (SCD), particularly in young athletes. It has been demonstrated that ECG and exercise stress tests may be normal even in patients that subsequently suffer SCD from AAOCA.5 It is hypothesized that the mechanisms of ischemia in patients with AAOCA and/or myocardial bridges include lateral compression, torsion, or kinking of the intramural/interarterial coronary artery during exercise, with systolic compression of the intramyocardial segment or vasospasm of coronary artery associated with endothelial damage.6-8 This coronary artery obstruction may lead to compromise in coronary flow during exercise with resultant myocardial ischemia, ventricular tachycardia, or ventricular fibrillation.

Our patient was exercise restricted and referred for cardiac catheterization to assess the hemodynamic significance of the intramyocardial segment with measurement of fractional flow reserve (FFR) and intravascular ultrasound (IVUS). These techniques have been helpful to risk stratify a subset of patients with AAOCA and/or myocardial bridges.9 IVUS may also identify the presence, severity, and distribution of atherosclerotic changes that usually spare the bridged segment but affect the vessel proximal to the bridge, presumably due to altered flow dynamics.8

YOU ARE HERE: Home > Education and Meetings > Recurrent Syncope in a Child: Red Flags to Consider