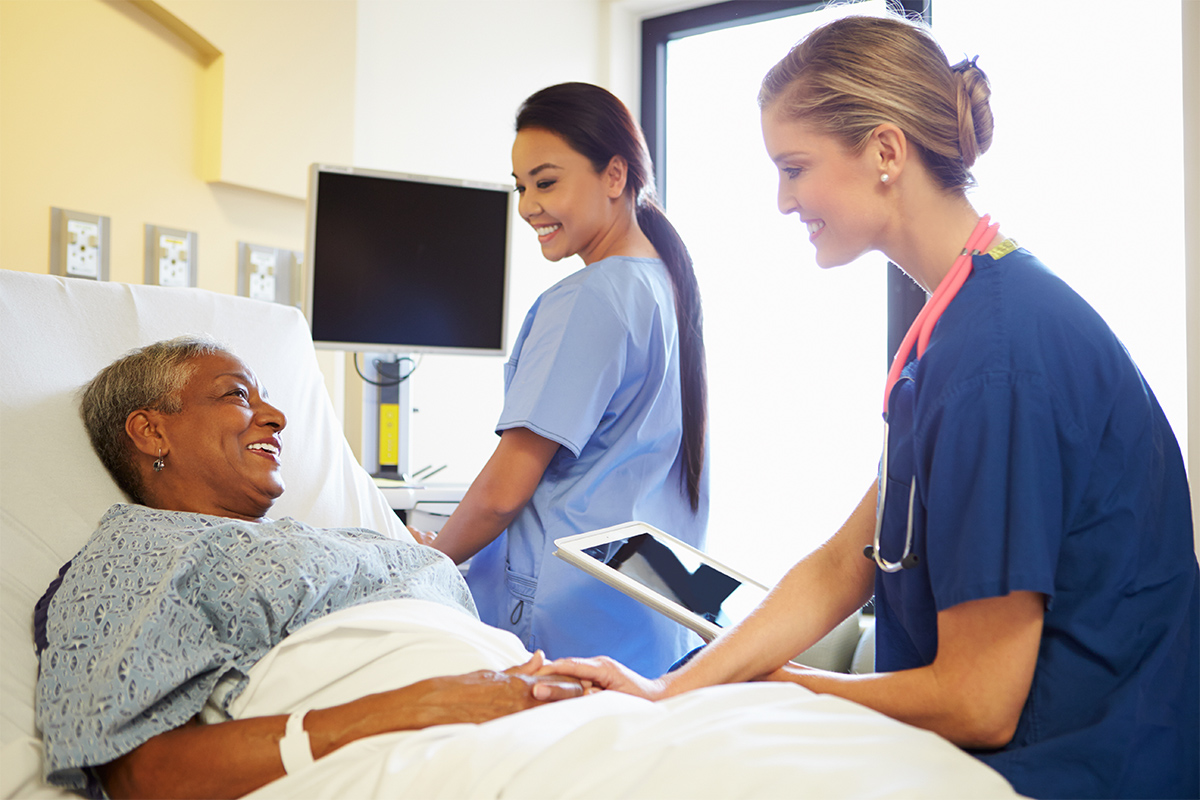 Mrs. PB is a 74-year-old African American woman with a history of hypertension and diabetes who suffered a myocardial infarction (MI) three years ago that was treated with primary PCI. Since then, she has adhered to her prescribed optimal medical therapy, including high-intensity statin, low-dose aspirin, metoprolol, lisinopril and metformin.

Her blood pressure, LDL-C and glycosylated hemoglobin were controlled to goal levels given her dedication to regular exercise, heart-healthy diet and adherence to medications. The remainder of her labs were significant for an HDL-C of 35 mg/dL and triglycerides of 220 mg/dL. After sustaining a recurrent MI one month ago, she sees you in clinic and asks how she can prevent yet another cardiovascular event.

As in the case of Mrs. PB, despite optimal medical therapy and excellent control of traditional risk factors, the risk of future events is not completely eliminated despite the best efforts of the patient and physician. The concept of "residual cardiovascular risk" has emerged as preventive therapies have improved in efficacy, yet failed to eliminate a substantial number of recurrent events in patients like Mrs. PB.

For example, despite the significant reductions in LDL-C achieved in trials testing the PCSK9 inhibitors, substantial residual risk remains. For instance, in the FOURIER trial, during a median follow-up of 2.2 years, nearly 6 percent of patients in the evolocumab arm, vs. 7.4 percent in the placebo arm, suffered from the composite outcome of cardiovascular death, MI or stroke, despite achieving LDL-C concentrations of 30 mg/dL.1

Independent of traditional risk factors, there is considerable residual risk mediated through pathways not directly addressed by our current management algorithms. We will review recent evidence for the treatment of inflammatory, prothrombotic and metabolic pathways that may help to prevent subsequent events for patients like Mrs. PB.

Inflammation has long been posited as a likely mediator of atherosclerotic cardiovascular disease (ASCVD). Further support for the inflammation hypothesis arrived in 2017 with the publication of CANTOS, a large randomized controlled trial in which investigators demonstrated that allocation of a potent and selective inhibitor (monoclonal antibody) of IL-1b, canakinumab, to patients with established ASCVD and elevated high sensitivity C-reactive protein (hsCRP) led to a 25 percent reduction in major adverse cardiovascular events (MACE) and a 31 percent reduction in cardiovascular death and all-cause mortality despite no changes in LDL-C.2 Importantly, there were nonsignificant reductions in mortality in patients whose hsCRP levels remained above 2 mg/L.

Similarly, the CIRT trial investigated the role of another anti-inflammatory agent, low-dose methotrexate, in patients with a history of MI or multivessel coronary artery disease as well as type 2 diabetes or metabolic syndrome.3

In the treatment arm, there was no effect on cardiovascular events or all-cause mortality with low-dose methotrexate as compared with placebo. Importantly the median hs-CRP in this trial was 1.5 mg/L at baseline, and at eight months following randomization, there was no impact on blood levels of hs-CRP, IL-6, or IL-1b.

Taking the findings of CANTOS and CIRT together, inhibition of the IL-1b- IL-6-hsCRP axis appears to be a critical pathway in atheroprotection.4 However, a broader role for anti-inflammatory therapies to prevent ASCVD events does not appear to be supported by the negative results of CIRT. Additional trials of additional anti-inflammatory therapies in patients with or at risk for ASCVD are ongoing.

Recently, clonal hematopoiesis of indeterminate potential (CHIP) also has been discovered as a mechanism driving ASCVD secondary to inflammation, particularly in older patients.5 Mutations in TET2 (tet methylcytosine dioxygenase 2), one of the genes associated with CHIP, was shown to promote atherogenesis in mouse models through IL-1b and NLRP3 inflammasome-dependent mechanisms.6

Consideration of inflammation as a driver of residual risk in those who continue to have events despite optimal LDL-C levels and other traditional risk factors is reasonable. As of 2019, there are no routinely used primary anti-inflammatory therapies (canakinumab is not commercially available) for prevention of cardiovascular events, though this pathway is clearly an important avenue for further research and cardiovascular prevention.

The routine use of antiplatelet agents in primary prevention has rightly come under scrutiny given the risk of these medications for major bleeding. However, in patients with known ASCVD, aspirin is a cornerstone of optimal medical management. As illustrated in the case of Mrs. PB, aspirin alone may be not be sufficient to prevent recurrent atherothrombosis and subsequent cardiovascular events in patients at high thrombotic risk.7 As such, identification of patients who would benefit from intensification of antithrombotic or anticoagulant therapy is of great interest.

Two trials have demonstrated the utility of adding low-dose anticoagulation to antiplatelet medications. In ATLAS ACS 2-TIMI 51, the addition of low-dose rivaroxaban (2.5 mg or 5 mg twice daily) to antiplatelet therapy after a recent cardiovascular event (with 93 percent of patients on dual antiplatelet therapy [DAPT]) demonstrated a 16 percent relative risk reduction in MACE as compared with the antiplatelet alone strategy. However, this benefit was offset by an increase in major bleeding (2.1 percent vs 0.6 percent; p<0.001) and intracranial bleeding.8

Importantly, in a subgroup analysis, the magnitude of benefit was even more pronounced in those with peripheral arterial disease, a population with increased atherosclerotic burden generally affecting multiple vascular beds. In a select population at higher risk of thrombosis (with low bleeding risk), this strategy appears to be a promising avenue for further reduction of residual thrombotic risk.

Extending DAPT beyond a year post PCI also has been controversial. The DAPT Study demonstrated a benefit of DAPT when extended beyond 12 months compared with aspirin plus placebo, although at the cost of increased moderate to severe bleeding (2.5 percent vs 1.6 percent; p=0.001).10 PEGASUS-TIMI 54 demonstrated that the addition of ticagrelor to aspirin resulted in a 16 percent reduction in MACE compared with aspirin alone, although this was again offset by an increased risk of major (but not fatal) bleeding.11

THEMIS and its substudy in prior PCI patients, THEMIS-PCI, recently presented at ESC Congress 2019, sought to identify patients who would enjoy the greatest benefit from DAPT. In patients with stable ischemic heart disease and diabetes, the addition of ticagrelor to aspirin led to a reduction in MI (2.8 percent with ticagrelor + aspirin vs. 3.4 percent with placebo + aspirin), with an exploratory composite outcome of irreversible harm, all-cause death, MI, stroke, fatal bleeding or intracranial hemorrhage (which occurred in 10.1 percent of the ticagrelor + aspirin group compared with 10.8 percent of the placebo + aspirin group).

There was no difference in cardiovascular death. TIMI major bleeding was observed in 2.2 percent of patients in the ticagrelor + aspirin group compared with 1.0 percent of the placebo + aspirin group (p<0.001). Importantly, THEMIS-PCI demonstrated that patients with diabetes and stable CAD with a history of PCI experienced a significant reduction in cardiovascular events when ticagrelor was added onto aspirin. This likely identified a patient group that had previously tolerated DAPT, thus enriching for a population with a more favorable risk-to-benefit ratio.

Lipoprotein(a) (Lp[a]) is an LDL-like particle covalently bound to a apolipoprotein(a) (apo[a]) that plays an active role in vascular atherothrombosis. Lp(a) levels are governed largely (about 90 percent) by genetic factors. Several studies have demonstrated the association of Lp(a) with risk of cardiovascular events, independent of traditional risk factors.12,13 Genetic studies suggest a potential causal role of Lp(a) in ASCVD and calcific aortic valve stenosis.

Novel therapies that selectively target Lp(a) are currently under investigation. A phase 2 trial of AKCEA apo(a)-LRx, an apo(a) antisense oligonucleotide, reduced Lp(a) up to 80 percent and a phase 3 cardiovascular outcomes trial is planned. Additionally, an antibody that binds and inactivates the pro-osteogenic activity of Lp(a) has promising in vitro data.

Triglycerides and triglyceride-rich lipoproteins have also been identified as important contributors to residual risk. In the REDUCE-IT trial, 4 g of icosapent ethyl (EPA) daily was found to be beneficial in a high-risk population (established ASCVD or diabetes with other risk factors) with elevated trigylcerides (135-499 mg/dL) and well controlled LDL-C (41-100 mg/dL).14 The relative risk reduction associated with the addition of high-dose EPA was 25 percent (17.2 percent with EPA vs. 22.0 percent with placebo).

A new age for diabetes care has been heralded by the discovery of the glucagon-like peptide 1 receptor agonists (GLP1-ra) and sodium-glucose co-transporter 2 inhibitors (SGLT2i). Although mechanisms of benefit are incompletely understood, these medication classes demonstrate a consistent signal of benefit for risk reduction in diabetic patients with ASCVD.

Possible mechanisms of benefit include improved myocardial energetics (increase in ketones due to SGLT2i) as well as weight loss and decreased blood pressure seen with these medications. The mechanisms of benefit are likely different for the two classes. SLGT2i exhibit their benefit early after initiation and largely due to improvement in heart failure and renal outcomes. GLP1ra display their mortality benefit following a matter of months to years and are largely mediated through reduction in atherosclerotic events.

Importantly, these medications were recently shown to confer a mortality benefit in diabetic and nondiabetic heart failure patients alike in the DAPA-HF study, recently presented at the ESC Congress 2019. While further investigation is needed, it is conceivable that the SGLTi may one day be regarded as heart failure drugs, regardless of diabetes status.

Best Next Steps For Mrs. PB

Although substantial gains have been made in cardiovascular disease prevention, considerable residual risk persists despite the best efforts of providers and patients, as shown in the case of Mrs. PB. However, given the best available evidence, addition of high-dose EPA (given elevated triglycerides) and/or a GLP1-ra or an SGLT2i (given comorbid diabetes) should be considered for Mrs. PB.

Additionally, one might also consider intensification of her antithrombotic strategy given the results of COMPASS and THEMIS-PCI, following a discussion between patient and provider weighing her bleeding risk with the possible benefit of this strategy.

There are a number of contributors of risk that extend beyond the scope of this review. Socioeconomic status and inequity, as well as mental health, are important drivers of cardiovascular disease with interventions that require similar rigor to the biological pathways discussed above. Further research into these fields is also critical to improve outcomes for patients as we reach the limits of current treatment paradigms. 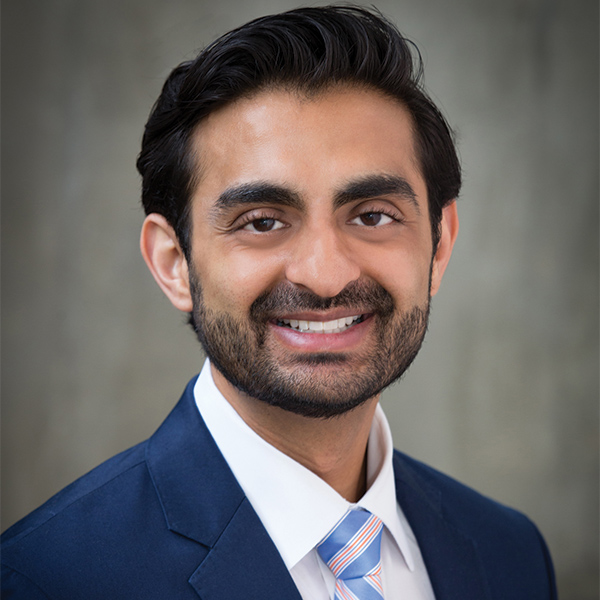 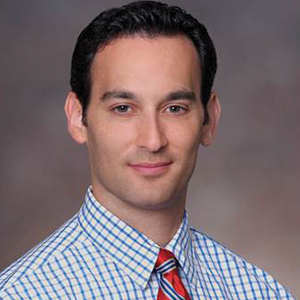 YOU ARE HERE: Home > Latest in Cardiology > Addressing Residual Risk in Secondary Prevention