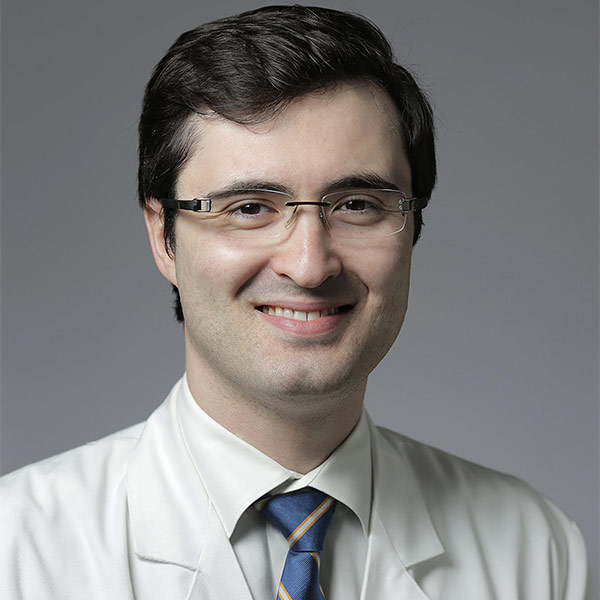 Marat Fudim, MD, FACC, an assistant professor of medicine at Duke University, will discuss his research into the use of splanchnic nerve blockade for the treatment of patients with heart failure (HF) when he presents the Douglas P. Zipes Distinguished Young Scientist Awardee Keynote during ACC.21. In an interview with Cardiology magazine, Fudim talks about the research that's at the heart of his Keynote, the Neuro-Cardiology Collaboratory he started, and his advice for other young investigators.

Please explain your concept of splanchnic nerve blockade for treating patients with acute and chronic HF.

The Douglas P. Zipes Distinguished Young Scientist Awardee Keynote, "Moving Volume: Splanchnic Nerve Blockade in Heart Failure," will be presented on Sunday, May 16, from 9:33 to 9:53 a.m., on the Global Cardiovascular Health Channel.

Heart failure is a complex disease state characterized by many pathologies. Along with impaired cardiac function, congestion is a key feature of HF. Cardiovascular congestion is commonly considered a state of fluid overload. In many cases patients develop congestive HF with all the typical signs and symptoms, but there is no frank evidence of fluid overload. Further, patients with HF are often limited in their functional performance irrespective of their fluid status. So, it appears that fluid overload is neither necessary nor sufficient to explain cardiac decompensation. The concept of fluid redistribution rather than merely fluid gain could provide an explanation.

A large portion of the blood in the human body is located in the abdomen. The vessel-rich organs of the abdomen (the splanchnic compartment), such as liver, spleen and gut, contain up to one-third of the total blood volume. The distribution of blood in the organ systems (heart and lungs vs. abdomen) is not fixed but is controlled by the autonomic nerves. The so-called splanchnic nerves provide a very dense innervation to the abdomen. Changes in the autonomic tone (sympathetic fight or flight) can lead to vasoconstriction with fluid recruitment from the abdomen to the chest, resulting in an increase in preload and afterload. This reflex is physiological in every human. We depend on the fluid recruitment to counter gravity when we stand and our blood pressure (BP) suddenly falls or when we exercise and need to increase our cardiac output. However, in HF the autonomic innervation of the splanchnic compartment is likely dysregulated.

HF presents a general state of sympathetic hyperactivation and likely at rest or with activity leads to inappropriately high sympathetic tone. The vasoconstriction that comes with the distribution of blood into the chest is poorly tolerated given that the heart and vasculature are stiffer than normal, and this leads to increased intracardiac pressures. Elevated intracardiac pressures, such as pulmonary arterial or left atrial pressure, are considered key drivers of limited exercise capacity in patients with HF. A reduction in blood shifts could reduce these pressures and thus improve symptoms and exercise function in this population.

Splanchnic nerve blockade targets this pathology by inducing vasodilation of the splanchnic vascular compartment and shifting blood back into the abdomen. In ambulatory HF, this intervention should be able to prevent blood distribution towards the heart during exercise and the shortness of breath experienced during exercise coming from the pressure rise in the heart and lungs, and should prolong exercise function.

My research so far has demonstrated that stimulating the nerves in animals or humans increases preload and afterload, likely driven by a volume shift. In humans with decompensated HF, blockade of the splanchnic nerves decreases the pressure in the heart and leads to improved cardiac output. In chronic HF, the same temporary nerve block led to decreased pressures with exercise when compared to pressures before the block. Patients tended to exercise harder (higher watts) and to a high peak VO2.

What led you to this concept of using splanchnic nerve blockade?

During my residency I observed patients with recurrent hospitalizations but without any evidence of weight gain, which made me question the current paradigm of fluid overload being the main driver of HF decompensation. This led me to explore the regulation of blood volume in the human body.

A great deal of work has already been done in the anesthesia space to understand the significance of the splanchnic compartment in the regulation of BP preload to the heart and cardiac output. Anesthesiologists deal with splanchnic vasodilation all the time (and often deal with it as a side effect of local anesthesia; epidural anesthesia or splanchnic blocks for pain).

Then it clicked for me: in adults without HF, a common side effect is a drop in preload with orthostasis when an anesthesia nerve block is performed. This side effect is temporary and reversed by hydration. Thus, I questioned whether this "unwanted side effect" with anesthesia might be a therapeutic effect in HF. Paired with the increasing insight into the physiology of cardiac decompensation, I decided to study this approach.

Studies you've led have shown this is a safe and effective approach and exercise performance is increased. What are next steps to move this forward to become a potential treatment for HF?

To date we have evidence that temporary blocks of the nerve are well tolerated and reduce the pressure in the heart. The next step is to demonstrate that long-term blocks can sustain the safety and efficacy we've observed. There are multiple parallel efforts across the U.S. and Europe testing this. European colleagues as well as industry have studied the safety and efficacy of permanent splanchnic nerve resection (surgically) and ablation (catheter-based) using a minimally invasive approach. Further, we need to study this therapy in a randomized controlled fashion. The REBALANCE HF trial of catheter-based splanchnic nerve ablation is underway now.

Will this be an add-on therapy or a replacement therapy for HF?

Are there limitations in the use of splanchnic nerve modulation?

A key limitation so far is the BP-lowering effect. Notably, orthostatic hypotension is induced when the nerves are blocked bilaterally. While these BP drops were limited to a few hours and were reversible with hydration, going forward we are using a unilateral block where we don't see this side effect.

Another limitation is the inability to visualize the nerve, regardless of the technology used for the block, and we rely on the relatively fixed anatomy of the nerves. Thus, we rely on physiological parameters such as BP, heart rate changes, etc., to tell us whether the nerve was blocked successfully.

This therapeutic approach is still at an early stage of development, thus we haven't had enough experience to be able to tell who might derive the most benefit from the procedure and who will not. But this will be important going forward.

Tell us about the Neuro-Cardiology Collaboratory that you started. What led you to this and what is the potential behind this collaboration? What does it mean to you and for research to cross the boundaries between fields and areas of study?

This work looking at the potential of splanchnic nerve blockade would not have been possible without many collaborators. Because the field of neuro-cardiology touches many disciplines, one of my first efforts at the Duke University Medical Center was to create a group of investigators interested in the investigation of autonomic function and neuromodulation. This group includes cardiologists, anesthesiologists and surgeons and has now expanded to basic scientists. The interdisciplinary nature of the group gives us access to different techniques to perform neuromodulation, methods to study autonomic function and, most importantly, diverse opinions of human physiology. I am always fascinated by how the same clinical problem is viewed/perceived differently by different specialties. Our approaches to clinical problems are very diverse and I always learn from my colleagues.

What does it mean to you to be recognized with the Douglas P. Zipes, MD, MACC, Distinguished Young Scientist Award?

I am deeply honored by this award. Beyond the obvious reasons that come with this recognition, I am a very big fan of Dr. Zipes himself. As a matter of fact, he has been one of the "fathers" of neuro-cardiology and has done a lot of work in the field of neuromodulation. I am grateful for the recognition, knowing there have been many other deserving candidates.

There are many people I would like to thank for their support and guidance. They include my many Duke internal and external mentors. At Duke, my mentors and the leadership have provided unparalleled support for my "unconventional" ideas and research. I know that was not always easy. I owe special thanks to my mentors Manesh R. Patel, MD, FACC; Adrian F. Hernandez, MD, MHS; W. Schuyler Jones, MD, FACC; G. Michael Felker, MD, FACC; and to my anesthesia collaborators as well as the cath lab and research staff and our patients.

What advice do you have for other young scientists in moving forward with their own research?

While I might not be in a position to give other young scientists advice (I still feel young myself and I have more to learn), I always advise trainees to continuously question our current understanding and beliefs of human physiology. I don't think that the days of "old school physiology" are over and that we already know all about the mechanics of the cardiovascular system. Perseverance pays off, so keep at it and don't shy away from "risky" projects.