Women in Pediatric Cardiology: Where We Have Been and Where We Are Going 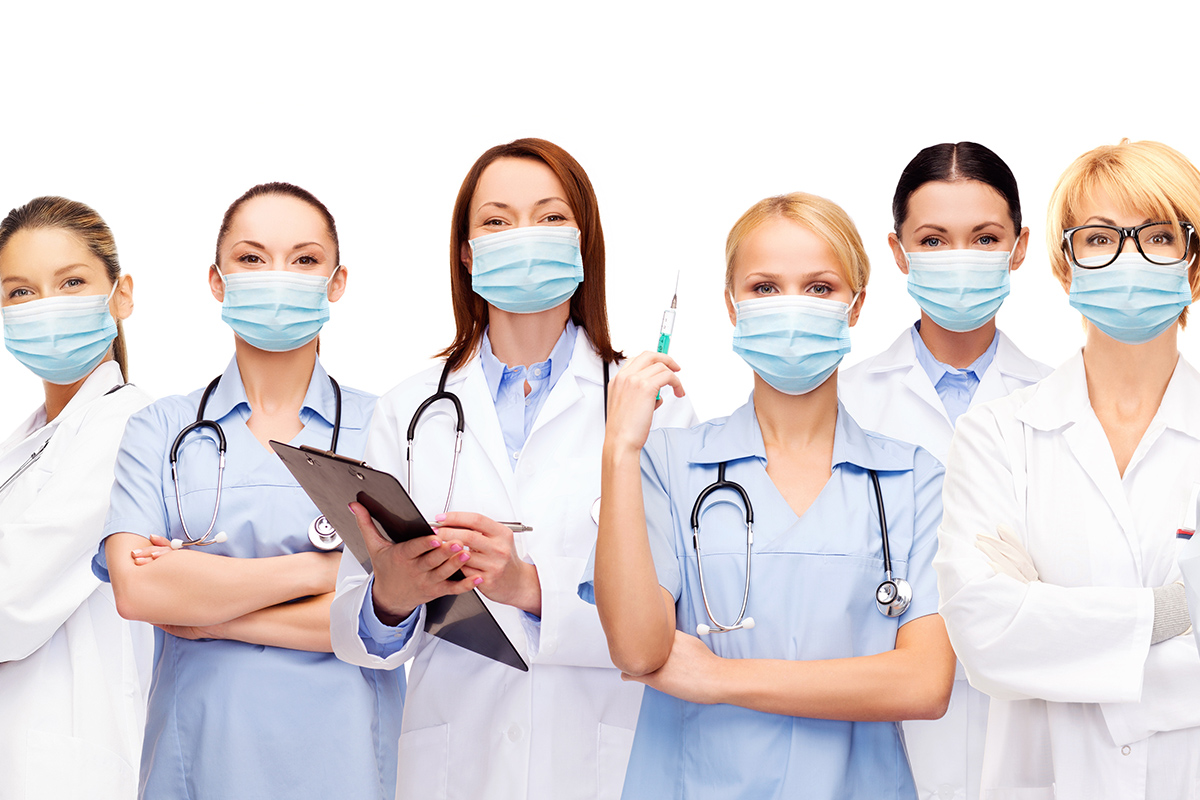 Fred Astaire and Ginger Rogers danced in many films together in the 1930s-40s. Though many focused on Fred Astaire's dancing abilities, a cartoonist named Bob Thaves recognized that Ginger Rogers did "everything he did...except backwards and in high heels."

Despite the fact that the majority of medical students are now women, there still exists a major gender gap within several fields, including the specialty of cardiology.

For adult cardiology, practicing women physicians make up only 18% of the work force. Even pediatric cardiology remains a male-dominated field within pediatrics; only one-third of board-certified practitioners are female.

It naturally follows that these disproportions become even more profound in academic leadership; currently, there are six female division chiefs of pediatric cardiology out of more than 50 academic programs in the U.S.

It is therefore ironic that pediatric cardiology emerged as a discipline primarily as the result of the pioneering work of two extraordinary women. 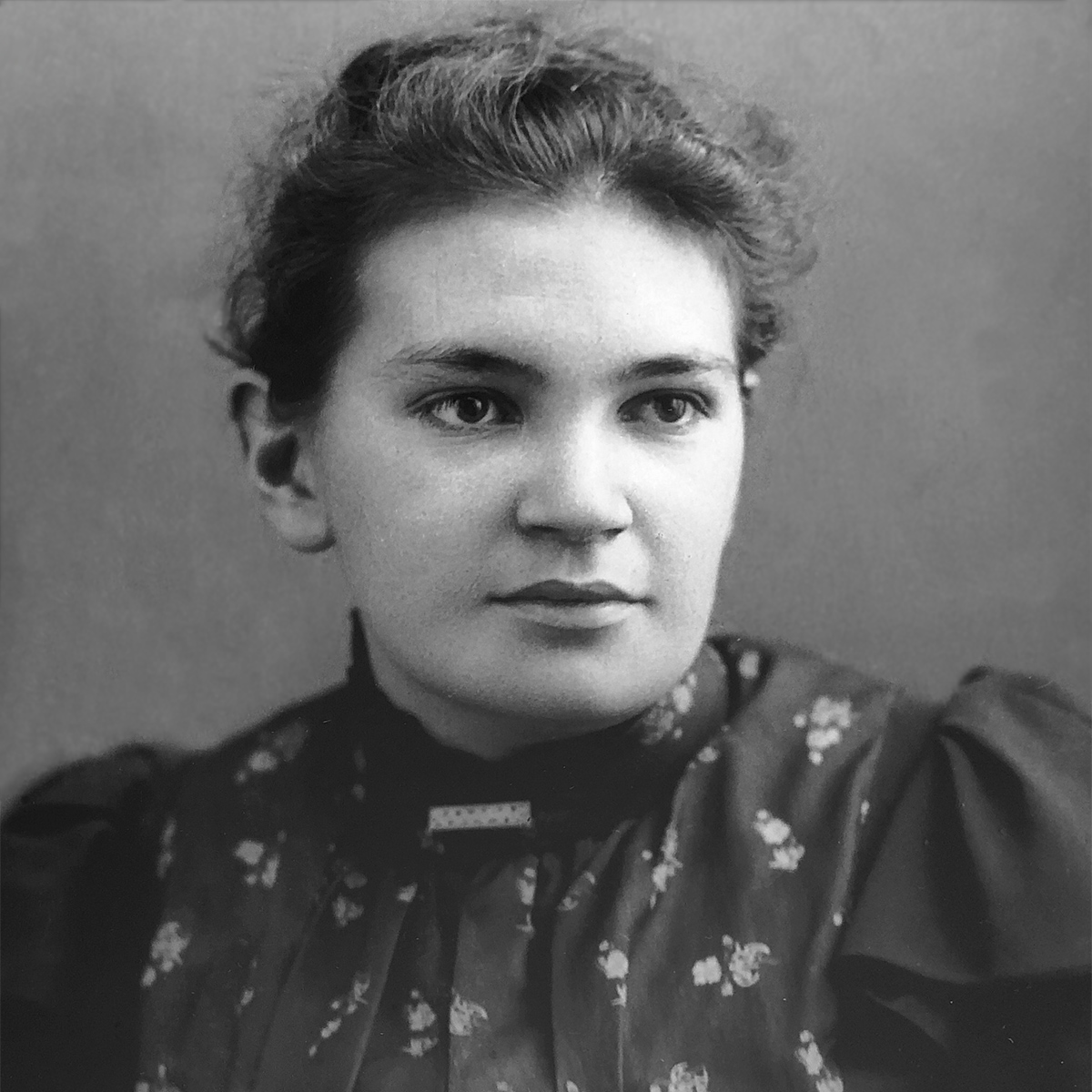 Maude Abbott, MD, was born in St. Andrews, Canada, in 1868 and was raised by her grandmother, a fierce advocate who told her she could be anything she liked. Despite being Valedictorian in classics at McGill University, she was refused admission to the medical school.

In fact, the chief of surgery claimed he would resign if women were admitted to medical school, and a professor at the time proclaimed that "the introduction of women amongst medical students would be nothing short of a calamity."

Ultimately, Abbott attended Bishop Medical School where she was the sole female student and received several academic prizes. She furthered her studies in Vienna for several years, but her medical career was stymied on her return to Montreal.

Abbott was forbidden from practicing as a clinical physician because she was told that women were not allowed to touch patients.

In 1898, Abbott became the assistant curator of the McGill Medical Museum, which housed a disorganized collection of pathologic specimens including hearts with congenital defects.

Influenced by William Osler, MD, she focused her efforts on the cardiac specimens, which served as the source material for a set of landmark works in congenital heart disease.

Abbott wrote a chapter on congenital heart disease for Osler's "Modern Medicine," at which he marveled that it was the best thing ever written on the subject.

She devised a new classification system of cardiac defects, including the distinction between cyanotic and acyanotic heart disease, a categorization that we now take for granted.

In 1936, Abbott's efforts culminated in the publication of her Atlas of Congenital Cardiac Disease, a Herculean document that categorized congenital heart disease based on embryology, pathophysiology, clinical tests such as ECGs and roentenograms, and in some cases, clinical presentations.

In essence, her work laid the foundation for modern congenital heart surgery. Despite her vast accomplishments, Abbott was never promoted past assistant professor and her colleagues refused to call her "doctor."

Widespread recognition of her contributions came posthumously – the McGill Medical Museum was named in her honor and she was inducted into the Canadian Medical Hall of Fame. 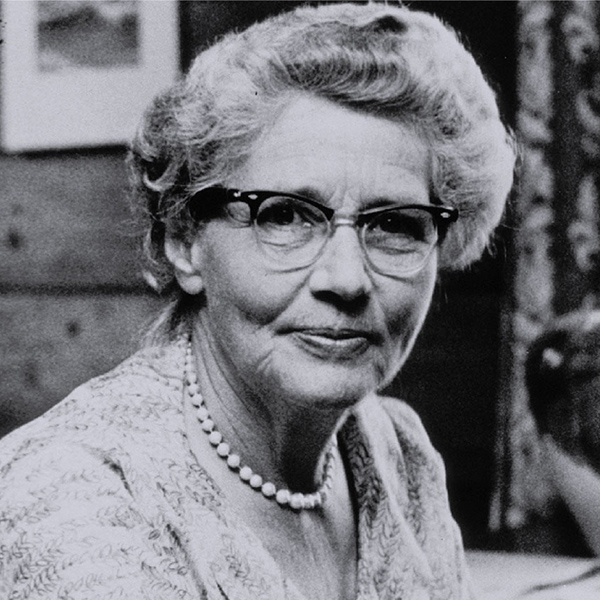 Abbott's ground-breaking work influenced the career of another woman pioneer and innovator in the field of pediatric cardiology – Helen B. Taussig, MD, FACC.

With more name recognition in part because of the eponymous shunt, Taussig's accomplishments are legion and extend well beyond this contribution. She too faced enormous challenges in her medical career, but the outcomes of her tenacity and dedication reverberate to this day.

Taussig suffered from dyslexia and progressive deafness in adulthood (possibly as a result of childhood pertussis infection) but overcame these obstacles and completed her undergraduate studies at Radcliffe and UC Berkeley.

Like Abbott, she was rejected from medical school, this time from Harvard, because she was a woman. She was told she could study histology in the back of the classroom so that she did not "contaminate" the male students.

Undaunted, Taussig knew that Johns Hopkins accepted female medical students and was accepted there in 1924. (As an aside, when Johns Hopkins wanted to start a medical school at the turn of the 20th century, the deans approached a group of Baltimore philanthropic women spearheaded by Mary Elizabeth Garrett to donate to their cause.)

These women stipulated that they would only give the money if women were enrolled in every class.

After impressing her male supervisors, Taussig was eventually appointed to run the first pediatric cardiology clinic in the U.S. She meticulously collected data on her congenital heart disease patients and developed an interest in the "blue baby syndrome." 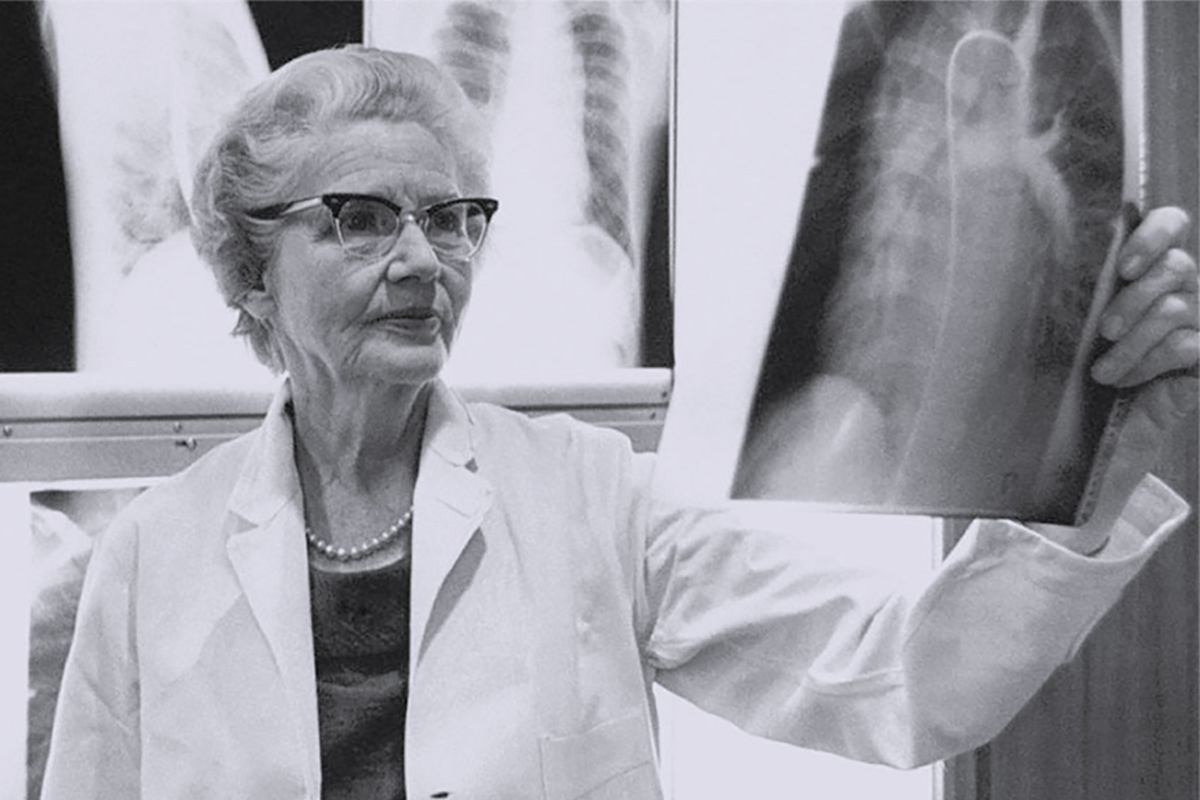 She astutely recognized that children with tetralogy of Fallot (this term coined by Abbott) who had a patent ductus arteriosus lived longer than those who did not and surmised that a man-made ductus arteriosus could potentially help sustain life in these infants.

With this association in mind, she approached Robert Gross, MD, the famous Harvard surgeon who had performed the first closure of a ductus arteriosus, but he ridiculed the idea.

Unfaltering, she then approached Alfred Blalock, MD, at her own institution, who had research experience establishing shunts between the subclavian artery and pulmonary artery as a model for pulmonary hypertension.

With the help and expertise of his research assistant, Vivien Theodore Thomas, an African-American surgical technician who faced his own struggles with discrimination in a white, male-dominated field, the team succeeded in making such a shunt in children and reported it in 1945.

A modification of this surgical strategy to provide pulmonary blood flow in patients with pulmonary stenosis or atresia is still used today.

As a result of this revolutionary work, Taussig began to lecture all over the world gaining widespread recognition for her expertise in congenital heart disease. However, her efforts extended outside of cardiology.

In 1964, she received the Medal of Freedom from President Johnson, not for her work on congenital heart disease but for her campaign against thalidomide.

Thalidomide had been used for morning sickness in pregnant women and there had been case reports of phocomelia (absence of limbs) in the children of women who had received the medication in Europe. Taussig traveled to Germany and bore witness to the devastating effect of thalidomide on these children.

Along with Francis Kelsey, MD a female pharmacologist and physician at the U.S. Food and Drug Administration (FDA), she was instrumental in preventing FDA approval of thalidomide and thus, averted an epidemic of severe congenital anomalies in the U.S.

Taussig became the first female president of the American Heart Association and used this opportunity to bring the field of pediatric cardiology to global attention, even presciently advocating for healthy diet to offset risk factors for atherosclerotic disease. 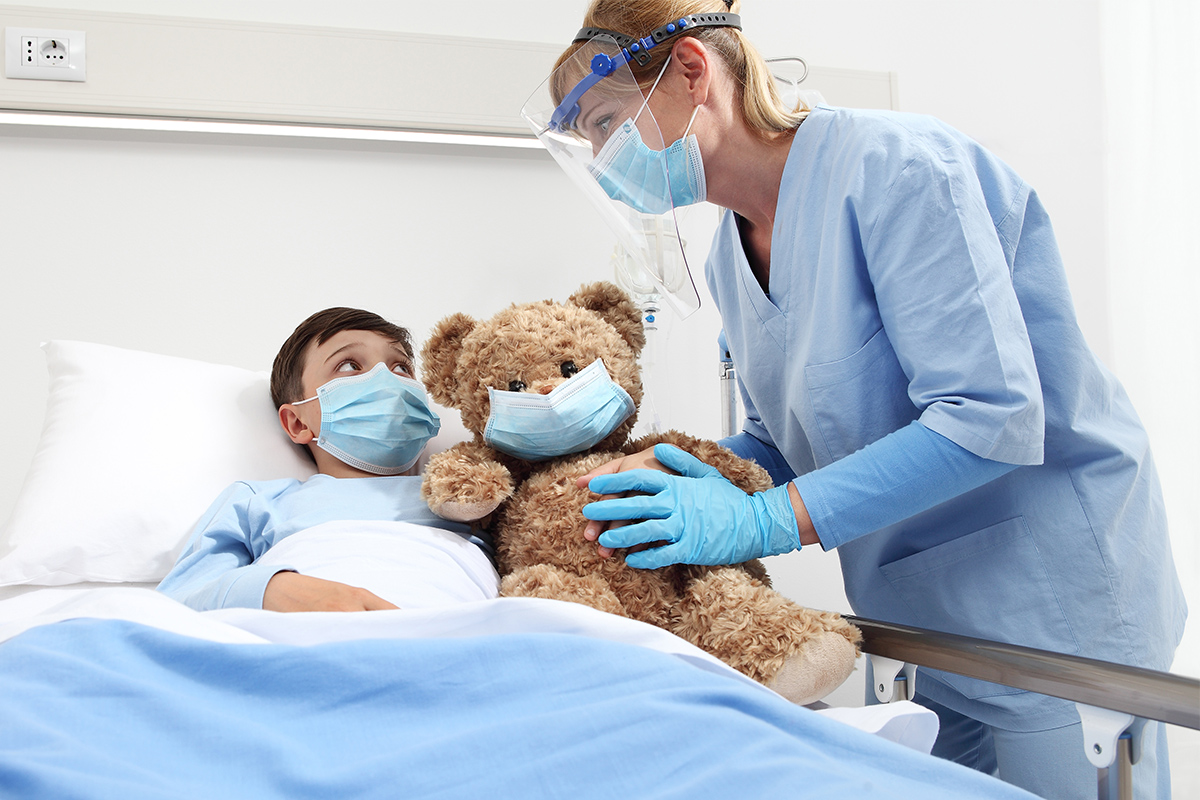 She trained the next generation of pediatric cardiologists, many of whom established careers of renown across the country including Mary Allen Engle, MD; Stella Van Praagh, MD; Ruth Whittemore, MD; Janet Baldwin, MD; Eugenie Doyle, MD; and Charlotte Ferencz, MD (and several accomplished men too).

Now there is a new generation of up and coming women in pediatric cardiology, fortunately too many to name, who are changing our field for the better. It is incumbent upon these individuals to become the next leaders to ultimately render gender disparity a relic of the past.

Importantly, without the foundational and tireless work of Maude Abbott and Helen Taussig, our field and the careers we have built would not exist.

They exhibited characteristics that all leaders, no matter the gender, should have: curiosity and perseverance, inner confidence when under doubt and disparagement, vision with a big picture view of a problem, the spirit of collaboration and tenacity, resilience and grit.

In other words, they could dance backwards and in high heels. This article was authored by Meryl S. Cohen, MD, MS Ed, FACC, cardiologist at the Children's Hospital of Philadelphia in Philadelphia, PA.