An Undergraduate Student's Perspective on ACC.22

My advisor described attending a major cardiology conference like going to Disneyland – a free-for-all of sessions and exhibits that you can attend and participate in. This sounded super exciting at first, but as the day got closer, I realized that going to Disneyland alone – especially when you are way below the age limit – can be daunting. I was nervous to be a leader to people who were both much more qualified and older than me.

My name is Aashna Suvarna. I am an undergraduate student studying molecular cellular biology at the University of California at Berkeley. ACC.22 was my first conference that I attended and presented my research at. My project started when I noticed the lack of female patients and female cardiologists while interning at a Cardiac Rehab Centre. I reached out to Celina Yong. MD, FACC, after noticing her previous work on gender disparities in health care. She was kind enough to mentor me on this project where we found an association between female PI led studies and the number of female patients recruited in cardiovascular clinical trials over a ten-year period.

My strategy at first was to be a fly on the wall and simply absorb everything around me. After all, anything I learned would be a huge takeaway. I was also prepared for low attendance at my moderated poster presentation; however, there was something electric about the coming together of passionate and curious scientific minds. I found myself asking questions, going up to panelists after sessions to introduce myself, taking extensive notes on complex cardiovascular topics and receiving suggestions for follow-up studies by a very active and sizeable audience that showed up for my presentation.

Part of the findings that I presented was the fact that compared to National Institute of Health (NIH)-funded studies, industry-funded studies recruit lower proportions of women in their trials. An industry representative approached me after my presentation and said I gave her some food for thought, and that she would investigate the gender splits of clinical trials that her company sponsors. That moment was special as I saw what inquiry and persistence can do to a simple observation. It can turn into impactful results. Conferences like ACC.22 harbor these moments by bringing together so many remarkable people from different sectors of the field.

My favorite place to stop by was the Women in Cardiology Lounge. It was always bustling with motivated female cardiologists who were eager to mentor the next generation of prospective female cardiologists like me with meaningful sessions about their personal journeys. Although there is still a lot of work to be done (I hope to see more female faces at the much-awaited late breaking clinical trials sessions) and the goal is certainly to reach a point where we don't need a Women in Cardiology Lounge, it was heartening to have an established support system in a specialty that is notorious to be male-dominated.

Through ACC, I was exposed to a research area that I realized I am very passionate about: promoting equity in healthcare. I learned the importance of being an active part of the health care system; not just improving the way health care is delivered, but also the way it is practiced. I hope to continue to conduct research in this area and other issues regarding disparities in health care. 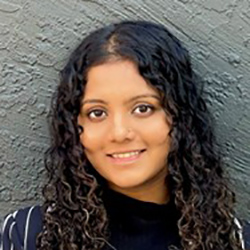 This article was authored by Aashna Suvarna, an undergraduate student at the University of California at Berkeley.

This content was developed independently from the content developed for ACC.org. This content was not reviewed by the American College of Cardiology (ACC) for medical accuracy and the content is provided on an "as is" basis. Inclusion on ACC.org does not constitute a guarantee or endorsement by the ACC and ACC makes no warranty that the content is accurate, complete or error-free. The content is not a substitute for personalized medical advice and is not intended to be used as the sole basis for making individualized medical or health-related decisions. Statements or opinions expressed in this content reflect the views of the authors and do not reflect the official policy of ACC.
YOU ARE HERE: Home > Membership > Member Sections > Women in Cardiology Section > Section News > An Undergraduate Student's Perspective on ACC.22