Michael W. Rich, MD, FACC, was drawn to cardiology fairly early on in medical school. "The physiology and pathophysiology of the cardiovascular system was both intriguing and stimulating," he explains. However, his journey in geriatric cardiology began years later when he accepted an offer to become the director of the coronary care unit (CCU) at the Jewish Hospital of St. Louis at Washington University in St. Louis, MO. While reviewing data on CCU admissions, he discovered that approximately 50 percent of the patients were 70 years of age or older; and 20 percent were 80 or older. "Despite the high proportion of older patients admitted with acute coronary syndromes, there was virtually no published literature on how to manage these patients, as almost all studies of acute myocardial infarction excluded older patients," he explains. Rich perceived this as an opportunity to make a contribution and says this sparked his interest in the broader field of geriatric cardiology. 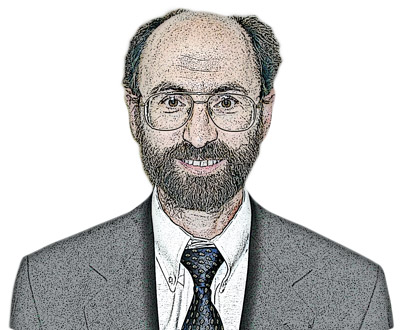 He became a Fellow of the ACC in 1987 and has been a member of the Geriatric Cardiology Section Leadership Council since its inception in 2009. He has served as co-chair of the Research Working Group, and currently serves as senior advisor to the group. He helped to secure three funding awards from the Association of Subspecialty Professors and from the Alliance for Academic Internal Medicine, which have helped to strengthen geriatric cardiology within the College. He notes that the College is "extraordinarily supportive of the Geriatric Cardiology Section," which was established in 2011 and now boasts over 2,000 members. "I have been fortunate to participate in numerous ACC activities, and strongly urge all fellows and early career physicians to take advantage of what the College has to offer and become actively involved in the various sections and committees," he says.

Rich notes that many do not realize the importance of differentiating between traditional adult cardiology and geriatric cardiology. "This is crucial because how you diagnose and treat a patient with cardiac problems at age 80 can be very different from how you would manage a patient at age 50," he explains. In order to begin to close the gap between cardiology and geriatrics, he published a seminal paper in the New England Journal of Medicine in 1995, presenting support for a multidisciplinary team-based approach to caring for older cardiovascular disease patients. The focus of the paper was on prevention of readmission in older patients with heart failure, an issue that still resonates today. He recognizes Raymond Harris, MD, FACC, for serving as an important role model when he was welcomed into the Council on Geriatric Cardiology (CGC) "with open arms," which he credits as serving as "the portal of entry for engagement with the burgeoning geriatric cardiology community."

He also credits Nanette Kass Wenger, MD, MACC, as a leader and role model extraordinaire for innumerable individuals in geriatric cardiology, women in cardiology and cardiac rehabilitation, calling her "the ultimate geriatric cardiologist." Further, he notes that Robert Kleiger, MD, FACC, "has been a valued teacher and role model, exemplifying the classic triple threat by being an outstanding clinician, educator and clinical investigator."

Rich's devotion to his work and willingness to venture into uncharted territory in geriatric cardiology recently earned him ACC's Distinguished Service Award during ACC.15. "Geriatric cardiology has experienced substantial growth over the past decade, in large part through the efforts and dedication of Daniel E. Forman, MD, FACC; Mathew S. Maurer, MD, FACC; and many others; and this award signifies that I have made a contribution to this growth."

In his spare time, he enjoys running – and has run 15 marathons – biking, and is an avid reader with primary interests in classical and world literature, history and physics. He also believes that behind every great physician is an even greater support system and likes to spend as much time with family as possible. He thanks his mother, his wife Vicki, and their six children, for supporting him throughout his career.