SGR is History, Now What?

Heart of Health Policy | Congress implemented the Medicare Sustainable Growth Rate (SGR) as part of the Balanced Budget Act of 1997 in an attempt to control the rising costs of Medicare payments for physician services. The formula sought to limit clinician reimbursement by tying updates to targeted spending growth in the economy rather than to the quality of care delivered by providers. However, since 2002, at the urging of Medicare patients and the clinicians who care for them, Congress was forced to step in with short-term legislation or "patches" to avert steep cuts to reimbursement. Seventeen patches since 2002 created a gigantic fiscal hole. At the end of the first quarter of 2015, a 21 percent cut to Medicare reimbursement was imminent. In April, President Barack Obama signed into law the Medicare Access and CHIP Reauthorization Act of 2015, which not only repealed the severely flawed SGR formula that had been plaguing clinicians for years, but replaced it with a novel approach to Medicare reimbursement that will directly affect how physicians and cardiovascular team members deliver care now and in the future.

For nearly two decades, SGR repeal dominated the medical community's advocacy efforts. Now that SGR is history, the ACC has realigned the legislative issues it will tackle during the 114th Congress. With the ACC's advocacy agenda in solid shape, the College is well positioned to shape the future of cardiology. 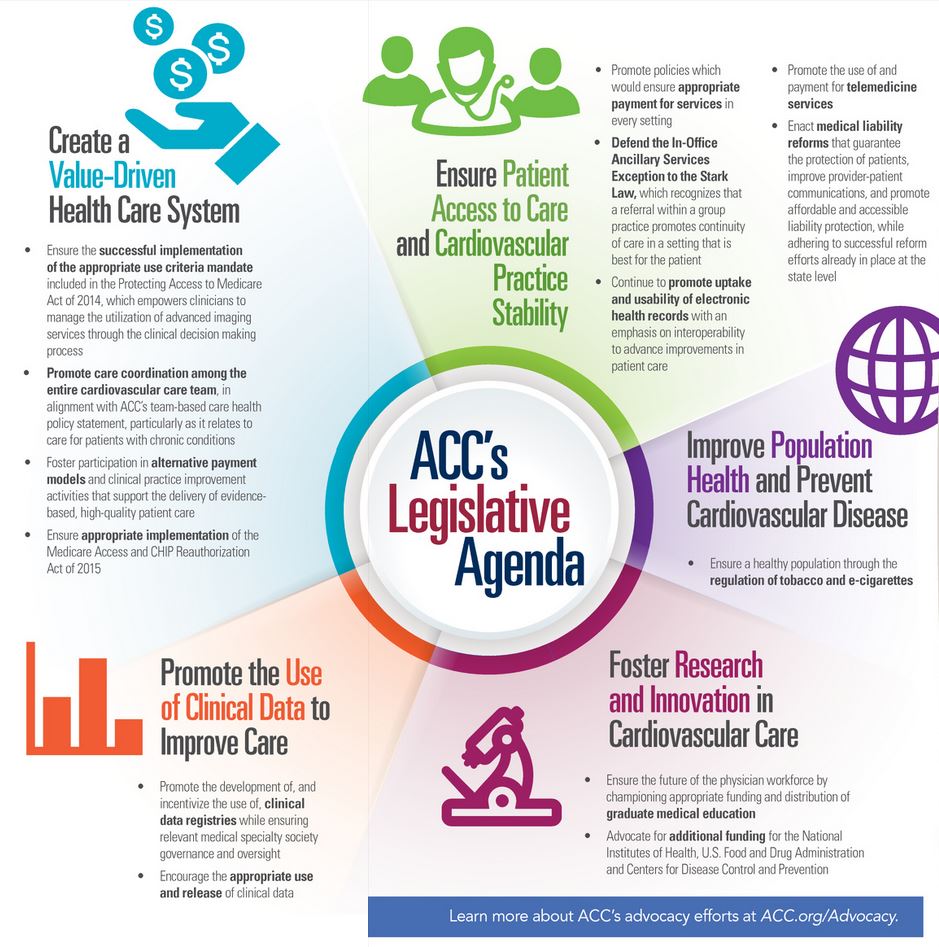 YOU ARE HERE: Home > Latest in Cardiology > SGR is History, Now What?