Going Army: The Life of a Deployed Cardiologist

When a physician chooses to serve in the military, they are likely signing on for the unique responsibility of deployment and treating patients in a variety of settings and conditions. It is a practice setting few cardiologists will experience in their lifetime. Lieutenant Colonel (Promotable) Todd Villines, MD, FACC, a member of the ACC’s Federal Cardiology Section, shares his deployment experience and sheds light on what it is like to “Go Army.” 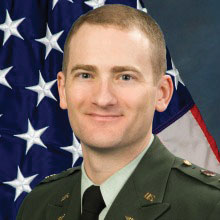 “One of the unique features of being an active duty physician in the military health care system is the understanding that at any time you could be called to deploy around the world and expected to successfully provide medical care in austere environments,” says Villines. “I have been deployed twice in my career, once during the war in Iraq and once to Afghanistan. During both deployments, I served as the theater cardiologist, responsible for the delivery of cardiovascular care and the point-of-contact for all cardiology consultations.”

Deployed during the “surge” periods in both conflicts, Villines was impressed with the similarities between the hospitals at home and the facilities abroad. “The military had forward deployed some of the most advanced care in the world to its field hospitals with regards to battlefield medicine. For example, the intensive care unit (ICU) where I worked had a wide array of trauma surgeons and surgical specialists, a full blood bank, comprehensive pharmacologic therapies, modern computed tomography and fluoroscopy and invasive and non-invasive hemodynamic monitoring.”

“In Iraq, I was primarily responsible for running the ICU, where I took care of medical and traumatic casualties using a team-based approach.”

“As such, I was directly involved in a broad spectrum of acutely ill patients, many with traumatic injuries, burns and other conditions not typically encountered in the daily practice of cardiology in the U.S.,” says Villines. He speaks highly of the emphasis of a team-based approach, which allowed for the best possible outcomes. 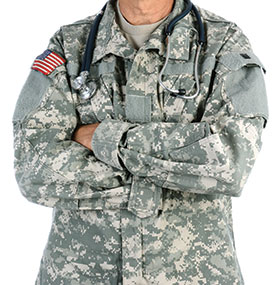 “As one of the only cardiologists in Iraq and Afghanistan with echocardiography, stress testing and ambulatory electrocardiographic capabilities, I was referred patients from throughout the country who needed cardiovascular care and I provided daily phone/email consultation to forward-deployed providers throughout the area of operations. I was impressed at the volume of patients requiring cardiovascular evaluations and the effectiveness of forward-deployed cardiac testing equipment in assisting in medical decision making on the battlefield. For example, deciding whether it is safe for a soldier to remain in the combat environment and to return to their unit or to evacuate them to a higher level of care was a critical role of the deployed cardiologist.”

Villines’ most shocking discovery during deployment came from treating the local patient population from the conflict zones. In particular, he worked as a cardiovascular consultant to a Korean Humanitarian Hospital in Afghanistan where he saw patients from across the country with conditions that have essentially gone extinct in the U.S.

“I was shocked by the absolute extent of rheumatic heart disease and uncorrected simple congenital heart disease,” Villines remembers. “The civilian burden of these simple diseases was eye opening. I saw numerous people in their early 20s who had been born with a congenital heart defect and many of whom now had end-stage heart disease with no real options for corrective therapy due to lack of access and capabilities within the country. My heart just broke for the young patients who could have had a simple procedure done when they were younger and gone on to live a normal life.”

Reflecting upon his deployments and the possibility of being called to serve again, Villines remarks, “I am honored to have the opportunity to participate in the care of our active-duty service members, their families and our retired veterans, all who sacrificed and often put themselves in harm’s way to preserve our freedoms.”

“In the current world environment, deployment is always a strong possibility. What is apparent from the past 12 years of conflict is that forward-deployed cardiologists are vital to providing the highest level of care to our deployed service members. It is an honor and great responsibility.”

YOU ARE HERE: Home > Latest in Cardiology > Going Army: The Life of a Deployed Cardiologist