Mentoring: An Investment in the Future 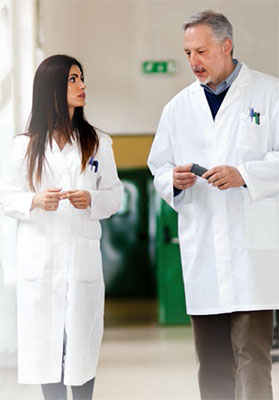 Investing in the professional success of others is paramount to ensuring continued progress in a field. A recent CardioSurve survey of 153 cardiologists reveals that nearly three out of four cardiologists had at least one career mentor during their subspecialty training. In addition, the majority of cardiologists (80%) believe that having a supportive role model or mentor in their field and receiving positive encouragement to pursue their field of choice was an integral factor in the success of their professional development.

The benefits of mentoring also extend beyond those boundaries that are strictly professional. Roughly 70% of respondents express the importance of seeing role models in their field of choice successfully balance their professional and personal responsibilities. Interestingly,Early Career and Mid- to Late-Career cardiologists share similar views regarding the positive impact of having a mentor/mentee relationship.

While four out of five cardiologists testify to the importance of having a mentor for professional development, only 36% state that they are currently serving as a mentor. Of the cardiologists actively serving as a mentor, nearly nine out of 10 (89%) say they serve as a role model for their mentee’s career activities; however, others indicate that they serve their mentees in other ways as well, such as assisting with career planning and decision making (80%), assisting with connections for job placement (64%), inviting him/her to participate in research (51%) and serving as a role model for non-career issues (49%). their skillset and promote intellectual growth.

Additionally, mentoring is viewed as beneficial for the mentor as well as for the mentee. Of the cardiologists surveyed, 97% report having a positive experience serving as a mentor. To quote one cardiologist, “(Mentoring) provides a great sense of accomplishment, responsibility, and the sense of giving back and assuring the future of the field to which I have dedicated myself.”

Although they consider mentoring of less importance than the loftier educational, scientific and advocacy goals of the ACC, more than half of cardiologists (56%) believe that ACC should proactively work toward providing mentors for cardiologists in training. For more information on how to become involved as a mentor or a mentee through the ACC, visit ACC.org/Mentoring. The ACC Mentoring Program, a benefit of ACC membership, connects cardiovascular practitioners, researchers and faculty members, empowering Early Career cardiologists to enhance their skillset and promote intellectual growth.

YOU ARE HERE: Home > Latest in Cardiology > Mentoring: An Investment in the Future