Each year, approximately 200,000 pacemakers are implanted in the United States in bradycardic patients, who derive a clear benefit from pacing therapy. Traditional cardiac pacemaker systems generally include a subcutaneous pulse generator placed in the chest wall and transvenous pacing leads affixed to myocardial tissue. The leads are considered the weakest link of pacing systems. The majority of early complications are related to lead placement and include pneumothorax, difficulty obtaining upper extremity venous access, hematoma formation, cardiac perforation, and lead dislodgement. Long-term complications that also contribute significantly to patient morbidity include fracture due to mechanical lead stress, venous thrombosis, and infection of the pocket and bloodstream. Miniature leadless pacemakers have the potential to minimize many of the complications associated with transvenous pacing systems. While proposed as far back as 1970 by Spickler and colleagues (Spickler, Journal of Electrocardiology 1970), early models did not evolve into clinical practice. However, completely implantable leadless pacemakers have recently become available for clinical use.

There are two systems currently available that can be completely implanted into the right ventricle: 1) the Nanostim™ Leadless Pacemaker System (LPS, St. Jude Medical, Sylmar, CA, USA, 2012); and 2) the Micra™ Transcatheter Pacing System (TPS, Medtronic, Minneapolis, MN, USA, 2013). The devices are dime-sized and free-standing (Figure 1). Delivered via femoral venous access using a steerable delivery sheath, the pacemaker is affixed to the right ventricular myocardium and released. After the delivery system is removed, the device remains imbedded in the right ventricle (Figure 2).

The fixation systems differ slightly between the two devices. Nanostim LCP contains a screw-in helix that penetrates about 1 mm into the myocardium, with nylon tines that provide a secondary fixation mechanism. The steroid eluting distal electrode (cathode) is located at the center of the helix, while the ring electrode (anode) is located in the titanium case. The Micra TPS fixation system comprises four self-expanding nitinol tines, which anchor into the myocardium. The distal cathode, also steroid eluting, delivers pacing current, while the anode is located in a titanium nitride band on the casing.

Each is powered by an integrated battery with an estimated longevity of 10 years (comparable to transvenous systems) and is capable of VVI and VVIR pacing. The mechanism of rate response is an accelerometer that filters cardiac motion with a band pass filter.

Initial experience shows that the device can be implanted safely with stable pacing parameters over the short term. In the LEADLESS trial, 33 patients had a single-chamber leadless cardiac pacer attempted; 97% had a successful implant. One patient developed RV perforation and another cardiac tamponade during the implant. The overall complication free rate was 94%.6 Pacing performance was stable in all implanted patients at three months and one year (figure 3). No pacemaker related adverse events were reported between 3 and 12 months of follow-up, at which time 61% of patients had rate response sensor activated with an adequate heart rate response.7

In the Safety and Effectiveness Trial for the Nanostim Leadless Pacemaker (LEADLESS II) trial, a leadless pacer was implanted successfully in 504 of 523 patients. At six months, 90% of patients met the primary efficacy endpoint of acceptable pacing threshold (≤2 V at 0.4 ms) and sensing amplitude (≥5mV or value greater than or equal to evaluate implantation). 93% of the patients met the primary safety endpoint of freedom from device-related serious adverse events. Device related serious events were seen in 6.7% of patients, including device dislodgment with percutaneous retrieval, cardiac perforation and pacing threshold elevation requiring retrieval and device replacement.5

Early results of a prospective multicenter trial were recently reported. The device was successfully implanted in all 140 patients, with an 18.6% early complication rate (including transient AV block, ventricular tachycardia/fibrillation and pericardial effusion without tamponade.) Efficacy was acceptable at three months, with stable R-wave sensing amplitude, pacing impedance and capture threshold.8

The WiCS system was investigated in the WISE-CRT study, which demonstrated improved LV function at six months in patients who could be implanted. However since only about three quarters could be successfully implanted, the study was terminated prematurely. The Safety and Performance of Electrodes Implanted in the Left Ventricle (SELECT-LV) study was designed to overcome some of these issues, and is enrolling patients.

While acute and subacute retrieval has been described (after inadvertent placement of a device in the LV via a patent foramen ovale, and after a recently implanted patient developed an ICD indication), no patient data exists today on removal of chronic systems. Whether addition of a new system is preferable to retrieval and re-implantation remains to be seen.

Future avenues of development include management at the time of battery depletion as well as communication with other CIEDs. Another exciting area involves transforming kinetic energy from cardiac motion to fuel pacemaker function to obviate the issue of battery depletion and device replacement. Long-term data on device performance is also needed. At this writing, an FDA panel is scheduled where multiple manufacturers are invited to present their data – a possible step toward more universal technology approval. 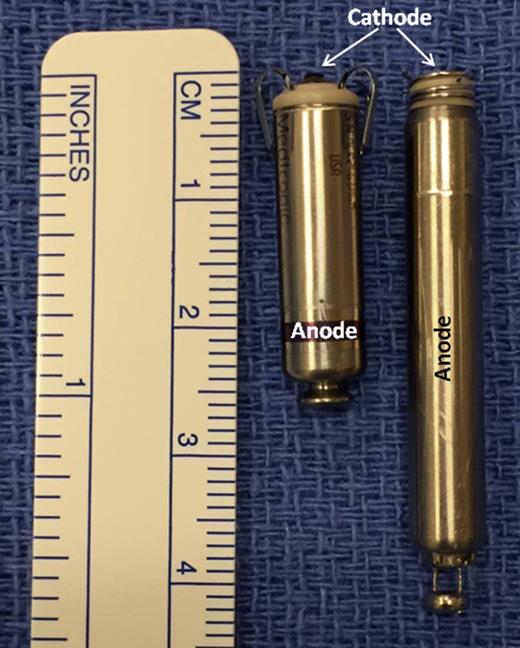 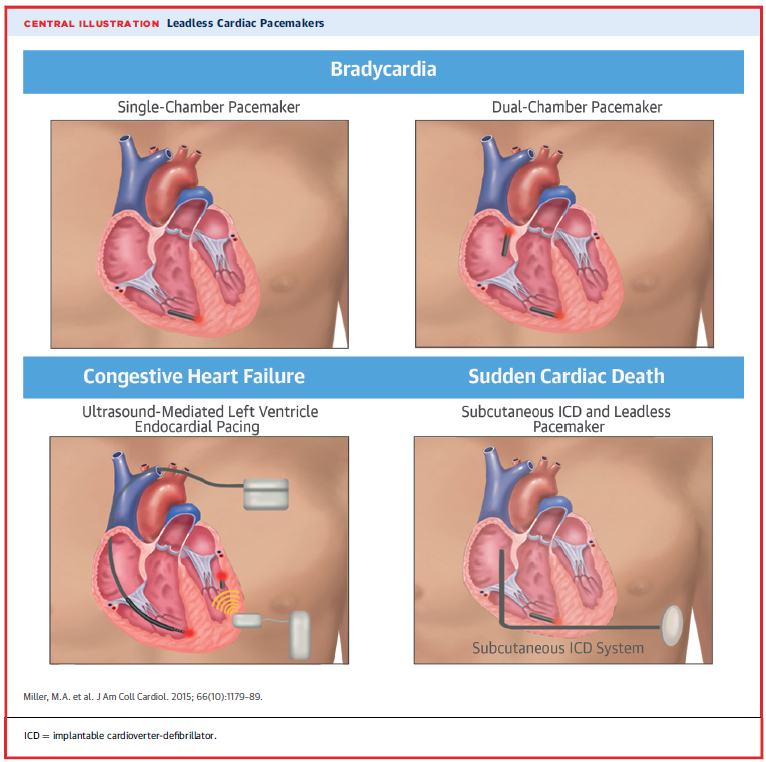 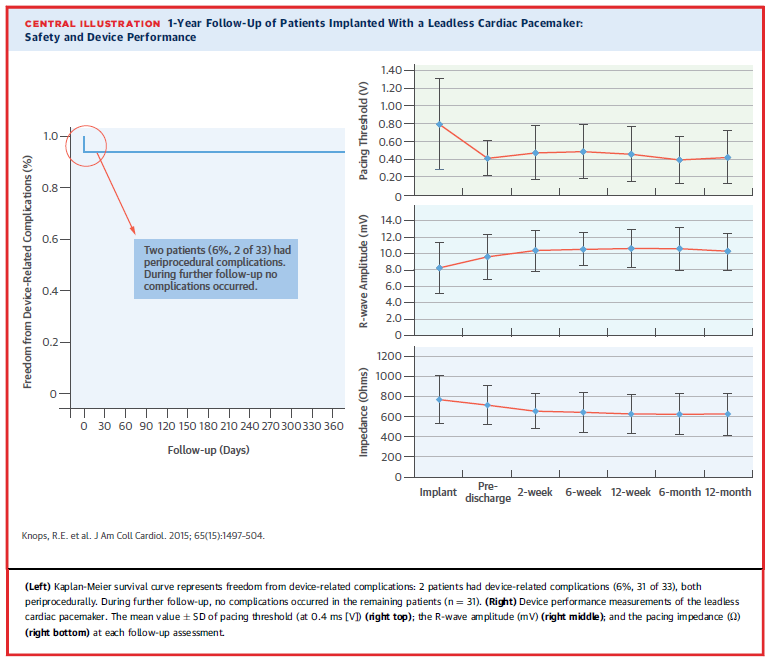