Approximately 20 years ago, several RCTs compared medical therapy with CEA for both symptomatic and asymptomatic patients. CEA was superior to medical therapy (primarily aspirin) for stroke prevention. As less-invasive revascularization techniques with stents evolved and became more successful, pivotal trials were performed to obtain FDA approval, and head-to-head comparisons with CEA were performed.

CAS is the preferred treatment for patients at increased risk for CEA (high-surgical-risk patients). The SAPPHIRE (Stenting and Angioplasty With Protection In Patients at High Risk for Endarterectomy) trial found no difference in 1-year stroke, death, and myocardial infarction (MI) in symptomatic patients, but CAS had a better outcome in asymptomatic patients (9.9% vs. 21.5%; p = 0.02) compared with CEA.2 At 1 year, significantly more CEA patients required repeat revascularization (4.3% vs. 0.6%, p = 0.04) than CAS patients. At 3 years, there was no difference for major adverse cardiac events, death, or stroke.3

For average-surgical-risk patients, CREST (Carotid Revascularization Endarterectomy Versus Stenting Trial) randomized 2,502 symptomatic and asymptomatic patients and found no difference between CAS and CEA for the combined endpoint of stroke, death, and MI or the rate of post-procedural ipsilateral stroke after 10 years of follow-up.4,5 In the CEA group, there was an excess of perioperative heart attacks, which was associated with a 3.5-fold increased risk of death (hazard ratio [HR] 0.50 [0.26-0.94]; p = 0.03) at 4 years.6

The clinical equipoise for CAS and CEA demonstrated in CREST was recently confirmed by ICSS (International Carotid Stenting Study), a large multicenter, international RCT involving 1,710 patients with symptomatic carotid artery stenosis.7 The primary endpoint, the cumulative 5-year risk of fatal or disabling strokes, did not differ between CAS and CEA (6.4% vs. 6.5%; HR 1.06 [0.72-1.57], p = 0.77).

For asymptomatic patients undergoing revascularization to prevent stroke, ACT-1 (Asymptomatic Carotid Trial) demonstrated clinical equipoise for CAS and CEA. In 1,453 asymptomatic patients, the primary composite endpoint of death, stroke, or MI within 30 days of the procedure or ipsilateral stroke within 1 year was not inferior for CAS (3.8%) compared with CEA (3.4%; p = 0.01 for noninferiority). After 5 years of follow-up, the stroke-free survival was not different at 93.1% for CAS and 94.7% for CEA (p = 0.44).8

The 2011 American College of Cardiology and American Heart Association (AHA) guideline on the management of patients with extracranial carotid and vertebral artery disease was broadly endorsed by 14 professional societies, including the Society of Vascular Surgery, the American College of Radiology, and the Society of Vascular Medicine.9 CAS was recommended as an alternative to CEA in average-surgical-risk symptomatic patients when the anticipated risk of periprocedural stroke or mortality is <6% (Class I, Level of Evidence [LOE] B). They also preferred CAS to CEA when carotid lesions were anatomically unfavorable (i.e., in cases of restenosis, high cervical or intrathoracic lesions, or following radiation therapy) (Class IIa, LOE B). Finally, they recommended that CAS may be considered in highly selected asymptomatic patients with ≥60% angiographic stenosis (Class IIb, LOE B).

The AHA and the American Stroke Association published guidelines in 2011 for the prevention of stroke that concluded that there was equipoise for CAS and CEA.10 Specifically, CAS was given a Class I recommendation as an alternative to CEA in symptomatic patients at average risk for surgery with a significant stenosis. CAS was also preferred over CEA in patients at increased risk of surgery (Class IIb, LOE B).

The FDA has cleared or approved more than seven CAS systems for clinical use as "safe and effective" alternatives to CEA.11 This has been the result of clinical trials involving more than 8,000 patients. CAS is one of the most studied medical procedures of all time. As is the case with other surgical procedures, the less-invasive stent procedure will largely replace the morbid surgical procedure with its attendant wound infections, hematomas, and cranial nerve palsies in 5% of patients.4,7

The National Heart, Lung, and Blood Institute acknowledges the clinical equipoise between CAS and CEA in the design of CREST-2 (Carotid Revascularization and Medical Management for Asymptomatic Carotid Stenosis Trial), which assigns either revascularization technique equally. Unfortunately, the Centers for Medicare and Medicaid Services (CMS) rations CAS for elderly patients by only reimbursing a narrowly defined subset of symptomatic patients at increased risk of surgical complications. In stark contrast, the CMS indiscriminately reimburses for CEA, without any clinical criteria or administrative restrictions. The CMS bases this disparate policy on an opaque doctrine of "reasonable and necessary," which unfortunately is not consistent with the FDA's "safe and effective" standard for device approval.

We know that some patients will have better outcomes with CEA (i.e., those with a tortuous aortic arch), that some patients will do much better with CAS (i.e., high-surgical-risk patients), but that most patients can be treated with either procedure. To allow patients who are most likely to benefit from revascularization to take advantage of tailored therapy, the CMS must acknowledge the equipoise between CAS and CEA and allow patients and their physicians the freedom to choose. 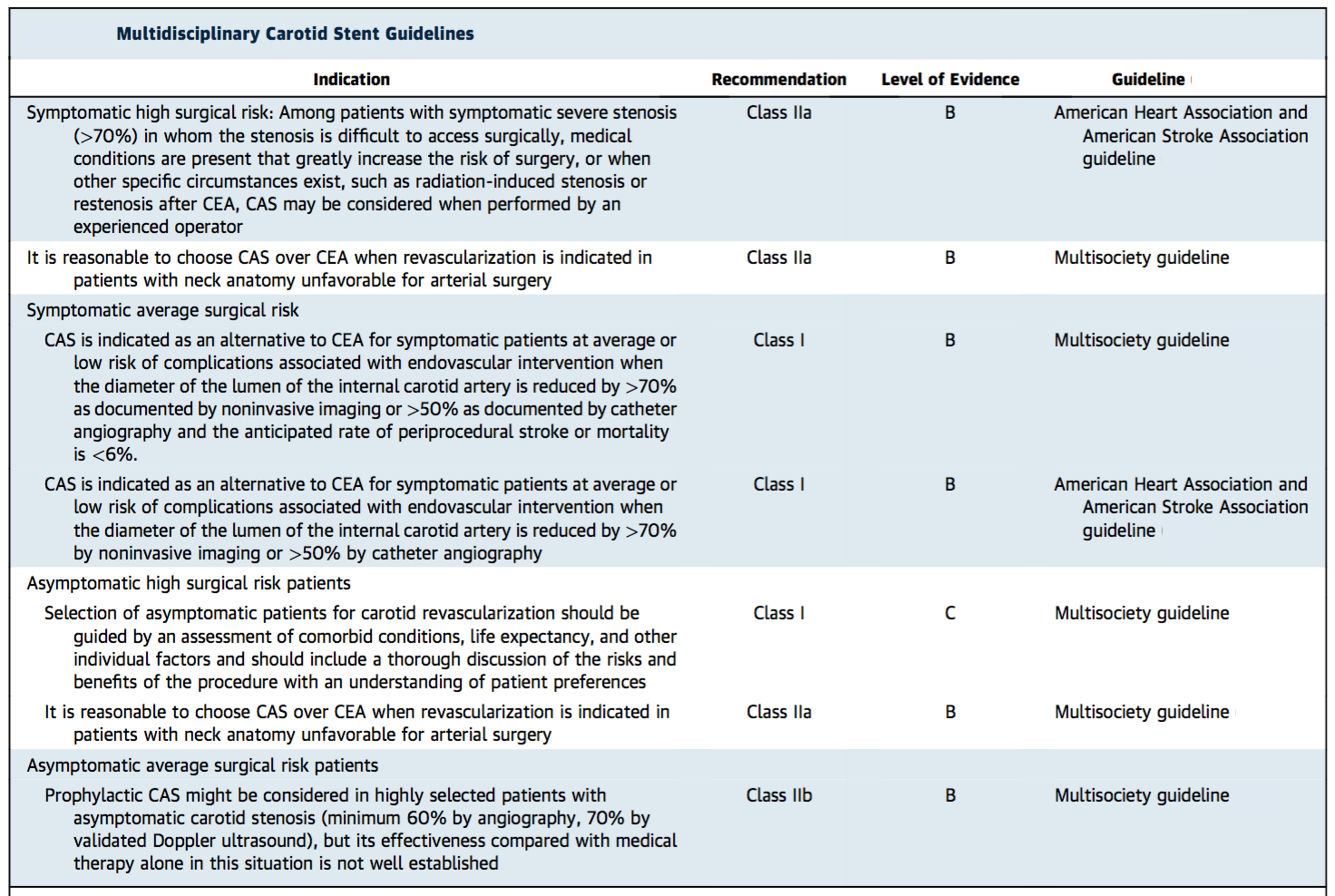 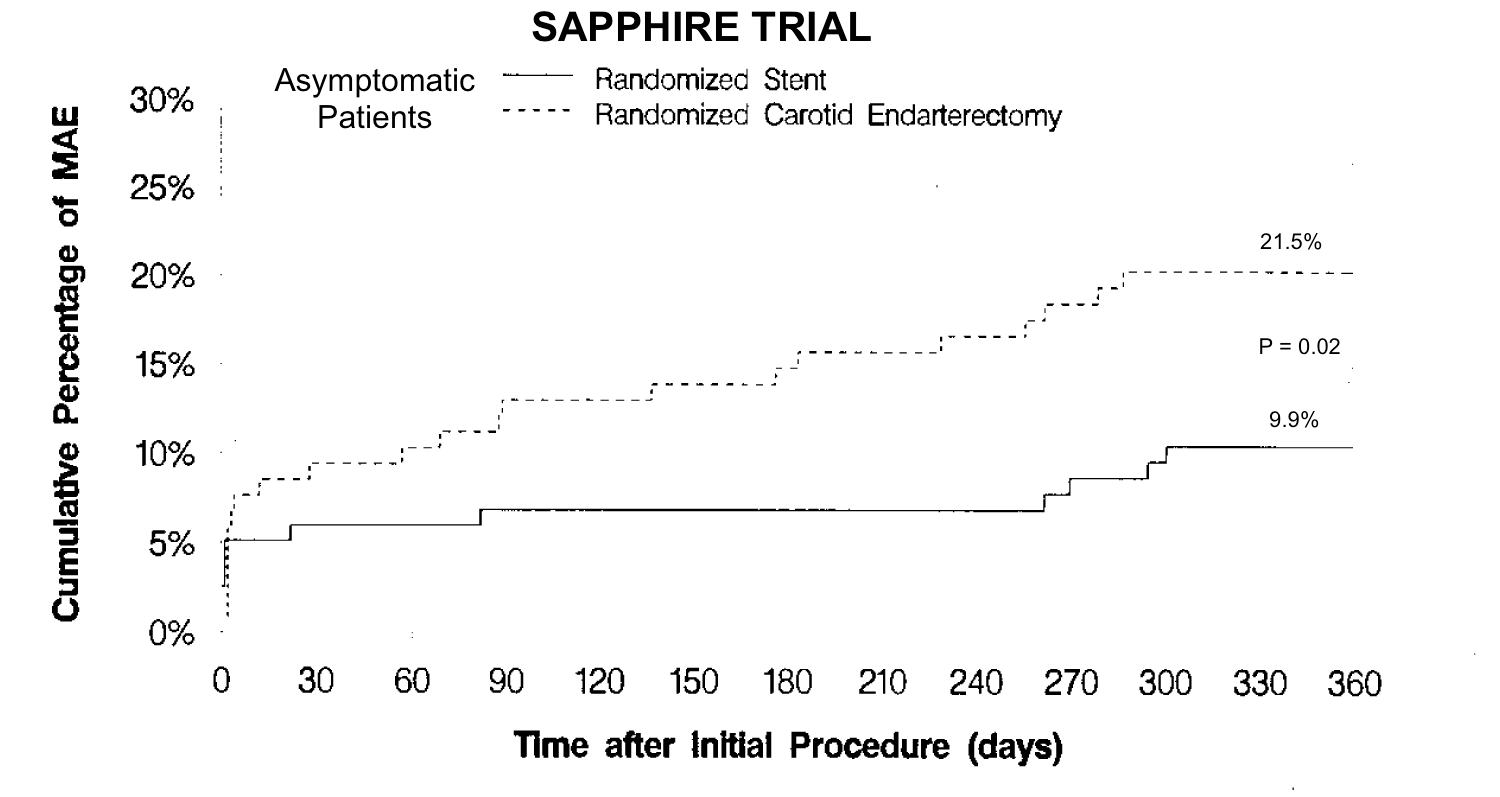 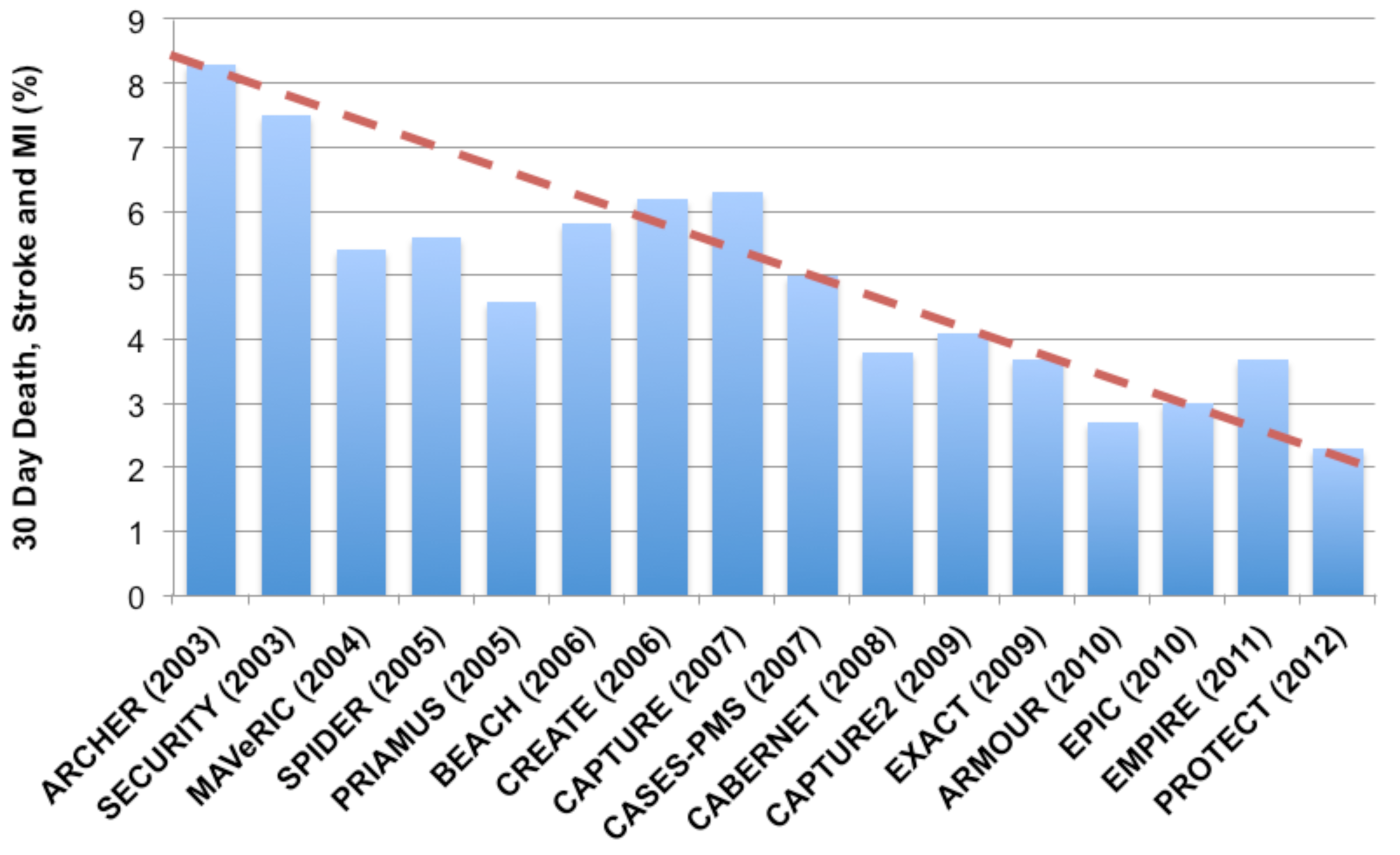 YOU ARE HERE: Home > Latest in Cardiology > Carotid Stenting vs. Endarterectomy