Clinical Spotlight: Back Pain — The Scourge of the CV Profession

Recent developments within the ACC Board of Governors have shed some light on a common situation in cardiology. Spine problems are the scourge of our profession. In my practice alone at least 25% of the cardiologists have had back or neck problems. There have been studies done in the last 10 to 20 years that have outlined this problem; some of these studies show that up to 50% of interventional cardiologists suffer from spine problems. I have had three back surgeries myself and had to give up doing interventional cardiology several years ago. How many cardiologists are standing in the back of the room during meetings with their leg up against the wall, constantly trying to reposition to prevent sciatic pain, numbness in their legs or arms? How many are running in and out of conference rooms because they can’t sit for extended lengths of time? I know I was one of those individuals for several years. 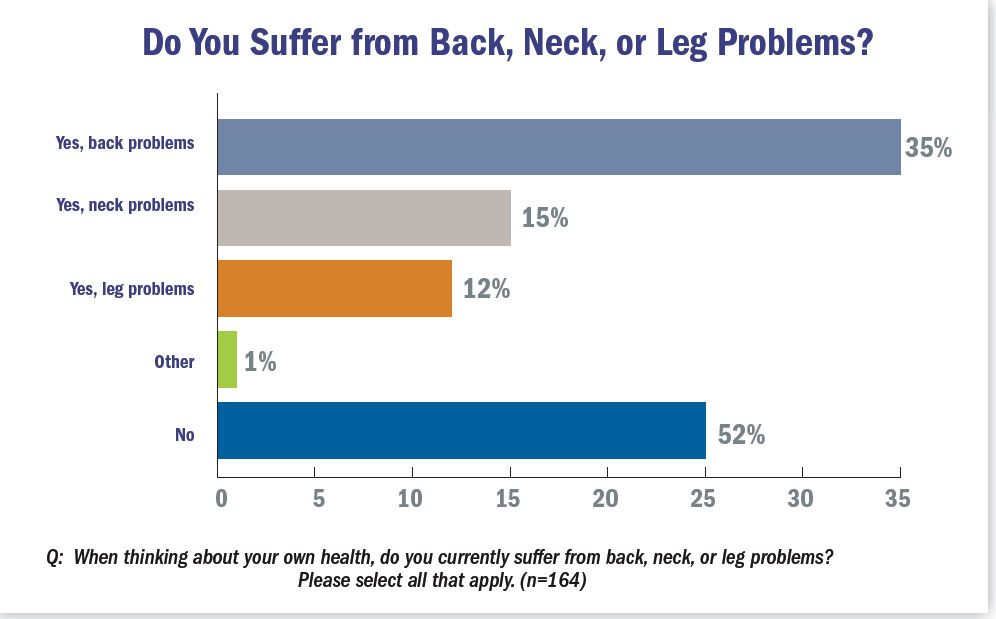 To better quantify this trend among the profession, a recent CardioSurve survey revealed that nearly half of cardiologists (48%) indicate that they are plagued by back, neck or leg problems. Of these cardiologists, 7 out of 10 (70%) believe their own health issues are caused by or negatively impacted by their work. As a fellow cardiologist warns, "We worry now about our health. There are less of us to go around.”

According to the survey, back problems are most prevalent among all cardiologists at 35%, followed by neck problems (15%) and leg problems (12%). Of note, early career cardiologists indicate suffering from back problems (30%) at nearly the same level as their more tenured colleagues (35%). However, fewer early career clinicians report neck and leg problems than those with a decade or more in the field. Fortunately for the majority of clinicians who report back, neck or leg issues, (85%), their physical ailments have not required a surgical procedure. 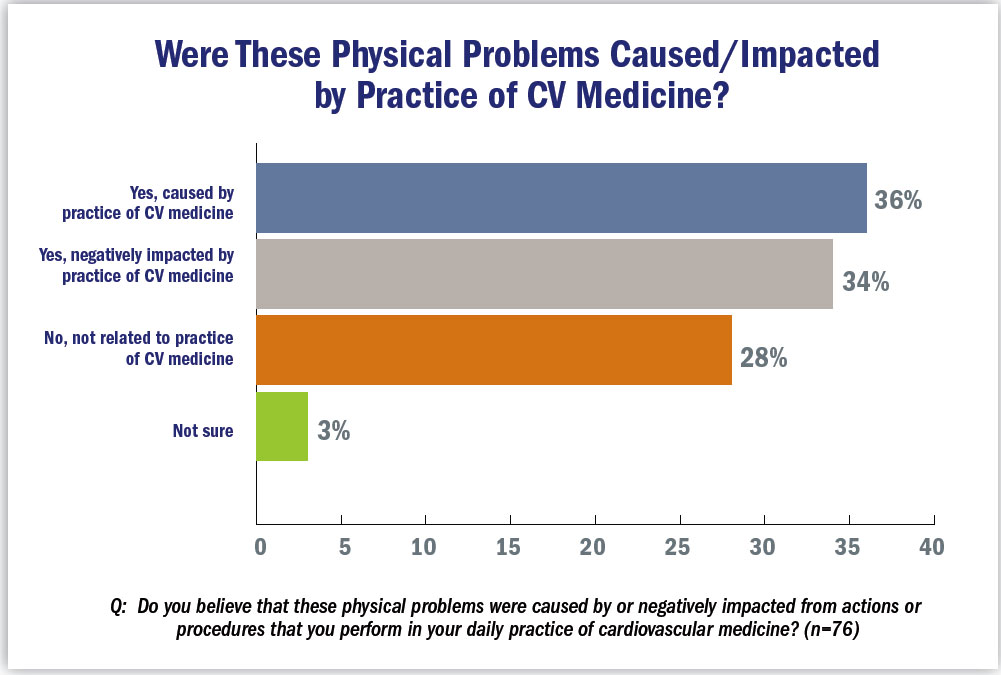 Given the future expectations of workforce shortages in cardiology, what impact are these physical problems having on the desire of cardiologists to continue serving in their current roles? Surprisingly, half of all cardiologists (50%) who suffer back, neck or leg problems have considered a reduction in services, and more than one-third (35%) have contemplated an early retirement. The length of time in practice definitely impacts the perspective of cardiologists as they consider their workload levels and their current practice of medicine. Mid- to late-career cardiologists are much more likely to contemplate a reduction in services (60%) or even early retirement (49%) as compared to their younger colleagues. As one cardiologist states, "Cervical neck problems from wearing a lead apron has caused problems (and retirement) of many of the early operators due to very long procedures back in the 1980s and 1990s." 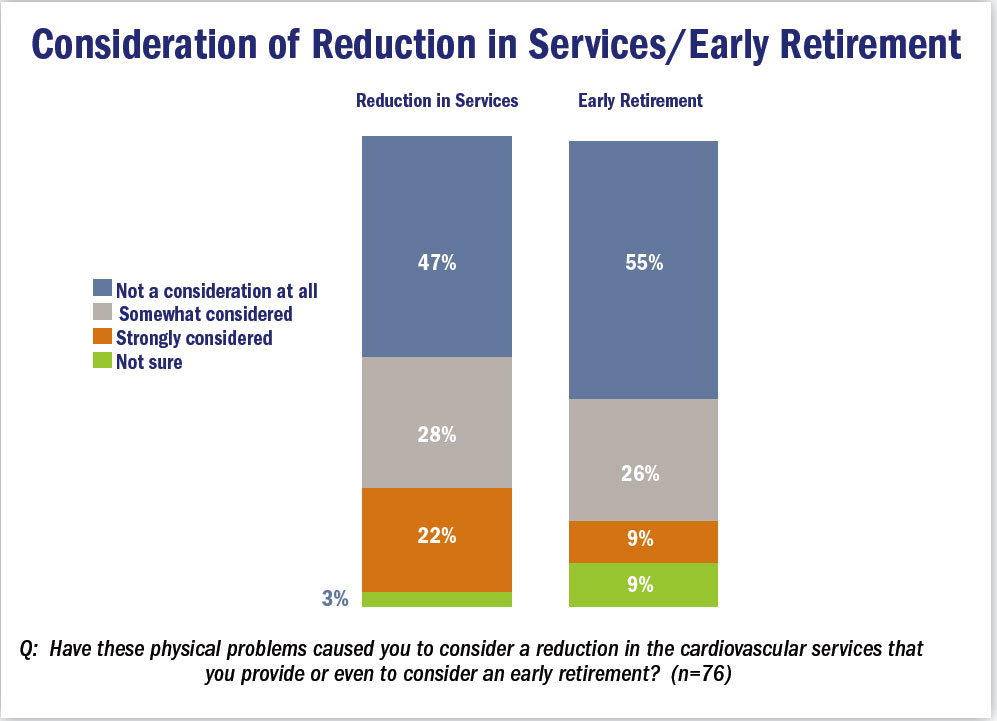 For those who are not currently experiencing back, neck or leg problems, almost two out of three (64%) are not overly concerned about the possibility of future health problems preventing them from practicing cardiovascular medicine. As one late career cardiologist expresses, "I’m lucky. I have been in the cath lab for almost 40 years without orthopedic issues. Now using Zero Gravity and wish I had it 40 years ago.”

While patient needs have been and will continue to be of the highest importance to cardiovascular professionals, clinician health, comfort and safety must be strongly considered, especially given the expected future shortage of cardiovascular professionals. We tend to be a macho profession and we always soldier on despite these types of problems. If any other profession had this degree of disability, I think measures would have been taken, and if this was a union-based profession there is no question this would have been handled differently over the years. I think we owe it to our Fellows in Training and early career professionals to deal with this issue.

YOU ARE HERE: Home > Latest in Cardiology > Clinical Spotlight: Back Pain — The Scourge of the CV Profession