By John Gordon Harold, MD, MACC, past president of the ACC and chair of the ACC History Work Group.

"Science knows no country, because knowledge belongs to humanity, and is the torch that illuminates the world." – Louis Pasteur 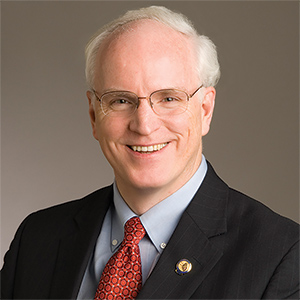 The ACC continues to have a major presence at the European Society of Cardiology (ESC) Congress, which begins Aug. 27 in Rome, Italy. Not only will the ESC Congress see a large ACC delegation in attendance, but the College will participate in over 50 international meetings this year, involving several hundred international faculty members. The College's international outreach is growing and the ACC continues to innovate and evolve to meet the needs of patients worldwide and improve cardiovascular health. While we are seeing tremendous global progress now, the timeline of ACC international activities extends over the past 50 years.

Beginning in the 1960s, ACC Past President Eliot Corday, MD, MACC, pioneered ACC international activities. He initiated and later became chair of ACC's International Circuit Course Committee, which brought preeminent U.S.-based cardiologists to less developed countries throughout the world. Over the next 20 years, more than 70 groups of American cardiologists traveled to underdeveloped countries where they gave instruction in cardiovascular diagnosis and treatment. Corday sought and received federal funding for the first international circuit course to Taiwan and the Philippines. The U.S. Department of State saw immense value to these so-called "medical Peace Corps" and began underwriting some of the expenses of these educational endeavors. The success of these programs led President Ronald Reagan to appoint Corday as head of the U.S. Information Agency's Medical Science Advisory Committee.

It was my great honor to have facilitated the creation of the first "twinning" program in the ACC between the California Chapter of the American College of Cardiology (CAACC) and the British Cardiovascular Society (BCS). Despite being more than 5,000 miles apart, the program has provided many opportunities for the two organizations to collaborate on educational programs and resources and participate in institutional visits, lecture tours, and mini-preceptorships. The ACC Florida and Pennsylvania Chapters have developed domestic-international twinning programs: Florida with Spain (Sociedad Española CardiologÍa), and Pennsylvania with Italy. The Twinning programs have now evolved in the Chapter Exchange Program that will allow ACC chapters to further collaborate on opportunities to improve heart health and cardiovascular care around the world.

Douglas Zipes, MD, MACC, past president of the ACC, had the vision of a program that would bring together medical experts from all nations of the Middle East and North Africa in the spirit of collaboration to explore advances made in the diagnosis, treatment and management of cardiovascular disease in the region. This vision was realized when he organized the first ACC Cardiovascular Conference on the Middle East. The Middle East symposium continues to be a highlight of international programming at the ACC's Annual Scientific Session. In 2009, Zipes received the Presidential Citation from the ACC for starting the Middle Eastern Cardiovascular Symposia.

The ACC has continued to promote international participation in practice standards and quality efforts. Ongoing international adoption of the College's clinical data registries is allowing local physicians and care team members access to crucial information about the care they are providing in their specific facility and benchmark to other facilities. Over 20 hospitals from across the Middle East, Asia Pacific, and Latin America are pioneering registry partners, with more expected to join in every month. Quality programs like the ACC's Door-to-Balloon Alliance and CardioSmart are also facilitating worldwide improvement in guideline-recommended cardiovascular care and patient education.

By far the biggest area for activity for ACC is now the educational programs that are being conducted outside of the U.S. In 2015, dozens of programs were run by the ACC in partnership with international chapters in countries outside of the U.S. and reached over 30,000 cardiologists where they live and practice. In building on this immense scope of activity, the ACC is conducting its first ever regional cardiovascular programs in 2016. The ACC Latin America Conference and ACC Middle East Conference will both take place in October 2016 in Mexico and Jeddah, respectively. These events will be the most innovative and locally relevant programs that ACC has conducted to date.

The ACC is a strong supporter of the World Heart Federation (WHF) and other international societies. I was honored to have been chosen as the chair of the WHF Partners Council for 2016 on behalf of the ACC. The Council is comprised of the leading member organizations that support the activities of WHF and are charged with identifying strategies for WHF member organizations to leverage WHF advocacy tools in their global activities. These appointments offer important opportunities for the College to continue to play an active role in global health activities. The Council seeks alignment from all members and partners around the organization's commitment to driving a 25 percent reduction in premature cardiovascular disease mortality by 2025 (25×25) and will build on the leadership to date in co-founding the cooperative NCD Alliance. This goal aligns with the World Health Organization's (WHO) target to reduce premature deaths from non-communicable diseases (NCDs) by 25 percent by 2025. The ACC is in the process of developing toolkit for both domestic and international chapters to work toward the 25x25 goal in their states and regions.

The ACC has actively advised the United Nations (UN) on its efforts to combat the NCD epidemic since the 2011 Political Declaration of the UN High-Level Meeting on NCDs. As a member of the NCD Alliance, the ACC is working to support this global target, as well as corresponding NCD targets focused on high blood pressure, smoking cessation, diabetes, obesity, and reliable access to medicines. These goals are embedded in the WHO's global action plan against NCDs. International Affairs Director Neal Kovach was recently elected to the NCD Alliance Steering Group which provides management, strategic leadership, and financial oversight to the NCD Alliance. The ACC supports the global agenda to end poverty by 2030 and pursue a sustainable future that was adopted by the 193 member states of the UN at the start of 2015 Summit in New York City on Sustainable Development. The Sustainable Development Goals were approved unanimously and made the prevention and treatment of NCDs — including cardiovascular disease — a top sustainable development priority.

Thomas Friedman writes in The World Is Flat: A Brief History of the Twenty-First Century that the "flattening" of the world happened at the dawn of the twenty-first century. He highlighted what this flattening means to countries, companies, communities, and individuals, and he illustrated how governments and societies can, and must, adapt. ACC's international outreach has illustrated how increased collaboration may allow us to learn from each other and collectively benefit patients around the globe. These efforts provide a unique international prism as we pursue efforts in health care reform and deal with the challenge of NCDs. The College has been recognized for its partnership in helping to catalyze efforts in global health by leveraging its global membership to drive efforts on the ground and close the gaps in health care across populations.

On Sept. 29 we will celebrate World Heart Day, a global initiative to better educate citizens about the prevalence of cardiovascular disease. Our international outreach reminds us that the ACC truly is a global College of Cardiology that possesses immense potential to make a difference in cardiovascular health worldwide. 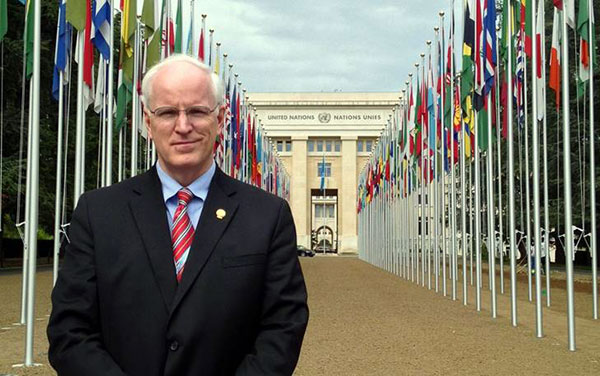 John Gordon Harold, MD, MACC, past president of the ACC and chair of the ACC History Work Group, in front of the Palais des Nations (The Palace of Nations) in Geneva, Switzerland during the World Health Assembly Meeting.

YOU ARE HERE: Home > Latest in Cardiology > Historical Perspective: The Evolution of ACC International Outreach