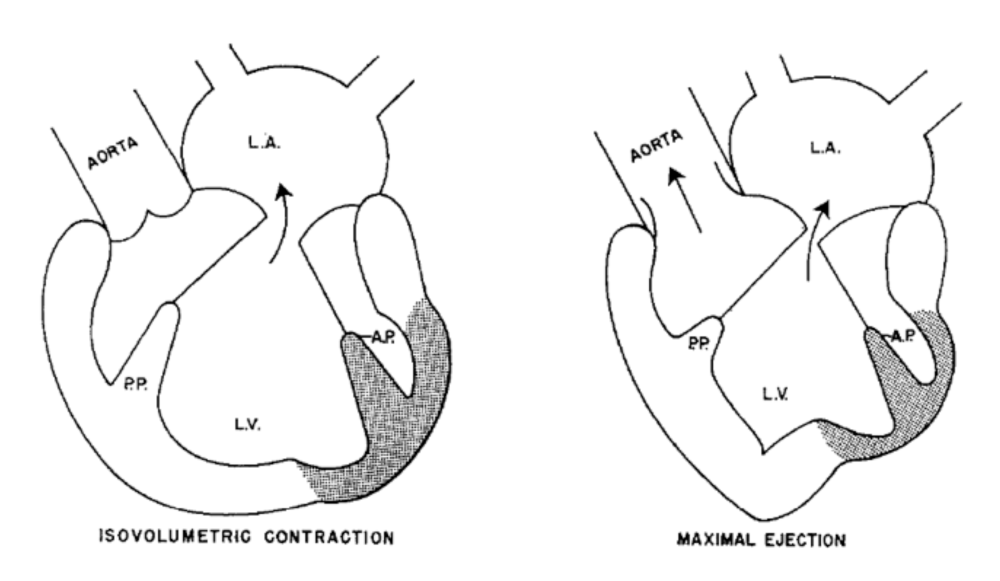 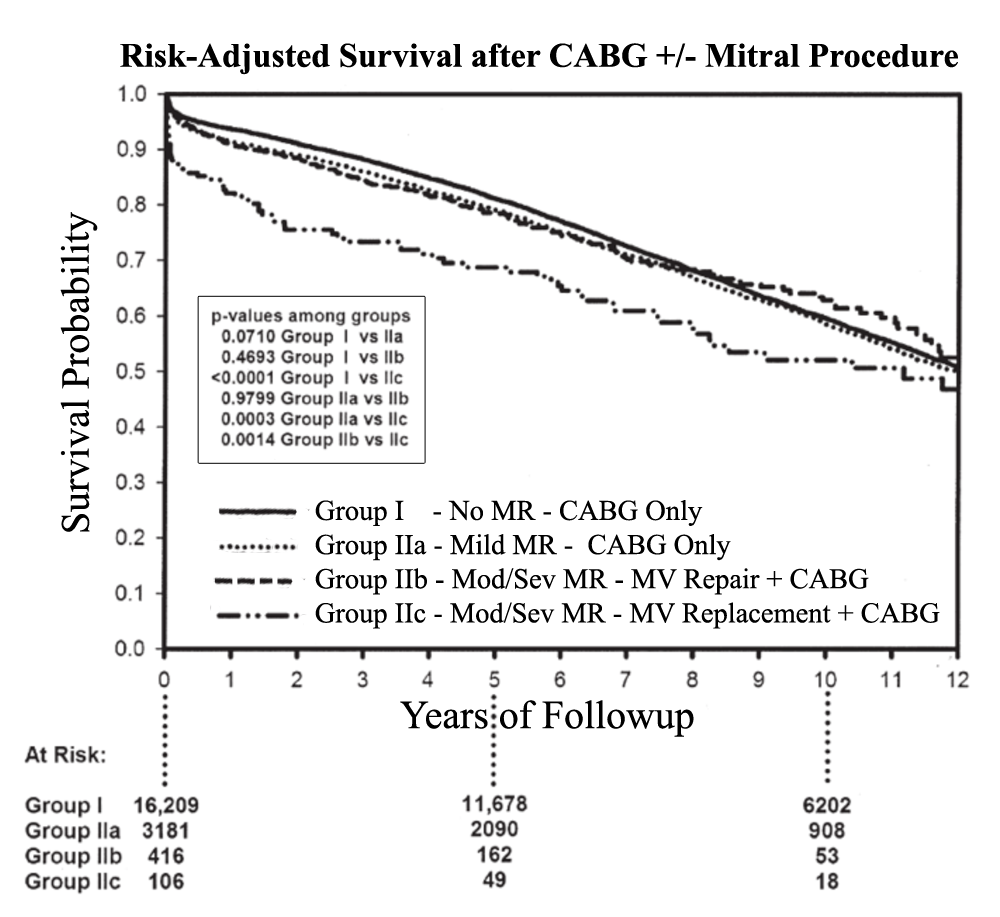 The CTSN trial5 involved 125 randomized cases of patients with ischemic MR who were undergoing mitral valve repair and 126 cases of patients with ischemic MR who were having replacement. Longitudinal outcome comparisons then were performed between the two surgical cohorts. Although this study has provided a substantial contribution to the field by making us rethink our approach to ischemic MR, questions remain. We clearly understand that in some patients, mitral replacement may be preferred based on longitudinal freedom from MR recurrence. However, in some patients, mitral repair has excellent safety and durability. So let us take a closer look at this landmark study. Less than 10% of the over 3,000 patients screened actually formed the 251 patient cohort. The study was underpowered to assess survival differences, but after stating such, the authors performed a survival analysis that showed no survival difference at 1 year.5 The authors concluded that "our findings contradict much of the published literature on this topic" and "there was no significant between-group difference in clinical outcomes." Of great concern is the 32% post-repair MR recurrence over the first postoperative year, which is clearly unacceptable. Interestingly, early cumulative mortalities in the CTSN trial are superimposable on other independent data (Figure 3), but CTSN repair deaths later increased because the repairs failed. 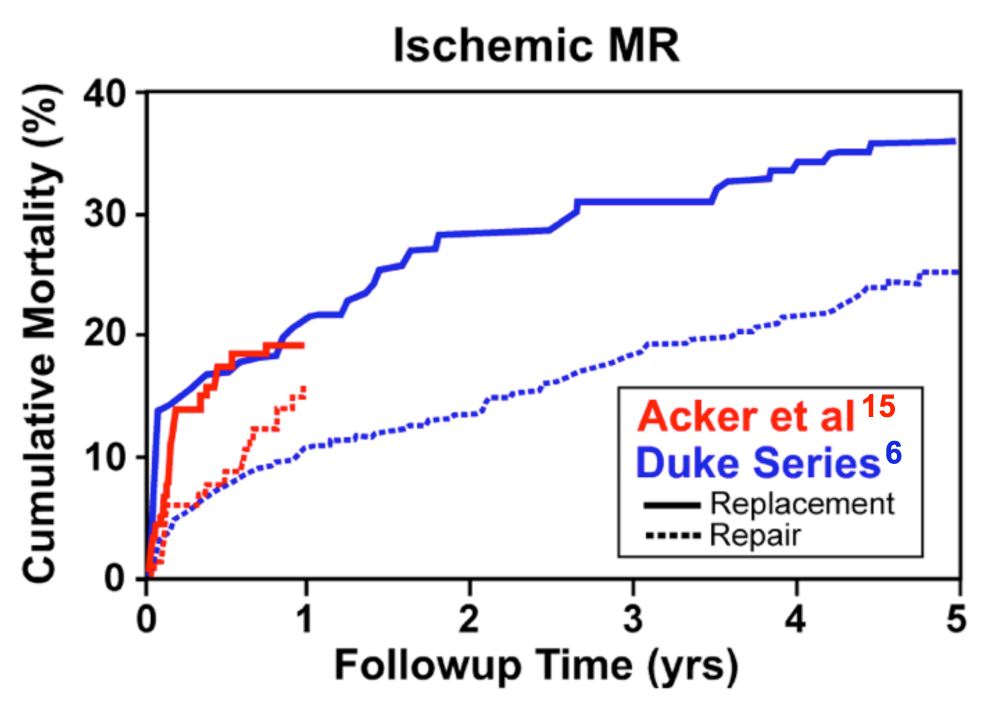 Cumulative mortality after mitral valve repair versus replacement in the Duke University series (blue) compared with similar data in the CTSN randomized trial (red).4,5 Baseline patient profiles in the two studies were very similar. Repair mortality in the Acker series began approaching that of replacement because one third of repairs began failing.

Very little information was given about repair methods utilized in the participating 22 CTSN centers. Were repair techniques among the 22 programs coordinated through education and case proctoring? Were techniques for leaflet tethering and papillary elongation applied liberally? Little can be learned from this trial if inadequate repairs were performed, but repair types were not documented. Failure to correct tethering or prolapse6 or geometrically ineffective annuloplasty could account for the differences illustrated in Figure 3. Despite the excellent contributions of the CTSN, a randomized study design cannot compensate for potential flaws in trial structure or other important methodologic challenges.

The first statistical analysis of mitral repair versus replacement for ischemic MR was published from Duke University in 1988, and the data suggested significant survival benefits with valve repair.7 As repair was adopted, overall mortality decreased,8 and a follow-up risk-adjusted observational study 20 years later4 confirmed significant survival advantages associated with repair (Figure 2) along with single-digit repair-failure rates. One strength of the 30-year Duke experience was application of consistent rigid geometric ring annuloplasty, with leaflet procedures selected as needed. Although the subject has been argued back and forth over the ensuing decades, The Society of Thoracic Surgeons database studies have shown that mitral valve repair has become a primary approach to mitral valve surgery in the United States9 and that this trend is continuing.10 Consistent with other studies, the early mortality for repair in the CTSN trial approximated 7% (versus 14% for replacement) (Figure 3). In fact, the absolute operative survival benefit of ischemic MR repair may be greater than for any other valve disease etiology, and conversion to repair over time is almost certainly a major factor associated with improving mitral procedural outcomes.9,10 Thus, a mortality cost seems to be associated with mitral valve replacement (Figures 2-3), whereas repair failure is likely a surgically controllable phenomenon.

As early as the 1990s, Duran and associates, using non-geometric downsized flexible rings, observed a 30% early repair-failure rate and attributed much of the failure to persistent leaflet tethering.11 Stanford University investigators found that selective geometric reduction in the anterior-posterior annular diameter was important,12 and they also suggested the utility of generous posterior leaflet patching for tethered leaflets using autologous pericardium.13 In fact, specific commercially produced geometric rings were developed for this purpose and proved useful for improved annular remodeling.14 Many other methods for management of leaflet tethering were devised,15-17 and techniques for ischemic MR repair continued to progress.

Most cases of ischemic MR involve posterior annular dilatation (Figures 4-5), and a simple geometric annuloplasty ring is sufficient for repair.18,19 Associated fetal commissural cusps and clefts should be closed.7 Occasionally, the posterior wall expands dramatically with the infarct, and the posterior papillary muscle tethers a leaflet, preventing coaptation. Adjunctive maneuvers such as anterior or posterior leaflet augmentation, papillary muscle sling, or papillary relocation are commonly cited.20 The technique of inserting an autologous pericardial patch into the posterior leaflet13,21 provides a large margin of safety in case ventricular geometry continues to change postoperatively.22,23 Rarely, papillary muscles can elongate or partially tear, producing leaflet prolapse and requiring Gore-Tex (W.L. Gore & Associates, Inc., Flagstaff, AZ) artificial chordal replacement (taking care to connect neo-chords to an un-infarcted papillary muscle).24 Using these techniques, mitral valve repair for ischemic MR is associated with excellent early and late results, with a recurrence/reoperation rate of less than 10% and improved outcomes.25-28 Thus, effective reconstructive techniques should be specifically tailored to the pathologic anatomy if the full benefits of ischemic MR repair are to be achieved.29 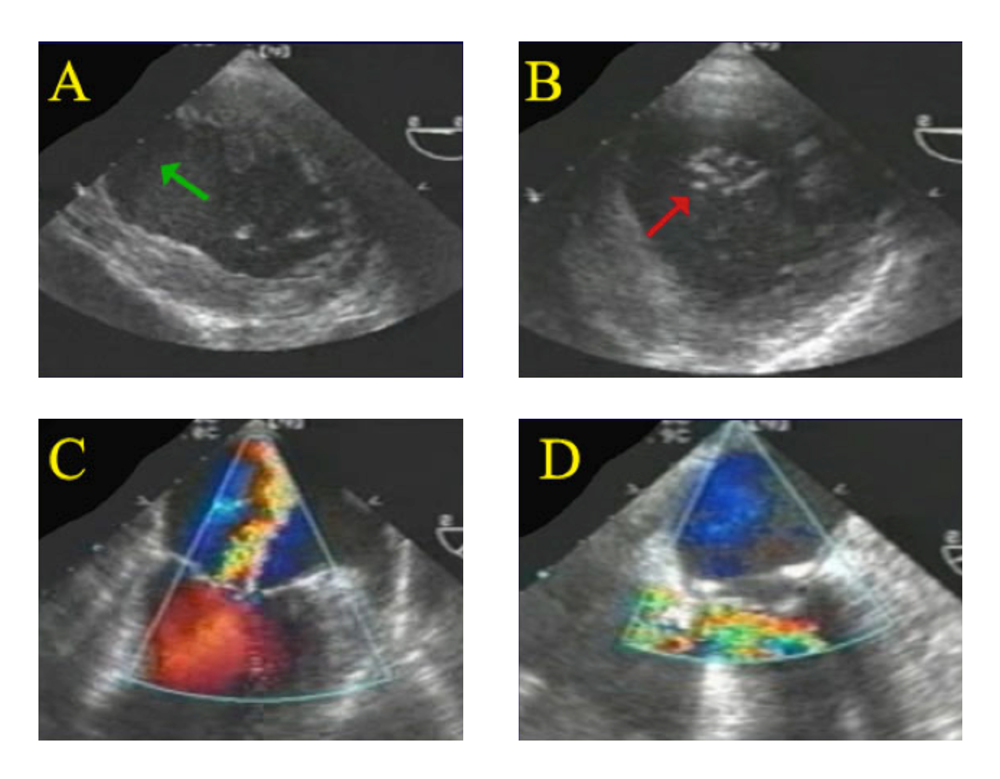 Transesophageal echocardiogram in a patient undergoing valve repair for ischemic MR. Panel A is a short axis view of the left ventricle, showing an expanded posterior-lateral wall infarct (green arrow). Panel B shows a gap in mitral coaptation at the posterior commissure during systole (red arrow), producing a central regurgitant jet (panel C), but the leaflets are at the annular plane. This is the most common echocardiographic appearance of ischemic MR. In panel D, the valve is entirely competent after full ring annuloplasty alone. 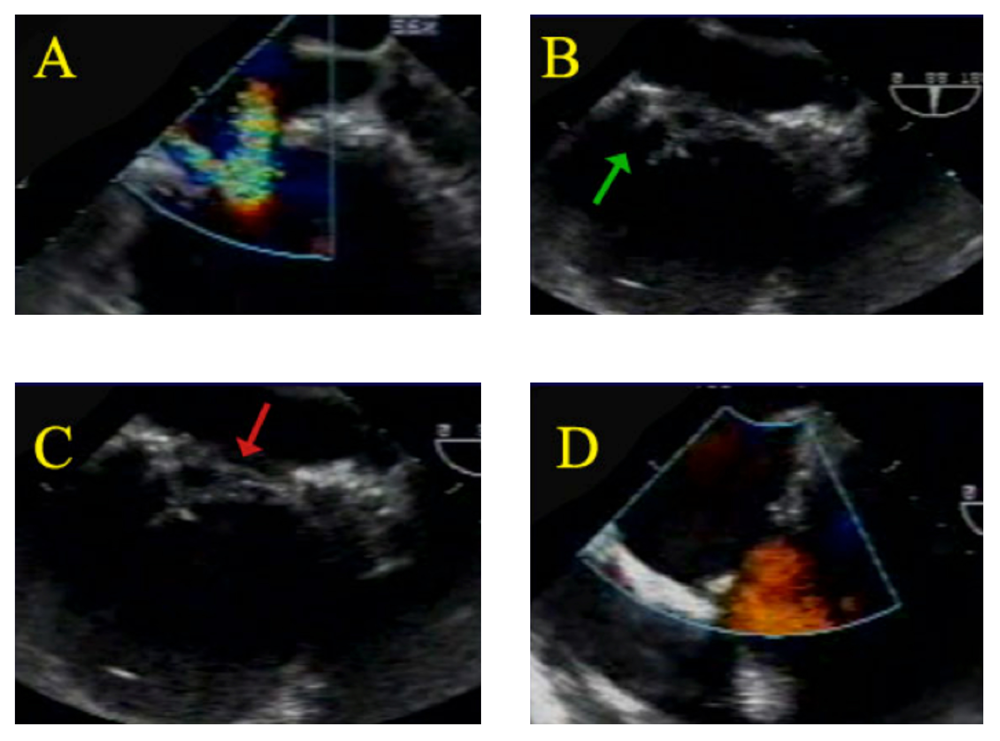 In summary, many studies suggest that mitral valve repair for post-infarction ischemic MR is associated with a substantial survival benefit. Clearly, the contrary result of the CTSN trial has reactivated interest in mitral replacement. This is a durable solution but with a mortality cost in many reports. In our view, repair should not be abandoned because excellent results are achievable in patients with appropriate patho-anatomic techniques. Full geometric annuloplasty rings that selectively reduce the anterior-posterior annular diameter, along with methods that address leaflet tethering, are very important. In recent experience, a reparative approach has been largely adopted by US surgeons and may have contributed to falling mortality rates for mitral valve surgery. This topic no doubt will continue to be debated, and ongoing clinical investigation will be necessary to refine evolving concepts.

YOU ARE HERE: Home > Latest in Cardiology > Mitral Valve Repair vs. Replacement for Ischemic MR: An Ongoing Debate