Harold on History: An Historical Perspective on Diabetes and Cardiovascular Disease 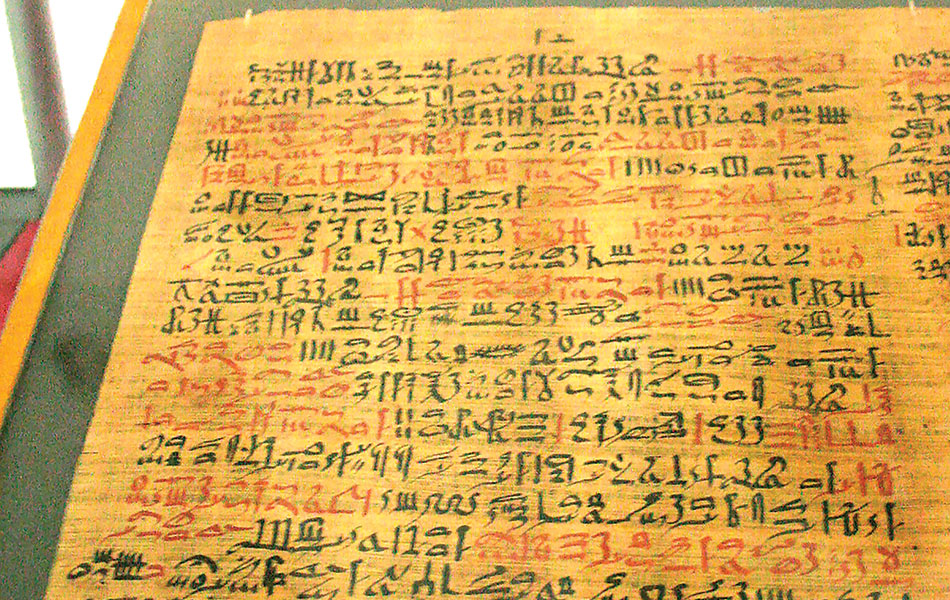 The Ebers Papyrus, the first known document to include a reference to diabetes.

Diabetes has been recognized since antiquity, but the pathogenesis has only been understood experimentally since 1900. The first known reference to diabetes was by the Egyptian physician Hesy-ra, who described “excessive urination,” which is included in the Ebers Papyrus. This Egyptian medical papyrus is a 110-page scroll that dates to 1550 BCE and was found in the Thebes necropolis near modern day Luxor in the Nile River Valley. The papyrus was purchased by the German Egyptologist Georg Ebers (1837-1898), who published a facsimile in English and Latin in 1875. The original is preserved in the library of the University of Leipzig in Germany. The Ebers Papyrus contains numerous herbal medical remedies including a recommendation “…to eliminate urine which is too plentiful…” by consuming wheat grains, fruit and sweet beer.

The term diabetes was coined by Apollonius of Memphis (250 BCE) from the Greek word meaning siphon – to pass through – after noting the frequent urination seen in these patients. The Greek physician Aretaeus (81-138 CE), a native of Cappadocia (Southern Turkey), produced the first clear written description of diabetes. Aretaeus described diabetes as “a melting down of the flesh and limbs into urine.”

"Diabetes has been recognized since antiquity, but the pathogenesis has only been understood experimentally since 1900."

The English physician Thomas Willis (1621-1775) renamed the disease “diabetes mellitus” after he rediscovered that the urine of afflicted individuals tasted of honey; the term mellitus translated to “like honey” in Greek. In 1776, the British physician and physiologist Matthew Dobson (1732-1784) proved that patients with diabetes were urinating sugar. By evaporating urine, he showed the urine of patients with diabetes had elevated levels of sugar. Dobson also noted that diabetes was often fatal in some patients, while in others it was a chronic condition.

The German physicians Joseph von Mering (1849-1908) and Oscar Minkowski (1858-1931) in 1889 discovered the role of the pancreas in diabetes by showing its removal renders dogs diabetic. The English physiologist Sir Edward Albert Sharpey-Schafer (1850-1935) described the role of insulin in the pathogenesis of diabetes. He derived the term insulin from the Latin world “insula” meaning island, referring to the insulin-producing pancreatic cells known as the islets of Langerhans. He is regarded as the founder of endocrinology. 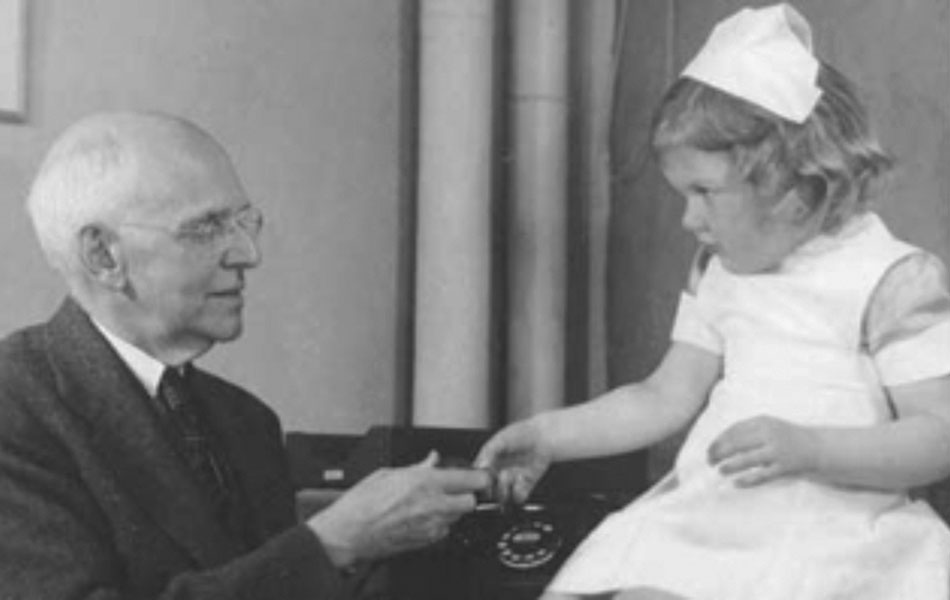 Elliott P. Joslin, MD, founder of the Joslin Diabetes Center, and often considered the first pioneer in the field of diabetes.

From 1915 until the introduction of insulin therapy, the American physicians Frederick Madison Allen (1876-1964) and Elliott Proctor Joslin (1869-1962) promoted “starvation dieting” with repeated fasting and dieting to treat diabetes. Joslin published the first edition of the Treatment of Diabetes Mellitus in 1916.

John James Rickard Macleod (1876-1935) was a Scottish biochemist who helped isolate insulin, working with Sir Frederick Grant Banting (1891-1941) and Charles Herbert Best (1899-1978) at the University of Toronto in Canada. These investigators used insulin to reverse diabetes in dogs by injecting them with extracts from the pancreatic islets of healthy dogs. James Bertram Collip (1892-1965) purified the insulin extract so it could be used in humans.

The first patient to receive insulin was a 14-year-old boy, Leonard Thompson (1908-1935), in 1922. Thompson suffered from severe diabetes and was initially treated with the “starvation diet,” living another 13 years on insulin therapy before dying from pneumonia. Eli Lilly and Company and Nordisk began commercial production of insulin in 1923. Banting and MacLeod shared the 1923 Nobel Prize for Physiology and Medicine for their work in the discovery of insulin in the treatment of diabetes.

In 1948, Howard Root (1890-1967) at Harvard Medical School observed that hyperglycemia was linked to blood vessel disease. These findings were subsequently validated by the Diabetes Control and Complications Trial (DCCT), published in 1993. 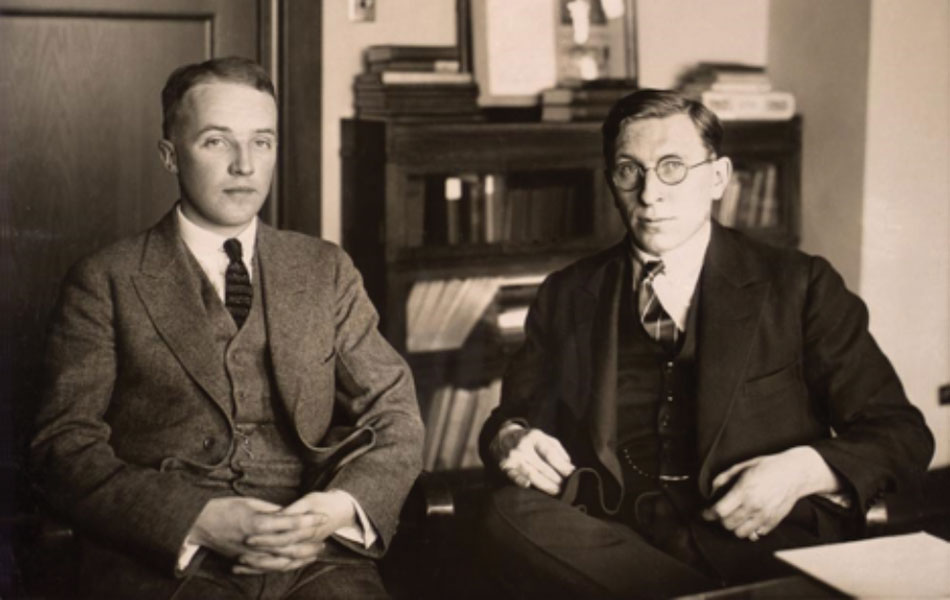 The first oral medication for diabetes became available in 1955 with the introduction of sulfonylureas. In 1959, two distinct types of diabetes were identified when Solomon Berson (1918-1972) and Rosalyn Sussman Yalow (1921-2011) developed radioimmunoassay methods to measure insulin in the blood. They identified insulin-dependent (type 1) and non-insulin dependent (type 2) diabetes. Yalow was awarded the Nobel Prize in Medicine for development of radioimmunoassays for peptide hormones used to measure insulin in the body.

In 1950 President Harry Truman signed the Omnibus Medical Research Act, which established what is now known at the National Institute of Diabetes, Digestive and Kidney Diseases. The Centers for Disease Control established a Diabetes Division in 1977, now known as the Division for Diabetes Translation.

Discoveries over the ages have led to a better understanding of the pathogenesis and appropriate treatments for diabetes. The ACC established the Diabetes Collaborative Registry in 2014, in partnership with the American Association for Clinical Endocrinologists, American Diabetes Association, the American College of Physicians and the Joslin Diabetes Center. The collaboration among multidisciplinary providers is designed to help transform the future of diabetes treatment and prevention and improve the lives of patients across the world. The partners involved with the Diabetes Collaborative Registry recognize the importance of consolidating efforts and taking an integrated, coordinated and interdisciplinary approach to this global issue. The strong correlation between diabetes and cardiovascular disease means there is much to be gained from a coordinated approach to diabetes patient care.

Click here to learn more about the Diabetes Collaborative Registry.

YOU ARE HERE: Home > Latest in Cardiology > Harold on History: An Historical Perspective on Diabetes and Cardiovascular Disease