Energy drinks are frequently consumed by athletes, weekend warriors, service members, college students, secondary school students, and are heavily marketed to children and adolescents.4,11,15 Marketed for and used to boost performance, they often have high concentrations of caffeine and other stimulants that can cause serious side effects.

The scientific community, media, governments, athletic departments and the general public have expressed safety concerns over energy drinks specifically for vulnerable populations, including those:4,6

Energy drinks and shots are unique in that the caffeine concentration is comparatively higher than other caffeinated beverages, such as sodas, which are subject to a limit imposed by the FDA (Figure 1). In addition, compared to adults, younger teens generally have limited tolerance to caffeine due to infrequent consumption. Thus, youthful athletes are more subject to adverse effects, particularly when consuming large and rapid doses of caffeine present in energy drinks in combination with exercising around the same time.9 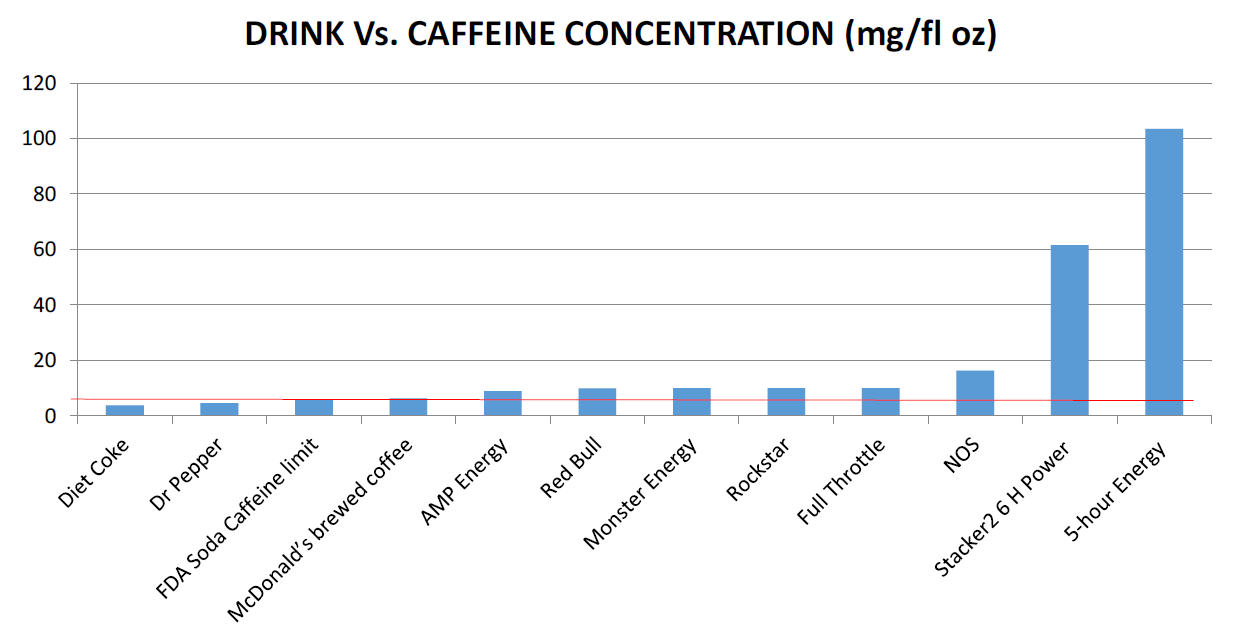 Caffeine is a core ingredient in energy drinks and is rapidly and completely absorbed, peaking in concentration in approximately 30-120 minutes post-ingestion.16 When added to energy drinks, caffeine is typically a synthetic alkaloid rather than a naturally-occurring constituent of plant based beverages (e.g., tea or coffee). However, guarana and yerba mate, which can be contained as part of the energy blend of energy drinks, are also natural and an additional source of caffeine in these products. As such, the total amount of caffeine in energy drinks may not be accurately reflected on the label. Importantly, levels of caffeine in energy drinks vary between 71-316 mg of caffeine per 8 oz. serving, which exceeds the FDA-imposed limit of 71 mg of caffeine per 12 fluid oz. of soda.11 In addition, energy drinks frequently include significant amounts of carbohydrates (usually glucose), taurine (an amino acid), niacin, pyridoxine, cyanocobalamin (B12), riboflavin (B2), ginseng extract, glucuronolactone (a glucose metabolite), inositol (B8), guarana (contains caffeine, theobromine, and theophylline), ephedra, Yohimbine, gingko, kola nut, theophylline, vitamins, herbs, and/or L-carnitine.3 The health effects of these additives are not well documented.7

The caffeine contained in energy drinks has ergogenic potential, with doses of pure caffeine of 3-6 mg per kilogram of body weight associated with an increase in power and aerobic activity (e.g., split times) by approximately 4%.14 However, the evidence for energy drinks as "performance-enhancing" is mixed. With respect to improving aerobic/anaerobic performance and/or reaction time after energy drink consumption, studies are inconsistent.9 Several studies have reported improved endurance or muscle performance; however, others demonstrate no benefits, with some documenting a negative effect as evidenced by increased muscle fatigue and reduced cerebral blood flow.9-11

Adverse Effects of Energy Drink Use

In 2011, there were 4,854 logged calls to US Poison Control Centers regarding adverse energy drink exposures, most deemed secondary to their caffeine and stimulant toxicity.13 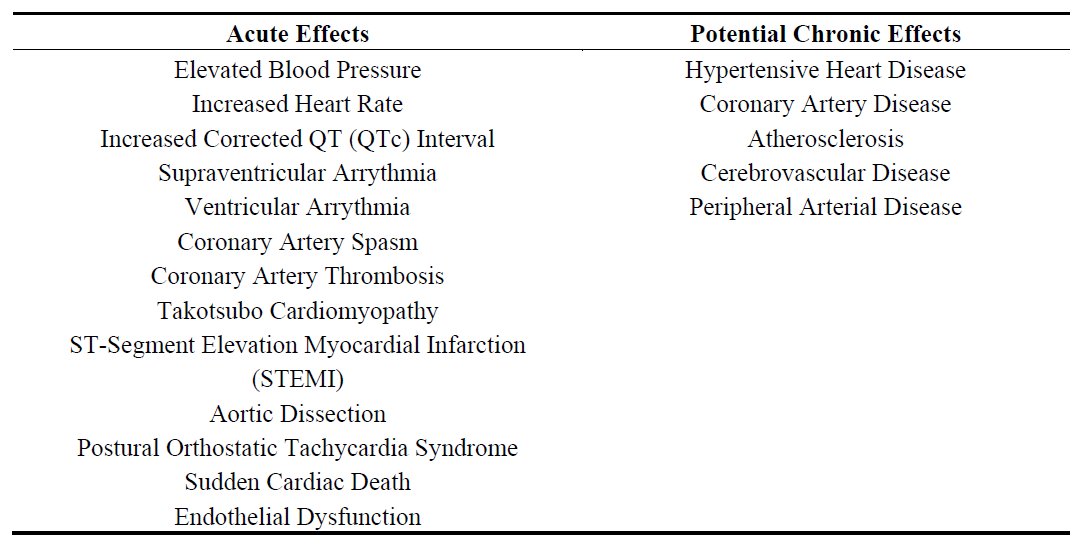 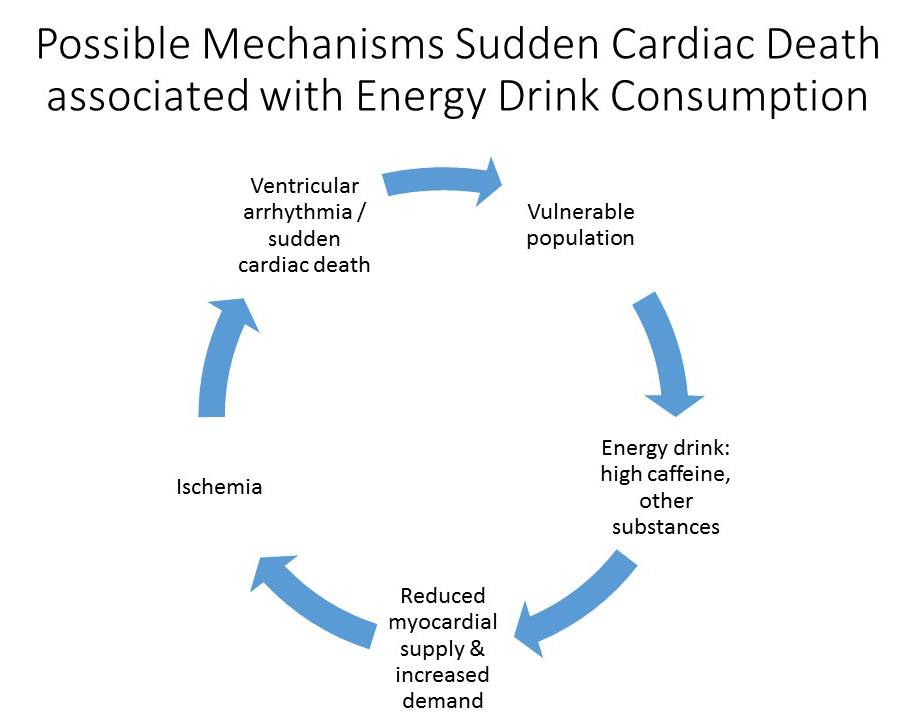 Health care providers, trainers, coaches, and parents and children should be educated about potential adverse events associated with energy drink use.

Energy drinks are frequently consumed by young athletes and there are reports of morbidity and mortality associated with consumption. In particular, susceptible individuals include younger, smaller, caffeine-naïve/sensitive, pregnant or breastfeeding women and those with underlying medical conditions. While most healthy adults can consume a single energy drink without any significant negative acute health effects, the long-term effects of chronic consumption have not been well studied.

YOU ARE HERE: Home > Latest in Cardiology > Stimulant-Containing Energy Drinks