The release of the CANTOS clinical trial in 2018 provided long-awaited proof-of-principle that lowering inflammation without lowering cholesterol can substantially reduce rates of myocardial infarction, stroke and cardiovascular death.

But just as important as the scientific data gathered from CANTOS were the roles of clinical observation and discovery that, over many decades, taught the cardiovascular community about the crucial role of inflammation in atherosclerosis.

"Epidemiology and population biology are fundamental tools for biologic exploration, just as is work at the bench," says Paul M. Ridker, MD, MPH, FACC, principal investigator for the CANTOS trial, and director of the Center for Cardiovascular Disease Prevention at Brigham and Women's Hospital in Boston, MA.

Ridker will examine nearly 100 years of clinical observation related to inflammation and heart disease when he presents the Eugene Braunwald Keynote today. The keynote is doubly important for Ridker because he is also the Eugene Braunwald Professor of Medicine at Harvard Medical School and regularly consults with Braunwald – his long-term scientific mentor and the man he considers his "academic father."

C-reactive protein and the acute phase response were first described in 1930 at The Rockefeller Institute of Medical Research, now The Rockefeller University. In his keynote, Ridker will trace the path taken by investigators worldwide that in the ensuing years led to the hypothesis that inflammation might be an effective target for atherosclerosis treatment.

"I will attempt to tell the history of discovery," Ridker says in discussing the goals of his lecture. "The reason I picked a 100-year time frame for the lecture is because while CANTOS is proof of principle, we have another 11 years to find something we can provide our patients that is equally effective, but that also is inexpensive and broadly applicable."

Ridker and his colleagues also recently published a CANTOS analysis in Circulation. It demonstrates for the first time in a placebo-controlled setting that targeted anti-cytokine therapy has benefits for congestive heart failure.

The paper also represents an endgame for translational research that has links to Braunwald's 1956 paper titled "C-Reactive Protein in the Serum of Patients with Congestive Heart Failure." Framed on Ridker's office wall in Boston is a manuscript of the paper signed by Braunwald.

"That 1956 paper is yet another example of Dr. Braunwald being decades ahead of his time in thinking about cardiovascular pathophysiology," Ridker says. "Dr. Braunwald is simply unequaled in the cardiovascular community for his insights, wisdom and work ethic. He is a mentor and scientist whose level of commitment and involvement is as great today as it was 60 years ago."

In today's keynote, Ridker hopes to present a sense of how complicated translational medicine truly is, and how forward-thinking Braunwald was. 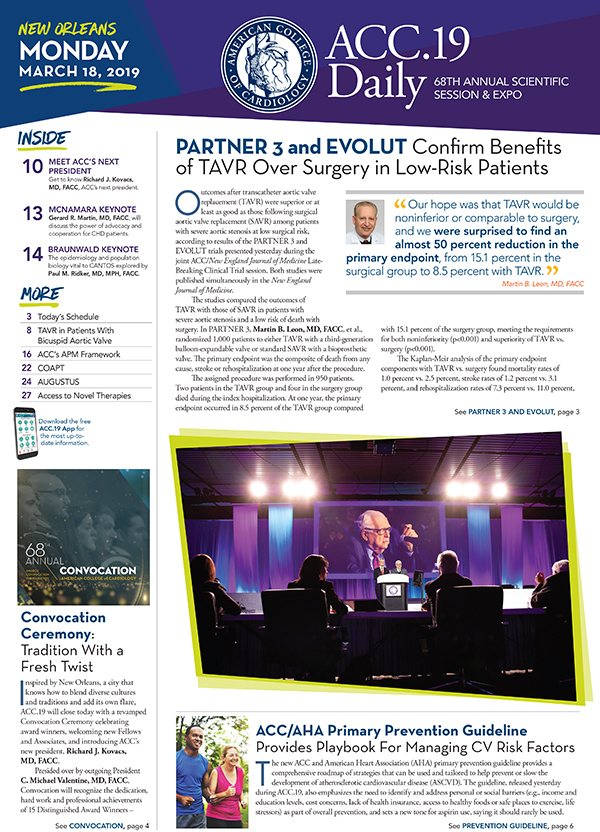