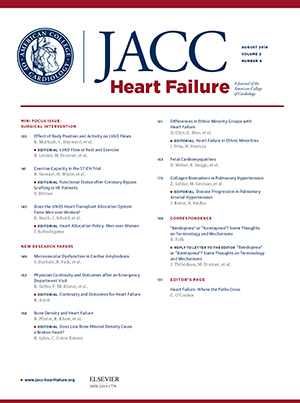 An exponential increase in the incidence of HF with preserved ejection fraction (HFpEF) is seen in postmenopausal women, compared with men of the same age, indicating that hormonal changes may affect heart function. The involvement of estrogen on cardiac function in postmenopausal women was examined in a review paper in a special focus issue of JACC: Heart Failure.

Changes in heart function and structure are often seen in older age in both women and men. These changes are more pronounced in postmenopausal women vs. premenopausal women, indicating estrogen deficiency may be to blame.

"In women at a lower risk for heart failure, estrogen deficiency combined with other risk factors such as hypertension, diabetes or obesity might lead to the development of full-blown clinical syndrome," Narula said. Studies have inconclusively found that hormone replacement therapy could improve heart function in postmenopausal women, but more clinical trials and data are needed.

Heart failure (HF) risk factors and mechanisms are different in women and men. This underscores the need for sex-specific prevention strategies for HF. However, data are lacking on the effectiveness of HF interventions in women, because of their frequent underrepresentation in clinical trials of HF. Efforts that should be taken to prevent heart failure in women were examined in a review paper in a special focus issue of JACC: Heart Failure.

The incidence of HF is increasing and disproportionately affecting women across the lifespan. This is despite a decline in HF-related death rates in women and men since 2000.

Women with HF are generally older, have a higher BMI, and have a greater prevalence of hypertension, diabetes and kidney disease. Women are more likely to have HF with preserved ejection fraction (HFpEF). Atrial fibrillation (AFib) has been shown to have a sex-specific predictive value for the development of HFpEF in women.

Interventions targeted at maintaining or achieving a health body weight and reducing risk factors, especially hypertension and AFib, may help to lower HF rates in women. Additionally, pregnancy complications, breast cancer treatments and menopause all can increase the risk of HF in women.

HF treatment guidelines are not sex-specific because women are underrepresented in clinical trials. The National Institutes of Health have enacted policies to promote the inclusion of women in clinical trials and require sex to be factored into study design and analyses.

A patient advocate who helps patients understand the benefits of participating in clinical trials, offers advice to researchers on how to be more accommodating and welcoming to study participants, in a perspective article in JACC: Heart Failure.

Robin Martinez, patient advocate and online community coordinator at Smartpatients, Denver, CO, explains that patients need guidance to understand why and how to participate in trials. Although they want treatment that may be more effective than they would receive otherwise, they often face hurdles in participating, such as travel, appointments, extra medical tests and the treatment itself.

"Having patient input all along the line can help both researchers and patients get what they want," Martinez writes.

She concludes that what matters the most to patients is the results of the trial, not just their own outcomes. "Even if your trial does not meet its endpoints, let the world know. Learning what does not work is just as important as learning what does work," Martinez writes.

Julia Grapsa, MD, PhD, FACC, and Bonnie Ky, MD, FACC, have been named Editors-in-Chief of the two newest JACC Journals – JACC: Case Reports and JACC: CardioOncology – launching in June and September, respectively. Grapsa and Ky are the first women to hold the title of Editor-in-Chief for a JACC journal.

Both journals will be online, open-access journals. Learn more at JACC.org/CaseReports and JACC.org/CardioOncology.

Patients who spend more than three days in the hospital after transcatheter aortic valve replacement (TAVR) have a higher risk of mortality at one year, compared with patients discharged less than 72 hours after the procedure. The findings were published in JACC: Cardiovascular Interventions.

In the first large-scale study looking at length of stay (LOS) following transfemoral TAVR, Siddharth A. Wayangankar, MD, FACC, et al., used the STS/ACC TVT Registry to assess trends, predictors and outcomes in 24,285 patients who underwent TAVR between 2011 and 2015.

The results show 44.9 percent (10,896) of patients had a delayed discharge and 55.1 percent (13,389) had an early discharge. Patients most likely to have a delayed discharge had mitral valve procedures, home oxygen, heart failure, atrial fibrillation, dialysis and severe kidney disease, along with being older than 85 years and African-American or Hispanic.

Independent predictors of early discharge include presence of an ICD and prior CABG or MI, as well as being younger than 85 years, male or white.

According to the investigators, additional research is needed to determine whether predictors of delayed vs. early discharge could inform the development of risk score models to improve patient selection and post-TAVR care for those at higher risk of delayed discharge. They also note the significant decrease in post-TAVR LOS is likely the result of nationwide efforts aimed at optimizing TAVR programs. This trend is likely to carry on with "continued refinement and techniques and patient selection."

In an editorial commentary, Marco Barbanti, MD, writes that increased experience in management of post-TAVR patients and new training programs played a "predominant role" in decreased LOS during the study period. He adds the study demonstrates "important progress toward optimization of the post-procedure management and timely discharge" for TAVR patients.

Impact of AFib on Outcomes in TMVR? NCDR Study Insights 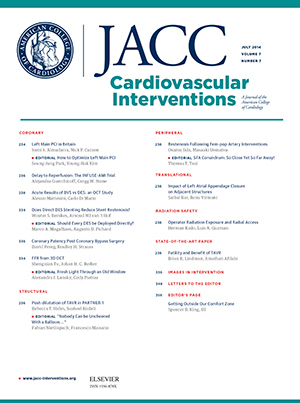 Patients undergoing transcatheter mitral valve repair (TMVR) who have atrial fibrillation (AFib) have higher rates of mortality and heart failure (HF) after one year than those without AFib, according to a study published in JACC: Cardiovascular Interventions.

Using data from the STS/ACC TVT Registry, Sameer Arora, MD, et al., compared one-year outcomes for patients with and without AFib who had TMVR with MitraClip between 2013 and 2016. The primary outcome was the composite rate of death or HF hospitalizations one year post procedure. Secondary outcomes were one-year rates of stroke and bleeding events.

To determine one-year outcomes, STS/ACC TVT Registry data were linked to claims data from the Centers for Medicare and Medicaid Services. Of the 5,613 TMVR patients, data were available for 3,261 patients (58 percent): 2,124 with AFib (65 percent) and 1,137 (35 percent) without AFib.

Presence of AFib at baseline was associated with a higher composite rate of death or HF hospitalization after one year (38.4 vs. 30.8 percent). The stroke rate at one year was similar for patients with and without AFib (3.6 vs. 3.2 percent). A bleeding event within one year was more likely to occur in AFib patients (20.9 vs. 16.3 percent in those without).

These results highlight the need to "better understand which patients most benefit" from TMVR, state the investigators. Future research is necessary to determine whether early treatment of mitral regurgitation (MR) reduces the risk of AFib and to identify strategies to improve outcomes for patients with MR and AFib, they conclude.

The study's findings "provide valuable information on the role of AFib on one-year outcomes" in TMVR patients, Dritan Poçi, MD, PhD, writes in an editorial commentary. Further the results "put light into the importance of better evaluation of patients" before TMVR. 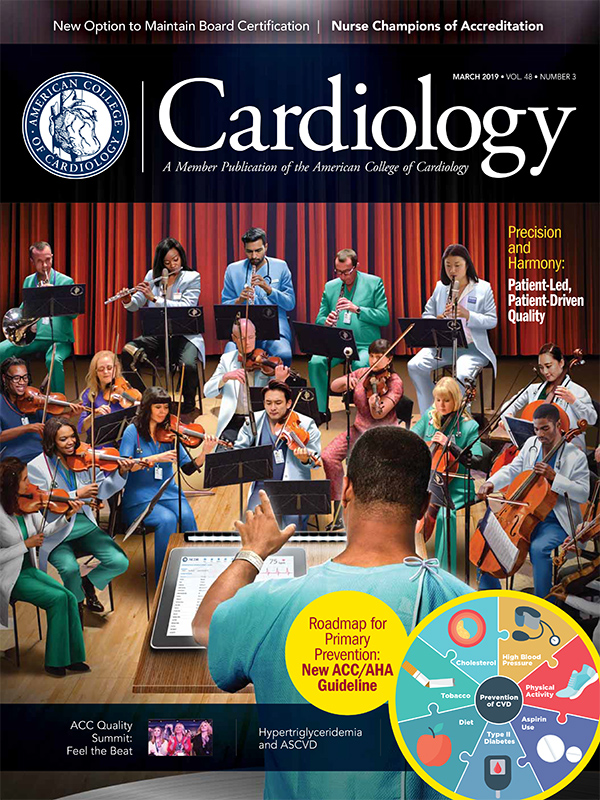 Get to Know Your Leaders | Reflections on a Presidential Year: C. Michael Valentine, MD, MACC