This poll asked two questions based on the COMPLETE trial (Complete Versus Culprit-Only Revascularization Strategies to Treat Multivessel Disease After Early PCI for STEMI), which demonstrated a late benefit for complete revascularization (whether done at the same setting as the culprit lesion or later). The respondents perform complete revascularization at time of the culprit percutaneous coronary intervention (PCI) 40% of the time, with nearly a third performing only culprit-only PCI. The most common reason respondents chose to explain not performing complete revascularization during primary PCI was interesting. Approximately 60% appear to believe that only culprit lesion PCI is appropriate during the index procedure. Other reasons chosen include contrast concerns (18%) and anatomic complexity (which could include contrast concerns) (18%).

Overall, these responses suggest that the COMPLETE trial results relating to complete revascularization during the index procedure are not universally adopted.

Thanks to our participants. As always, comments are appreciated. 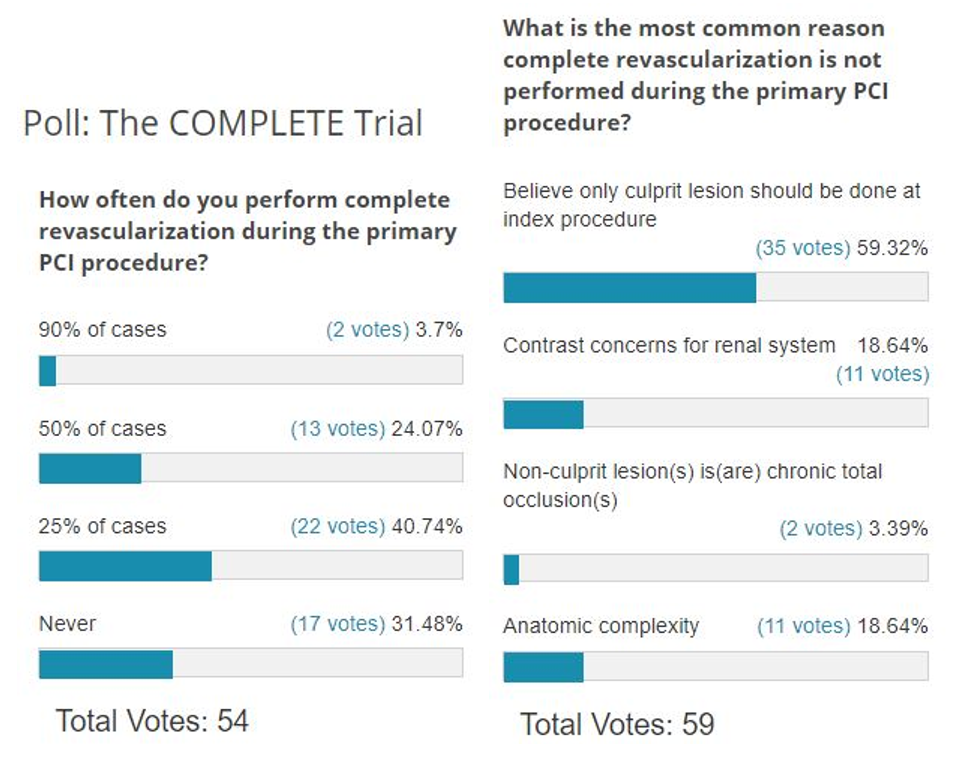 YOU ARE HERE: Home > Latest in Cardiology > Poll Results: The COMPLETE Trial