Oesophageal Protection During Catheter Ablation for AF: A Simple Solution to a Longstanding Problem?

Catheter ablation is the therapy of choice for a large and growing proportion of patients with atrial fibrillation (AF). Across the world, the procedure is now performed in more than 100,000 patients per year with a continued fast rate of increase. Other than cost, the chief impediments to the uptake of this therapy are the risk of fatal or disabling complication and a perceived sub-optimal rate of long-term success. Approximately half of the fatalities arising from AF ablation occur due to atrio-esophageal fistula caused by thermal injury to the oesophagus where it lies adjacent to the left atrium.1 Whereas most of the other potential lethal adverse effects can be eliminated by expert operator technique, attention to peri-procedure anticoagulation, and meticulous post-procedure care, oesophageal injury occurs even in the best centres.

Both Radiofrequency and Cryotherapy Are Linked to Oesophageal Injury

Thermal injury to the oesophagus is well documented with both radiofrequency (RF) and cryotherapy.2,3 These injuries cover a spectrum from mild erythema to the life-threatening fistulation that complicates approximately 0.3% of procedures. Endoscopic follow-up is not routinely performed after AF ablation, but when it is done, it reveals oesophageal lesions in up to 47% of cases after pulmonary vein isolation.3,5 Quantification of this injury is not entirely standardized because most existing classifications have been adapted from other applications.

Strategies for the avoidance of oesophageal injury have been disappointing. Proton pump inhibitors are routinely used by most operators based on the untested hypothesis that gastric acid in the oesophageal lumen might contribute to the process of fistula formation.6 The hypothesis is questionable: If the process of fistula formation is predominantly the product of bacterial action rather than acid-related corrosion, the loss of the antibacterial effect of gastric acid could be harmful.

Single-sensor temperature probes are commonly used worldwide but at a cost in procedure duration, with limited evidence that it prevents oesophageal injury, and with some evidence that injury may be accentuated. Multi-sensor measurement of oesophageal temperature appeared to exacerbate the problem in one study.7 It was hypothesised that this failure was due to bipolar thermal transmission between the probe and the ablation catheter tip, a flaw amenable to correction by re-engineering. If temperature monitoring harms the patient by fostering recklessness in the operator, the limitation will be difficult eliminate.

The only strategies with a strong scientific basis focus on minimizing the amount of energy delivered and the force exerted by the catheter in the vicinity of the oesophagus,8 but these precautions may reduce the efficacy of the procedure and certainly add to the cost and duration. The inadequacy of current methods of protection has been remarked upon by the European Heart Rhythm Association (EHRA) and is cited as an area in need of further work in the 2019 EHRA White Paper.9

A systematic review of previous studies of oesophageal cooling yielded 3 randomised trials that compared it to standard methods.13 In all cases, the cooling methodology consisted of the infusion of a small volume of cold liquid at a time. Meta-analysis of these studies found that even with the limited heat extraction possible using this method, there was reduction in the number or severity of lesions.

The current standard methods of protection, minimising energy near the oesophagus with or without monitoring of local temperature, are purely passive. The only active method previously attempted, local infusion of cold water, is weak and uncontrolled, reducing luminal temperature to a small, unpredictable degree.14 We reasoned that protection should be active and should be controlled in the sense that the oesophageal lumen near the site of ablation should be forced to remain at an allocated safe temperature. We sought a device that could achieve this.

The ensoETM device (Attune Medical; Chicago, IL) is routinely used in a critical-care setting to maintain normothermia in patients susceptible to hypothermia or hyperpyrexia or to induce hypothermia to protect from brain injury.15 Body temperature is by controlled warming or cooling of the oesophagus. The device consists of a dual-lumen tube of silicone through which distilled water is recirculated from the temperature-regulated reservoir of a Blanketrol III (Gentherm; Northville, MI) mobile console at a set a temperature ranging from 4 to 42°C.

The IMPACT (Improving Oesophageal Protection During AF Ablation) study, a prospective, double-blind, randomized controlled trial was conducted at St. George's Hospital, London, from February 2019 to January 2020.16 There was 1:1 randomization to a protected group who received the ensoETM device for oesophageal cooling during their AF ablation or a control group who had the AF ablation with single-sensor temperature probe only. The AF ablation itself was performed using irrigated contact force-sensing catheters with a three-dimensional mapping system.

Patients listed for an AF ablation under general anaesthesia were recruited. The protected group received oesophageal cooling with the ensoETM device cooled to 4 degrees during left atrial posterior wall ablation. Participants had endoscopy at 7 days post-ablation. Lesions were graded on a modified scoring system designed by our team, a refinement on the widely used Kansas City SCORE (Figure 1). The participant and the endoscopist were blinded to the randomization. Clinical follow-up was at 3 and 6 months from ablation; validated gastro- oesophageal reflux and gastroparesis questionnaires were recorded without access to the randomization. 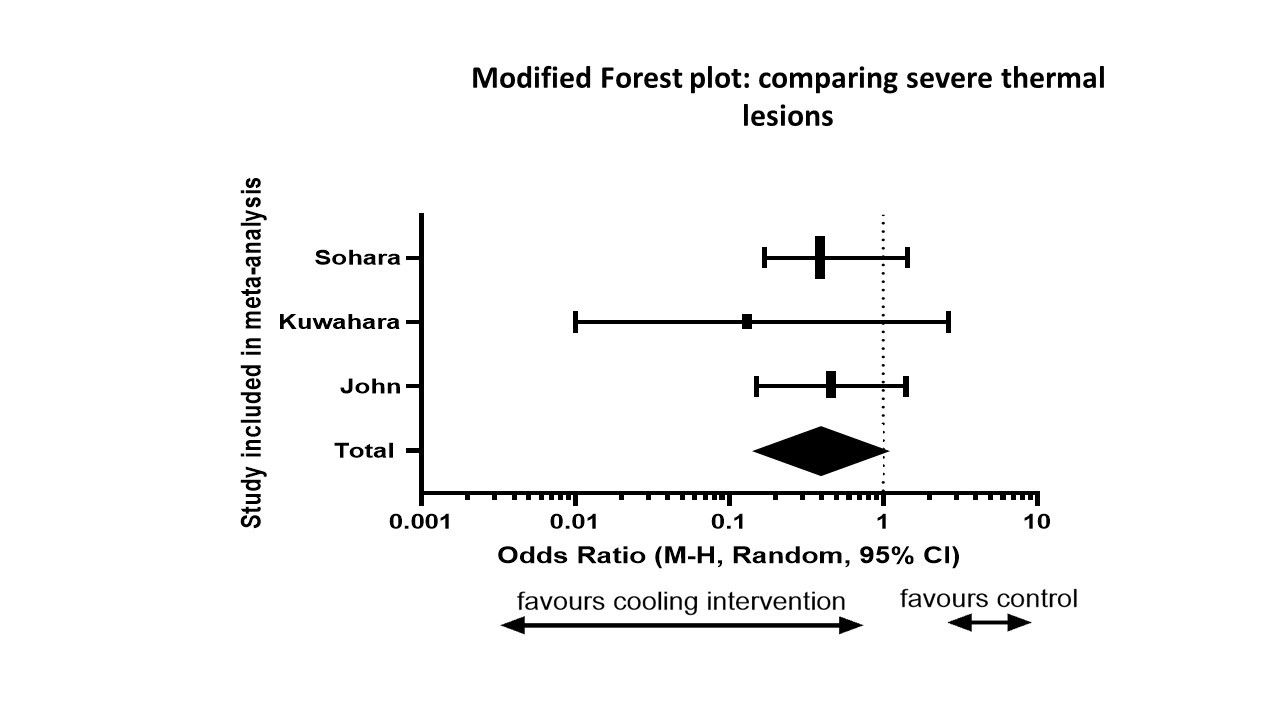 The study design required the completion of all parts of the protocol including the performance of endoscopy in 120 patients: 60 protected and 60 control (Figure 2). Because of drop-out relating to inability or unwillingness of patients to return for endoscopy at the required time, recruitment had to continue past the initial target of 120 with endoscopy results. Preliminary results were presented at the Featured EP and Late-Breaking Clinical Trial sessions at American Heart Association's Scientific Sessions 2019.17

At the time of presentation, endoscopy results were available for 78 patients (40 protected by the ensoETM device and 38 control patients; Table 1) out of 147 recruited to the study (69 protected and 78 control). The primary endpoint of the study was the incidence of endoscopically detected abnormality including mucosal lesions and gastroparesis (Figure 3). The protected group had significantly lower incidence of this combined endpoint compared to the control group (3/40 vs. 11/38; p = 0.018). The device had no effect on the procedural workflow or patient outcomes at 6-month follow-up. The ability to achieve pulmonary vein isolation or lines of block was not affected. The RF treatment delivery was similar in both groups with no difference in power, ablation time, or Ablation Index (Table 2). 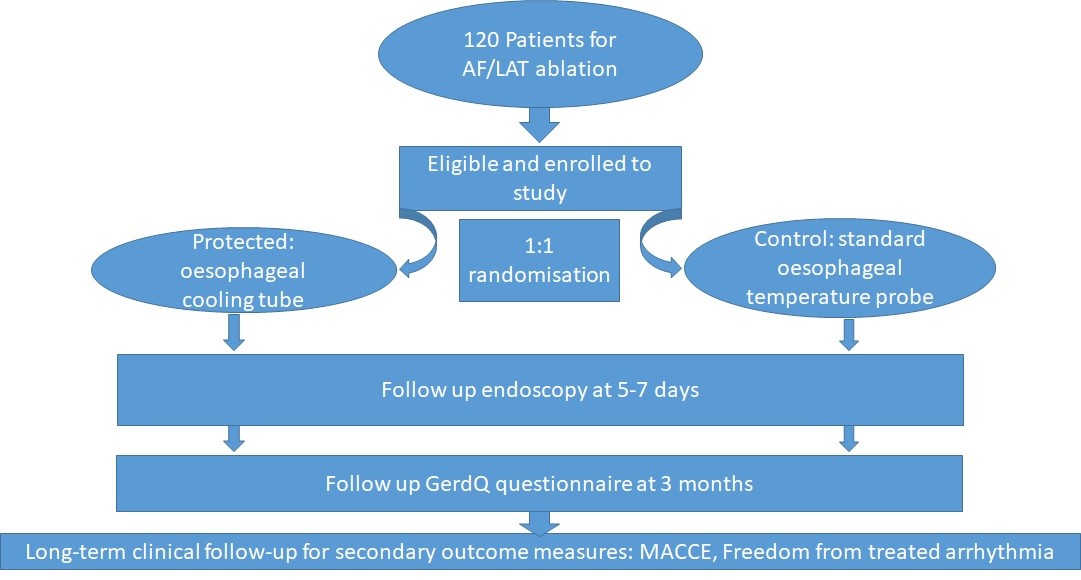 Table 2: Ablation Indices in the Control and Protected Groups in the IMPACT Study Interim Analysis (December 2019)

None of the indices was altered by the use of the ensoETM device.

Controlled active thermal protection of the oesophagus provided by the ensoETM device can reduce thermal injury during left atrial ablation and may also protect its associated neural plexus. It is the first method that has been shown to reduce the risk of such injuries.

YOU ARE HERE: Home > Latest in Cardiology > Oesophageal Protection During Catheter Ablation for AF: A Simple Solution to a Longstanding Problem?