Cardiac surgery has traditionally been a technically demanding specialty that often involves treating patients with significant co-morbidities. A sternotomy approach, although regarded as the most versatile incision, has some drawbacks including a longer incision, post-operative sternal precautions, and potentially longer hospitalization and recovery; therefore, the need for minimizing the surgical approach is imperative. Since the introduction of minimally invasive cardiac surgery in 1995, the use of robotic systems has gained popularity. The most common applications for robotics have been single and double vessel coronary artery bypass grafting (CABG), mitral valve (MV) replacement, and, in a much lower frequency, the resection of left atrial tumors and the repair of atrial septal defect (ASD). With excellent MV repair rates, minimal need for coronary reintervention, and a vanishingly low morbidity profile, robotic surgery has been adopted by a growing number of surgeons in their practices. Several studies have shown significantly reduced length of stay, complications, and mortality in patients who underwent robotically assisted cardiac surgery compared with patients who underwent non-robotic cardiac surgery.1,2

Two decades after the first reported robotically assisted MV replacement,3,4 several studies reporting on data of single-center experiences and national databases have established the efficacy and feasibility of this procedure.5,6 Typically, the operative strategy includes femoral cannulation for cardiopulmonary bypass (CPB), deployment of the robotic arms through 8-12 mm incisions in the right thorax, and aortic cross-clamping using the Chitwood clamp (Scanlan International, Inc; St Paul, MN) or endoaortic balloon occlusion. A recent large-volume-center study at the Cleveland Clinic7 reported on short-term outcomes in the first 1,000 patients undergoing robotic primary MV surgery. Almost all patients in the cohort had severe mitral regurgitation (one had mitral stenosis, and one had fibroelastoma). Isolated posterior leaflet prolapse was seen in 80%, isolated anterior leaflet prolapses in 2.5%, and bileaflet prolapse in 17%. After the first 200 cases, both CPB and aortic cross-clamp times stabilized at around 120 minutes and 80 minutes, respectively. Concomitant procedures performed at the time of surgery included ablation for atrial fibrillation in 7.2%, ASD closure in 9% and tricuspid valve repair in 0.2%. MV repair rate was 99.5%. Conversion rate to partial or full sternotomy was 2% with a 2.3% conversion rate to mini-thoracotomy. Operative mortality rate was 0.1%, and the stroke rate was 1.4%. Similar findings were observed in another large cohort study by Murphy et al.8 in Atlanta, with 1,257 consecutive patients undergoing robotic isolated MV procedures using a more advanced lateral endoscopic approach with robotics technique. The patient cohort included those with significantly greater comorbidity than those in the Cleveland Clinic study. However, mean conversion to open sternotomy was still less than 5%, MV repair rate was 93%, and mean CPB and aortic cross-clamp times were 144 minutes and 82 minutes, respectively. The incidence of post-operative atrial fibrillation was comparable to that of open surgery at 12.5%.9,10 The need for re-operation was present in 2.6% of patients and bleeding in 1.7%. All other complications had a rate less than 1%. Moreover, the cumulative survival was greater than that observed in the literature among patients with severe ischemic mitral regurgitation undergoing open MV repair or replacement.11 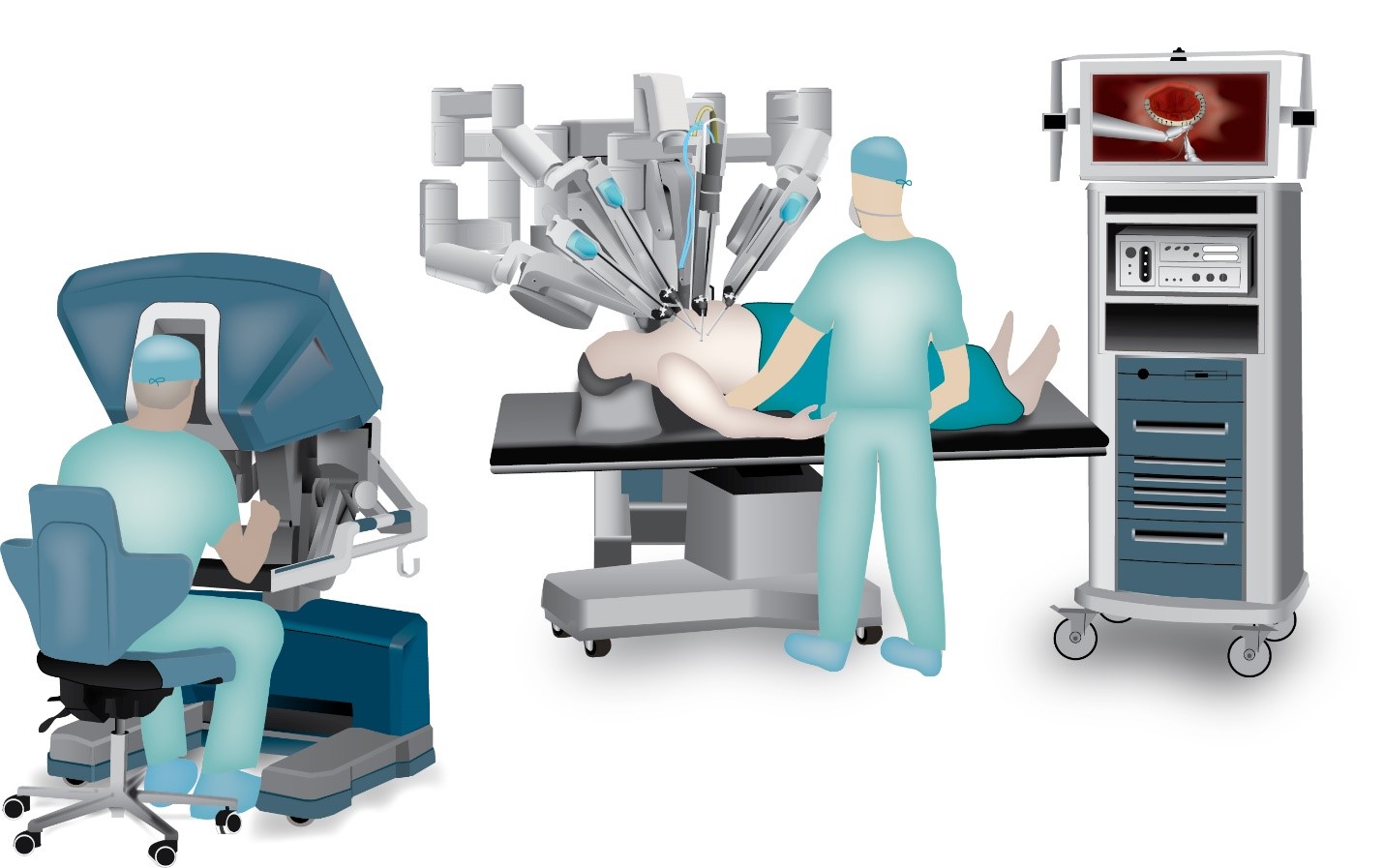 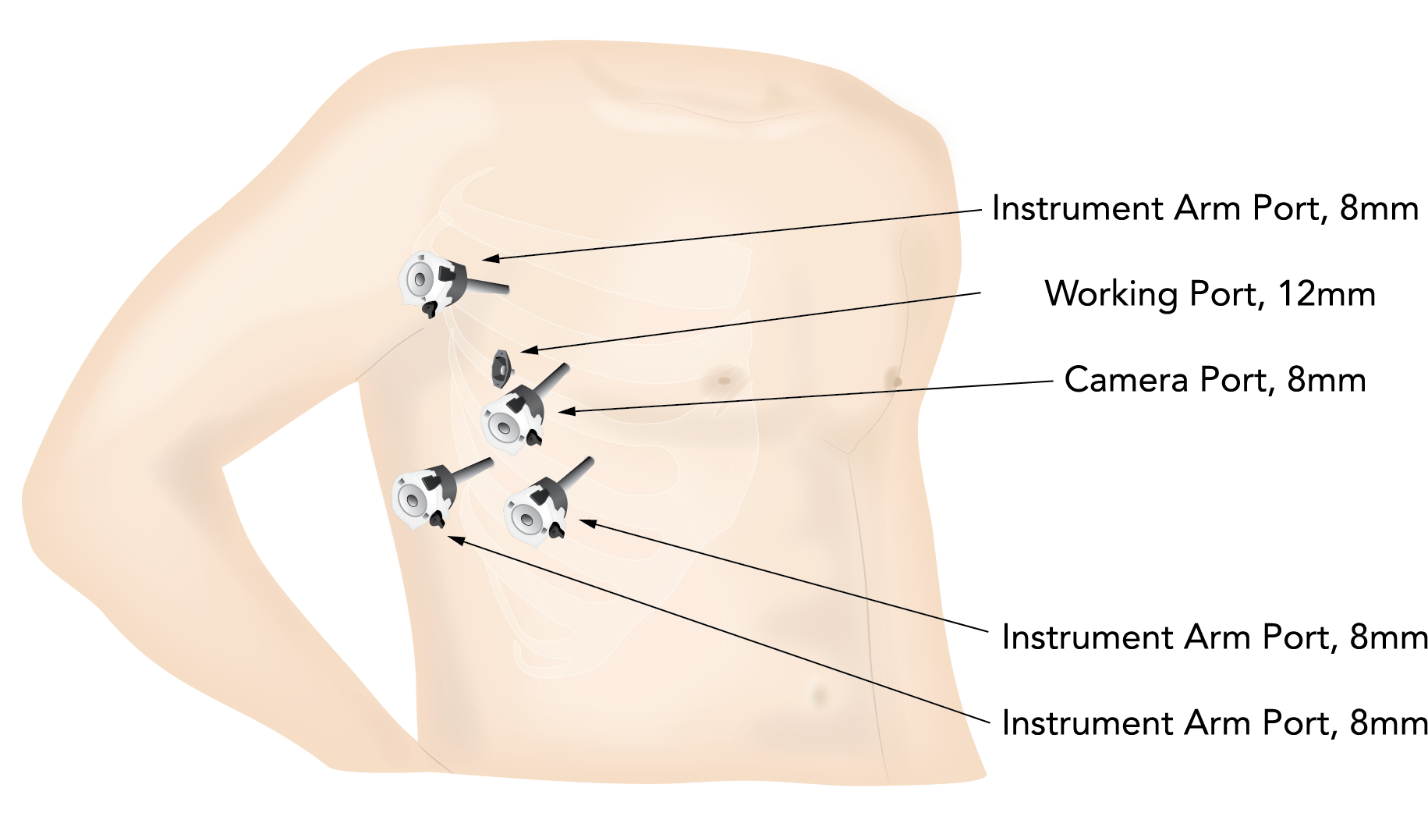 The application of robotics in cardiac surgery is associated with low mortality and morbidity when compared with traditional sternotomy. Consequently, the utilization of robotic technology in the field of cardiac surgery (CABG, MV replacement, tumor resection, and ASD repair) has continued to grow over time. We anticipate that the many well-documented advantages of a minimally invasive approach will continue to drive adoption of robotic surgery in the future.