Seven teams from around China applied for and were chosen to participate in two qualifying rounds held on Oct. 9, with the winning two teams from each round competing in the final FIT Jeopardy! competition at GWICC. ACC Board of Governors Chair Daniel Philbin, MD, FACC, and ACC's China Ambassador Aaron D. Kugelmass, MD, FACC, served as judges for the event.

The following teams competed in the first set of qualifying rounds (listed in order of score):

Although the questions were not easy, the qualifying rounds went fast, as the topics were familiar to the competitors. The final competition, however, was quite challenging with questions covering topics like hemodynamics, echocardiography, congenital heart disease, electrophysiology and pharmacology. Each of the members of the winning team received a cash prize of RMB 3,000. 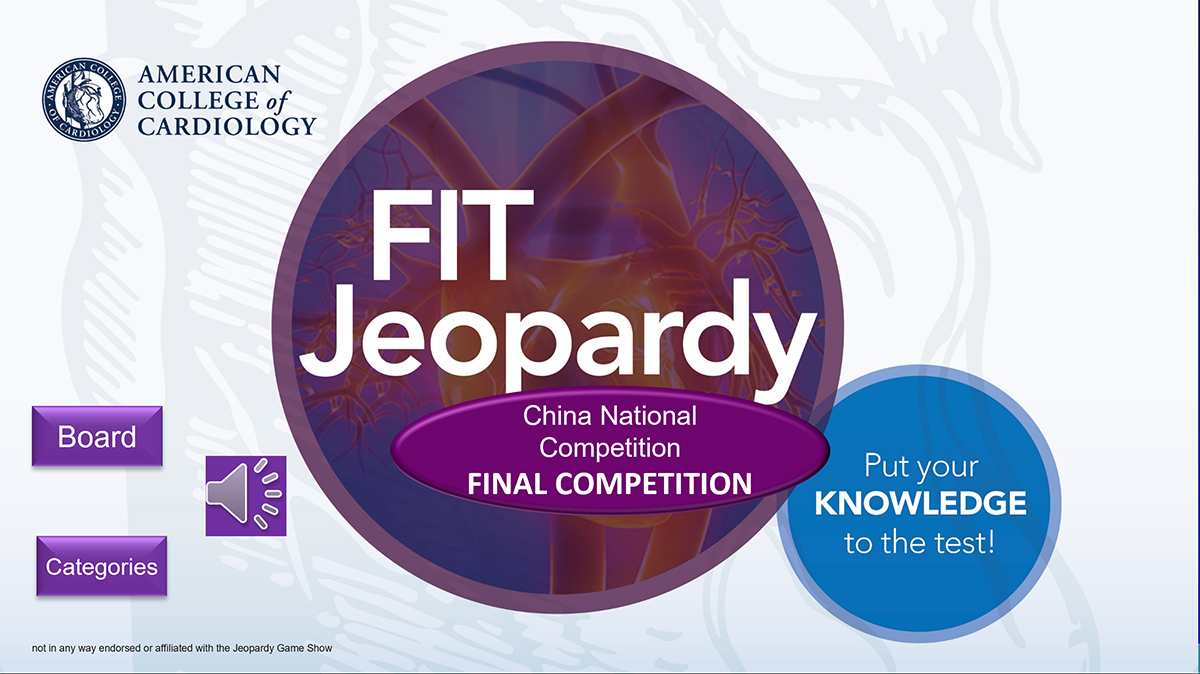