Poll Results: Use of CT Angiography For the Evaluation of Coronary Anatomy

This poll question was derived from two recent publications. First, in a retrospective analysis of the ISCHEMIA Trial,1 Initial screening CTAs for patients (N=1728) randomized to revascularization were compared to ICA. The primary CTA screening for significant (50%) left main stenosis with at least one additional coronary artery with a 50% stenosis correlated with ICA in 92.2% of studies. However, there were limits to the correlation; CTA was predictive of the number of diseased vessels in only 54.5% of cases.2

The results of the Poll (Figures 1,2) showed that for Question 1, 28% of respondents never use CTA to screen for presence of and/or extent of coronary artery (Severe left main or multivessel disease), while only 12% of regularly use CTA for screening. Other responses suggested CTA screening in 10, 25 and 50% of cases. Question 2 attempted to address the perceived reliability of the CTA in providing equivalent information to ICA. Interestingly, there was a split in approaches/philosophy with 43% saying they rarely do ICA because the ICA is not diagnostic, while only 18% responded that they do ICA frequently or almost always. My interpretation of these responses is that most accept the results of the CTA in terms of anatomic screening but rarely use CTA as a screening test.

Application of CTA remains challenging in certain circumstances, particularly in patients with heavy calcification or prior stenting, both of which can create artifacts reducing the ability to interpret CTA. Thus, physicians need to assess patients and their CTA results individually to make optimal clinical decisions given that screening ICA based on stress test results demonstrate no significant obstructive disease. Thus, selected properly, CTA has the potential to limit ICA complications. In addition, none of these studies have evaluated the impact of the use of CTFFR technology to enhance the results of CTA and the impact on diagnostic reliability. 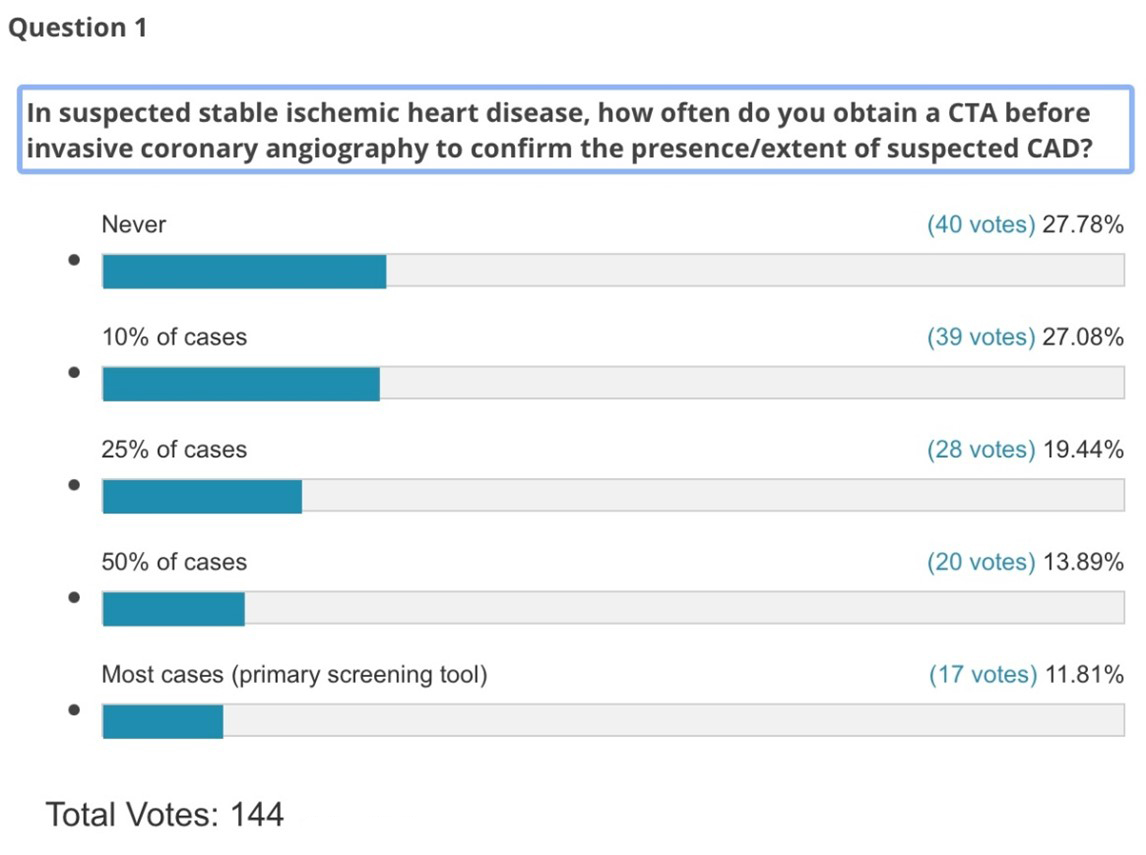 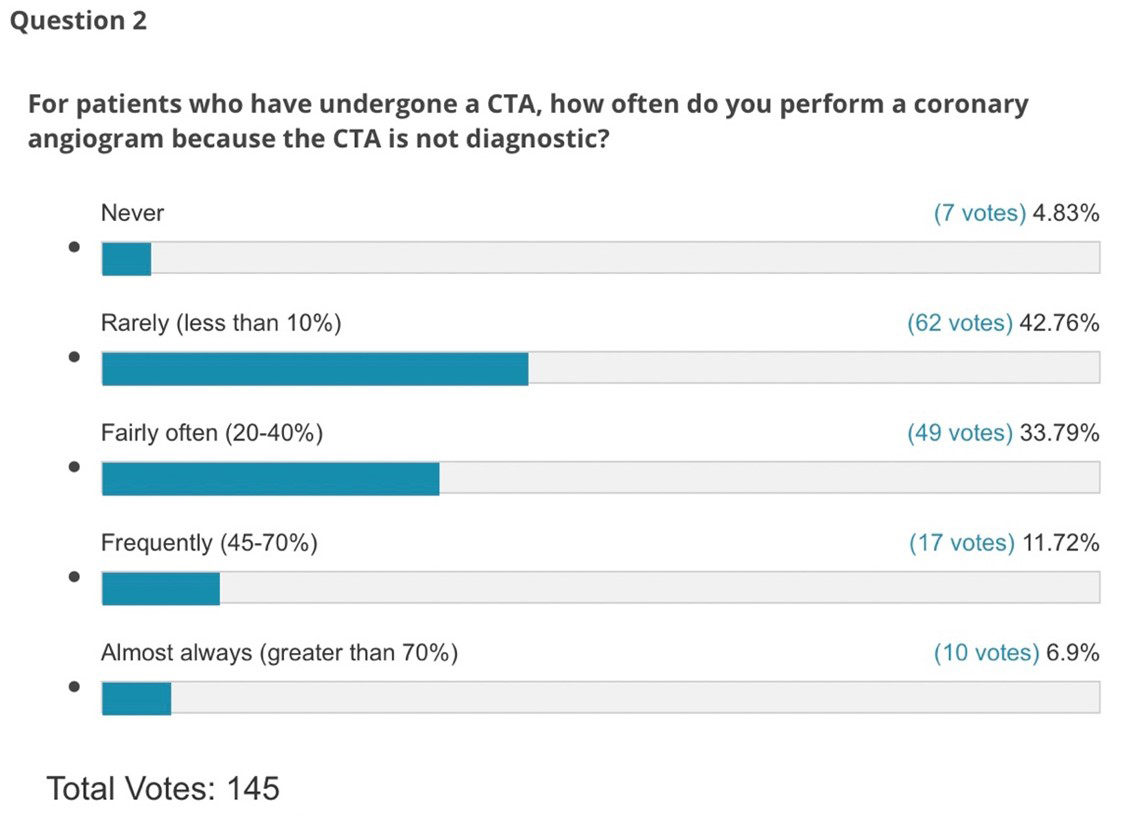 YOU ARE HERE: Home > Latest in Cardiology > Poll Results: Use of CT Angiography For the Evaluation of Coronary Anatomy