FAME 3: FFR-Guided PCI vs. CABG in Patients With Three-Vessel CAD

In patients with complex three-vessel coronary artery disease (CAD), PCI guided by measurement of fractional flow reserve (FFR) with a current generation drug-eluting stent did not meet the criterion for noninferiority compared with CABG in terms of death, myocardial infarction (MI), stroke or revascularization at one year, according to findings from FAME 3 trial presented at TCT 2021 and simultaneously published in the New England Journal of Medicine.

While past studies have shown better outcomes using CABG compared with PCI in patients with three-vessel CAD, few have compared CABG with FFR-guided PCI. In FAME 3, William F. Fearon, MD, FACC, and colleagues, randomized 1,500 patients at 48 centers in Europe, North America, Australia and Asia to either FFR-guided PCI (n=750) or CABG (n=750). All patients had three-vessel CAD, no left main involvement, and were deemed amenable by the heart team for both PCI and CABG. The mean age of participants was 65 years, and the majority were Caucasian and male.

“The one-year rate of death, MI, or stroke was not significantly different between the two strategies. However, FFR-guided PCI with a current generation drug-eluting stent performed favorably in comparison with CABG in three-vessel CAD with less complex disease according to the SYNTAX score,” said Fearon. “In patients with more complex three-vessel CAD, CABG remains the treatment of choice.” 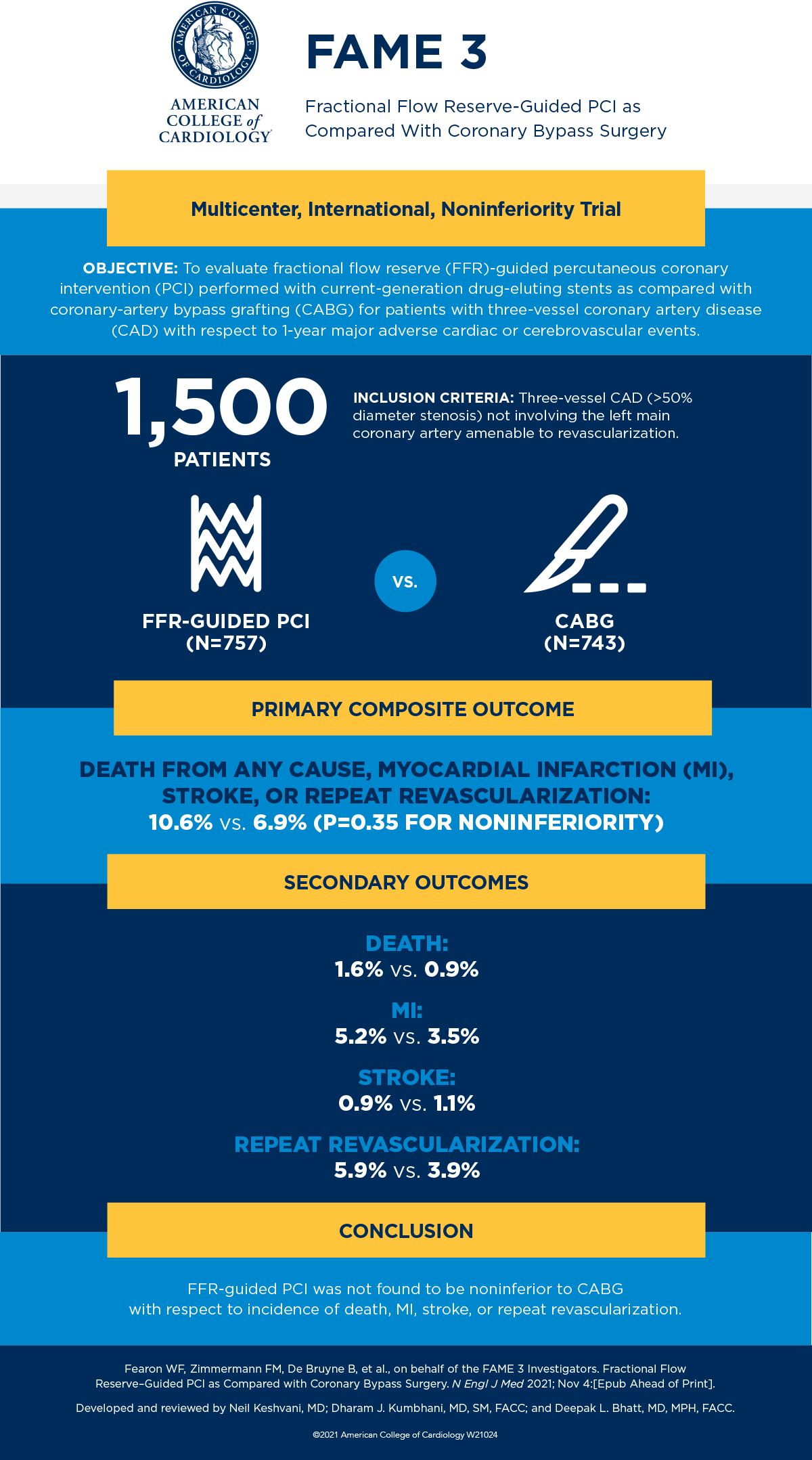 YOU ARE HERE: Home > Latest in Cardiology > FAME 3: FFR-Guided PCI vs. CABG in Patients With Three-Vessel CAD