Part I – The birth of pediatric cardiac critical care and the early days of hypoplastic left heart syndrome surgery.

Russell C. Raphaely, MD, is one of the founding fathers of pediatric cardiac critical care. Raphaely graduated from New York Medical College in 1964. He completed his residency in Anesthesiology at the Hospital of The University of Pennsylvania in 1966 before serving in the United States Navy for three years. He then completed a fellowship in pediatric anesthesiology from the Children's Hospital of Philadelphia in 1969. 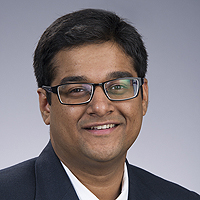 During his illustrious career, he served as director of the division of critical care medicine at the Children's Hospital of Philadelphia from 1987 to 1997 before joining the Nemours/Alfred I. duPont Hospital for Children in Wilmington, DE in 1997, where he is currently co-director. Shashank Behere, MD, a pediatric cardiology Fellow in Training at Nemours, conducted a three-part interview series with Raphaely on a variety of subjects; ranging from his experiences as a pioneer in pediatric cardiac critical care during an era of rapid development, to his thoughts on technology, evidence based medicine, ethics and his love of precision in our medical language. Part I focuses on the birth of pediatric cardiac critical care and the early days of hypoplastic left heart syndrome surgery.

As part of my specialty training – anesthesia – I was introduced to pediatrics and then went into the Navy. I was going to be a general anesthesiologist after completing my service. However, in those two months, I met a faculty member at the Children's Hospital of Philadelphia (CHOP), Jack Downs, who had a major impact on me. I liked his style and what he was interested in – respiratory support for neonates. So, I decided to do additional training at CHOP and was introduced to a broader role as an anesthesiologist in critical care. The chief of the division of anesthesiology at that time, Len Bachman, also contended that anesthesiologists could be of value outside the operating room in supporting patients with respiratory disabilities.

So, this was still a time when anesthesiologists were not the default go-to for critical care needs?

Critical care was an unknown thing altogether! This was in 1968 and it did not exist. However, the neonate of critical care was there. We took care of patients scattered throughout the hospital with respiratory disabilities, had special nurses taking care of our patients and we mechanically ventilated the patients in their rooms.

And you would just take care of patients in their rooms – ICUs did not exist at that time?

Correct. That morphed into cohorting them. Chief surgeon of CHOP at the time, C. Everett Koop, had championed cohorting neonates after surgery for things like tetralogy repair and diaphragmatic hernia repair in one location. Jack Downs and Len Bachman saw value in doing the same thing for children who were critically ill. I decided to stay on as staff physician when they asked me to do so after my training.

The two systems that interested me the most were the respiratory and cardiovascular. I found there was a lot more ability to measure liquids than gases. I became aware of all the variables that one could measure and got physiological awareness of the circulation other than a pulse and a blood pressure measurement. I went to Bill Rashkind, who at that point was developing the balloon atrial septotomy among other measures, and told him I was interested in knowing all about the variables and how to obtain and calculate them.

During this time, was the adult critical care at a different stage of evolution compared to pediatric cardiac critical care?

They were parallel. It was principally through the Society for Critical Care Medicine that both pathways were developing, and it was usually easier to get physiological information from adults. Pediatric cardiology was a little behind, and quite frankly still remains there.

Is it just because the money is in adult medicine perhaps?

I would say that perhaps illness is more common in the adult population. I do not know why, but for some reason the ability to measure and get certain objective data seems a little easier with adults. Adults are a more welcoming patient population – they make their own decisions and we do not think the adult patient needs to be as protected as the pediatric. This enables us to be more aggressive with our data acquisition in adults and talk with them directly. I am not sure that is the only principle, but it is a major one in my view.

How were the initial experiences with surgical intervention for Hypoplastic Left Heart Syndrome (HLHS)?

Two important things evolved during my time with Bill Norwood – arch reconstruction management and the interposition of a Hemifontan. What occurred early on was a lot of arch abnormality after reconstruction.

In 1979, Dr. Norwood reported the first Norwood procedure case series. Upon arriving at CHOP in 1984, there was still evolution. We had not settled on homograft to augment the aortic arch. There was synthetic material and pericardium immersed in formaldehyde, and it all resulted in formidable arch abnormalities post reconstruction. The settlement on the homograft was a major evolution or advantage.

When patients had a volume loaded circulation until they were 15 – 20 months old and when you unloaded them promptly with the Fontan completion – we were not doing fenestrations or anything of the sort, the patients were just very difficult to manage. When the thickened ventricle shrunk down from its volume load to an unloaded state, the wall thickness changed the compliance of the ventricle, making it difficult to fill. If you only had venous pressure as the component to fill that ventricle, maintaining the cardiac output was ferociously challenging. Therefore, unloading them with the Hemifontan was an extraordinarily crucial maneuver.

How did Dr. Norwood figure out the timing of the Hemi?

The issue was to get them off the volume loaded state as soon as possible, and to do so when the pulmonary vascular resistance from the neonatal period had fallen sufficiently. This reasoning was so they would not have a big head and be as blue as anything! It was sort of a judgment that maybe knowing the slope of the fall in pulmonary vascular resistance in early infancy, when that might be appropriate, was settled on around 4 – 6 months and proved to be OK.

The other component was what Bill Norwood had done for a long while, contending that there was a special chemical that had influence – he was "excluding" the hepatic vein. That did not prove to be as useful as the fenestration. The fenestration did not seem to be as dramatically advanced as the homograft, arch and interposition of the hemi. However, it reduced the incidence of effusions, which were terribly problematic. If they made it through the low cardiac output state, burdened with those pleural effusions fiercely, let me tell you, oh boy! That was challenging.

What experiences do you look back on with the most pride and satisfaction?

I have seen the acceptance of a team concept in the management of a patient, where all disciplines are acknowledged as important and have a seat at the table in the discussion. It takes all of the individuals, nursing, technologists, respiratory care practitioners, pharmacists, physicians and non-physician providers working together. The evolution of the cardiovascular team to be able to contribute and speak out is one of the things that I have the most pride in. It is the evolution of this critical care concept that has allowed progress to exist in surgical management of congenital heart disease. Surgeons can extend themselves more in the OR and with this team in the ICU, they can do even more.

What experiences do you look back on with regret or dissatisfaction?

I am sorry to say that not as much cure, and more palliation, has existed. There is much more chronic illness after congenital heart disease acute care than I would have imagined.

What lessons do you think today's fellows should learn?

We should learn not to be overly confident that we have mastered or know about everything. Be prepared to have your techniques and constellation of knowledge altered by new information and evidence. Do not remain entrenched in the past. There is also no shortcut except for hard work. Very hard work, actually – to stay attuned!

It takes an extraordinary commitment and you have to find a way to assign a lot of your time and life to this activity.