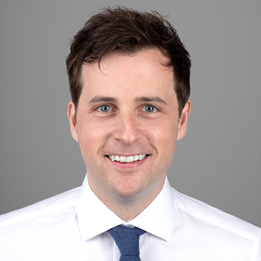 There is growing recognition of the important role physicians play as health policy advocates. As trainees, it can be hard to stay informed and educated about the rapidly changing policy questions being debated in government. In these policy perspectives, we will aim to provide a simple, quick, and impartial overview of relevant legislative proposals. Today, we'll discuss proposals being considered that would allow Medicare to negotiate drug prices with pharmaceutical companies.

The U.S. consistently pays more than other countries for the same prescription drugs. In 2019, retail prescription drug spending was over $350 billion, accounting for 10% of our total national health care spending. As a result, finding ways to make prescription drugs more affordable has long been a bipartisan policy priority that enjoys broad public support.

Medicare Part D is a voluntary program that covers retail prescription drugs for Medicare beneficiaries through stand-alone insurance plans. Because these plans cover prescription drugs only, beneficiaries' costs (e.g., insurance premiums and cost-sharing) are directly related to their prescription drug spending. While individual private insurers who offer part D plans can negotiate drug prices with pharmaceutical companies, the Medicare program is prohibited from using its leverage to directly participate in these negotiations (this is often referred to as the "noninterference" clause).

Calls for policies that would allow Medicare to negotiate drug prices have existed for decades. While the details of these specific proposals vary slightly (for example, negotiated prices could apply to all covered drugs or just the costliest; negotiated prices could apply to all Americans with private insurance or just Medicare beneficiaries), at their core they would all eliminate the "noninterference" clause. Most recently, Democrats in the U.S. House of Representatives proposed H.R. 3 – the Elijah E. Cummings Lower Drug Costs Now Act. And on Sept. 9, 2021, the U.S. Department of Health and Human Services (HHS) released their Comprehensive Plan for Addressing High Drug Prices.

Under H.R. 3, the Secretary of HHS would select at least 50 drugs from a list of up to 250 eligible for price negotiation – interestingly, studies have found a significant proportion of Medicare Part D spending is accounted for by a small number of the most expensive drugs. The upper bound of the negotiated price would be based on each drug's average price in six other countries (specifically, 120% of the average international market price). The final negotiated price would then be made available to insurers providing Medicare Part D plans as well as other commercial insurers.

Some experts and policymakers agree that the enactment of legislation allowing Medicare drug pricing negotiation would have three main effects:

However, there is significant uncertainty and debate regarding the relative significance and degree of each of these changes. The nonpartisan Congressional Budget Office has analyzed H.R. 3 and estimated that it would reduce drug prices between 57-75% relative to current prices, reduce federal spending by $456 billion, and result in two fewer drugs coming to market in the first decade, 23 fewer over the next decade, and 34 fewer in the third decade.

Drug pricing proposals that include provisions to allow Medicare to negotiate prices directly with pharmaceutical companies are currently being considered in both the House and Senate as part of broader policy packages, including President Biden's Build Back Better Act. For additional reading about Medicare Part D and the Medicare drug price negotiation debate: