ACC Past President Leonard S. Dreifus, MD, MACC, passed away on March 30 at the age of 92 in his home in Florida.

Dreifus and his wife, Seline, are well-known for their philanthropic work, especially the gracious donation of the "Man Helping Man" sculpture installed at Heart House in Washington, DC. The pair also helped found the Orlando Philharmonic's Genius of Youth program, which allows talented musicians from the Juilliard School to perform as soloists with the philharmonic in Orlando.

"As we enter Heart House, we are greeted by the 'Man Helping Man' sculpture generously donated by Dr. Dreifus and Seline," remarks ACC President Mary Norine Walsh, MD, FACC. "It reminds us not just of the legacy left by Dr. Dreifus, but also our purpose in serving our patients and the public good as clinicians."

Dreifus will also be remembered for his outstanding contributions to the field of cardiology. His research has been published in over 250 medical journals and books, and Dreifus held numerous positions as chief or director of cardiology, and professor of medicine at many institutions throughout his lifetime. Dreifus served in the 211th Army Air Force Base Unit during World War II prior to receiving his bachelors from the University of Pennsylvania. He received his medical degree from Hahnemann Medical College and went on to do his internship and residency at Philadelphia General Hospital. After completing his cardiology fellowship at the Cardiovascular Research Institute at the Michael Reese Hospital in Chicago, IL, Dreifus trained at the National Institutes of Health in Maryland.

Dreifus served on ACC's Board of Trustees from 1970 – 1975 and again from 1976 – 1983. He then served as president of the ACC from 1978 – 1979. In addition to many accolades for his contributions to cardiovascular education and research, Dreifus also received the Master Teacher Award from the ACC in 1972 and was honored with the Distinguished Fellow title by the College in 1981. 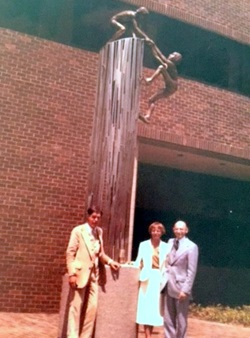 "Both Dr. Dreifus and Seline have served as role models for so many of us over the years," says ACC Immediate Past President Richard A. Chazal, MD, MACC. "Their intelligence, devotion to the College and love for their fellow man (and for each other!) will continue to inspire."

"He was of the old guard with Charles Fisch, MD, MACC; Borys Surawicz, MD, MACC; and Sylvan Lee Weinberg, MD, MACC," adds Douglas P. Zipes, MD, MACC, a past president of the ACC. "He was a wise man, a wonderful teacher of arrhythmias, expert electrophysiologist and humble about his many talents."

Dreifus is survived by his wife, Seline, his sons, Lenny, Henry and David, his sons' wives, seven grandchildren and one great-grandchild.