I suspect many of us have grown weary of hearing about what ISCHEMIA, COURAGE, those fractional flow reserve (FFR) trials, and CIAO (see below if that trial escaped you) tell us about best therapeutic strategies for coronary artery disease (CAD). That is not what this editorial is about.

As I think about these trials, I can't rid myself of some fundamental questions:

What is behind all these curious outcomes? What is coronary disease really about?

It makes no sense that stenting a coronary stenosis does not reduce mortality compared with optimal medical therapy (OMT) alone. But the trials tell us otherwise. Here is a quick review of facts:

COURAGE and ISCHEMIA tell us that restoring "normal" flow through a "significant" coronary lesion with PCI (usually stenting) does not affect mortality any more than OMT. Are we barking up the wrong tree when a PCI is done for an 85% mid-right coronary lesion in someone with a 20% inferior myocardial ischemic zone? It makes no sense, but that is what the evidence tells us.

A severe coronary stenosis cannot be benign, but since "fixing" it with PCI makes no difference in mortality compared with OMT, what does OMT bring to the table? OMT brings a lot: antiplatelet therapy; anti-ischemic therapy (beta-blockade, calcium channel blockers and nitrates); angiotensin converting enzyme inhibitors and angiotensin-receptor blockers for hypertension and/or reduced ejection fraction; and LDL-C lowering therapy (with all its pleotropic effects).

In addition, there is counseling for lifestyle and for diet, smoking cessation, glycemic control and weight loss.

The minimal reduction of actual plaque content with lipid-lowering agents is not enough to change a stenosis compared to placement of a coronary stent. OMT may have an effect on a proximal coronary plaque, but anatomically I doubt that accounts for the lack of difference in the OMT vs. the PCI plus OMT groups.

But OMT, in addition to what it might do to the plaque itself, has an effect on the distal coronary vasculature (think nitrates), on tolerance of chronic ischemia (think beta-blockade), on cardiac work (think antihypertensives) and on platelet adhesion (think all antiplatelet agents). OMT doesn't just treat a proximal plaque. It also treats the distal coronary vessels and the myocardium.

Let's not forget that stenting does make a difference – the ISCHEMIA Quality of Life study points out that angina burden in the invasive group was reduced. Patients felt better. Myocardial ischemia by testing and by symptoms (angina) is improved by stenting a stenotic coronary lesion. But as for mortality from coronary disease later on – forget it. 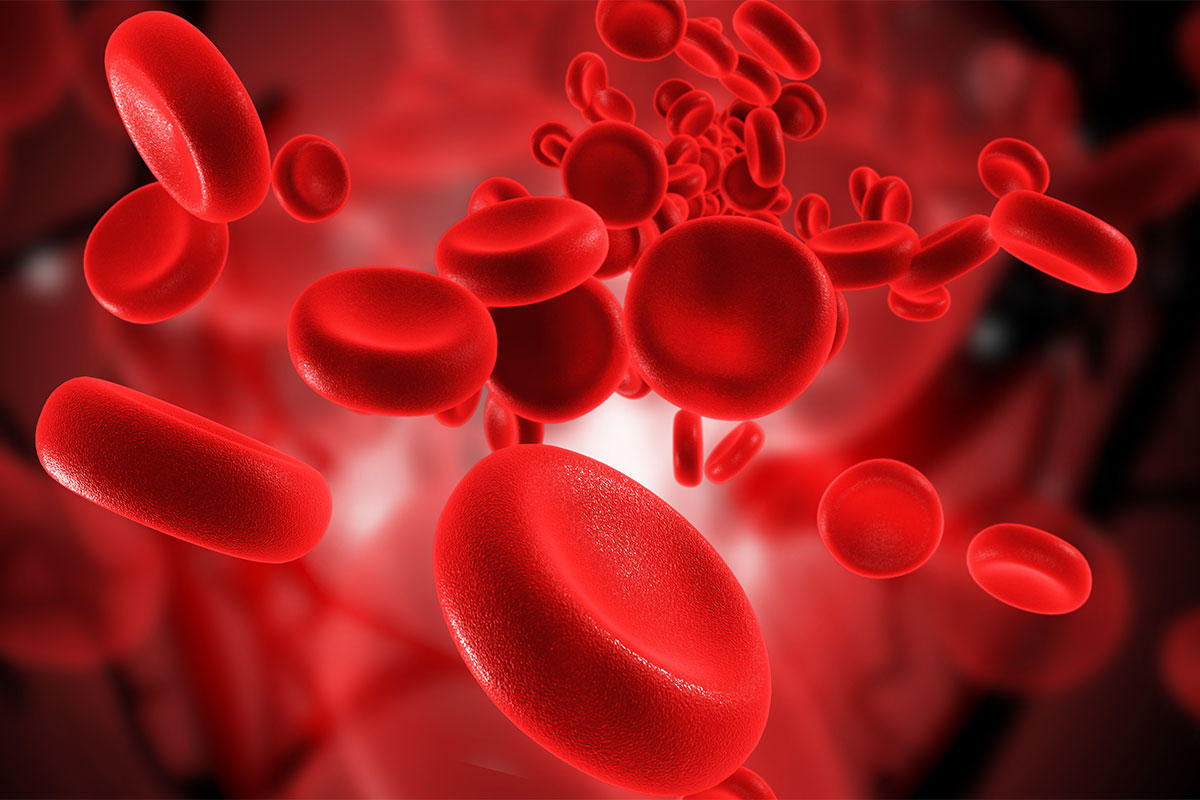 Something more than focal coronary atherosclerosis is operative in such patients. They are classified as having "small vessel disease" (whatever that means). Maybe all CAD patients have exactly that as well, and that is what ultimately causes mortality.

What emerges from this potpourri of facts is that we need to change our standard thinking about CAD. We have to challenge the simplistic concept that has driven PCI since its inception in 1977 – that a coronary stenosis is "bad." It equals ischemia and angina. It leads to increased mortality unless the stenosis is relieved. But that is no longer correct. The more central question is this: How does CAD relate to myocardial ischemia? 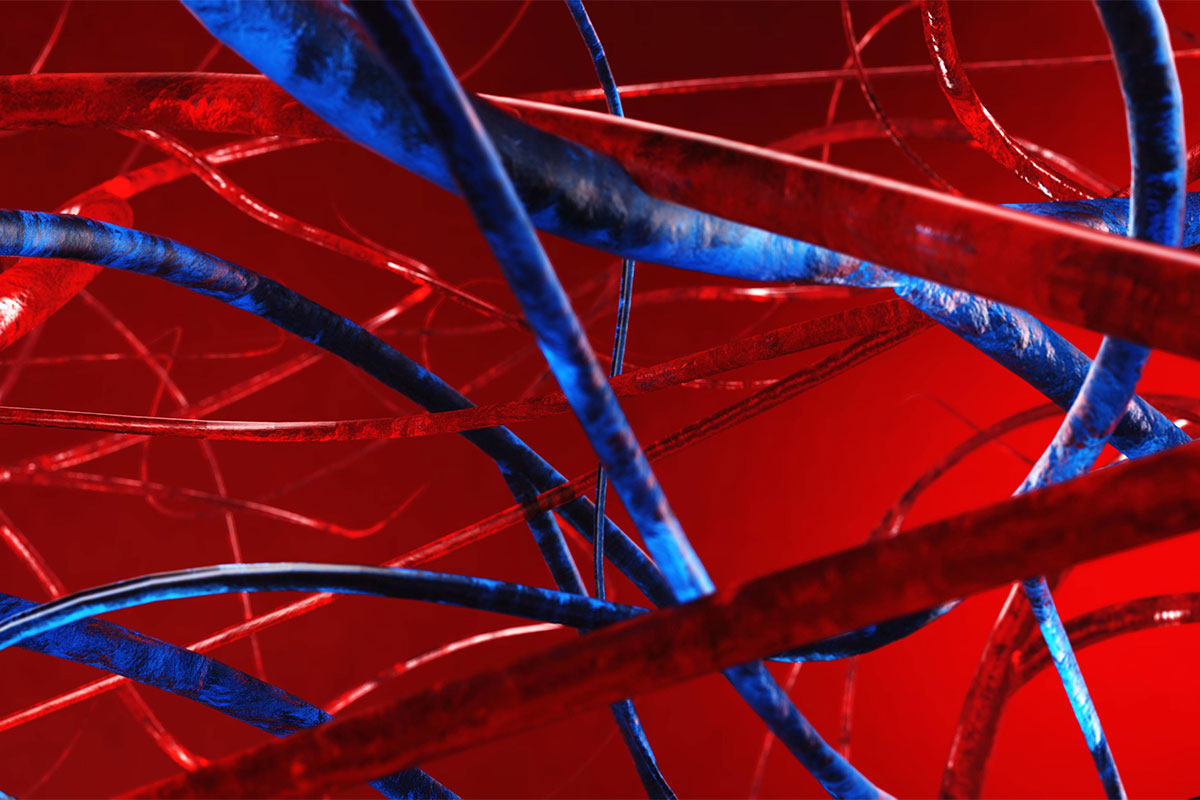 Here are some thoughts. If a stable mid-coronary lesion is present, perhaps the real site of action is all downstream. Can a proximal atherosclerotic plaque affect the distal arterioles that nourish the myocardium? I think it probably does. Even so, if PCI changes the plaque, why does that not change mortality?

Atherosclerotic plaques are foci of intense inflammation. Sometimes that results in plaque rupture and vessel thrombosis, which is different than stable ischemia and angina. PCI is a great solution for that acute pathoanatomy and pathophysiology. But if a plaque is stable, inflammatory cells and molecules still reside within the plaque and likely can be eluted downstream.

One example (of many) is leptin, a proinflammatory and proatherogenic cytokine. Leptin increases the secretion of CCL2 and endothelin-1 by endothelial cells, initiates proliferation and oxidative stress in endothelium, and promotes migration and proliferation of smooth muscle cells. Leptin also facilitates thrombosis by increasing platelet aggregation. Imagine leptin and multiple other inflammatory molecules chronically showering vessels downstream from a proximal plaque. That interaction with the distal vasculature cannot be beneficial.

In addition, a plaque, by its bulk, changes shear forces in the coronary circulation. That can expose sub-endothelial tissue (a powerful platelet attractor) or change the surface characteristics and actual shape of endothelial cells. That results in platelets being intermittently deposited and activated. Activated platelets produce thromboxaneA2, a potent vasoconstrictor. 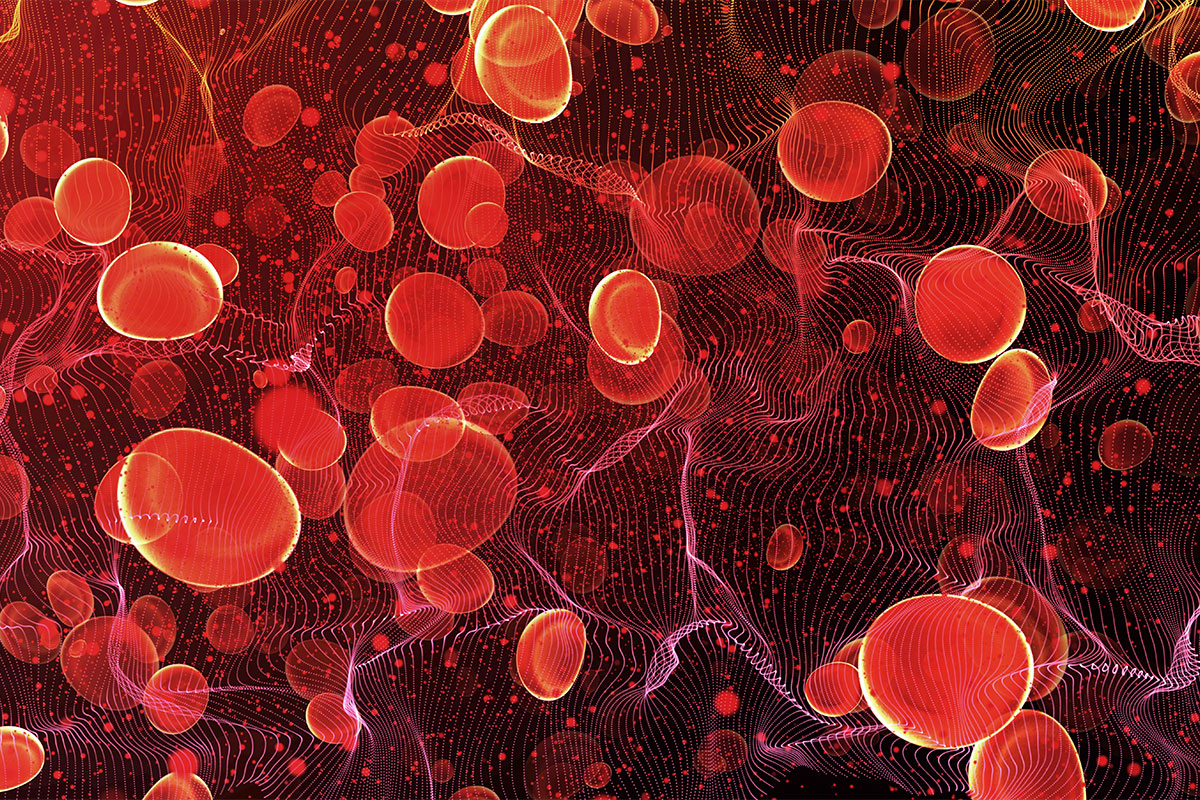 Intermittent platelet aggregation followed by dissolution repetitively over time could make the distal coronary circulation chronically "smaller" in diameter than normal. The result? Chronically ischemic myocardium. PCI does not help that pathophysiology.

Remember that any PCI completely disrupts the endothelial layer over a plaque and the adjacent endothelium. Without anticoagulation and antiplatelets, PCI fails because of platelet deposition, acute vasoconstriction and thrombosis.

We learned that in the early days of angioplasty. Perhaps PCI, even when done with the appropriate precautions, affects the distal coronary circulation far more than we know. The example of acute no-reflow is an indicator. In no-reflow, the angiogram shows blunted outflow of the distal coronary arteries.

Nothing seems to help except perhaps intracoronary vasodilators. What does make things better is waiting for 10 minutes or so. All those vasoactive molecules released downstream from the crushed plaque finally wear themselves out and coronary outflow is restored (hopefully). Even without a no-reflow problem, we may "fix" the stenosis, but all that inflammatory tissue is still right there, sitting outside the stent, still doing its pathophysiological mischief.

The prolonged effects on the distal coronary bed may just be beginning. The result is chronic myocardial ischemia due to distal vessel pathophysiology.

CAD is not a focal disease. Our luminogram techniques of angiography simply do not evaluate how diffuse or severe are the intra-arterial changes of atherosclerotic disease. In the presence of diffuse disease, even FFR measurements can be unreliable. A coronary CTA analysis has shown that for every unit increase in log percent plaque diffuseness, there was a 58% rise in the odds of having an abnormal FFR, independent of stenosis severity.1

Suppose diffuse coronary disease changes the pathophysiology of the arterioles that we cannot see angiographically. Afferent arterioles are already smaller than normal in lumen because of diffuse atherosclerotic infiltrates, and distal, smaller vessels are constantly awash in vasoconstrictors, inflammatory molecules, etc. They no longer can be as vasoactive as they should, or sometimes more so. 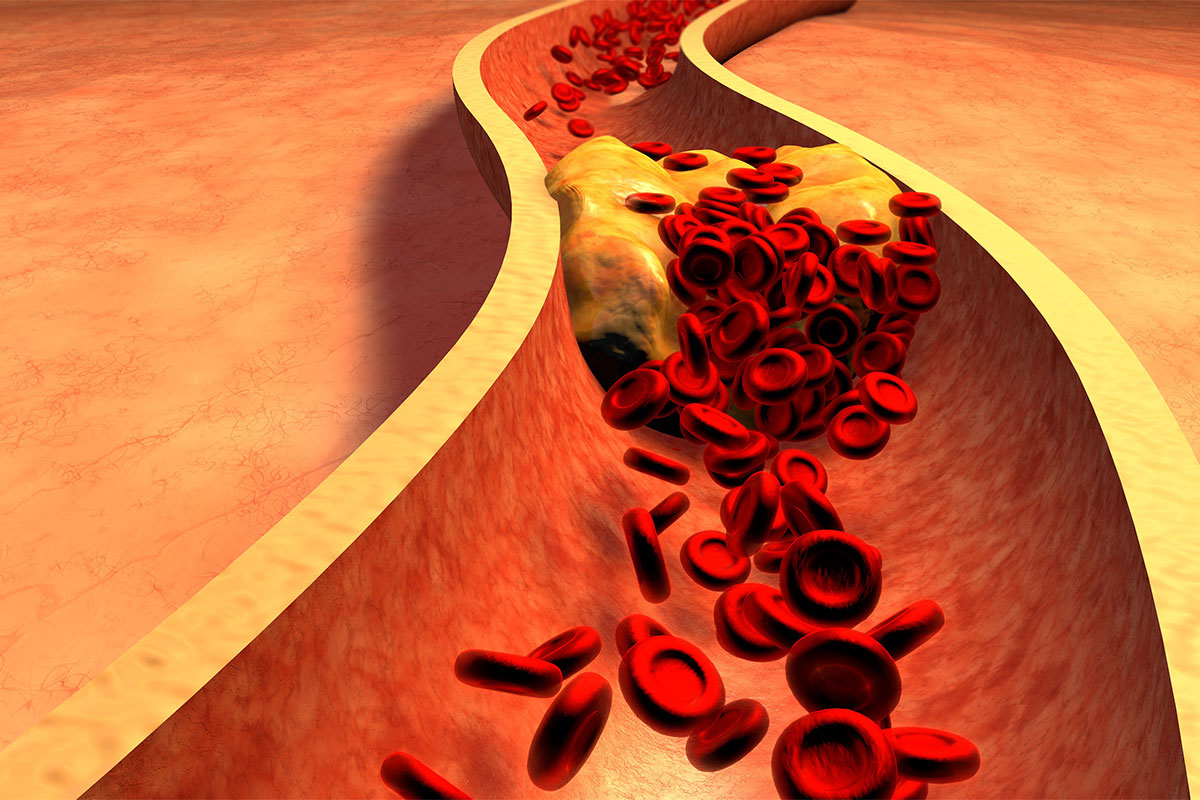 I confess to giving a patient in the cath lab, who had only moderate coronary stenoses, a cigarette and doing a coronary angiogram before and immediately after the first large inhale. When that memorable patient lit up and took a puff the distal coronary bed disappeared with vasoconstriction and reappeared after sublingual nitroglycerine.

It is not difficult to envision chronic myocardial ischemia and production of angina in that scenario. The same thing happens even in the less common setting of what seem to be luminally "normal" coronary arteries such as seen in the CIAO trial patients. I have done the "experiment" much to the astonishment of the nurses and techs.

Think of coronary disease as a "linear" disease that acts focally and diffusely. In addition, CAD secondarily affects vasomotor activity of the distal coronary circulation by chronically releasing multiple vasoactive and atherogenic molecules. PCI does not really do more than increase blood flow to an already abnormal distal circulation.

That might help to relieve angina, but the distal pathophysiology, which ultimately results in mortality, continues. It seems to me to make sense. It also helps to explain a clinical scenario that any cardiologist who cares for patients with CAD has experienced – envision a patient status-post coronary bypass grafting who at operation has an ejection fraction of 45% Five years later, without further clinical infarcts the patient returns with heart failure and an ejection fraction of 25%. All bypass grafts are intact but the myocardium is damaged and fibrotic. The distal vessels must be the culprit.

That helps us to understand the "negative" results of the PCI trials that seem so strange. If we want to affect mortality by doing a PCI of a proximal plaque, we are thinking too locally. 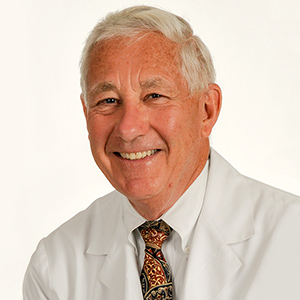