Through the Lens of a Mentee 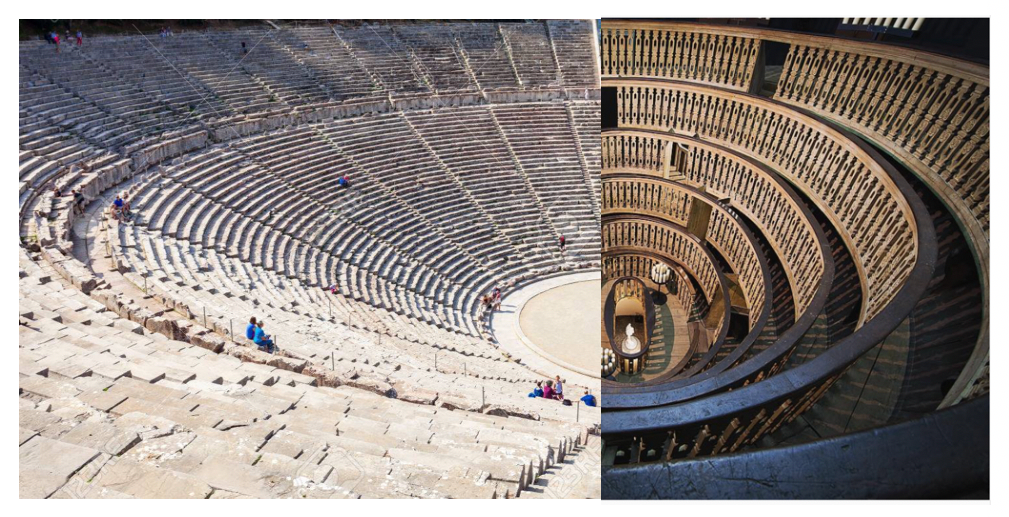 The merged image above shows two elliptical structures made up of a ripple of aisles from top to bottom; they are more than the world's oldest amphitheaters – they are symbolic architectures that, through their rich history, teach us valuable life lessons. On the left is an image of the Ancient Theatre of Epidaurus, the oldest amphitheater dedicated to the ancient Greek God of medicine, Asclepius. Dating from the late 4th century BC, it was designed for spectators to enjoy musical and singing performances, dramatic games and ceremonial medical practices performed to heal patients. Thirty-four rows of limestone seats rise from center-stage; the rows are divided into 34 blocks by stairs and walkways that hold a maximum capacity of 13,000 to 14,000 spectators (Gerkan & Müller-Wiener, 1961).

On the right is an image of Palazzo del Bò's Anatomical Theatre located in Italy at the University of Padua; it is the oldest surviving permanent anatomical amphitheater in the world. Built in 1595, it was designed for medical students to observe their professors dissect human corpses and animal bodies. Eleven meters from the dissection table, seven levels divided by wooden rails allowed up to 300 medical students to have a good view of the dissections (Semenzato, 1994).

Among the many observers who attended events at those amphitheaters were few who sat at the edge of those limestone seats and leaned on those wooden rails. They are better described as people who were usually more than casual observers and often curious to learn from the intriguing and wondrous medical practices by erudite physicians. Looking back to 1509, something peculiar happened to a student who traveled through France and Germany with the sole intent of attending Palazzo del Bò's Anatomical Theatre to witness impressive dissections by a professor of surgery and anatomy. He would later on not only provide the student residence and become his doctoral advisor but would also guide the student to become the first man to correctly describe the human blood circulation system. William Harvey was the student and Girolamo Fabrizi d'Acquapendente his professor, and they first met at the Anatomical Theater of the Palazzo del Bò.

During lecture, Fabrizi demonstrated his discovery of the valves of the veins. Although puzzled about the venous valve mechanism, he taught that their purpose was to prevent overdistention of the vessels when the blood passed from the larger into the smaller veins (a double error) while they were not needed in the arteries because the blood was always in a state of ebb and flow. In theory, it is through Fabrizi's class demonstrations of the existence of vein valves that Harvey became interested in the motions of the heart and blood, subsequently solving Fabrizi's puzzlement by indicating the actual role of veins in the discovery of blood circulation (Power, 1897, p. 25-26).

When we look at Harvey's work, much of it seems to be a continuation and amplification of the work done by Fabrizi. Both men were intensely interested in the phenomena of human development; both wrote about the structure and functions of the skin; both studied the anatomy of the heart, lungs and blood vessels; and both wrote a treatise "de motu locali." After years of studying with Fabrizi and after reading his De Venarum Ostiolis, Harvey would be inspired to write his Exercitatio Anatomica de Motu Cordis et Sanguinis in Animalibus.

Harvey and Fabrizi shared passion and curiosity, and mentorship provided Harvey with valuable knowledge and skills. He was described as a student who "sat assiduously...learning charity, perhaps, as well as anatomy from his master...behaving wonderfully well ...and demonstrating so much skill, memory, and learning that he had far surpassed even the great hopes which his examiners had formed of him" (Power, 1897, p. 24-27). Evidently, Harvey was an engaged and audaciously curious student, who with Fabrizi's mentorship would synergistically contribute to discovering blood circulation, changing the intellectual system and worldview of physiology, disease, and therapy.

As we reflect on these great men, we are taught valuable life lessons that can be applied as we continue our journey in medicine. As students, it is up to us to create a vision of where we want our education to take us. Our success depends on finding good role models because "you can't be what you can't see" and on nurturing a deep desire to perpetually learn. It is a student's curiosity and perpetual desire to learn that transforms them from casual observers to engaged minds. Like Harvey, let us be that curious student who sits "assiduously" in class captivated by the skills and teachings of his role model, Fabrizi. There is no doubt that during our careers, we will find many role models who become mentors that care about our futures, teach us how to be successful, and accompany us to new challenges and experiences. We may be so fortunate that an interventional cardiologist who teaches us about the management of patent foramen ovale in patients with cryptogenic stroke on our first day of cardiology rotation becomes our mentor. When we are presented with a mentor, we must observe them with curiosity and a devotion to learning so that we can formulate the next great medical discovery, or better yet, lead us to the path we have been destined to follow.

This article was inspired by the many role models whom I am fortunate enough to call mentors and who continuously inspire me to reach my goals: Dr. Debabrata Mukherjee, Dr. Hernando Garcia, Dr. David Gough, and Dr. Chandra Ojha. In addition, this article describes and is largely inspired by Dr. Harsha Santheshivara Nagarajarao as the "interventional cardiologist who taught me the management of patent foramen ovale in patients with cryptogenic stroke during my first day of cardiology rotation." Dr. Nagarajarao is someone whose mentorship throughout the past three years has inspired me to pursue a career in academic cardiology with a focus on structural and congenital heart disease intervention. 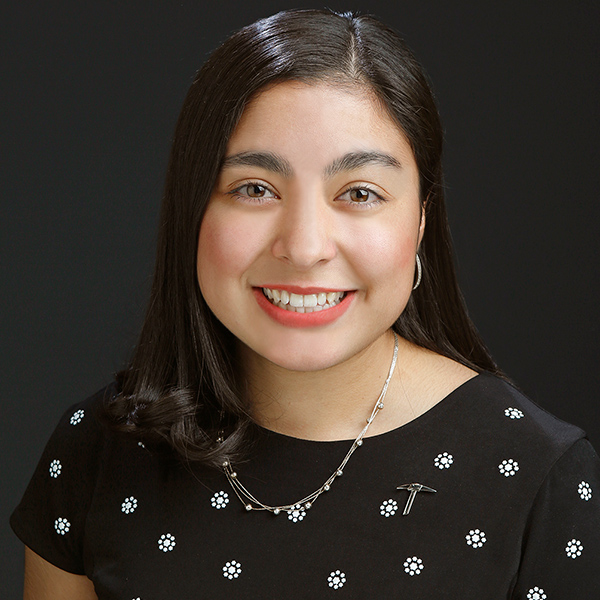 This article was authored by Adriana C. Mares, student at Texas Tech University Health Sciences Center El Paso/University of Texas at El Paso in El Paso, TX. Ms. Mares hopes to pursue a career in academic cardiology with a focus on structural and congenital heart disease intervention, as well as continuing to conduct cardiovascular disease research. (Follow her on Twitter: @AdrianaCMares).

YOU ARE HERE: Home > Membership > Member Sections > Medical Students > News and Perspectives > Through the Lens of a Mentee