Science that will impact practice now, along with guidelines and even the conduct of clinical trials was presented at ACC.19. The Apple Heart Study and the PARTNER 3 and Evolut studies may have captured a fair share of our attention so far, and rightly so. Here's a few more science highlights from ACC.19. Don't miss more coverage of ACC.19 in the Editor's Corner and in this month's For the FITs. 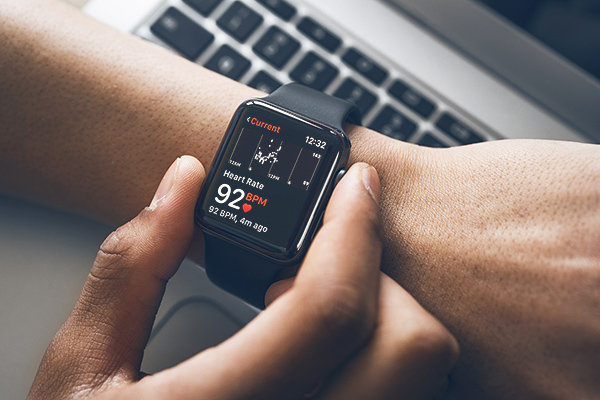 Offering a glimpse at how wearable technology may help flag potential health problems, the Apple Heart Study also represents a paradigm shift for how clinical studies can be conducted. "We don't have to bring people into a brick-and-mortar clinic and give the study intervention," said Mintu Turakhia, MD, MS, who presented the results during the opening Late-Breaking Clinical Trial session.

Indeed, virtual pragmatic trials respond to a need to be flexible in how evidence is generated, noted Sumbul Desai, MD, vice president of Health at Apple, in a panel on digital disruption immediately after the study presentation. She also noted that while the wearable technology could have been released a year ago, the study was conducted to provide actionable knowledge to physicians, patients and users.

Next up is the HEARTLINE study, conducted in collaboration with Johnson & Johnson, which will look at the impact of early detection and diagnosis of atrial fibrillation (AFib) with the Apple Watch on improving outcomes, including myocardial infarction, stroke and death.

What did the Apple Heart Study find? The Apple Watch detected AFib in a small group of people who had received an alert of an irregular heartbeat.

The Apple Watch and corresponding Heart Study app uses photoplethysmography to intermittently measure blood flow activity and detect subtle changes that may indicate an irregular heartbeat. A tachogram is created and analyzed by an algorithm. Detection of five of six repeat tachograms of an irregular pulse within a 48-hour period triggered a notification to be sent via the app. Recipients were prompted to contact the study doctor through the app for a video consultation to determine if they should wear a patch.

Of the 419,297 self-enrolled participants (without AFib, not taking anticoagulants), 2,161 (0.52 percent) received a pulse notification. Of these, ECG patches were sent to 658 participants and 450 were returned and included in the analysis. AFib was identified in 34 percent of those who received a notification and wore the ECG patch.

"AFib can come and go, particularly early in the course of the disease. It's not surprising for it to go undetected in subsequent ECG patch monitoring. So while only 34 percent of people were still having AFib on the ambulatory ECG, that doesn't mean that 66 percent didn't have AFib. It just means that AFib may not have been there at the time," Turakhia said. "These parameters help us understand how we, as clinicians, should think about these notifications." 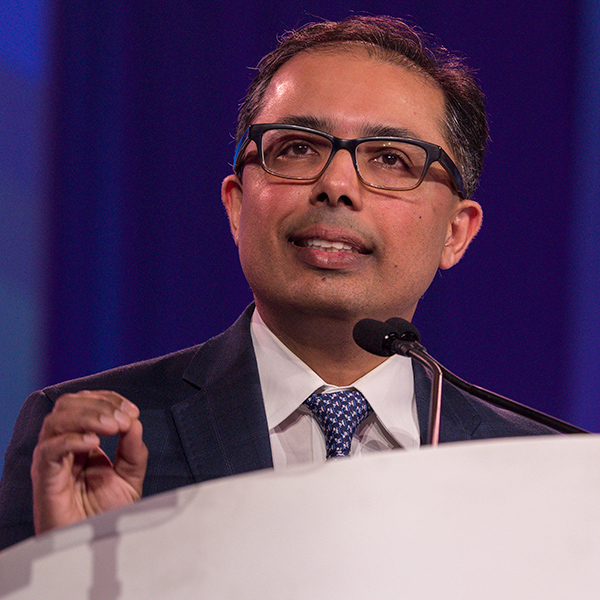 'AFib can come and go, particularly early in the course of the disease. It's not surprising for it to go undetected in subsequent ECG patch monitoring. So while only 34 percent of people were still having AFib on the ambulatory ECG, that doesn't mean that 66 percent didn't have AFib. It just means that AFib may not have been there at the time.
— Mintu Turakhia, MD, MS

The positive predictive value (PPV) for the tachogram was 71 percent and the PPV for notification was 84 percent. About half of participants receiving an irregular pulse notification contacted a study doctor. Subsequent surveys showed that 57 percent of participants who received an alert sought medical care outside of the study regardless of whether they had been seen virtually by a study doctor. "This is encouraging because it tracks with our understanding of AFib as being more common as you get older," Turakhia said, adding the overall study population represented a striking cross section of cardiovascular risk.

The reliance on self-reported data from participants was a limitation of the study, along with the potential for a high number of false positive heart rhythms that could then lead to further unnecessary tests and undue anxiety for patients. Additionally, the target enrollment of 500,000 participants, with 75,000 aged 65 or older, was not reached.

ACC.org Editor-in-Chief Kim A. Eagle, MD, MACC, also noted that while the watch and corresponding app "offers promise," its accuracy is still far short of more traditional and currently used monitoring techniques. "This is just a glimpse of the future, but we have a ways to go," he said. 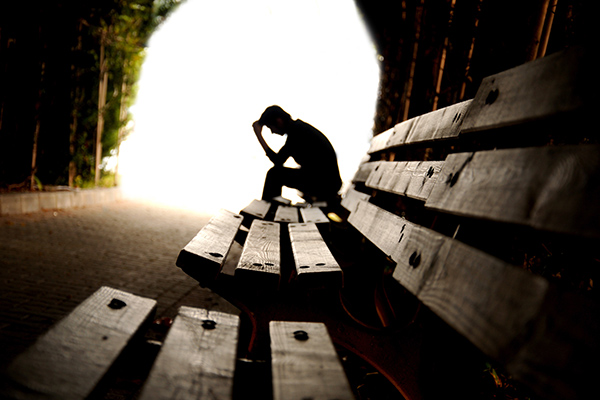 Depression is common in HF – with nearly half (46 percent) of patients recently hospitalized for HF screening positive for depression in the Hopeful Heart study. The NHLBI-funded study also found addressing the depression and systolic HF together using a team approach with nurses trained to provide support improved health-related quality of life (QoL).

Led by Bruce L. Rollman, MD, MPH, et al., the study used the Patient Health Questionnaire-2 (PHQ-2) and PHQ-9, tools recommended by ACC/AHA guidelines to screen cardiac patients, and randomized those who continued to screen positive two weeks after discharge to one of three treatments. A control group consisted of 125 patients who screened negative for depression.

Along with the improvement in health-related QoL at 12 months, (odds ratio [OR], 0.34; p=0.002), there was also improvement in mood symptoms (OR, 0.47; p<0.0001) with blended collaborative care vs. usual care. But, no difference was found in readmissions and mortality within 12 months between the groups.

Rollman noted that patients with depression rate their health status and QoL as being worse than did those patients without depression – even though they had a similar EF and rates of comorbidities. By inclusion criteria, patients had an EF ≤45 percent. They were also medically stable, did not have substance abuse or dementia and were discharged home; mean age was 64 years and a third were women. 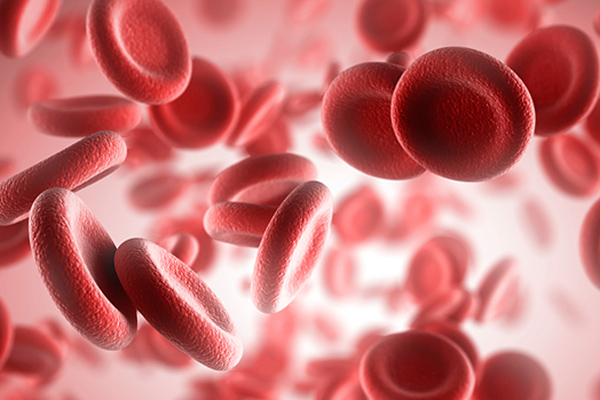 Results from the SMART-CHOICE and STOPDAPT-2 trials suggest a shorter duration of dual antiplatelet therapy followed by P2Y12 monotherapy may provide greater benefit than the currently recommended regimen. In SMART-CHOICE, conducted in Korea in 2,993 patients, three months of DAPT followed by nine months of P2Y12 monotherapy was noninferior to 12 months of DAPT in unselected patients undergoing PCI with a drug-eluting stent.

STOPDAPT-2 also dropped aspirin and found that one month of DAPT followed by clopidogrel monotherapy for 11 months was superior to 12-month DAPT for the composite of cardiovascular death, MI, definite stent thrombosis, stroke or TIMI major/minor bleeding (2.4 percent vs. 3.7 percent). For more on this study, see the Editor's Corner.

While these results shed new light on optimizing duration and drug selection for DAPT, along with other recent trials in this arena, whether outcomes may differ between patients with ACS and stable ischemic heart disease must be determined. 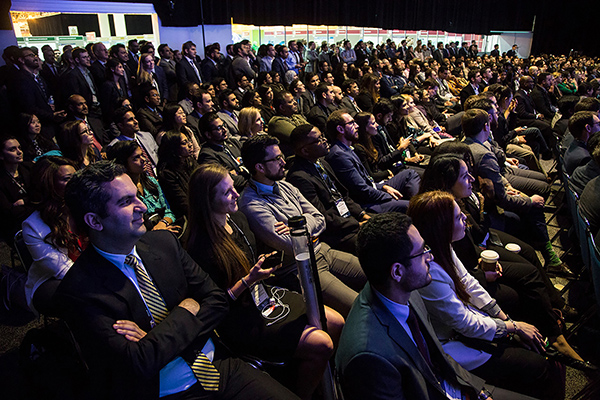 Early discharge and home treatment of patients with acute low-risk pulmonary embolism (PE) was found to be feasible, effective and safe in the Hot-PE study. The results support selection of appropriate PE patients for ambulatory treatment with a direct oral anticoagulant (DOAC), said Stavros Konstantinides, MD, PhD, noting it could help reduce hospital-related complications and make better use of health care resources.

The investigator-led, academically-sponsored European study included patients without right ventricular dysfunction and intracardiac thrombi who were hemodynamically stable. PE was confirmed within 24 hours of hospitalization. Oral rivaroxaban was started in hospital, after limited or no parenteral anticoagulation, and patients discharged within 48 hours of admission. Rivaroxaban dosing was 15 mg twice daily for three weeks, then rivaroxaban once daily 20 mg, or 15 mg in select patients, for at least three months.

At three months, in the intention-to-treat population, three of 525 patients (0.6 percent) had recurrent symptomatic venous thromboembolism or fatal PE. Each event was recurrent PE. Only 12 patients (2.3 percent) were readmitted for suspected recurrent PE or bleeding.

Among 519 patients assessed for safety outcomes, major bleeding occurred in six (1.2 percent), any clinically relevant bleeding in 31 (6.0 percent) and at least one serious adverse event in 58 (11.2 percent).

In patients with AFib and ACS, the AUGUSTUS study found less bleeding and fewer events with apixaban vs. a vitamin K antagonist (VKA) with placebo vs. aspirin. The highest bleeding rates were reported in patients treated with warfarin and aspirin (18.7 percent) and the lowest rates occurred in those taking clopidogrel, apixaban and placebo (7.3 percent). For more on AUGUSTUS, see the Editor's Corner. 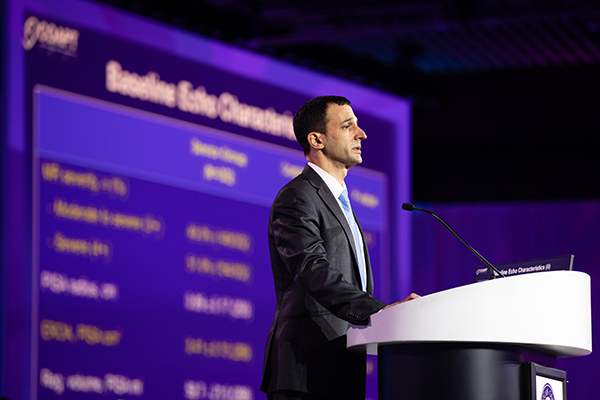 Results from the PARTNER 3 and EVOLUT trials extend the conversation to low-risk patients about the potential for a transcatheter over surgical approach to treat their aortic stenosis.

More results from the COAPT trial presented at ACC.19 showed benefit with transcatheter mitral valve repair (TMVR) in patients with HF and secondary mitral regurgitation for significantly improving health status. Additionally, echocardiography was effective for patient selection for TMVR. "MitraClip was shown to be beneficial in the study population in all subgroups analyzed, regardless of patients' echocardiographic characteristics," said presenter Federico Asch, MD, FACC.