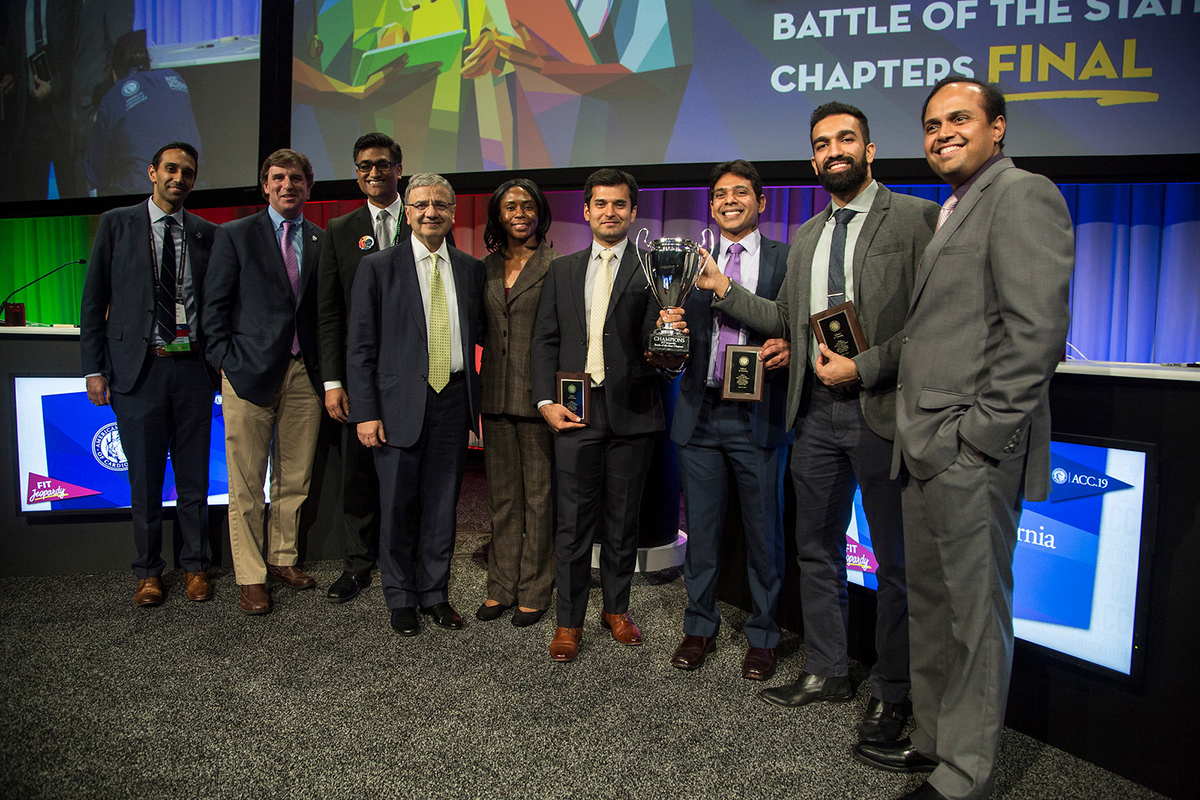 FIT Jeopardy – the now annual competition between ACC chapters held at the Annual Scientific Session – is special to me. But this year's competition at ACC.19 is even more dear to me, because the prizes were donated in honor of my mentor, William A. Zoghbi, MD, MACC. His inspiration and guidance were invaluable as I worked to create the Inter-State and the International Jeopardy competitions.

Merriam-Webster defines a mentor as "a trusted counselor or guide." Zoghbi, and many others, have been this and more for me. They have helped me grow as a leader, a cardiovascular professional as well as a volunteer to our cardiovascular home: the ACC.

At my first ACC Leadership Forum in 2013, Zoghbi, then president of ACC, delivered an inspirational message on courageous decision-making. As I listened, I knew I wanted to serve the College in a similar manner. I emailed Zoghbi to thank him for his inspiration and invite him to deliver his message to our Ohio cardiology trainees. In his kind response, he gave me the first of many nuggets of advice: to be the local ambassador for the College.

His advice was reinforced by Claire S. Duvernoy, MD, FACC. Consequently, I became involved with my local Ohio-ACC State Chapter. Laxmi S. Mehta, MD, FACC, past governor, and Gwen Goldfarb, chapter executive, embraced me into their mentorship. In 2015, an opportunity arose for me to receive formal leadership mentorship through ACC's Leadership Academy. I humbly requested Zoghbi and Dipti Itchhaporia, MD, FACC, past chair of ACC's Board of Governors (BOG), as my leadership mentors.

I shared my vision of creating an ACC Inter-State Jeopardy competition to enhance ACC member engagement with Zoghbi. With his encouragement, this became my Leadership Academy project. Some of the invaluable advice he gave me was to roll out my vision in phases, starting with a domestic launch followed by an international edition.

'In order to create, we have to stand in that space between what we see in the world and what we hope for,' said author Julie Burstein. Similarly, successful mentorship involves seeing what an individual is today, recognizing the potential for greatness and helping the individual attain greatness.

Working with my mentors and a team of volunteers and ACC staff, we successfully launched the inaugural ACC Inter-State FIT Jeopardy competition in 2015! We had 27 chapters from the U.S. and Canada. In 2018, we held the inaugural International FIT Jeopardy with four ACC international chapters. At ACC.19, we hosted 36 chapters for the Inter-State competition – and Virginia won!

Mentoring has played an integral role in the success of this education program. Here are some tips for mentees I've learned from my experience creating the FIT Jeopardy competitions.

Don't be afraid to approach someone for mentorship. I reached out and specifically requested mentorship from Zoghbi. Athena Poppas, MD, FACC, then chair of ACC Scientific Session, graciously listened to multiple renditions of my elevator speech and on each occasion offered words of advice and encouragement.

She connected me with her vice chair and successors Jeffrey T. Kuvin, MD, FACC, and Andrew M. Kates, MD, FACC. They all worked with me to ensure FIT Jeopardy (Inter-State and International) were incorporated into the ACC Scientific Session. Don't get discouraged if a potential mentor is unable to work with you. It may be a blessing in disguise. Jennifer G. Robinson, MD, MPH, became my career mentor after several other faculty were unavailable. She remains actively involved in my career journey.

Diversity of mentors is important.

Here are some examples from my Jeopardy project.

Master clinician educators for content development. For the Jeopardy project to achieve its educational goal, I reached out to Patrick T. O'Gara, MD, MACC, Rick A. Nishimura, MD, MACC, Donna M. Polk, MD, MPH, FACC, and Douglas E. Drachman, MD, FACC, for mentorship on developing education content. It is humbling to me that the Jeopardy competition has achieved designation as a Continuing Medical Education activity.

The ACC recognizes the importance of mentorship and encourages ACC members to create mentor-mentee relationships. The ACC Member Hub is your online interactive community. Join the community. Find a mentor, and let your mentors know you appreciate them. Click here or visit MemberHub.ACC.org to start connecting!

Two training leaders in cardiovascular medicine, Polk and Chittur A. Sivaram, MD, FACC, provided constructive criticism and advice to ensure the quality of the Jeopardy program was acceptable to fellowship program directors.

Goldfarb introduced me to Scott Lilly, MD, FACC, past chair of the ACC FIT Leadership Council, who was enthusiastic about the project. He nominated me to that Council to ensure I had a seat at the right table to make progress.

Michael W. Cullen, MD, FACC, past chair of that Council, provided me with peer-to-peer mentorship. Our successful partnership continues, with the three of us working together to advance the College's mission of greater member engagement.

I remain extremely grateful for his tutelage. When the ACC International Jeopardy initiative hit a potential roadblock in Italy, Kim A. Williams, Sr., MD, MACC, past ACC president, and Paul N. Casale, MD, MPH, FACC, provided mentorship on navigating the cardiovascular societies in Italy. They provided insights that led to the creation of an amicable solution for the ACC Italy Chapter.

Stand on the shoulders of giants.

As a volunteer question writer for the ACC.14 institution-based Jeopardy, I learned firsthand about the intricacies of organizing the competition. Another benefit is that we've become friends and colleagues, and he continues to provide me with career advice beyond the Jeopardy project.

As you have received, give to others. You are a role model for someone. I worked closely with Connie Liu, former ACC staff, on ACC International FIT Jeopardy. She informed me that I was an inspiration to her and she'd decided to quit her job to pursue an MBA degree.

At her request, I wrote a letter of recommendation and was delighted when she was accepted at NYU with a merit scholarship. Housekeeping staff have met with me to discuss their career dreams; one is currently taking steps to return to school and another launched a food truck catering service last year.

Some mentorship relationships may not last forever.

Some relationships may continue for life, while some are specific to certain phases of our career journey. My mentor/career coach, Lori Blauwet, MD, FACC, likens this to driving through a round-about. There are different exits and some people will take the same exit with us and others may take another exit. Some leave and reunite with us later. Close doors gently.

Your mentors are investing invaluable time and energy to help you be successful. They have their own struggles and battles. Let them know you appreciate the mentor-mentee relationship. Most importantly, work hard to repay their trust and confidence.

Appreciation doesn't have to be elaborate. A thank you card, email, text message or tweet will suffice. If an opportunity arises for an elaborate form of appreciation, do it. I'm grateful it was possible to honor Dr. Zoghbi at ACC.19's FIT Jeopardy.

"In order to create, we have to stand in that space between what we see in the world and what we hope for," said author Julie Burstein. Similarly, successful mentorship involves seeing what an individual is today, recognizing the potential for greatness and helping the individual attain greatness. 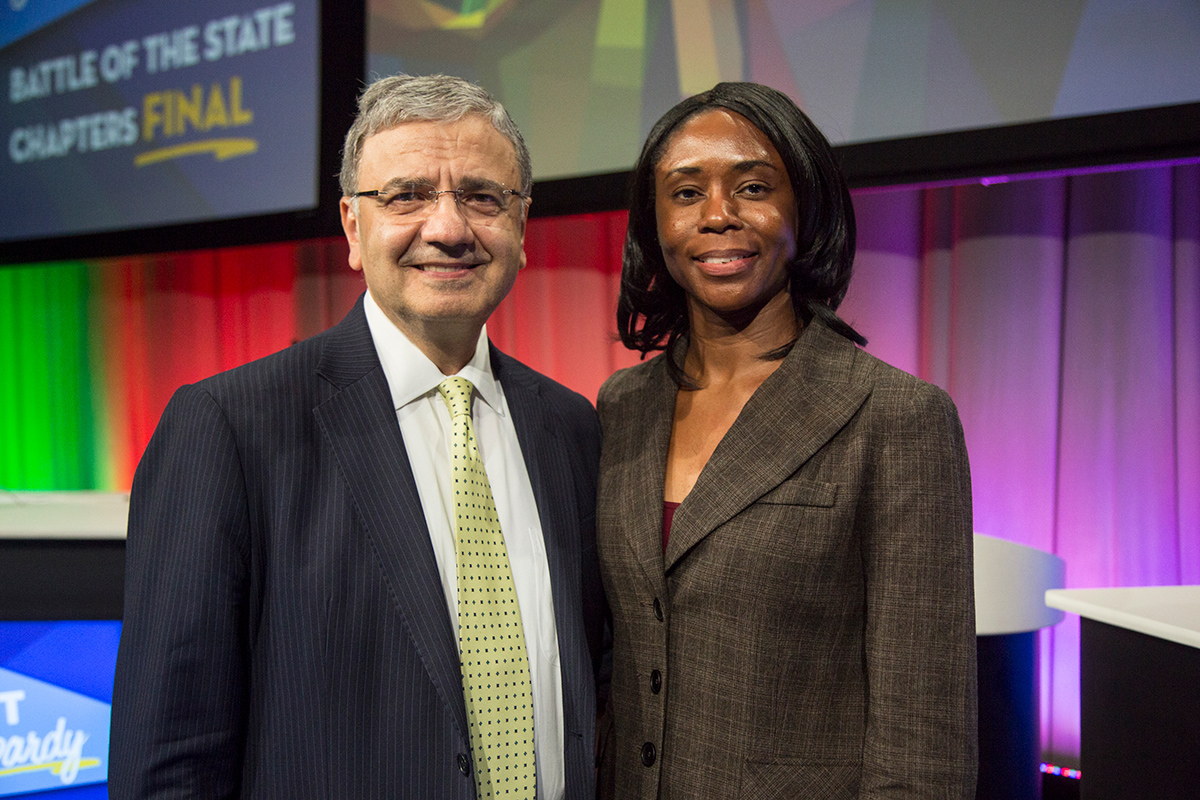 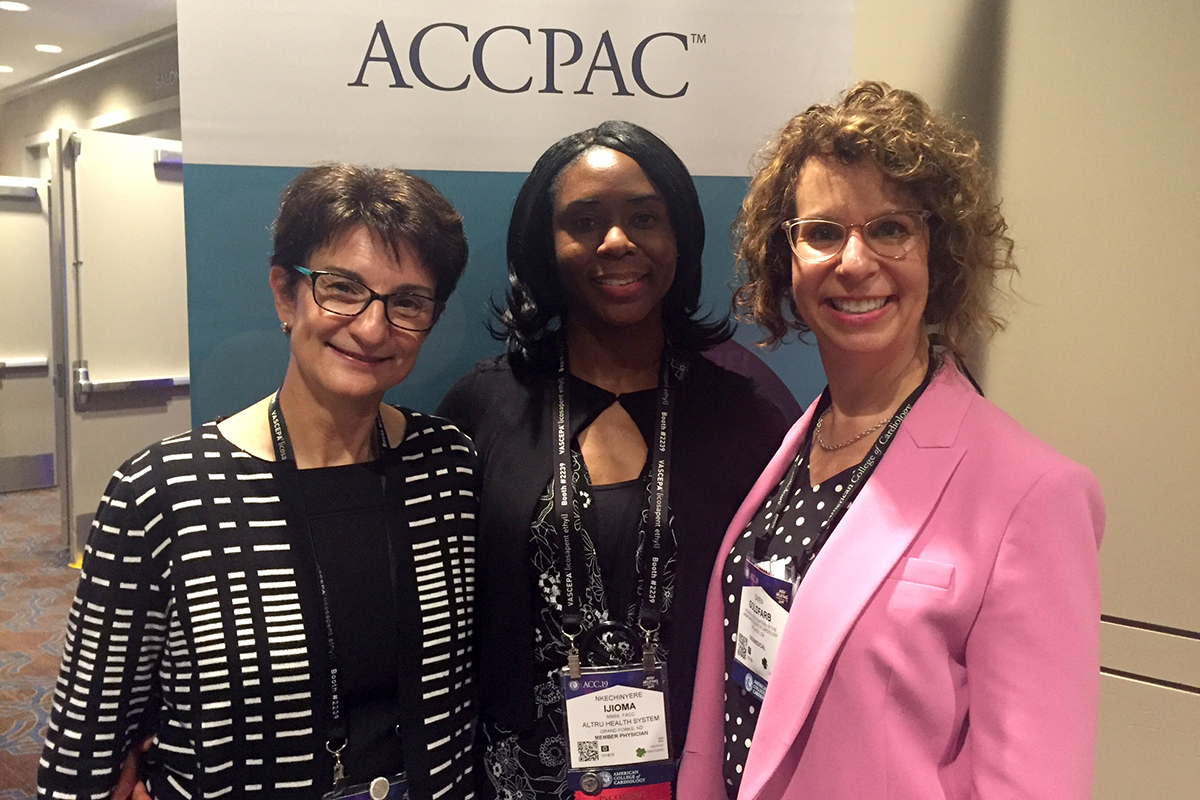 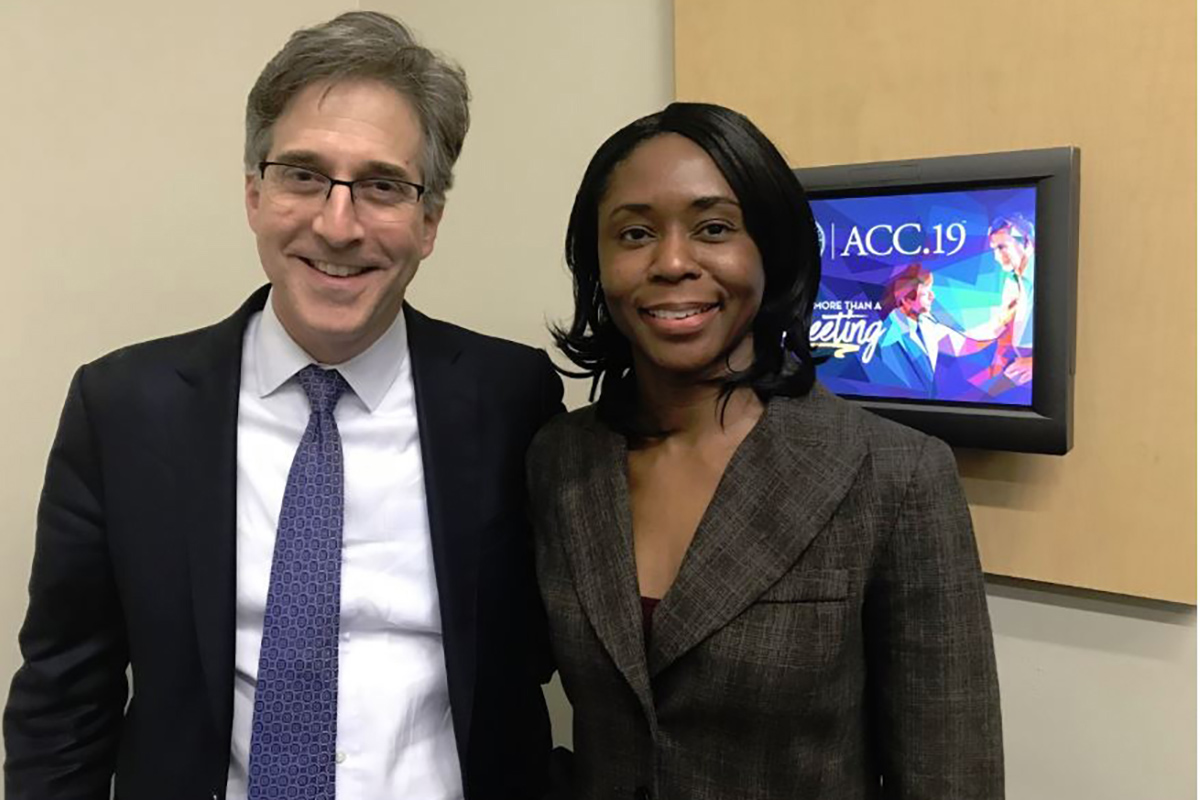 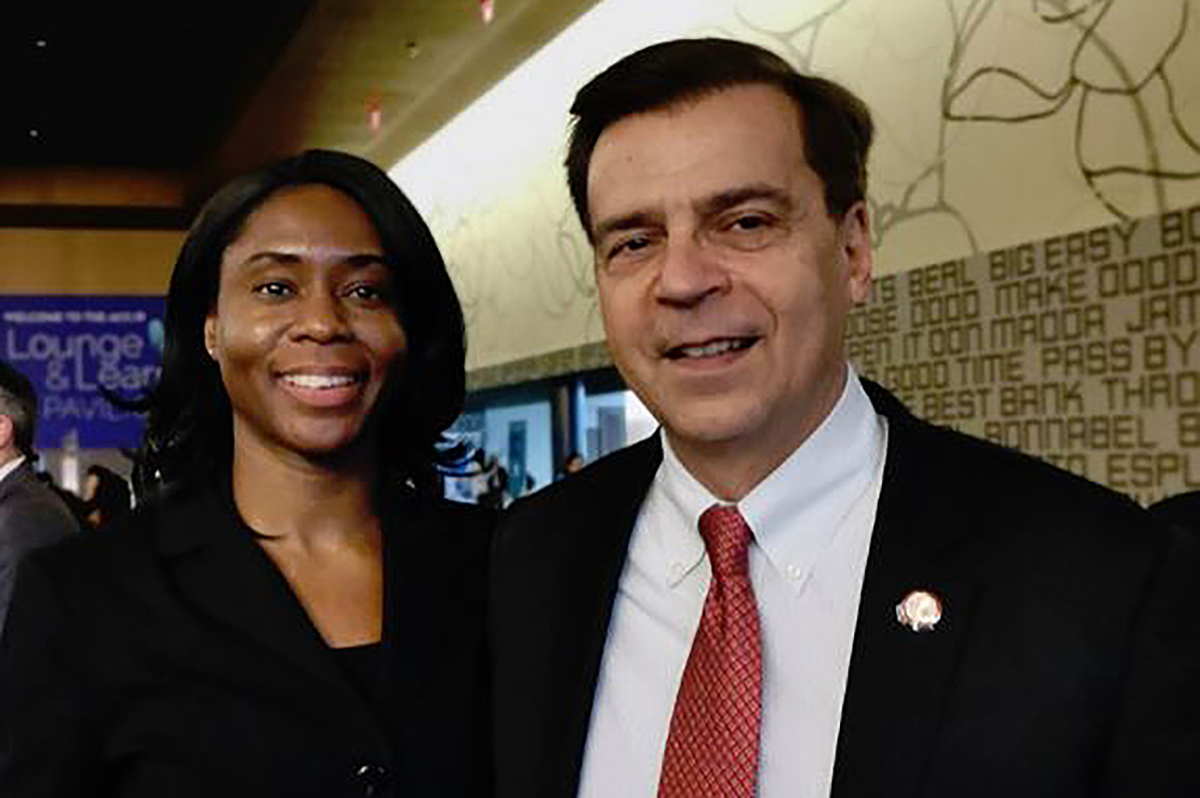 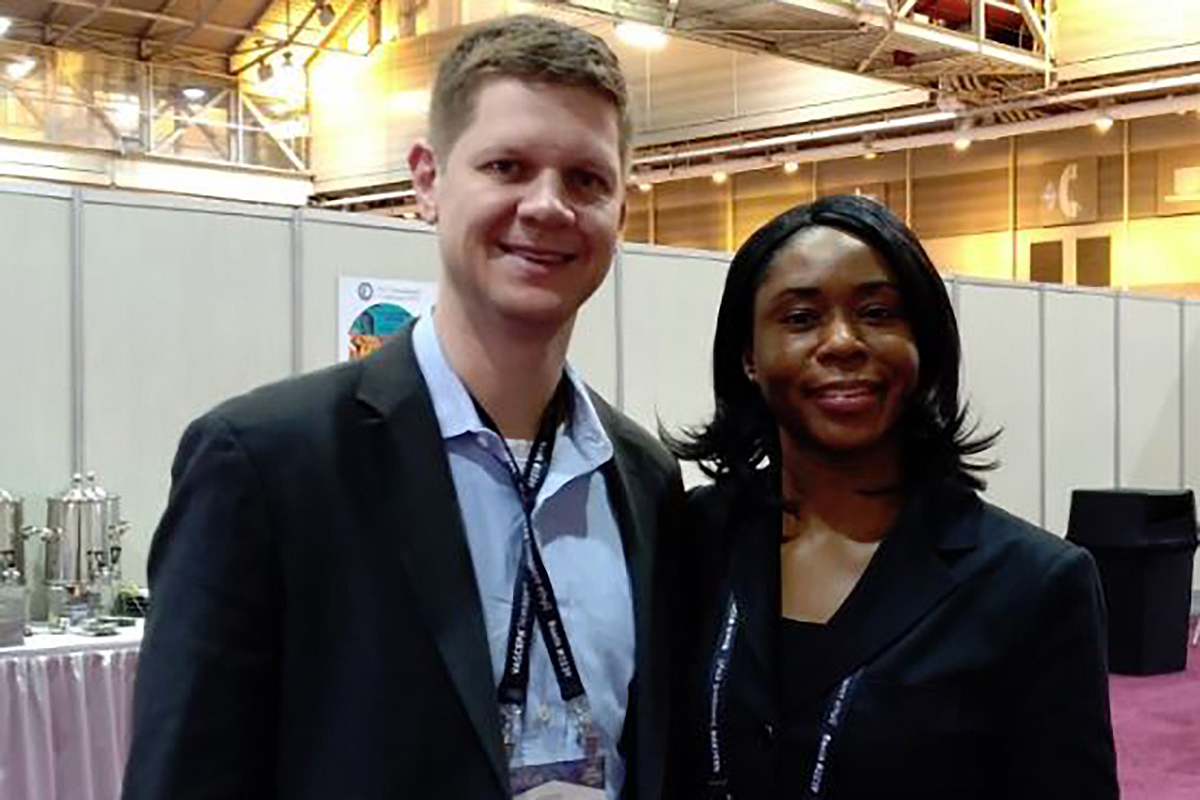 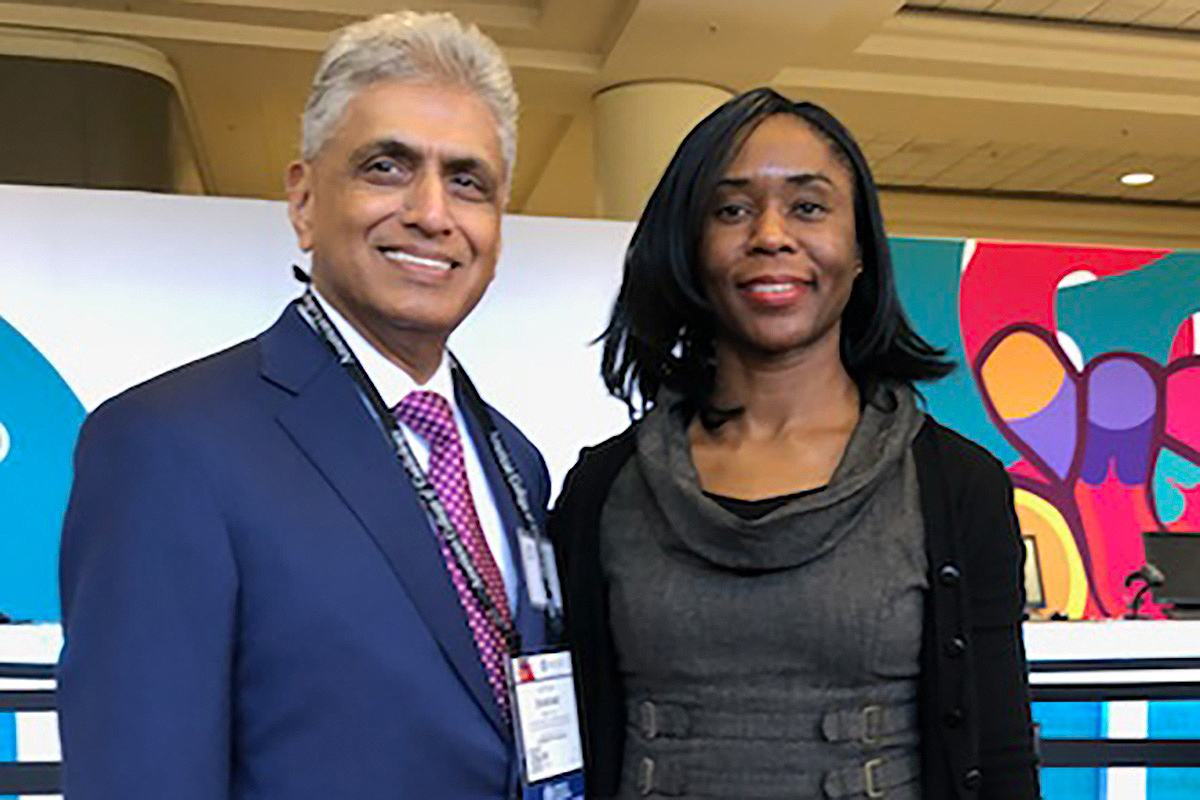 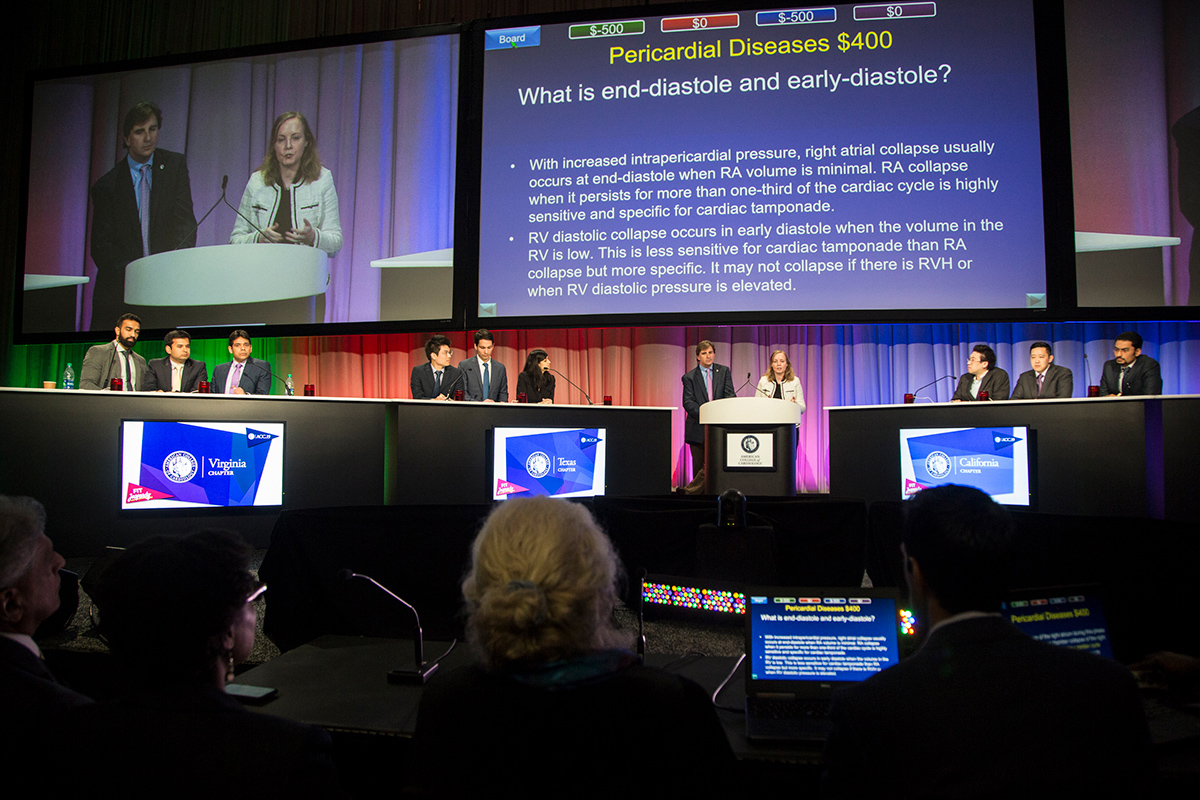 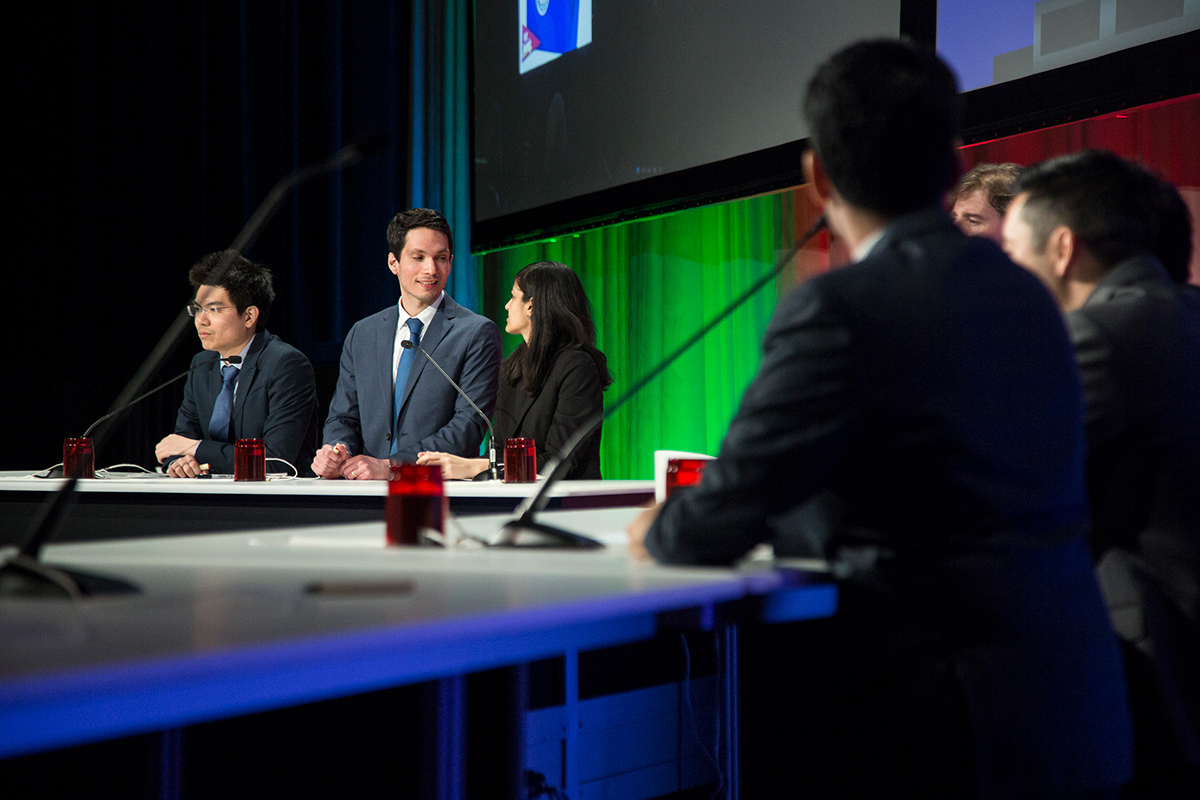 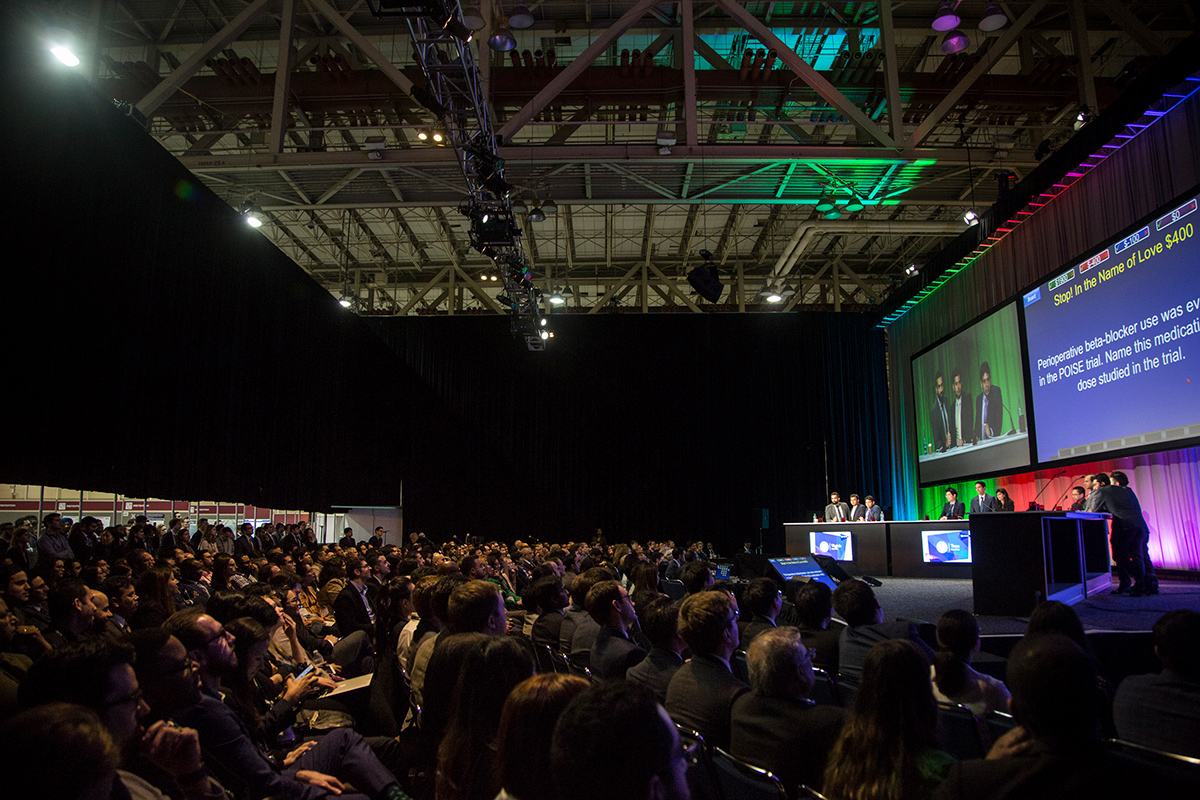 Nkechi Ijioma, MD, FACC, is an interventional cardiologist at Altru Health System in Grand Forks, ND, and clinical assistant professor at the University of North Dakota. She thanks all her career mentors, too numerous to mention, and all ACC staff. A special thanks is extended to Kristin West and Stefan Lefebvre for their work with her on the Jeopardy project.

YOU ARE HERE: Home > Latest in Cardiology > From the Starting Line | Mentorship: Opening Doors, Unlocking Talents