Cardiologist Dedicates Career to Carrying on a Legacy

William C. Roberts, MD, MACC, counts many of cardiology’s most talented physicians among his role models, but his greatest inspiration was a man he hardly knew – his father.

An eminent physician, Stewart Roberts, MD, practiced medicine in Atlanta, GA, and taught at the Emory University School of Medicine. When Roberts was four his father suffered from a heart attack followed by heart failure. After he died in 1941, Roberts got to know his father’s work by discovering and reading his prolific writings on everything from angina pectoris to pellagra. During his time at medical school at Emory University, Roberts collected volumes of his father’s work. “He wrote about 100 papers and was on the original board of the American Heart Journal. His publications and what people would tell me about him were a major inspiration for me.” 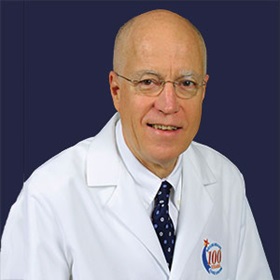 Despite this compelling legacy, Roberts started college as an English major and planned to become a business student. It wasn’t until his junior year that he made the move to medicine. “The best letter of my life was that acceptance to medical school,” he recalls.

After a summer internship at Walter Reed Hospital in Washington, DC, in 1957, Roberts finished medical school at Emory and then interned at Boston City Hospital. He returned to the DC-area in July 1959 to start work at the National Institutes of Health (NIH) in Bethesda, MD, where he would stay for more than 30 years. “I loved NIH, every minute of it,” says Roberts. He started in the anatomic pathology department and moved through the ranks quickly, thanks to several important mentors. “I had always been interested in heart disease so I became the [NIH] cardiac pathologist expert in a month! I didn’t know anything, but I became the go-to guy in that area.”

Roberts studied heart disease for three years, going on rounds with Eugene Braunwald, MD, MACC, every day for most of that time. “Dr. Braunwald is the most efficient human I’ve known, full of common sense, never wastes a minute. He had great influence on me.” Roberts also worked closely with prominent physicians Andrew Glenn Morrow, MD, and Robert Berliner, MD, at NIH. “Dr. Berliner gave me a nice lab, several full-time positions and three fellows, so we were very busy. We published a lot of papers; everyone worked hard and did a lot of night work. But it was all fun.”

While Roberts was at the NIH, the ACC was just a few doors down. “I had a lot of activities at the College,” he recalls, mainly giving talks and teaching courses. Roberts has held a number of leadership positions at the College, including being a member of the Board of Trustees, the Heart House Committee, the Publications Committee, the Long-Range Planning Committee, and more. He was named a Master of the ACC in 2004 and received the Lifetime Achievement award at ACC.16.

Roberts left the NIH in 1993 to head back to Dallas, TX, where he had been an undergraduate 40 years earlier. This time he reported to Baylor University Medical Center, where he continues his work today.

In addition to his medical work, Roberts has carried on his father’s legacy in a number of ways, perhaps most prominently through his extensive writing and editing projects. He has published more than 1,600 articles during his career and has been editor of The American Journal of Cardiology since 1982. In addition, Roberts has conducted hundreds of interviews with cardiologists and cardiovascular surgeons over the years. “I’ve learned a tremendous amount from these interviews. Stuff I wish I’d know when I was 30.”

He is confident the legacy will continue even further through his four children and 11 grandchildren, who he speaks of with tremendous pride and affection. YOU ARE HERE: Home > Latest in Cardiology > Cardiologist Dedicates Career to Carrying on a Legacy