At TCT 2019 the COAPT trial again held center stage. Just to recapitulate: COAPT was a randomized trial of 600 patients with secondary (functional) mitral regurgitation (MR) who were randomized to guideline-directed medical therapy (GDMT) vs. placement of the MitraClip (plus GDMT). The primary endpoint was "all cause hospitalization at 24 months."

The first results of COAPT reported about one year ago showed a striking reduction of the primary endpoint in patients who received the MitraClip. The MitraClip seemed to work – at least for an endpoint that was arguably a tricky one to adjudicate with certainty. Nonetheless the difference in the two groups was great enough to convince us there was merit in MitraClip therapy.

Three-year follow-up of patients in COAPT was presented at TCT 2019. There were also reports on quality of life outcomes and, finally, cost effectiveness. The latter two reports answered yes or no questions:

In both reports at TCT the answer was an unqualified affirmative. In short, quality of life not only improved, with benefit to patients in the MitraClip group sustained over two years of follow-up, but the improvement was measurable as early as 30 days after the procedure. Quality of life is multifactorial, so drilling down into the exact reasons for improvement in the MitraClip group was not attempted. Nonetheless, it was a clear win for MitraClip.

Cost effectiveness boils down to a societal decision. How much is a year of life with better quality actually worth? Society has already tried to define this by giving us an economic measure called the incremental cost-effectiveness ratio (ICER). The lower the ICER score, the more cost-effective the therapy. Overall, the MitraClip costs about $55,600 for quality-adjusted life year gained. That sounds like a large sum, but in fact an ICER score of $55,600 implies that MitraClip provides a positive health economic value. Therapies that have ICER scores lower than $100,000 are generally considered cost-effective.

So much for the easy answers. What does the latest report tell us about what really engages those of us caring for patients with MR and heart failure (HF): Which patients benefit most from the MitraClip? This answer is not so straightforward.

But there was an additional twist in the data that was even more intriguing: 58 patients crossed over (as per protocol) from GDMT to MitraClip at two years. Once "clipped" those crossover patients deviated from the outcomes curve of the GDMT group and joined the improved MitraClip group curve. On the surface that makes sense – interrupt the MR and patients will do better (even if the patient is "clipped" after two years).

But not so quick!

Only 38 percent of patients eligible to cross over to the MitraClip actually crossed over. The number of patients (n=58) is small. Nonetheless they did well, raising the issue of whether waiting for two years of GDMT before implanting the MitraClip is a good strategy.

There is a mortality cost in waiting. In COAPT, among the patients initially randomized to the MitraClip, almost half had died by the end of 36 months. Obviously, they were excluded from the crossover group. One must conclude that patients who crossed over had less morbidity and were better candidates, so-called "survival bias." That explains a lot.

But back to the real question: Who should have a MitraClip? To help answer this, one must go back to the negative European MITRA-FR trial which asked the same question as COAPT. In MITRA-FR there was no significant difference between the two trial groups (the composite primary outcome was all-cause death or unplanned hospitalization for HF at one year).

In COAPT, if patients (or the MR) improved under GDMT they were excluded before randomization. COAPT patients probably had more refractory HF than MITRA-FR patients, and more patients in COAPT were in NYHA class III or IV at one year. COAPT patients had a higher baseline level of N-terminal pro–B-type natriuretic peptide, and a 1.5-times higher annual rate of hospitalization for HF than patients in MITRA-FR. Thus, medically treated patients in MITRA-FR may have done better than in COAPT, closing the gap in endpoints.

Perhaps most importantly, between the two trials there were differences in the degree of MR and left ventricular (LV) dimensions. Procedural differences may also have played a role in outcomes. MR was more severe in COAPT and LV end-diastolic volumes were smaller than in MITRA-FR.

One might say that reducing MR in patients with better LV function would lead to better outcomes in the MitraClip group in COAPT. Anatomic mitral valve criteria for inclusion in COAPT were strict, favoring technical clip placement, and many patients were excluded who may have been included in MITRA-FR.

Where does this leave us in answering our most important question? Remember that the 2017 revised guidelines for treatment of MR do not even mention transcatheter therapy.1

That aside, there are some conclusions that probably make sense to decide which patients may benefit from "clipping." There is a role for the MitraClip in treating patients with HF who have moderately severe (or more) MR. Candidates for the MitraClip should all receive maximum GDMT as the first step. If LV dysfunction is severe, biventricular pacing should be considered as well.

Finally, patients with physiology and symptoms related to their MR rather than solely related to LV dysfunction will probably benefit most from interruption of their MR with the MitraClip. The question of whether the MitraClip should be used "earlier" in patients with MR, before ventricular function deteriorates irreversibly, remains to be answered.

There is a last word of caution. Despite all the positive reports from TCT 2019, remember this: HF and secondary MR are a major, ongoing problem for health care. Secondary MR is mostly a ventricular problem. Even at three years, MitraClip patients in COAPT had a 43 percent mortality and an annual hospitalization rate of HF of 35.5 percent.

Placing a MitraClip and GDMT are only small steps on the journey to understanding how best to deal with secondary MR. Where are our myocardial function basic scientists when we need them the most? 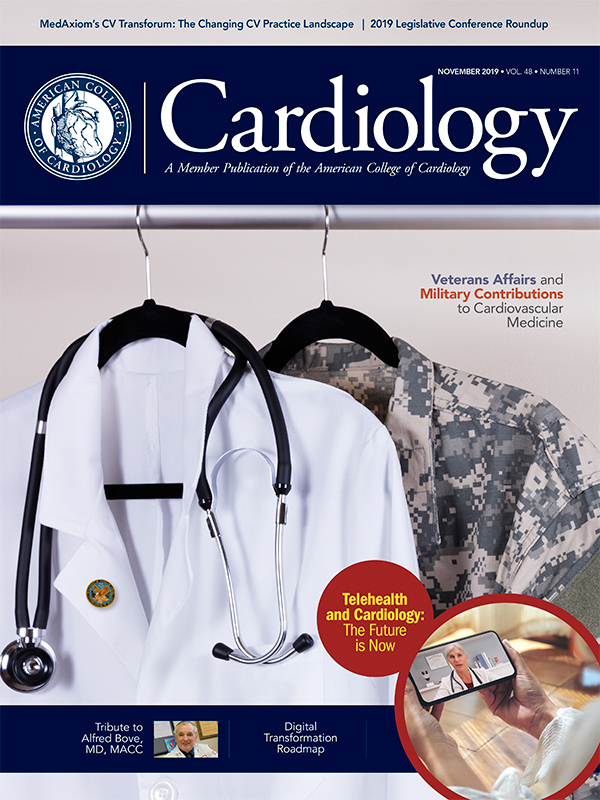 YOU ARE HERE: Home > Latest in Cardiology > Editor's Corner | Getting Clipped: Which Patients Should Get the Transcatheter MitraClip?