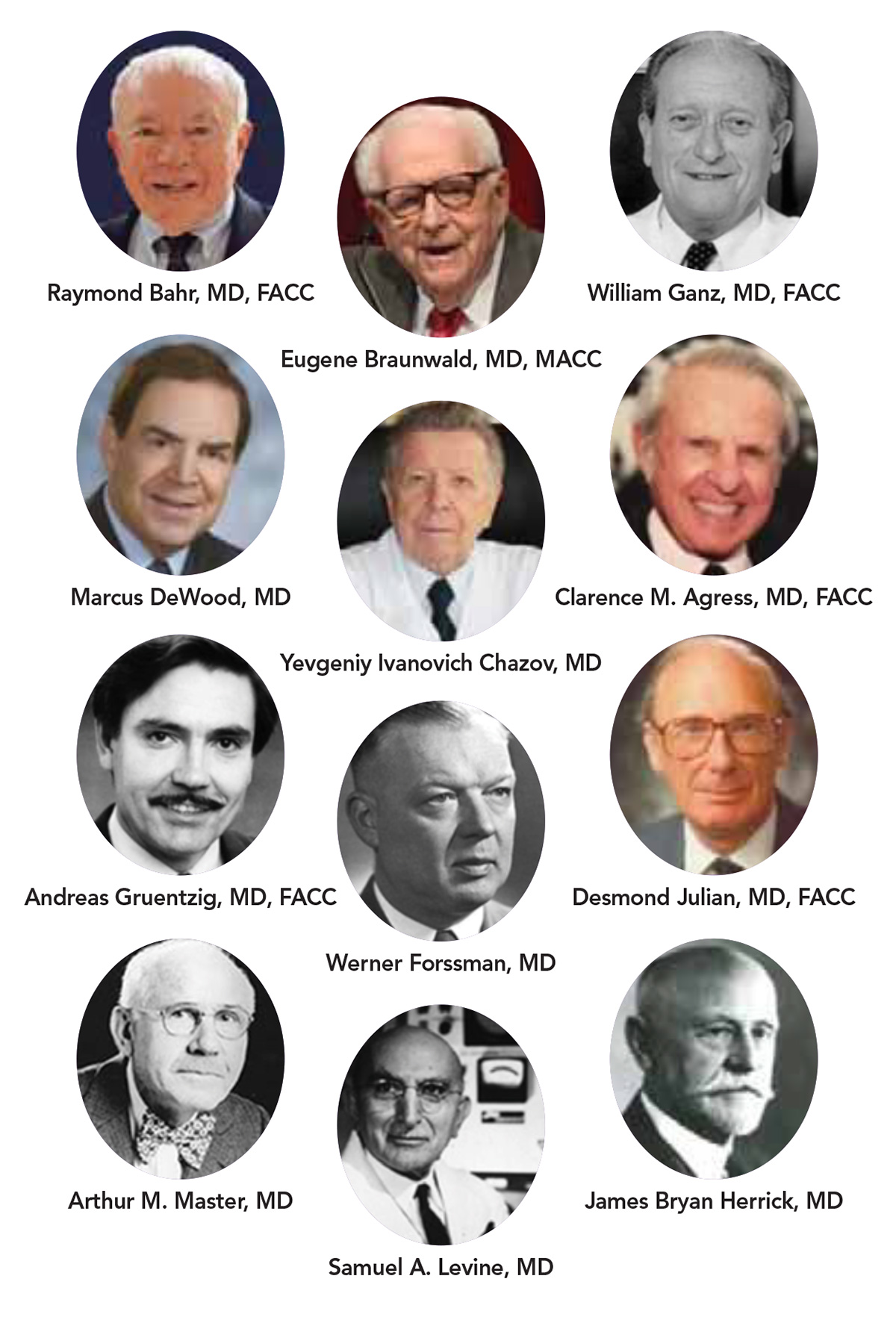 The progress made in understanding the pathobiology of myocardial infarction (MI) and its management is a story of the power of cross-disciplinary collaboration. This month, as we welcome our interventional cardiology colleagues to Cardiology and its expanded scope, we salute the pioneers across the spectrum of cardiovascular professionals who have contributed to this progress. We anticipate continued innovation and knowledge development to optimize cardiovascular care and outcomes in patients with MI, and more, through this broad collaboration.

James Bryan Herrick, MD (1861-1954)
The relationship between coronary thrombosis and an MI was described over a century ago by Herrick in a presentation in 1912 to the Association of American Physicians and a JAMA article. Reporting clinical pathologic findings that coronary thrombosis was not always fatal and could be identified, he linked the clinical, electrocardiographic and pathological findings of MI.

Samuel A. Levine, MD (1891-1966)
Levine's sign, a patient holding a clenched fist over the chest to describe chest pain, is but one of the contributions from this Harvard cardiologist who authored the book Coronary Thrombosis: Its Various Clinical Features in 1929 and Clinical Heart Disease in 1936. He emphasized the frequency of cardiac arrhythmias post MI, which could be diagnosed by auscultation given that cardiac monitoring was not available yet.

Arthur M. Master, MD (1895-1973)
The developer of the Master Two Step, the prototype for today's cardiac stress test, he was one of the first cardiologists to report patients who suffered an MI could make a complete recovery. MI treatment in the 1950s expanded to include inhaled oxygen, sublingual nitroglycerin, subcutaneous atropine, papaverine and anticoagulants including heparin and warfarin.

Desmond Julian, MD, FACC (1926-)
Julian at the Royal Infirmary in Edinburgh, Scotland, was one of the first to describe the concept of the coronary care unit (CCU), in a paper in 1961 in The Lancet. He pioneered closed-chest cardiac massage for cardiac arrest patients and recommended cardiac monitoring for patients presenting with an MI.

The CCU concept soon proliferated, with an article from Morris Wilburne, MD, FACC, in Los Angeles, among others. The deployment of CCU's across the U.S. accelerated after President Lyndon B. Johnson signed legislation that resulted from the work of former ACC President Eliot Corday, MD, MACC. The introduction of CCU's led to a marked reduction, from 30 percent to 15 percent, in early hospital mortality from MI and led to a greater focus on pre-hospital care and reducing the time from symptom onset to assessment and treatment.

Werner Forssman, MD (1904-1979)
Forssman performed the first cardiac catheterization in 1929 – on himself – leading to him winning the Nobel Price for this work, along with André Frédéric Cournand, MD, and Dickinson Woodruff Richards Jr., MD. This first invasive work was followed by the first coronary angiogram, in 1958, by F. Mason Sones Jr., MD, FACC. The field of interventional cardiology was established in 1977 when Andreas Gruentzig, MD, FACC, performed the first percutaneous coronary angioplasty.

Marcus DeWood, MD
In 1980, DeWood demonstrated that most MI patients had total occlusion from coronary thrombosis of the infarct-related artery in the first few hours after the infarction. This led to renewed interest in thrombolytic therapy for acute MI, with much of the early work led by William Ganz, MD, FACC, at Cedars-Sinai in Los Angeles and Klaus Peter Rentrop, MD, FACC, at Mount Sinai in New York.

Emergent surgical revascularization was used for patients presenting with acute MI, until the PAMI trial in 1997 confirmed the feasibility of stenting and led to the use of primary angioplasty.

Raymond Bahr, MD, FACC
Bahr further pioneered the pre-hospital management of MI, based on the early observations of Master and Simon Dack, MD, MACC, past ACC president and founder of the Journal of the American College of Cardiology. Click here to read more about Bahr's work to create the Early Attack Care program, which is now part of the community outreach required of accredited Chest Pain Centers by ACC Accreditation Services. 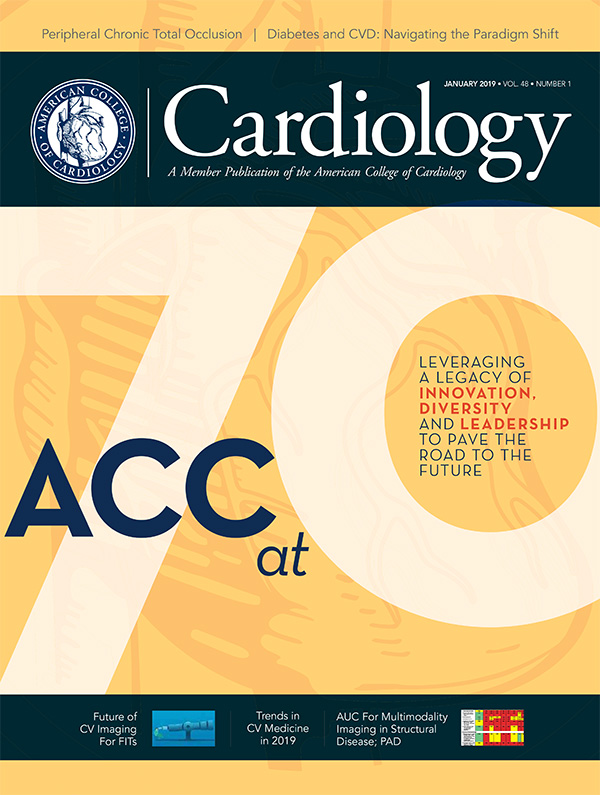