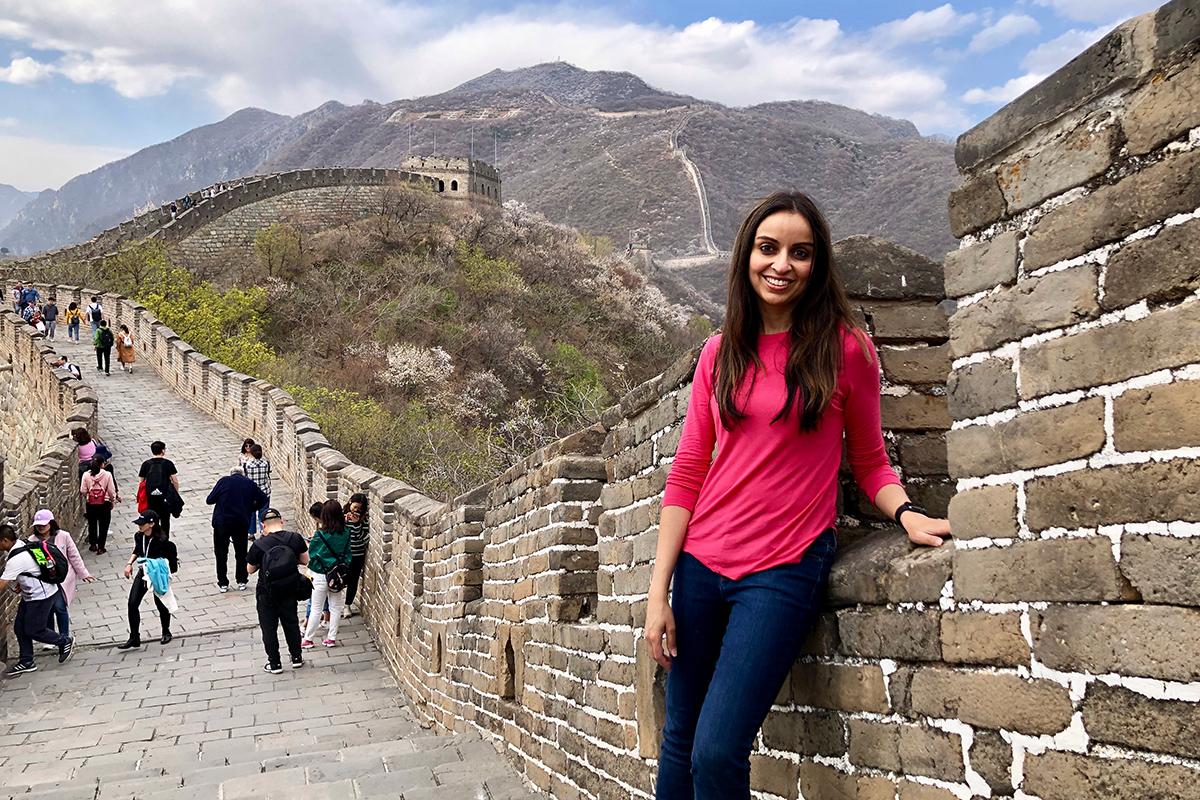 I'd never been to China. There was something utterly romantic about the idea of flying thousands of miles and breaking down all cultural, religious, political and language barriers to redefine cardiovascular care delivery halfway across the world.

I was greeted by the scorching heat of the Shanghai sun. I immediately realized that obesity as it exists in the U.S. is not an issue; but smoking, especially among youth, is. An estimated 350 million Chinese smoke. The government rarely enforces tobacco control legislation outside the big cities, making the smoking cessation burden fall on Chinese physicians, many of whom smoke.

In my conversations with the locals, sometimes with the help of Google Translate and sometimes with animated body gestures, I quickly learned about the long working hours of the Chinese. And that we've easily taken for granted our relatively comfortable lives in America.

The story of the factory workers is particularly striking. In many of the factories, workers leave their families and lives in rural China to move to the dormitories of the company. They live there indefinitely, thousands of miles away from their homes, and work up to 14 hours a day.

What is the Best of ACC?

Now in its sixth year, the Best of ACC program provides clinicians across China with a unique opportunity to discuss late-breaking science from the ACC's Annual Scientiﬁc Session directly with some of the College's most prominent member experts.

The program started as a webinar broadcasted from the U.S. after the Annual Scientiﬁc Session. It's now evolved into a much larger and more intimate program with ACC faculty visiting Chinese hospitals to engage face-to-face with local providers on the newest developments in cardio-vascular medicine and how they impact practice.

In 2019, staff in more than 90 hospitals across China, in communities ranging from China's global gateways such as Beijing and Shanghai to far less developed provinces in the south and west, beneﬁted from interaction with 10 ACC faculty who traveled on separate itineraries over a six-week period. Students and early career professionals are a speciﬁc focus of the program.

The ACC thanks Bayer Pharmaceuticals for its support of this international education program.

China has the largest manufacturing workforce (112 million workers) whose average wage is $1.75 an hour and holds an important position as the world's largest economy and biggest exporter. I couldn't help but pause to reflect on the emotional and physical hardship and the immense poverty suffered by so many people in China.

When thinking about health care delivery, I learned barriers to medical care exist everywhere and certainly could not be easy to surmount.

As one example, it isn't as easy to travel to an appointment as it is in the U.S. To drive a car, one must have a permit that's issued by the government (to ease road congestion). But, the number of permits are limited, and the permit limits where a person can drive (e.g., within a specific province), as well as the days and time of day. If a person needs to seek medical care in a province outside the permitted province or at a time or day that's not permitted, challenges arise to get to the appointment.

Google is not a permitted website, and neither is Facebook, Twitter or Amazon among dozens of others. Sure, there are Chinese alternatives for some of these sites; however, a patient's ability to interact with colleagues, friends, family and with medical information is significantly restricted in China.

Additionally, like any other country, the gap between the rich and the poor is wide. I saw my first-ever group of three matching pink Teslas, parked outside a quiet upscale hotel in Shanghai. I soon realized they were owned by the same family, one for each teenager. 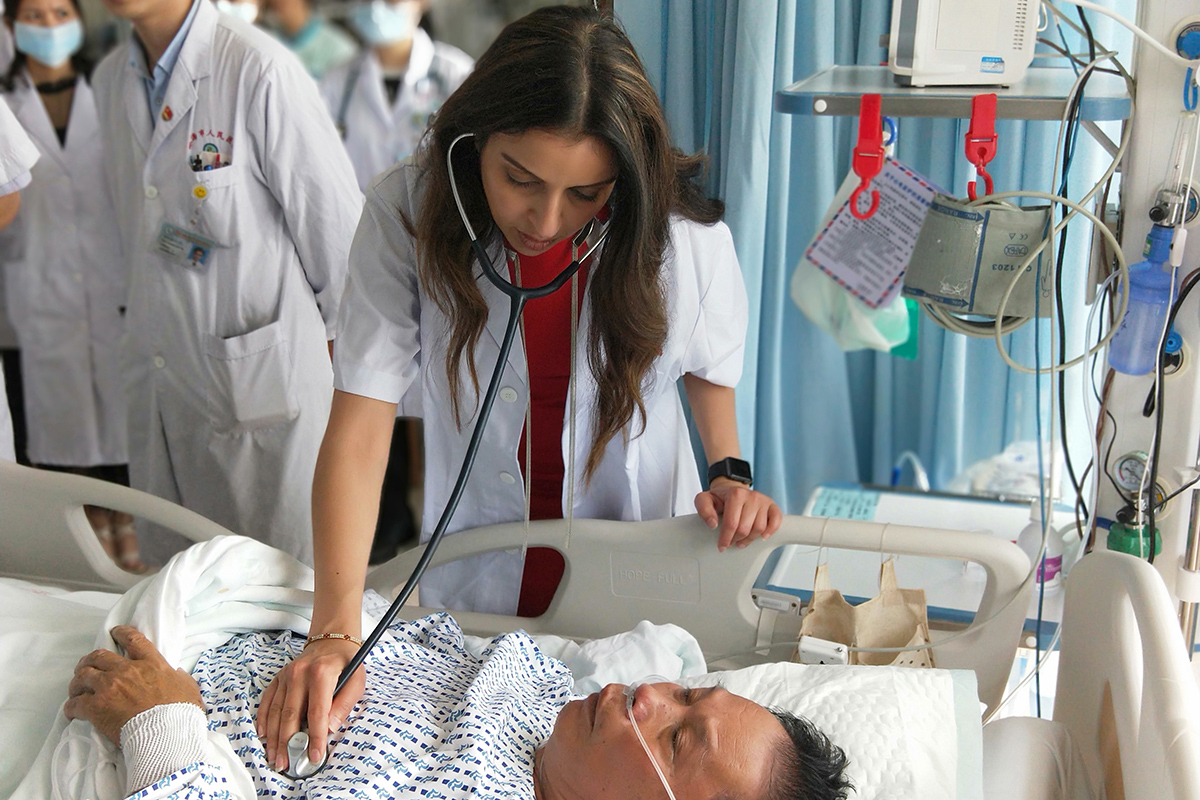 The money gap that's so prevalent in the design of Chinese hospitals and the practice of medicine among these hospitals struck a deep chord in me. The quality of the hospitals varied widely and so did the training, expertise and health care costs.

Residents of urban areas are not provided with free health insurance and either had to pay for health care directly or purchase costly medical insurance. I learned that although about 95 percent of the population has the basic medical insurance, many of the costs, especially for chronic illnesses, are not routinely covered under this insurance.

My trip started at a military hospital in Shanghai. The lobby was crowded with dozens of kiosks and long lines of patients in front of each kiosk. The ACC liaison traveling with me shared that patients were often required to use these kiosks to self-diagnose their condition, choose a specialist and pre-pay for services before obtaining an appointment with the provider.

So, a patient with leg pain would have to decide whether to see an orthopedist, hematologist or a rheumatologist depending on what he or she felt was most likely the cause of the pain, without the readily available assistance of trained medical triage personnel. It seems the primary care system was significantly less well coordinated compared with a hospital in the U.S.

At one very upscale hospital on the southernmost tip of mainland China, in a gorgeous beachfront community, I went on rounds with the hospital doctors before my lecture. Here, I learned that drugs such as ticagrelor, sacubitril/valsartan and ivabradine were rarely used – because the providers lacked the knowledge and education to use them.

Even at this upscale hospital, there was extremely limited availability of nuclear perfusion testing; it was seldomly used in clinical decision-making due to a lack of isotope availability. 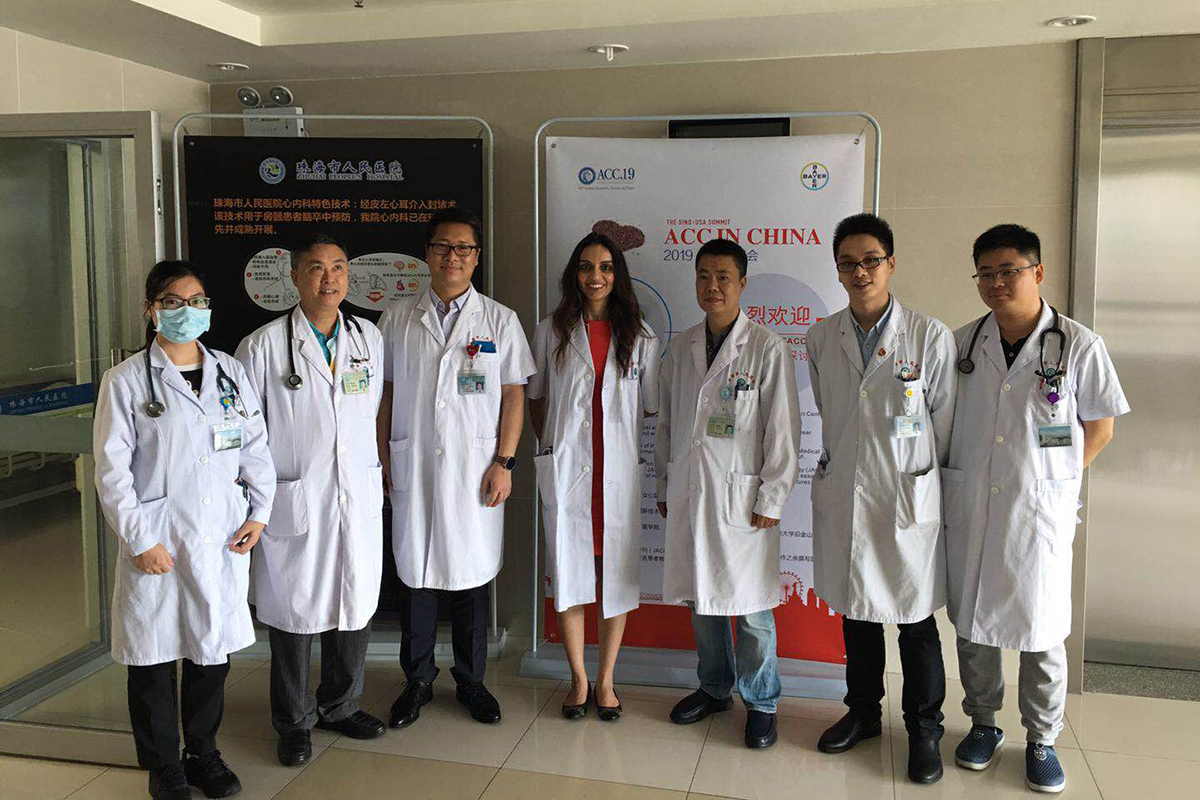 Notably, the implant rate for their left atrial appendage occluder (the Chinese equivalent of the Watchman device) was very high, because many patients from rural China with atrial fibrillation could only come for a single medical visit once a year. They could not afford direct oral anticoagulants or follow-up visits. Often, repeat imaging after the appendage occluder was implanted was never performed.

I listened in awe as the young Chinese residents and doctors described to me how they sometimes saw almost 100 patients in a single day. I realized this may seriously impede their capacity to embrace the tenets of our ACC/AHA primary prevention guideline, with smoking cessation counseling, risk stratification and proactive preventive medical care during visits.

My heart nearly stopped when I heard that three of the 10 largest hospitals in the world were housed in China, ranging from 2,500-10,000 beds each.

I found the clash of the Eastern and Western cultures to be fascinating – all Chinese doctors were required to train in both Eastern and Western medicine and many of them applied principles from both types of medical training to the comprehensive care of their patients.

Many patients were given a cocktail of medical prescriptions as well as Chinese herbs and medicinal teas to take on discharge.

What I was perhaps struck by the most was the universally grateful patients. As much as I love the patients in my practice, some are challenging. In China, I never experienced this with even a single patient.

Even when the hospital was out of shared rooms and patient stretchers lined the halls or when the doctor had under two minutes of face-to-face time with the patient, physicians were universally revered and respected. 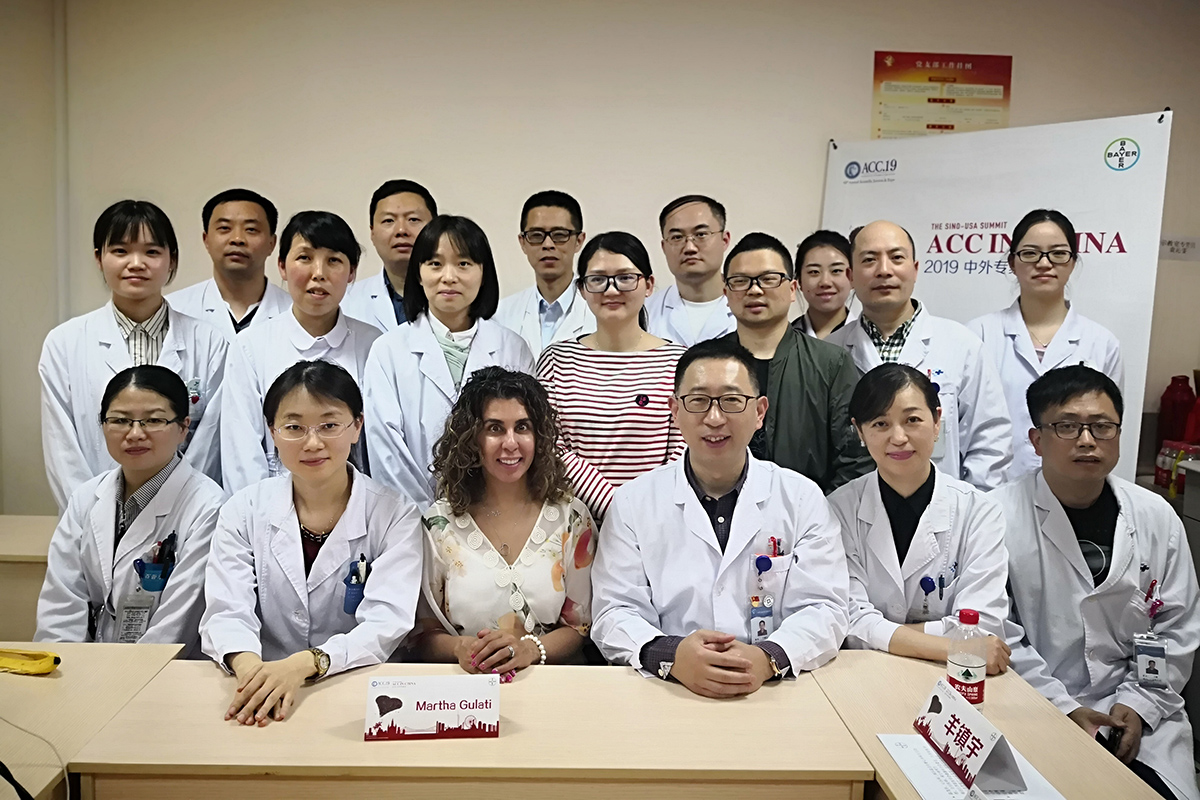 Best of ACC in China participants pictured with Martha Gulati, MD, MS, FACC.
Click the image above for a larger view.

The ACC never ceases to amaze me! It's tireless efforts to improve the delivery of cardiovascular care crosses our borders and truly crosses all barriers.

I learned the Best of ACC in China program not only deconstructed geographic barriers, but created an international environment for teaching, collaboration and mentoring.

I shared with Chinese medical providers not only the just-published ACC/AHA prevention guideline and the highlights of the ACC Scientific Session, but also how to become more engaged with the ACC and its members.

Whether it was encouraging submission of research to the two newest journals JACC: Case Reports and JACC: CardioOncology or joining an international chapter or attending ACC.20/World Congress of Cardiology in Chicago in March 2020, this ACC program truly had a great impact.

From young Chinese physicians to the top thought leaders in China (through the ACC in China Summit and the ACC in China City Talk), the Best of ACC program reached a wide range of physician providers in a diverse set of locations (urban and rural) and practice settings (public and private hospitals).

As a representative of my practice, the ACC and the U.S., I recognize the lasting effects of my short visit extend beyond just the one hour lectures I gave. And, conversely, I'm humbled to learn so much about life and the practice of medicine in that part of the world. Their impact on me and my practice has also been substantial. 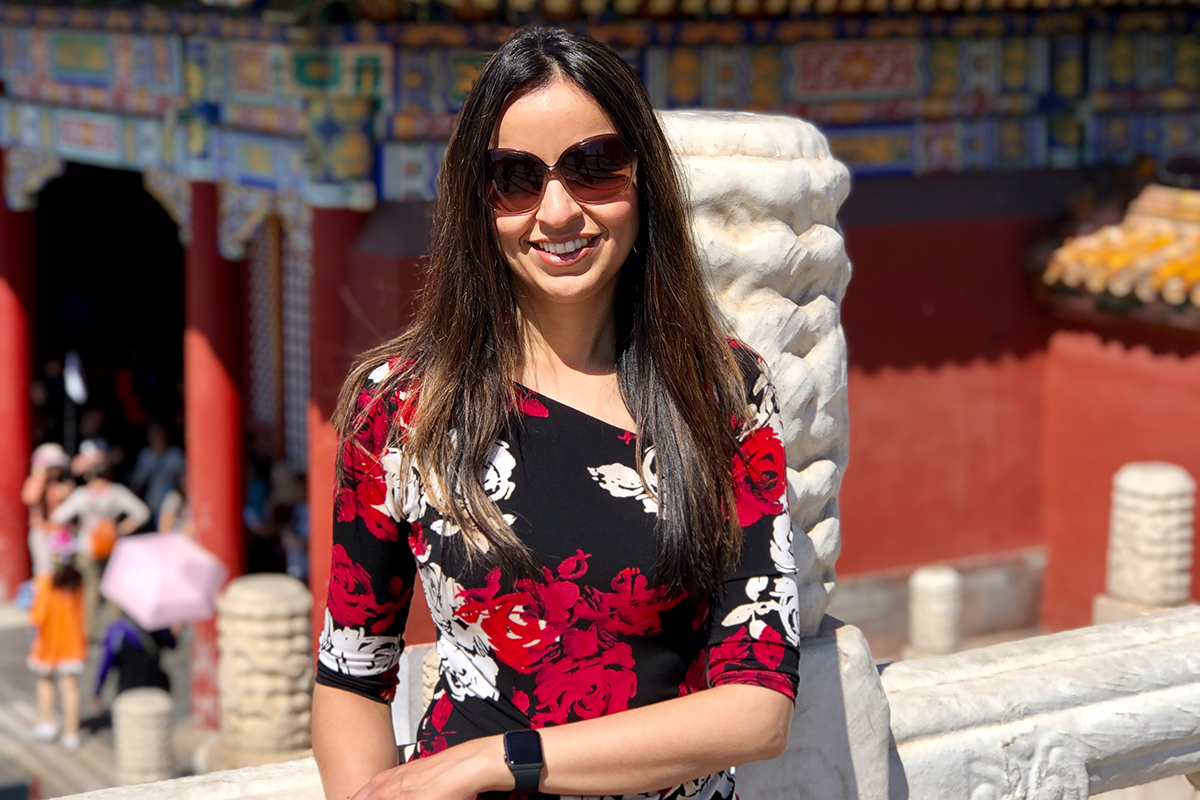 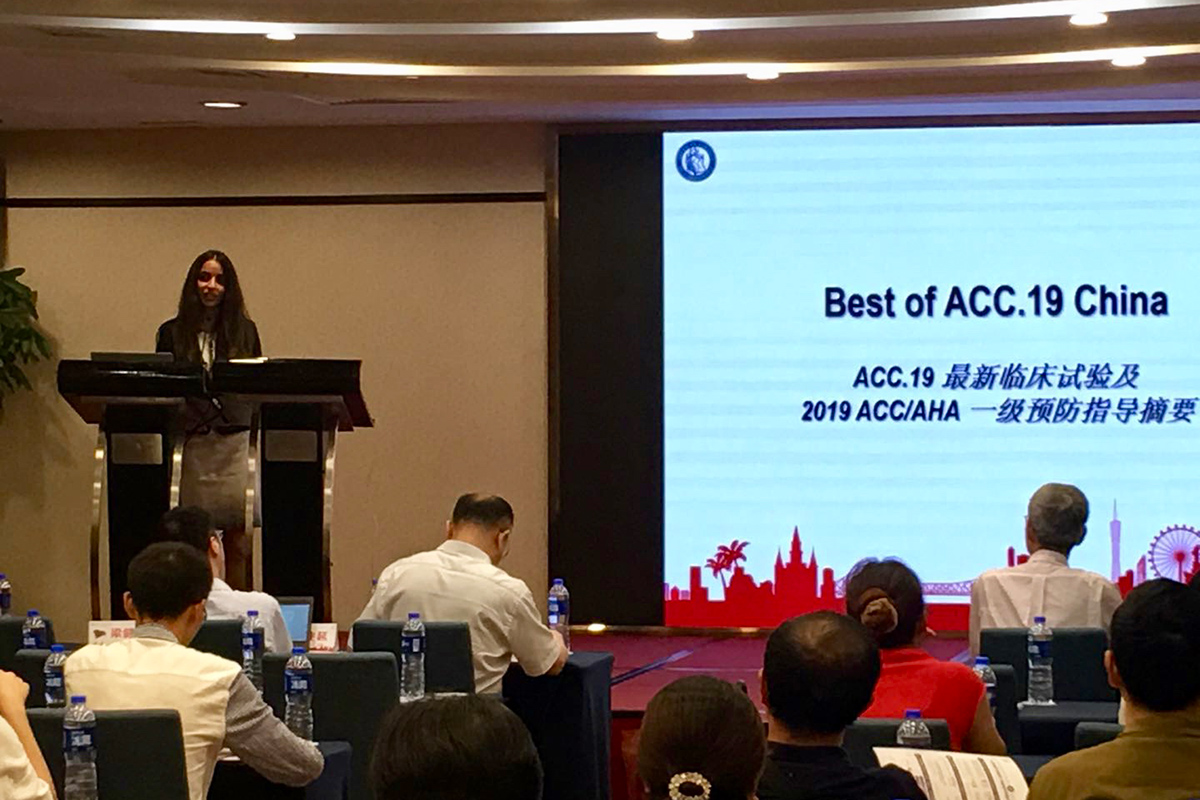 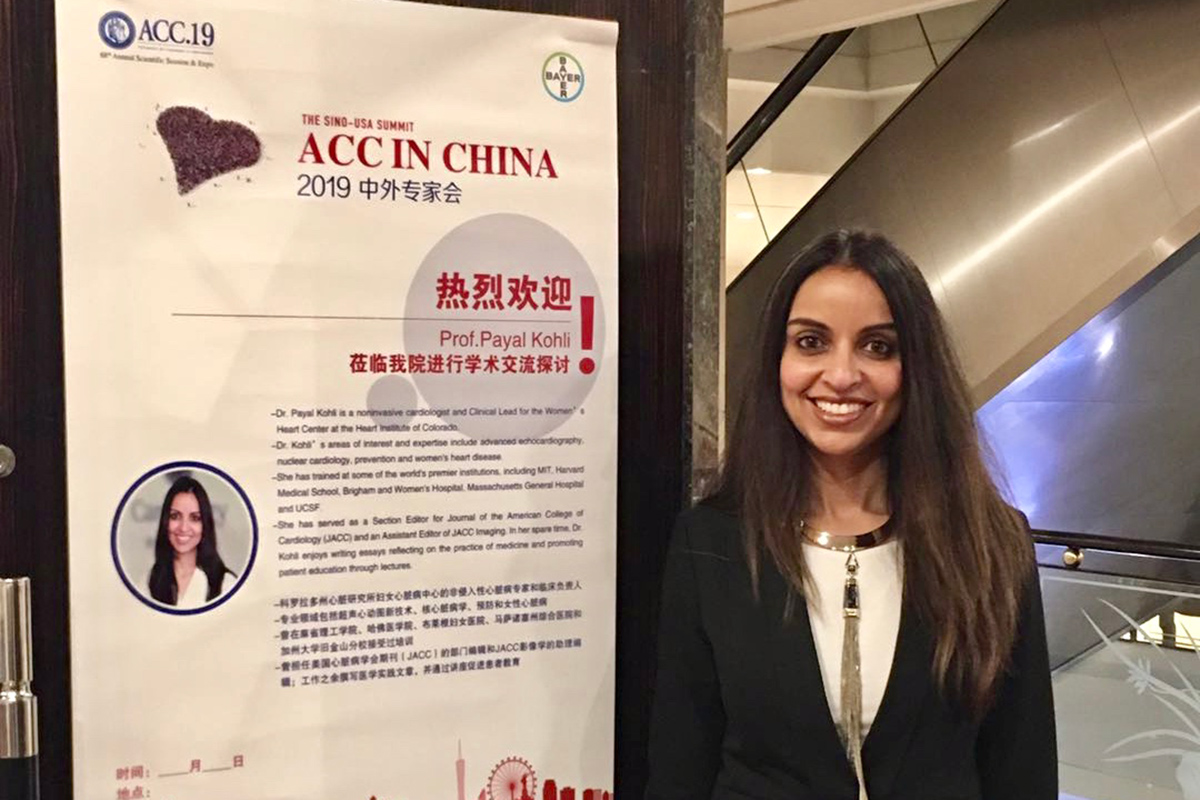 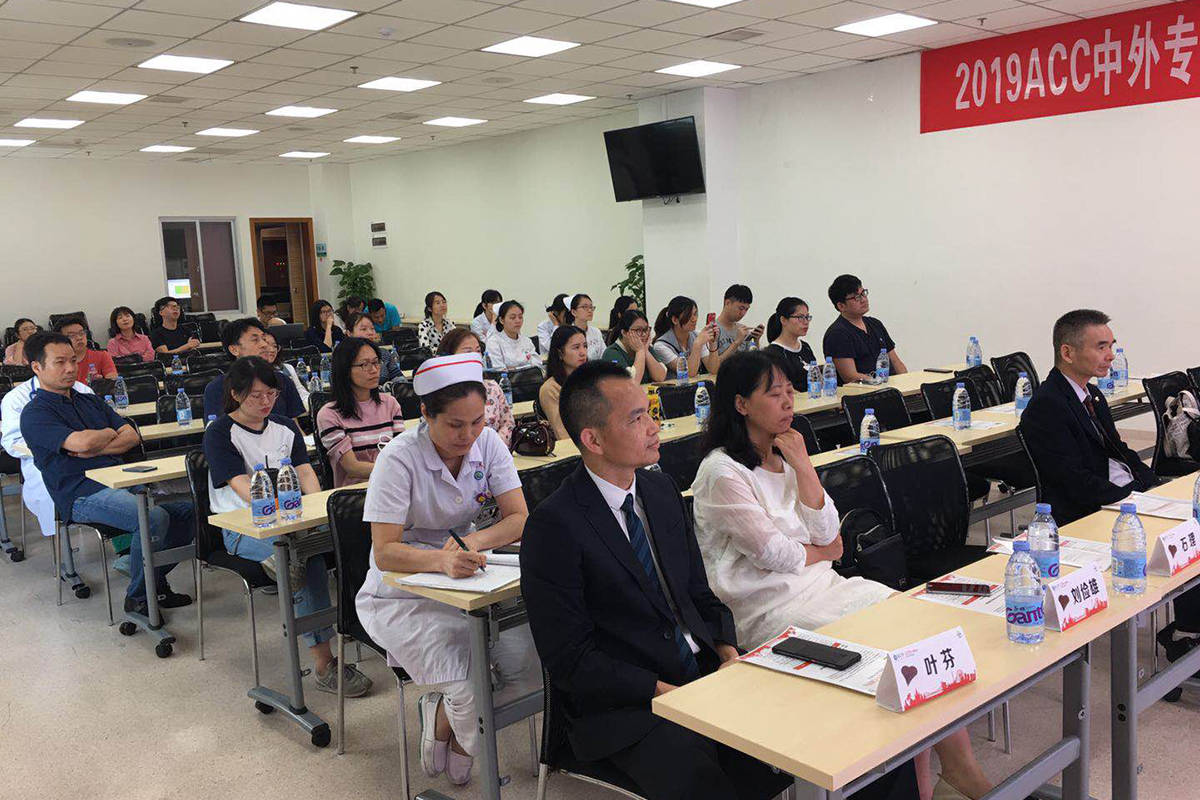 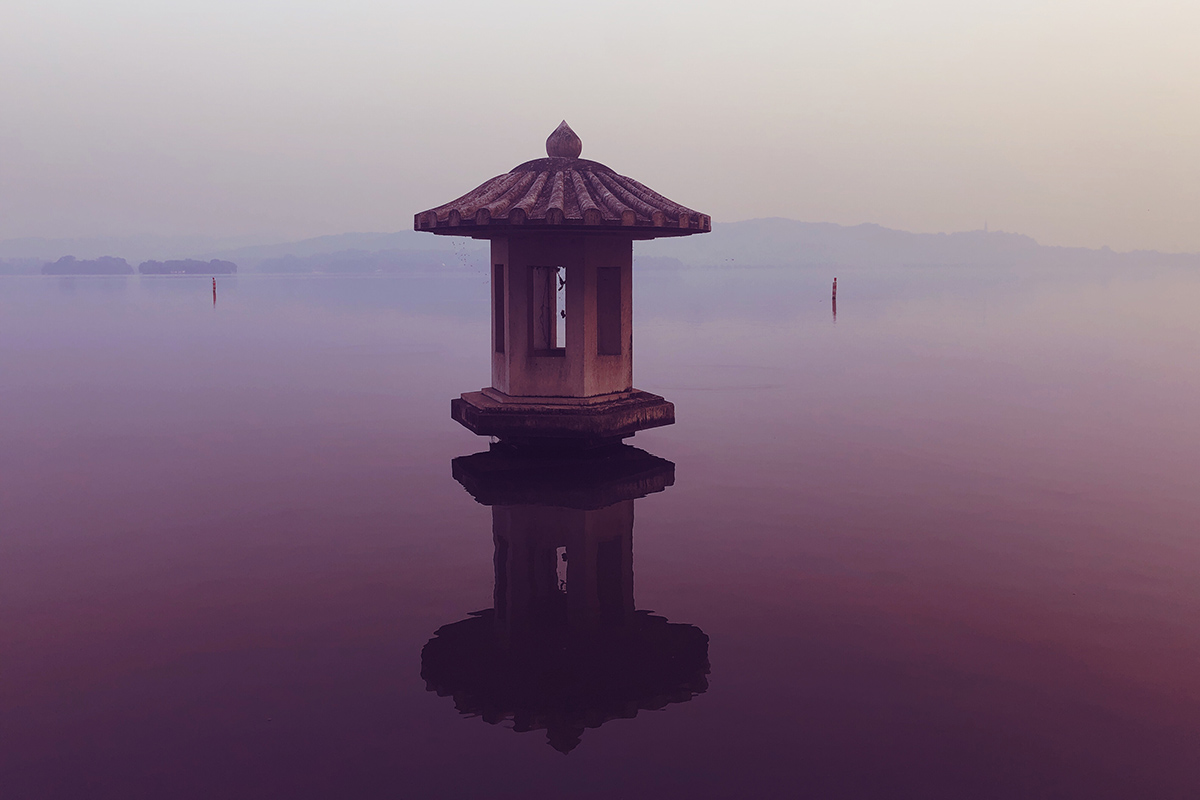 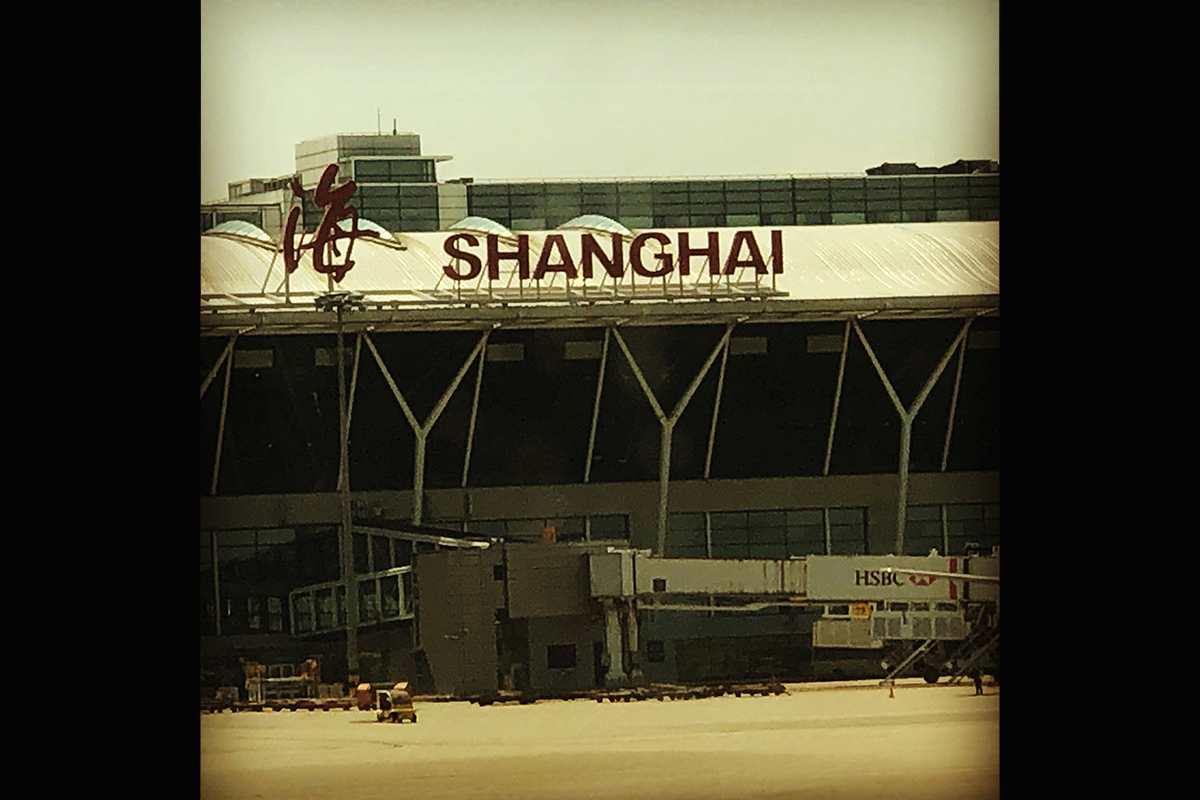 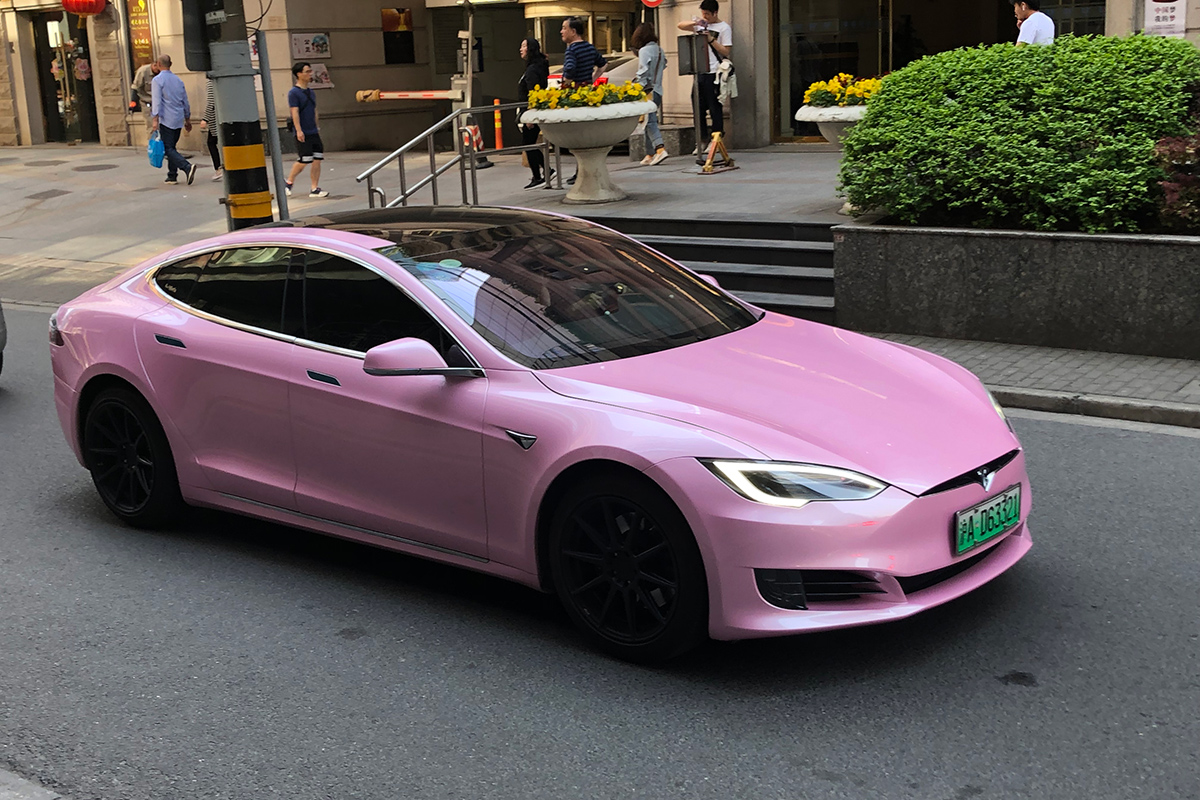 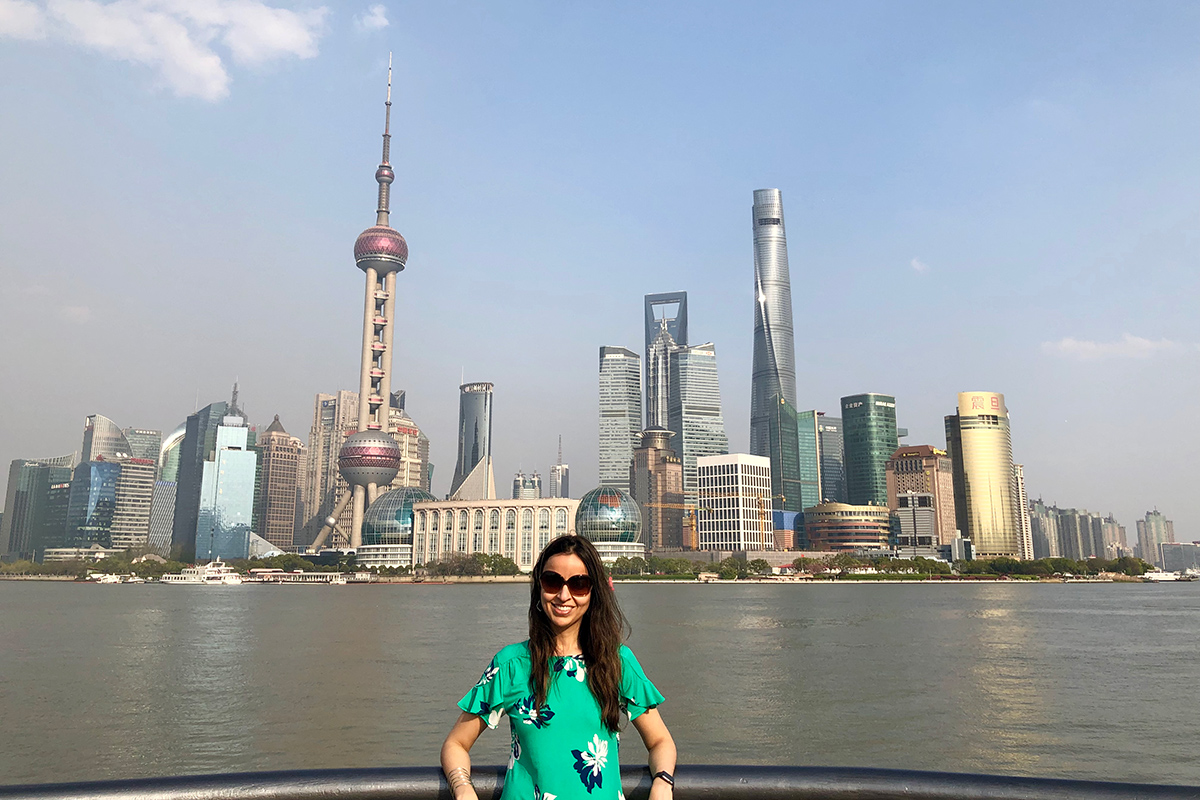 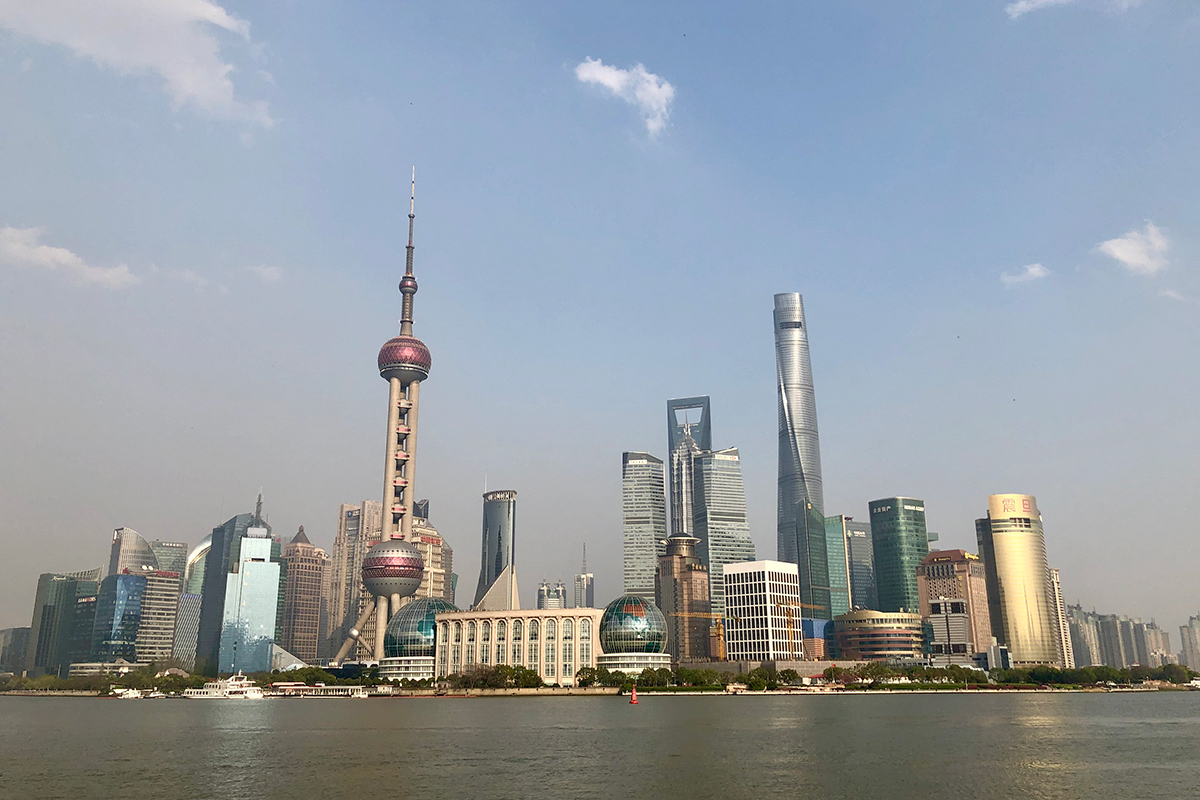 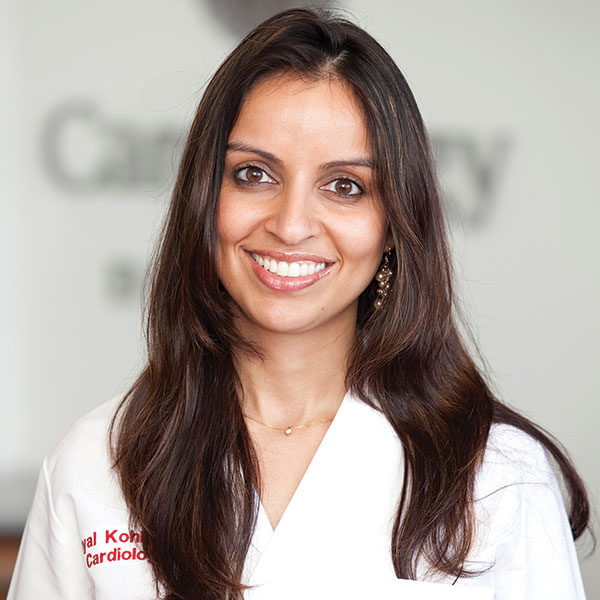 This article was authored by Payal Kohli, MD, FACC. She practices at the Heart Institute of Colorado in Denver, where she treats a variety of cardiovascular diseases, and is the lead physician of the Women's Heart Center.

YOU ARE HERE: Home > Latest in Cardiology > Feature | Best of ACC in China: My Experience, My Perspectives