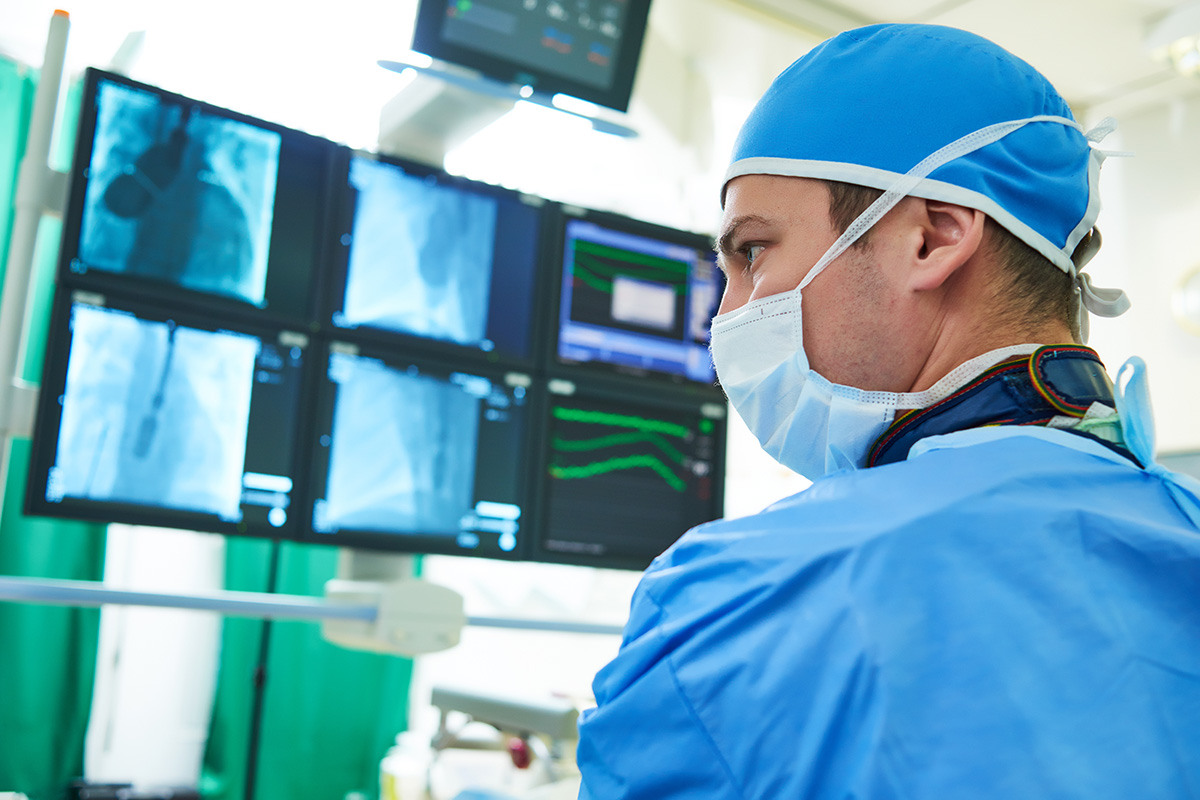 The results of the #ISCHEMIA trial were published on March 30, amidst the coronavirus pandemic.1 The news and social media, overwhelmed with the pandemic coverage, paid little attention to the published data. Heated debate about the results was generated in the field of cardiology when they were first announced in November 2019 at the American Heart Association's Annual Scientific Sessions.

In brief, the study showed no significant difference in death, myocardial infarction, resuscitated cardiac arrest or hospitalization for unstable angina or heart failure during follow-up. But it showed that patients who received revascularization had greater improvement in quality of life measures.

This was not particularly new for cardiologists. Multiple studies have shown similar results in this patient subset. ISCHEMIA, however, was one of the biggest, well conducted studies on the topic. To no one's surprise, the media outlets were flooded with eye catching, misleading and sometimes inaccurate headlines. Some headlines raised questions about the need for revascularization in patients with stable CAD all together.

In some instances, articles even questioned the integrity of cardiac specialists and researchers. Many in the field, including the leading societies, responded to explain the study findings; but most used distant, ambiguous language or addressed the scientific aspects rather than the human side.

To put things into perspective, here I share three short stories based on my interaction with real patients I've had over the years (and I've changed their names). Stories to which I believe both patients and physician can relate. 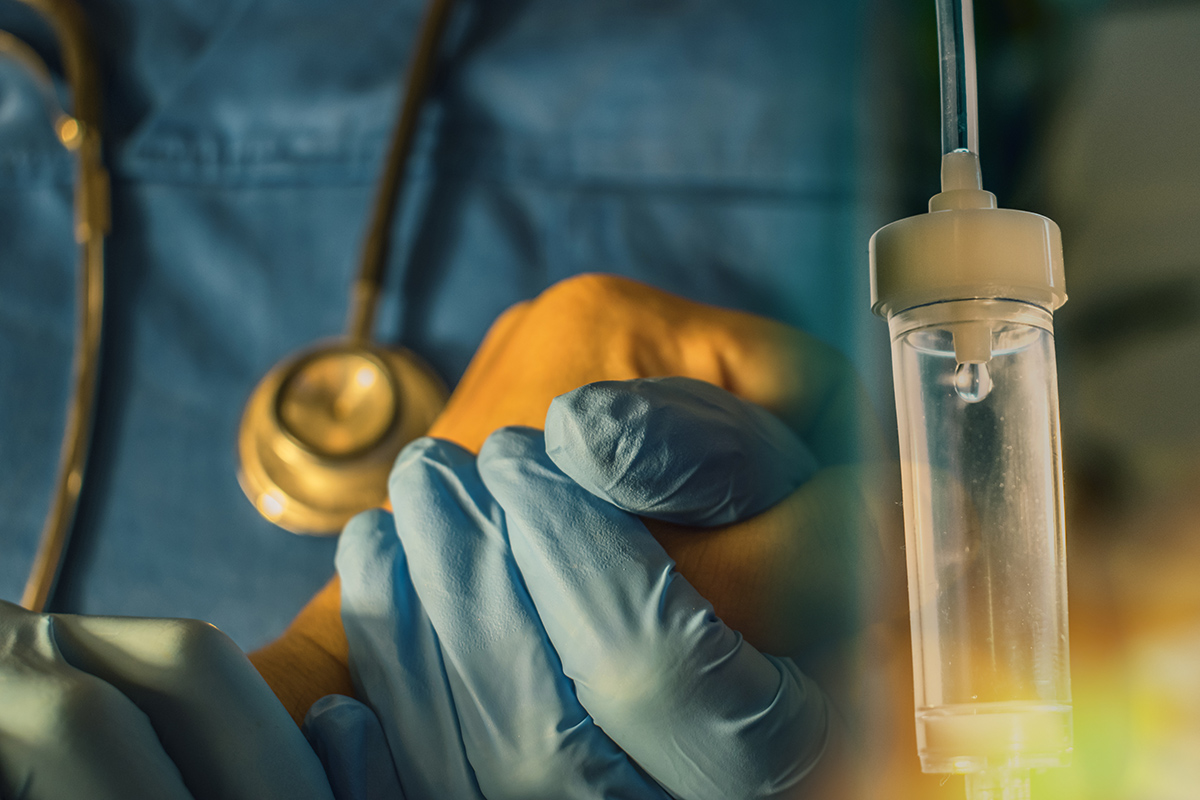 As physicians, we investigate all factors and assess a patient's risks and the benefits of every treatment option. We then present those to the patient and through shared decision-making help them make the best decision that fits their goals.

These stories of my patients remind us how much thought and work physicians put into providing quality care. For us, these decisions are never black and white, and it's always about doing what's right for the specific patient.

In recent years, I have noticed that our medical community has suffered worsening tunnel vision when it comes to clinical trials. Don't get me wrong, I'm not against evidence-based care; on the contrary, I'm all for it. What I caution against is how some of us apply the evidence. 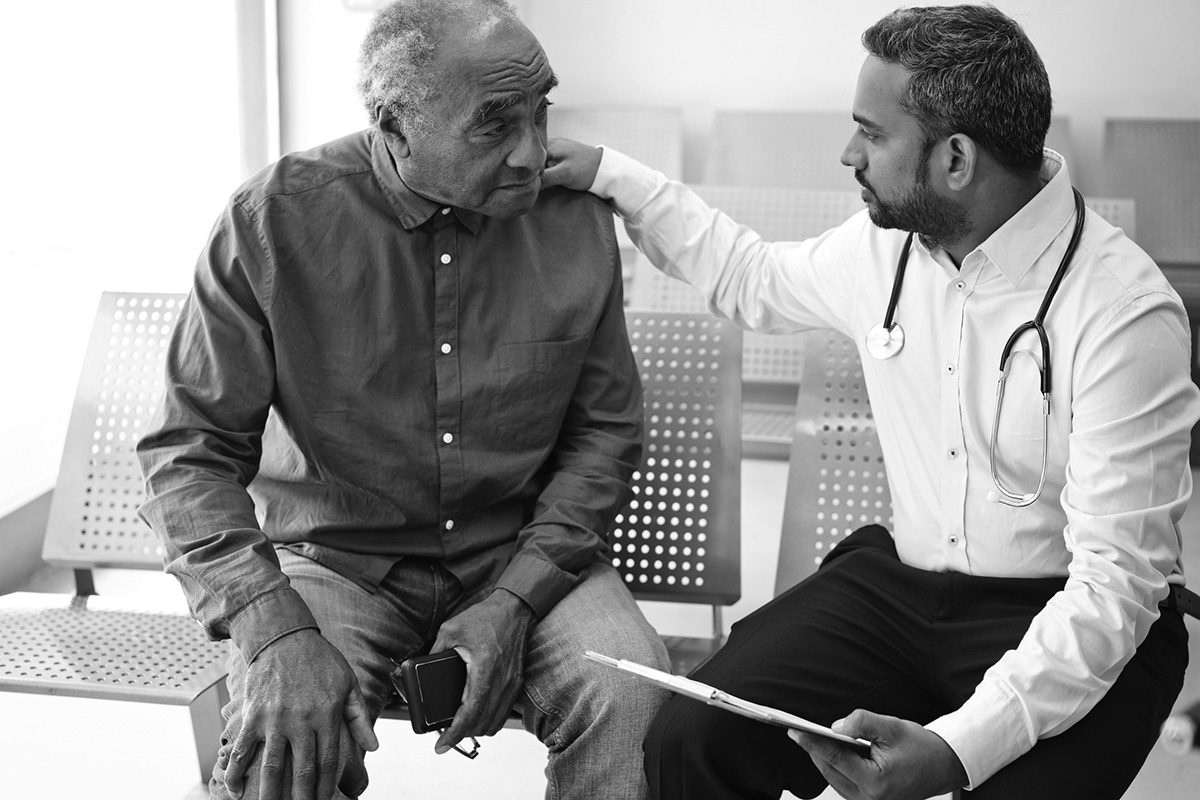 I'd been seeing Jim and his wife Kimberly for three years when they returned for their regular follow-up on a cold November morning. Jim did not have the big smile I'm used to when I greet him. "I'm alright," he answered when I asked how he'd been doing. Kim shook her head in disagreement. When I said that it didn't look like Kim agreed, Jim replied, "I don't know Doc. I can't do things anymore."

Jim had a heart attack two years before we met. At the time, his angiogram showed severe flow limiting blockage involving the left circumflex artery (LCA), a moderate lesion in the mid left anterior descending artery (LAD) and a near total occlusion involving the right coronary artery (RCA).

He received a stent to the LCA and was started on several medications to treat his heart attack. Three days later, he left the hospital, soon thereafter he joined a cardiac rehabilitation program. In a few weeks, he was back to doing what he enjoyed most: spending time at his cabin.

Jim is a veteran who spent 10 years in the service before returning home and joining a small construction company. He and his wife bought a small cabin on a lake, where Kim reads and Jim splits wood or fishes in the lake. During his last visit, Jim mentioned that he felt chest pressure when splitting logs or pushing his small boat into the water. The pressure resolved when he sat down for a few minutes.

Jim's stress test showed a moderate size defect. He continued to have angina and we increased the dose of his antianginal medication. We discussed the options going forward: continue medical therapy alone or do an angiogram to see what his coronary arteries looked like and if they would be amenable to an intervention with a stent or require bypass surgery. His angiogram showed severe progression of his coronary disease in the areas that the stress test had showed the defect and a widely patent stent to the LCA.

He had no high-risk features that would carry imminent danger to his life. We talked about the findings and the progression of his disease and he asked for a few days to think about it. We increased his antianginal medications and scheduled a follow-up in a few weeks. Two days later he called saying he wanted the procedure. Both diseased arteries were treated successfully with stents.

A month later when they returned, Kim had a smile filled with gratitude and Jim gave me a warm handshake and said, "I'm feeling much better doc! We went to the cabin last week and took the grandkids with us. I'll be honest, I couldn't chase them down, but we went fishing and I taught them how to split wood. They loved it!"

Over the course of three months he was off two of his antianginal pills and only needed a small dose of another. I saw him for years thereafter and even though I moved to a new practice, I still get a card from them during the holidays.

My Doctor Said I'll Be OK 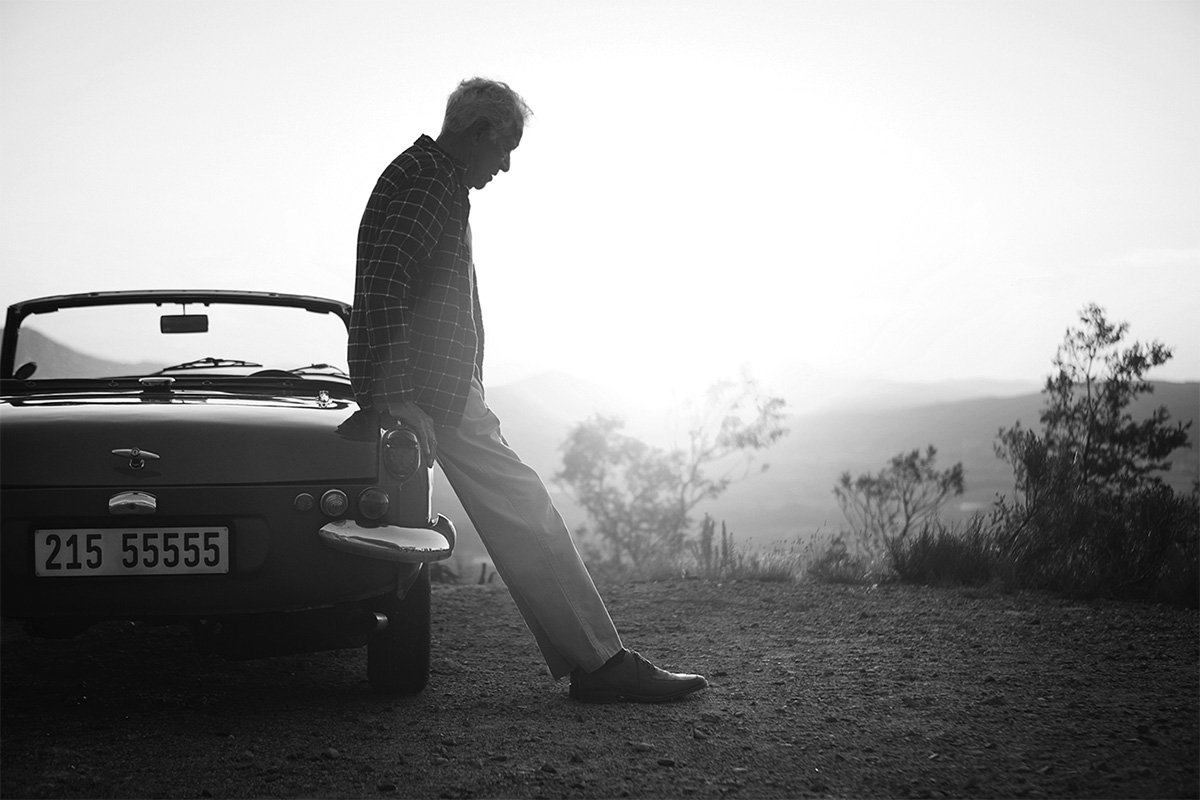 Tom is a 70-year-old widower. He and his wife Judy were married for 43 years before she passed away from cancer. Tom retired eight years ago after working in a factory for much of his life. He suffered from arthritis and had multiple operations on his joints. For the past few years, he had been using a cane or a motorized scooter to move around. I first saw him after one of his knee operations when the anesthesiologist noted atrial fibrillation and referred him to the cardiology clinic. We talked about the risk of stroke and options for rhythm and rate control and together we decided on a rate control strategy. He was also started on a blood thinner to mitigate the increased risk of stroke.

Recently he moved to an assisted living facility. At our clinic visit, along with sharing that he liked it there and had made friends, he said he was having chest pain "every now and then." The chest pain occurred randomly, sometimes when walking a long hallway or getting in and out of his scooter. It lasted for a few minutes and resolved on its own. He first noticed it a year ago, but now it was happening more often.

We discussed the concern that his symptoms were likely due to CAD and the options to better assess his risk. I recommended antianginal medications. He was not keen on having any procedures but agreed to a stress test, which showed a large area of ischemia. An echo showed a normally contractile heart muscle, but a coronary angiogram thereafter showed significant but stable disease in two of his arteries; a 90% lesion in a large marginal artery and a similarly severe lesion in the mid RCA.

After his procedure, he asked if we could fix his coronary arteries. I sat with him and we talked. I explained that it wasn't about what we could do, but what needed to be done. As his symptoms significantly improved with the medications, he would not gain much by having his arterial blockages fixed. Moreover, his risk of a bleeding issue was high and stents meant more medications that could increase that risk. He understood and agreed. Tom went on to do well. His chest discomfort essentially resolved with the antianginal medications. He continues to enjoy playing cards with his neighbors at the assisted living facility and keeps telling me that he brags about how he's lucky that he doesn't need stents or surgery, unlike many of them, saying: "My doctor said, I'll be ok!"

Teresa became a grandmother just a few months before she started noticing that everyday chores felt like a workout. She had to stop to catch her breath at least once when making the bed. Walking the dogs was no longer the usual one-mile walk, and was reduced to a few hundred yards. A smoker for many years, Teresa attributed her symptoms to emphysema, a condition she'd been dealing with for years.

As time went by, her symptoms did not improve, even though she used her inhaler regularly. Her primary care doctor referred her to a cardiologist. A stress test showed a large area of ischemia and ventricular dilation on stress, findings that often suggested blockages in multiple coronary arteries. She was referred to me for a cardiac catheterization.

I first met Teresa in the cath laboratory. She appeared nervous and asked me to make her better. She had severe disease involving the LAD, LCA, RCA and a large diagonal artery, all of which were reasonable targets for either stenting or bypass surgery.

We sat down afterwards to discuss both options. I explained that with her degree of CAD, stents were less ideal because of the number of stents needed and coronary bypass surgery would potentially offer a better long-term outcome. We also discussed the need to start her on new medications and stressed the importance of her meeting our cardiac surgeon. Finally, I told her that if the surgeon did not think she'd be a good candidate we could discuss stents.

Teresa had coronary bypass surgery. She spent a week in the hospital but recovered well and went through cardiac rehabilitation.

She had a big smile when I saw her soon after. "I feel like a new person! Aside from that sore spot where they stitched me, it's unbelievable how much better I feel." She was walking two miles. "The grandkids love their new grandma too. They keep saying "Grandma is back!" She was also happy that her primary care doctor managed to cut some of her pills. "I am truly grateful to you, the surgeon and your wonderful teams."

This article was authored by Luai Tabaza, MD, a graduating CHIP interventional cardiology fellow at the Einstein Medical Center in Philadelphia, PA. Follow him on Twitter on @Tabaza.

YOU ARE HERE: Home > Latest in Cardiology > For the FITs | The Stories of ISCHEMIA