Cardiology Fellowship in Venezuela: Training in Times of Crisis 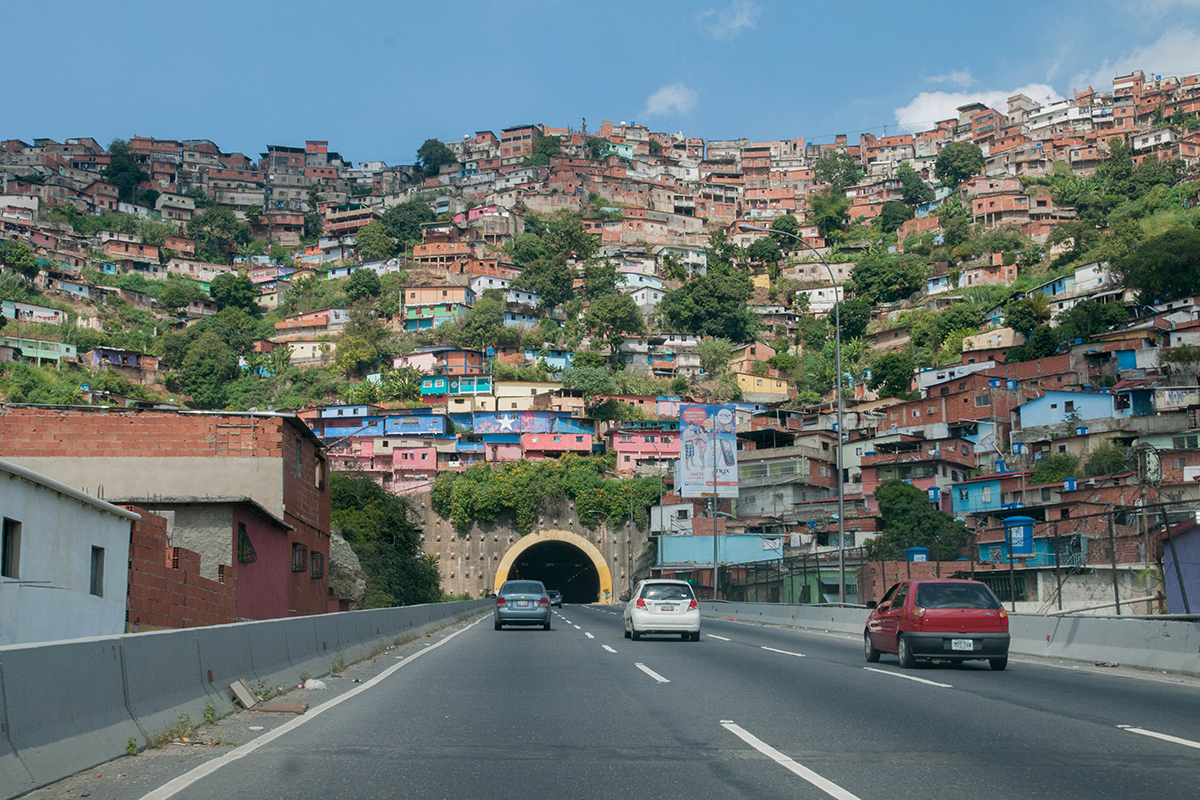 I still remember my first day of cardiology fellowship vividly – feeling fortunate to be able to do fellowship in what was considered the best academic hospital of my home country of Venezuela, the Hospital Universitario de Caracas (HUC).

The HUC historically had been the most demanding academic center in the country. It was a public hospital with more than 1,200 beds and served as a hub not only to the entire country but also neighboring countries in South America and the Caribbean.

The cardiology program at the HUC was on a par with many around the globe; on a daily average, the department completed more than eight cardiac surgeries, implanted more than five devices (pacemakers, defibrillators and CRTs), and performed more than 10 cardiac angiograms (diagnostic and therapeutic).

On my first day of fellowship, I woke up at 4:30 a.m. and arrived at the hospital by 5:30 a.m., as was expected of me. However, that morning was different than what I had anticipated – I found myself in a hospital that had halted in the past. The physical structure was old and worn-out, the floors were cracked and the years gone without maintenance could not go unnoticed. Patients and their families were sleeping on the floor, inside and outside of the hospital. There were street vendors all over the hospital selling food as well as medical supplies (gauze, syringes, lab tubes and gloves).

The queue for the elevator was endless, as only half of them were functional. I went up to the cardiology service through dark and malodorous stairways and hallways.

We were greeted by the senior fellows at 6 a.m. and were welcomed by the fellowship leadership at 7 a.m. We were then toured around the hospital.

The cardiology service had two general rooms with 35 patients each, one for men and another one for women – there was no privacy separating the old, iron hospital beds with broken mattresses, piled one next to the other.

There was only one bathroom per general ward and cleaning them was responsibility of family members and patients!

You could clearly feel the socioeconomic crisis of a collapsing country – patients were responsible for their own meals and all their medical and surgical supplies. Due to the nationwide crisis, patients were also expected to find and buy more than 80 percent of their medications. 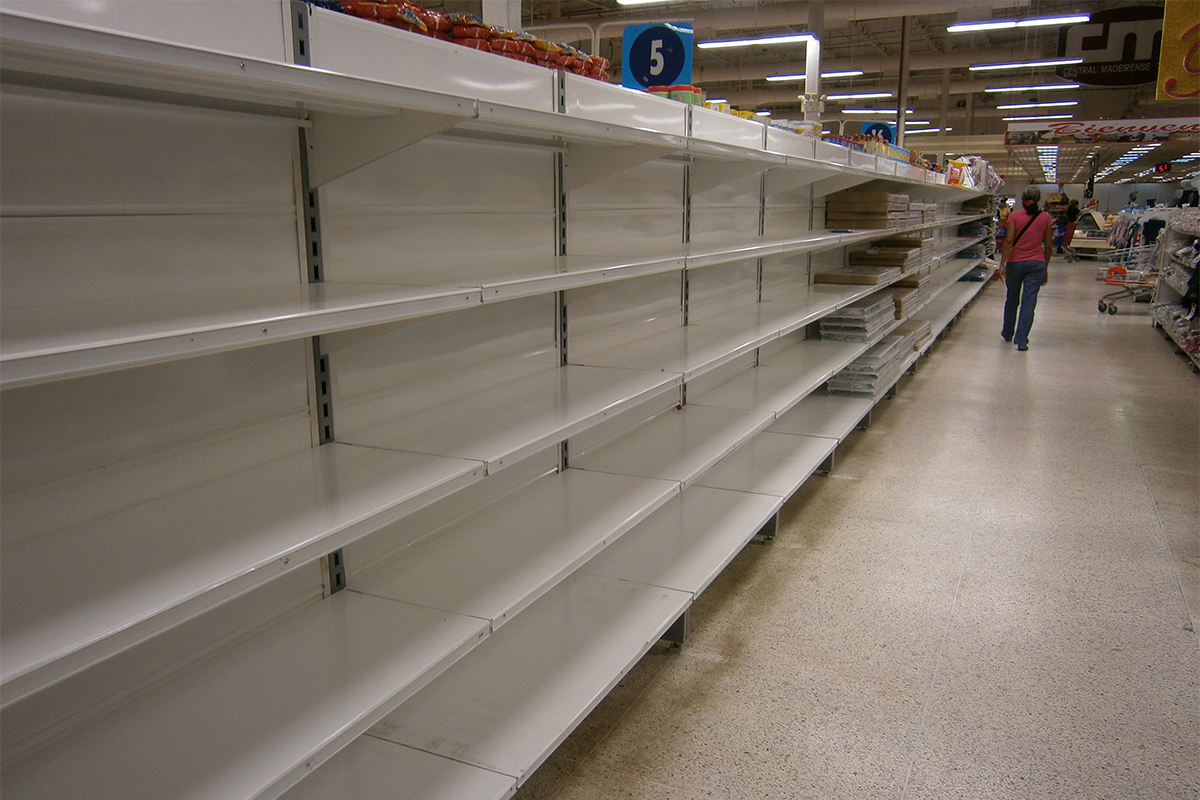 This was extremely challenging, as most of them were in a national shortage in all the drugstores of the country.

We then visited the coronary care unit (CCU), which had only four functional beds at the time. Next to the CCU was the electrophysiology area, which included a Holter reading area and an electrophysiology (EP) lab.

We were told that the EP lab had a waiting list exceeding 100 patients in need for any EP-related procedure, mostly devices.

The echo lab had three (out of six) functional machines, and only one for transesophageal echocardiogram and stress testing. Interventional cardiology had only two active cath labs – yet only operational from 7 a.m. – 12 p.m. Monday to Friday – and the patient had to purchase most of the supplies prior to any diagnostic or therapeutic procedure.

As fellows, we were expected to call the patients on the waiting list every year to inquire on their status and update the lists – hundreds had died waiting. There were no electronic medical records – only four computers where relevant patient information was stored in Word files.

Fellows rounded with their personal laptops in order to do daily progress notes. We were supposed to be 18 fellows – six per year – but when I started, there was only one third-year fellow, five second-year fellows and six first-year fellows.

Predictably, our training had a very heavy focus on medical history, signs and symptoms, and a detailed physical exam. Electrocardiograms (ECG) had to be interpreted to perfection, since sometimes all we had to make a diagnosis was our stethoscope and an ECG.

If we needed labs, we would draw our own samples, but the patients had to go to an external private laboratory to get them processed – and only during the day because at night it was too dangerous.

We had a small portable echocardiogram machine that we could use when we were on call. It did not have the best resolution, but it certainly helped us out many times. We had lectures every morning and bedside cardiology rounds with the entire service three times a week. Our patients were more like family, since a lot of them would spend even nine months in the hospital waiting for a procedure or cardiothoracic surgery.

Venezuela once had one of the strongest health care systems in Latin America, and now has one of the worst medical crises in the world. Fellowship was certainly a difficulty time; however, despite the challenges and with dedication and hard work, I still managed to achieve my goals.

Fellowship certainly had its deficiencies and limitations, but I never stopped studying and learning the technique of a procedure or specifics of a certain drug, even if we did not have it available; even though we did not have the resources to comply with the ACC/AHA and ESC Guidelines, we were required to know every single recommendation by heart.

We did not have internet or a library in the hospital, but our attendings would share access to medical journals with us so we could prepare for conferences and lectures.

Despite the challenges of my fellowship, not everything was dark and grim. The house staff and entire HUC personnel had such a bright light that it truly made me forget the misfortunes we were going through. The deterioration of the system was compensated with academia, with the genuine commitment of every faculty member who never ceased to lower their professional, moral and ethical drive.

My attendings were recognized cardiologists at a national and international level, who decided to dedicate their time to teaching and patient care, without major compensation.

The HUC was a victim of a plummeting health care system. Providing guideline-based care certainly was jeopardized and I could never have dreamed of doing research, but we were always encouraged to know the literature even if we could not put it into practice.

We were trained to be the best patient advocates possible. We provided patient-centered care to the best of our abilities and at the end of the day, we celebrated every single accomplishment no matter how small, because we knew just how much work resided in our efforts and how grateful our patients were for our commitment to them.

My aim is to focus my cardiology career on prevention and education. In a country with so many limitations like Venezuela, we must educate about prevention because we cannot rely on drugs and procedures to treat the disease.