Caring For a Non-COVID-19 Patient During the Pandemic

On the night of May 7, 2020, the COVID-19 curve was going down but New York City was still under official lockdown. I was the cardiology fellow on-call for the night shift. The emergency department called a STEMI code and I rushed down with my resident. It was an 89-year-old Spanish-speaking woman who looked lethargic. Her caring daughter kept engaging her mother and holding her hand while attempting to answer our history questions.

After reviewing the electrocardiogram, vital signs and the patient's comorbidities, I knew that the overall prognosis was grim. Though uncertain if it was a real STEMI, we made the decision to proceed with catheterization to curb the inevitable. I told her daughter the mortality rate was high as a result of her underlying conditions.

Over the next 30 minutes, her clinical situation deteriorated. She was started on norepinephrine and her oxygen requirements significantly increased. As we entered the catheterization lab, I feared the patient may not leave that room alive. The daughter sensed this and asked us to stop for a minute to say goodbye to her mother.

The angiogram showed no acute coronary occlusion. However, at the end of the procedure, she arrested. Twelve grueling minutes of chest compressions commenced with resultant intubation. I went with a heavy heart to talk with the daughter carrying this good and bad news all at the same time. Given the COVID-19 pandemic, no visitors were allowed in hospitals. I told the daughter she could see her mother with the news that it might be her last chance.

To my surprise, despite having chest compressions for twelve minutes, the patient was awake, squeezing her daughter's hand and nodding at her. Seeing this, I found myself giving the daughter an extra mask and asked her to accompany us to the cardiac care unit. When we arrived there, she stayed outside the room until her mother was situated, labs were drawn and drips were started. Despite our best resuscitation efforts using fluids and multiple vasopressors, her blood pressure failed to respond.

Both daughter and mother previously tested negative for COVID-19 with repeat testing at this hospitalization again, confirming negative for the patient. I asked the daughter to go into the room so she could spend time with her mother. Looking at the blood pressure reading, she understood that her mother was unlikely to survive. However, the love of a mother and daughter surpassed our understanding of clinical data when she continued to squeeze her daughter's hand despite a blood pressure incompatible with life.

Later on, I returned to check on the patient and found the daughter steadfast at her side. I was not there when the patient passed away a few hours later, but the message was passed along of the daughter's appreciation for spending the last few moments of her mother's life with her. I was not able to offer further medical therapy, but I knew that the medicine of not dying alone was what this patient truly needed. She died with her daughter by her side until the end. Unfortunately, for our COVID-19 patients, they are not afforded the same luxury. I am thankful to have been part of her care. I was reminded that medicine cannot fix everything, but compassion often steps in where medicine falls short. 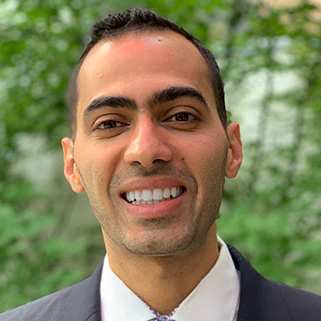 YOU ARE HERE: Home > Membership > Member Sections > Fellows in Training Section > Section News > Caring For a Non-COVID-19 Patient During the Pandemic